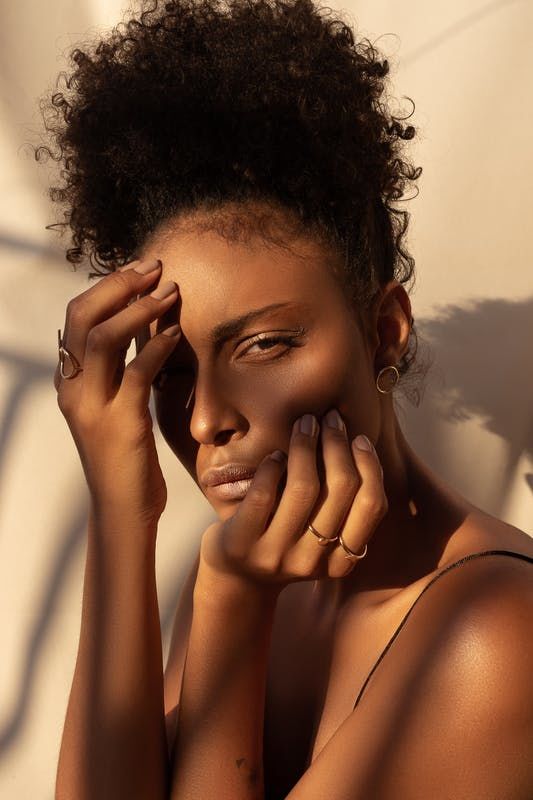 If you're nervous about getting botox, these four rejuvenating treatments may be for you.

Aging with grace is an honorable commitment, but rejuvenating treatments are a common and easy way to prolong that youthful glow. One of the most common approaches is botulinum toxin (botox), a readily used treatment to dissolve pronounced expression lines. When injected, botox blocks muscle movements which stops the skin on the targeted area from wrinkling. Unfortunately, not only can this leave your face looking stiff, but in some cases, mishaps and bad reactions have left people with bigger issues than facial groves. For more an age-defying appearance with natural results, check out these four powerful treatments that can replace your botox appointments. 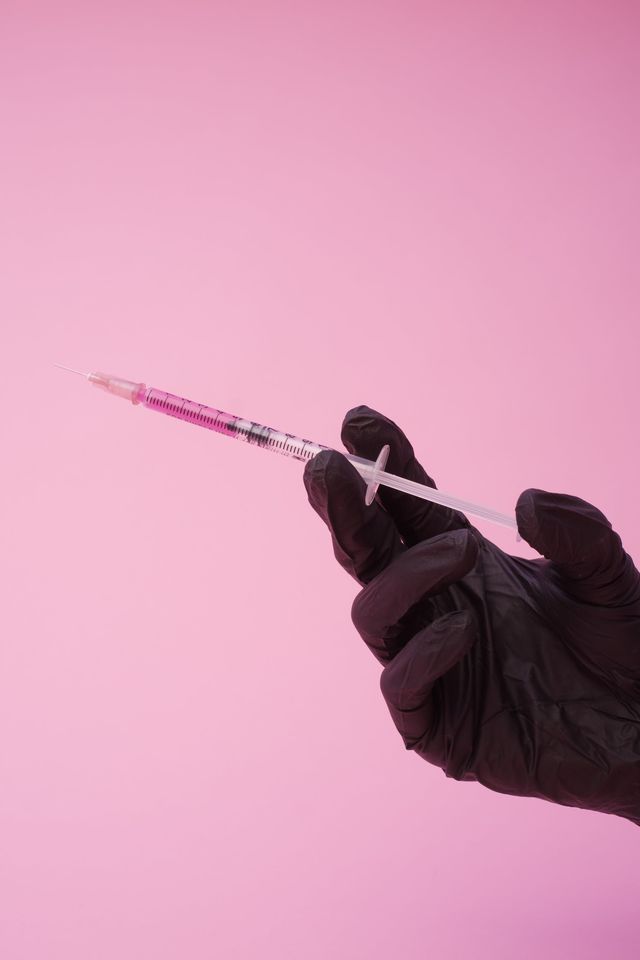 Recent breakthroughs in genetic testing have allowed doctors to create a detailed work-up of a patients needs, better allowing them to treat their issues. “Through saliva, tests can analyze the skin's DNA and point out specificities such as a propensity to acne or photoaging, level of sensitivity and reactivity, and even the ability of the skin tissue to heal. The advantage is that they help the dermatologist indicate what is best for each patient's skin, taking into account their genes, which makes it possible to have a more precise approach to each person's skin care routine, with specific products and treatments to offer what the skin tissue needs most," explains dermatologist Dr. Paola Pomerantzeff, a member of the Brazilian Society of Dermatology (SBD).

According to geneticist Dr. Marcelo Sady, the general director of Multigene, directing treatment through genetics is a worldwide trend that has been called hyperpersonalization of skincare.

“For example, the MMP1 gene genotype is related to collagen degradation eight times greater than normal after sun exposure. It is possible to see, in addition, the lack of genotypes of genes such as SOD2 and CAT, which compromises the antioxidant capacity of the skin to respond well against the action of free radicals. In other words, these characteristics predispose the patient to have more wrinkles, to suffer more with photoaging,” says Dr. Sady. “There is also the genotype of the COL1A1 gene, linked to less collagen production. This has a high influence on the result of cosmetic treatments and also in the office. For this reason, the doctor can boost these treatments by recommending supplements, which will bring substrates for greater collagen production."

"Medical experts can also use oral capsules with Exsynutriment and In.Cell for a complete treatment of these changes, as these substances are responsible for a greater production of collagen," says pharmacist Mika Yamaguchi, scientific director of Biotec Dermocosméticos. "It is also possible to perceive a form of aging related to flaccidity when it actually has to do with the loss of fat levels and structural aging, influenced by the genes LIPC, LPL and INSIG2."

She continues, “In the case of creams, this type of patient must replace this fat with Adipofill, a filling substance present in creams, and use FC Oral, a powerful anti-inflammatory that prevents the loss of skin structures, in addition to maintaining a good diet."

A large portion of the population suffers from a complicated problem in the facial region known as spider veins (or telangiectasias), since it gives a feeling of aging and is difficult to camouflage with makeup. "The coloration of the veins and also their caliber (they are usually thin) make it difficult to have good coverage with makeup for this problem that ages the face," says vascular surgeon Dr. Aline Lamaita, a member of the Brazilian Society of Angiology and Vascular surgery. In addition to genetic predisposition, bad habits such as excessive exposure to the sun and even too much use of chemical peels can cause the problem.

To treat, it's recommended to use the Nd Yag 1064 laser or pulsed light. “Pulsed light is capable of treating the vast majority of spider veins on the face. But the Nd Yag 1064 Laser is the most specific for the treatment of vascular lesions, showing greater effectiveness. Laser shots are fired that act on the blood inside the vessel, burning the vessel from the inside, which leads to its closure," Dr. Lamaita explains. The treatment shows good results and, according to the doctor, it is done on average in one to five sessions (depending on the type of injury) and has a high level of safety, since the pain is eased with the use of skin cooling devices. 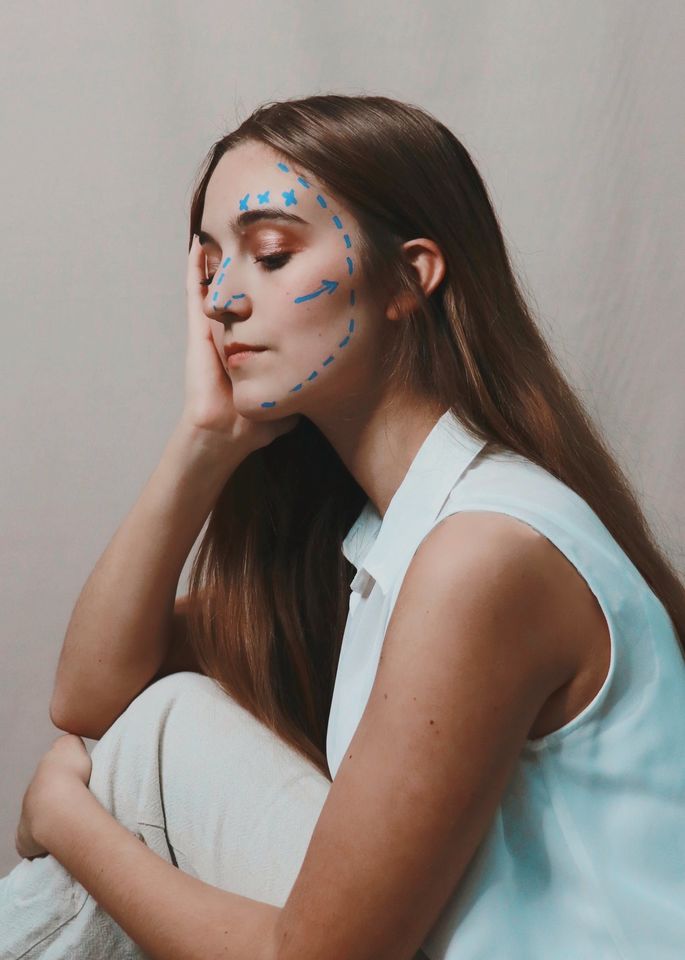 It may seem obvious to suggest a plastic surgery to change an unsatisfying appearance, but it's not so obvious when it's in conjunction with gaining a younger-looking appearance. When the nasal tip falls due to age, a rhinoplasty can help.

“Nose surgery can also have an anti-aging effect, according to a study published earlier this year in the Aesthetic Surgery Journal. This is a procedure that most people do not consider as a tool for rejuvenation, but this study showed that rhinoplasty, or nose plastic surgery, can make a woman look up to three years younger," says plastic surgeon Dr. Paolo Rubez, a specialist in Aesthetic and Reparative Rhinoplasty at Case Western University. The study, led by researchers at the University of California, used a type of artificial intelligence known as machine learning. "Until now, there has been little or no objective scientific evidence for the rejuvenating effect of rhinoplasty. But this technology has made it possible to accurately estimate age objectively and has proven to recognize patterns and characteristics of aging beyond what the human eye can perceive."

Rhinoplasty involves making structural changes to the bone and cartilage through small incisions in the nose and, when necessary, around the nostril, while the patient is under general anesthesia. While it may seem taxing, today there are several techniques that reduce swelling and pain, including Ultrasonic Rhinoplasty, in which a device that emits ultrasonic vibrations treats the bone part of the nose in a less traumatic way. 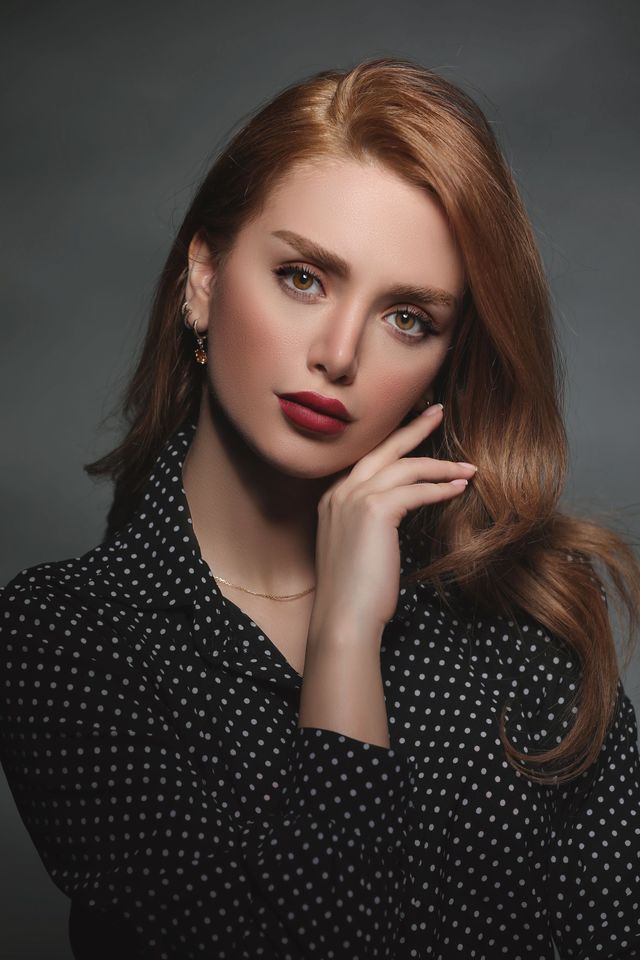 There is no doubt that, in addition to wrinkles, blemishes are also able to age the skin in a few years. To treat them, the picosecond laser represents an advance in lasers for being ultra-fast, working with picosecond pulses, and being able to treat, in the same session, sagging, wrinkles, pores, acne scars, and blemishes.

“For the treatment of spots, the laser generates a mechanical effect capable of causing a microfragmentation in the pigment responsible for the formation of the color changes, which is then eliminated by the body. As for the treatment of signs of aging, Pico Ultra 300 emits pulses of energy that produce microvesicles of air inside the skin to promote the stimulation of neocolagenesis (new collagen formation) and the harmonious alignment of collagen and elastin fibers. This promotes skin rejuvenation with reduced appearance of wrinkles and expression lines and increased firmness and elasticity. And, by producing 1064nm and 512nm wavelengths, the equipment acts on both the epidermis and the deep dermis, thus promoting an overall skin rejuvenation," explains dermatologist Dr. Abdo Salomão, a member of the Brazilian Society of Dermatology.

The equipment allows the use of very high energies to enhance results, but with reduced discomfort and without the risk of worsening age spots or acne scarring. “In addition, because it works at a speed of 300 picoseconds, the pulse emitted by the Pico Ultra 300 is so fast that it acts without causing damage to the surrounding tissues and the surface of the skin, which makes the recovery process extremely fast," highlights the specialist.