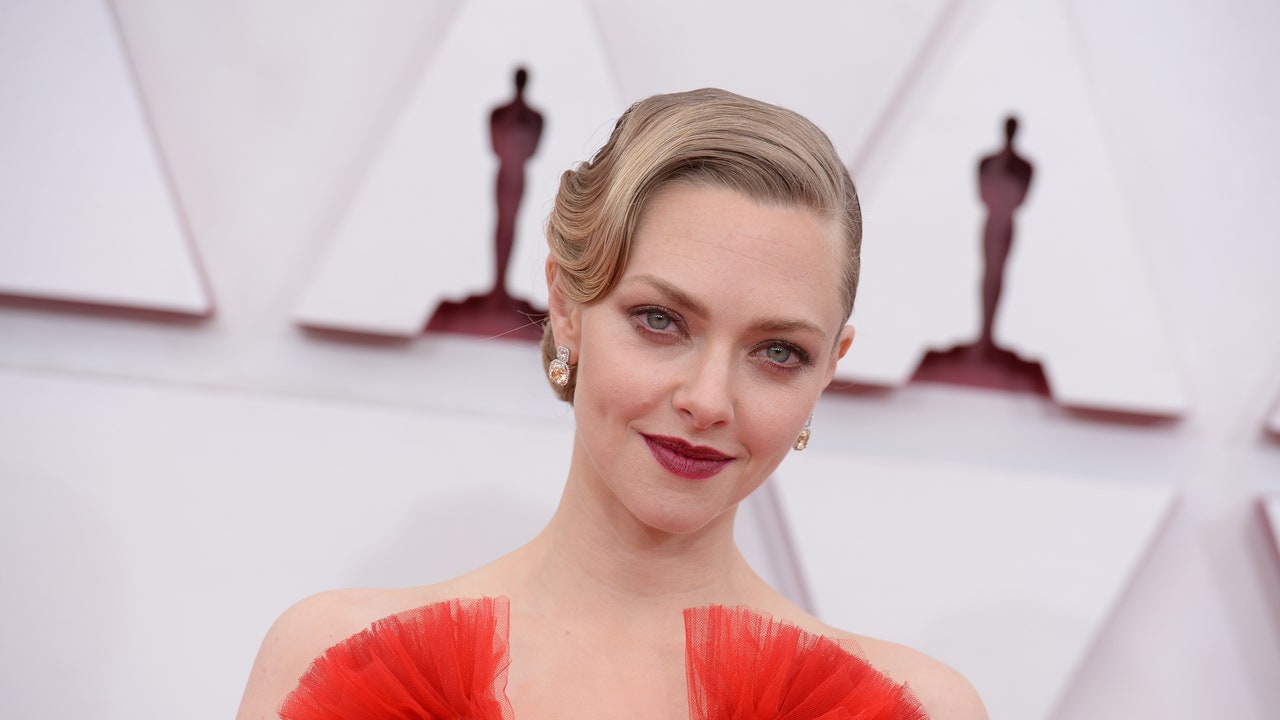 From Andra Day’s golden highlighter to Amanda Seyfried’s bold red lipstick, the pros reveal the hero makeup products they used for the 2021 Oscars.

History was made last night at the much anticipated 93rd annual Academy Awards ceremony, but now that the statuettes have been distributed and the red carpet has been rolled up, beauty enthusiasts worldwide inevitably have some burning questions: How did The United States vs. Billie Holiday’s Andra Day’s score such a gleaming finish? What was the exact shade of blue-red lipstick that Best Actress nominee Vanessa Kirby paired with her pale pink Gucci gown? Which products went into creating breakout star Yeri Han’s scene-stealing two-toned pout? Thankfully, we’ve got the answers: Here, the celebrity makeup artists behind the evening’s boldest looks reveal the cosmetics used for the 2021 Oscars. 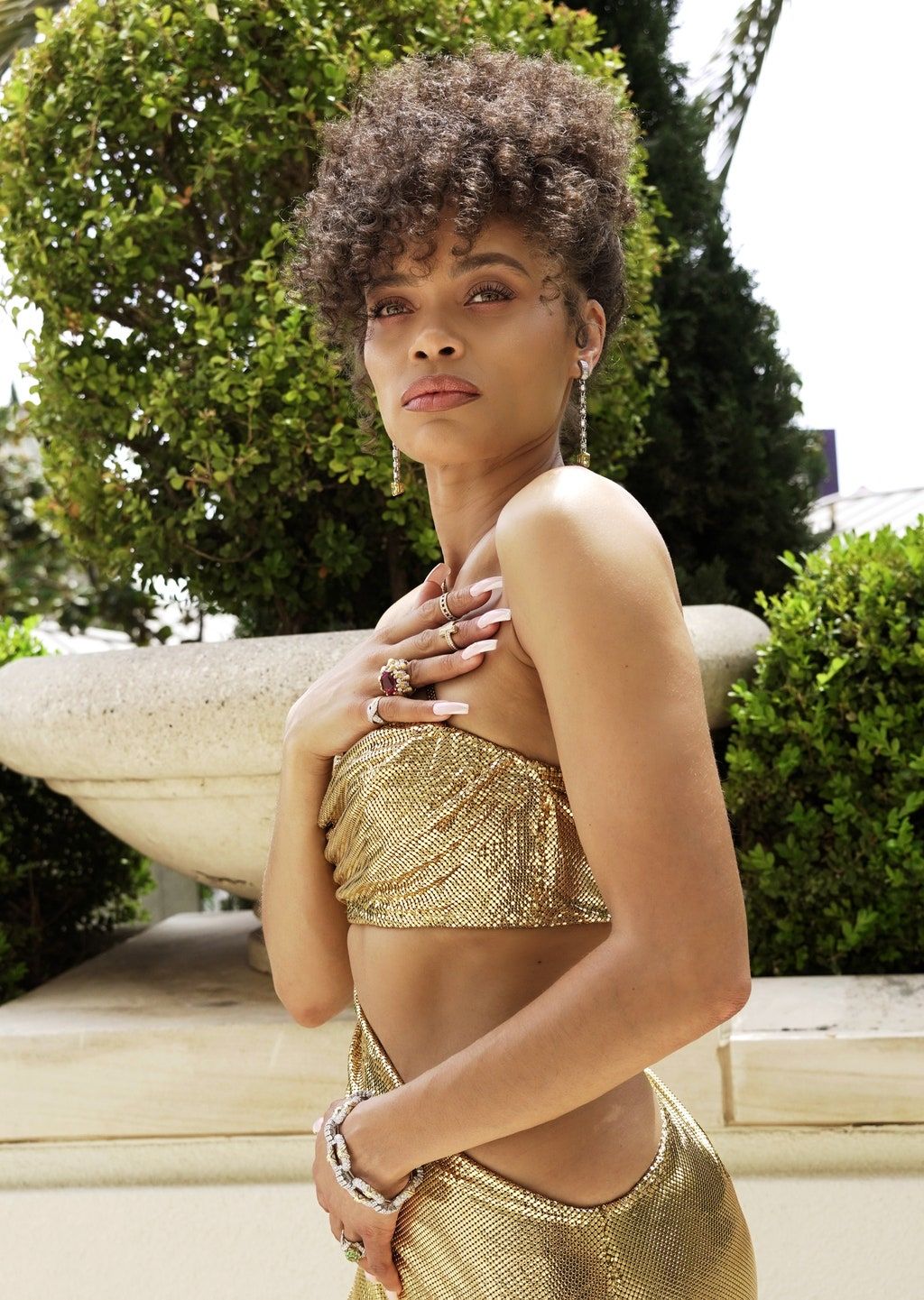 Oscars newcomer Andra Day, whose star turn as Billie Holiday in The United States vs. Billie Holiday earned her a Best Actress nominee, may have not have taken home a statuette, but she nevertheless went for the gold last night thanks to a handful of chromatic cosmetics. “I wanted Andra’s makeup to emit an otherworldly goddess-like glow,” Porsche Cooper said, noting that an illuminating blush powder from Chanel offered the “ultimate gilded highlight.” 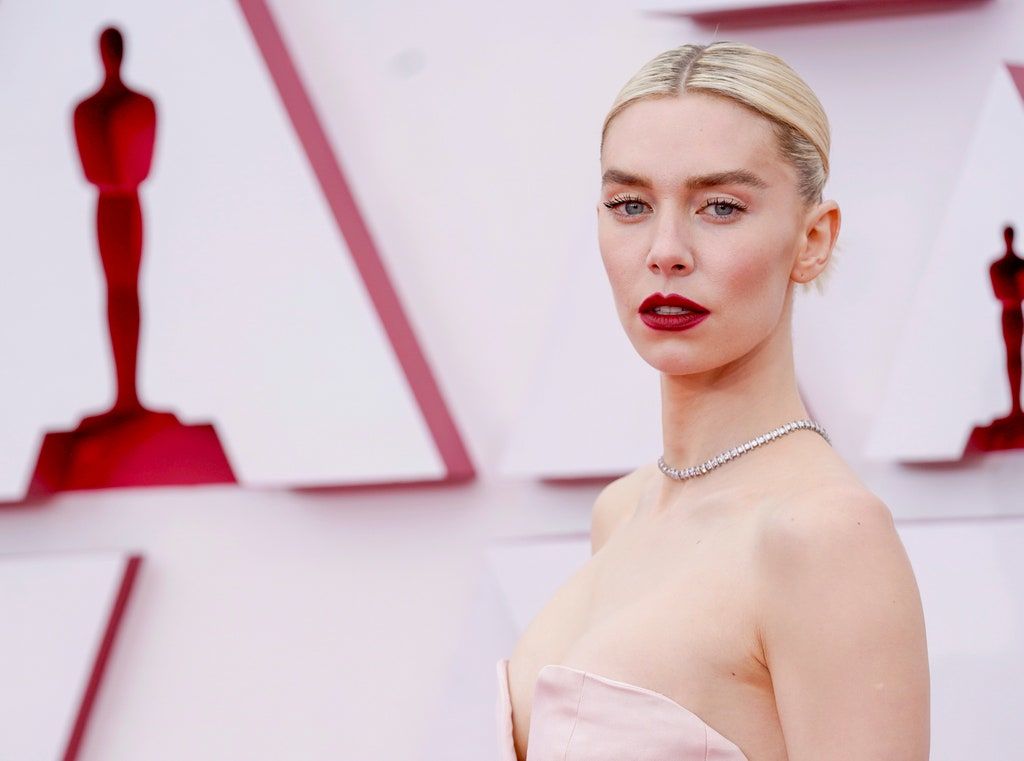 Playing off of Best Actress nominee Vanessa Kirby’s pale pink Gucci gown, Jo Baker created a deep, dark red pout with Gucci’s ultra-matte lipstick in 502 Eadie Scarlet. To achieve such intensity, she applied the pigment before blotting it with a tissue and reapplying another rich layer. 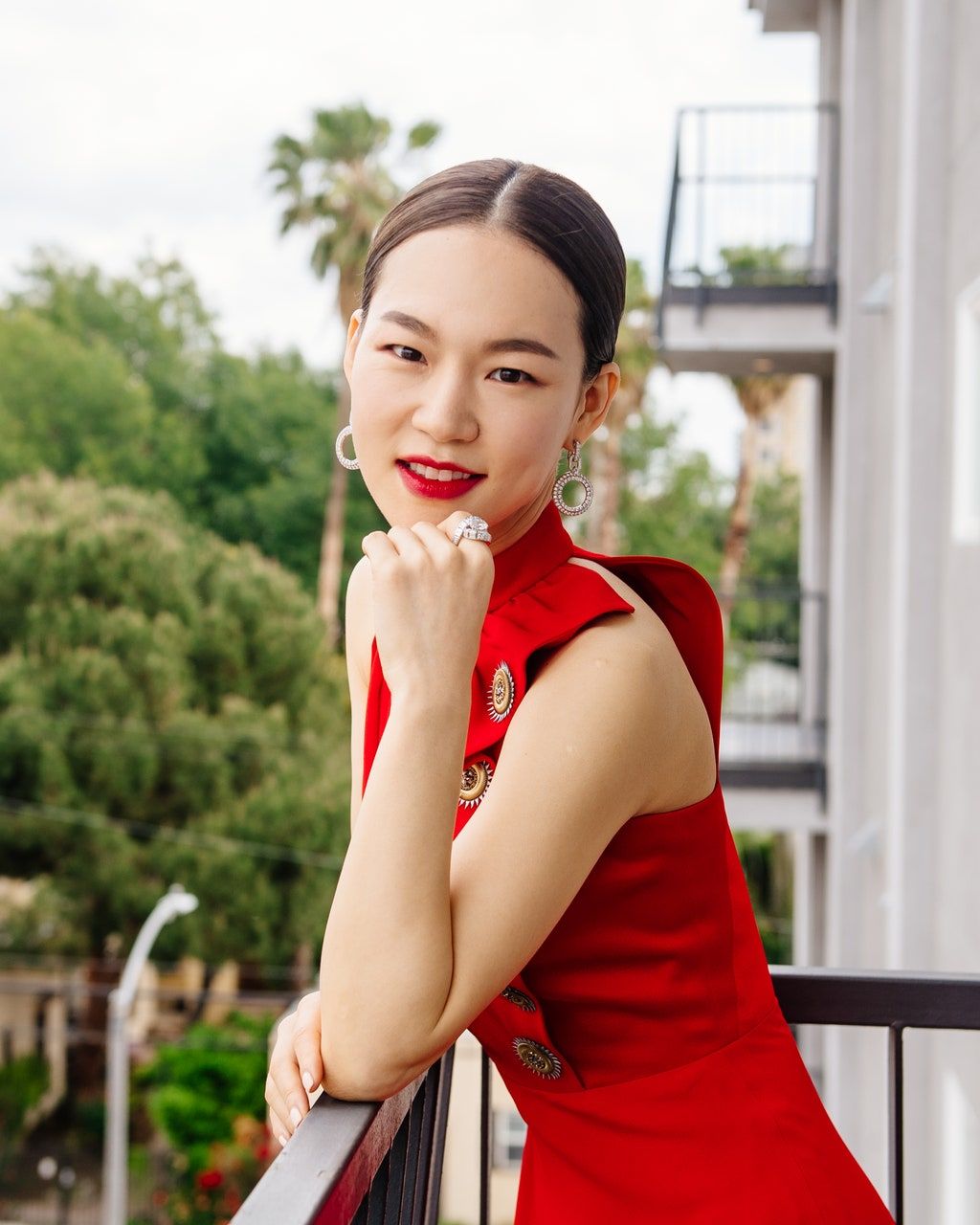 “For a modern take on a classic lip, I created a two-toned ombre look,” noted one of the industry’s rising celebrity makeup artists Kara Yoshimoto Bua. She masterminded Minari star Yeri Han’s punchy red pout with a winning combination of Chanel’s Rouge Coco Bloom Lip Colour in Magic, applied onto the entire lip, and Rouge Coco Bloom Lip Colour in Vitalité, which she feathered out for a soft blurred edge. 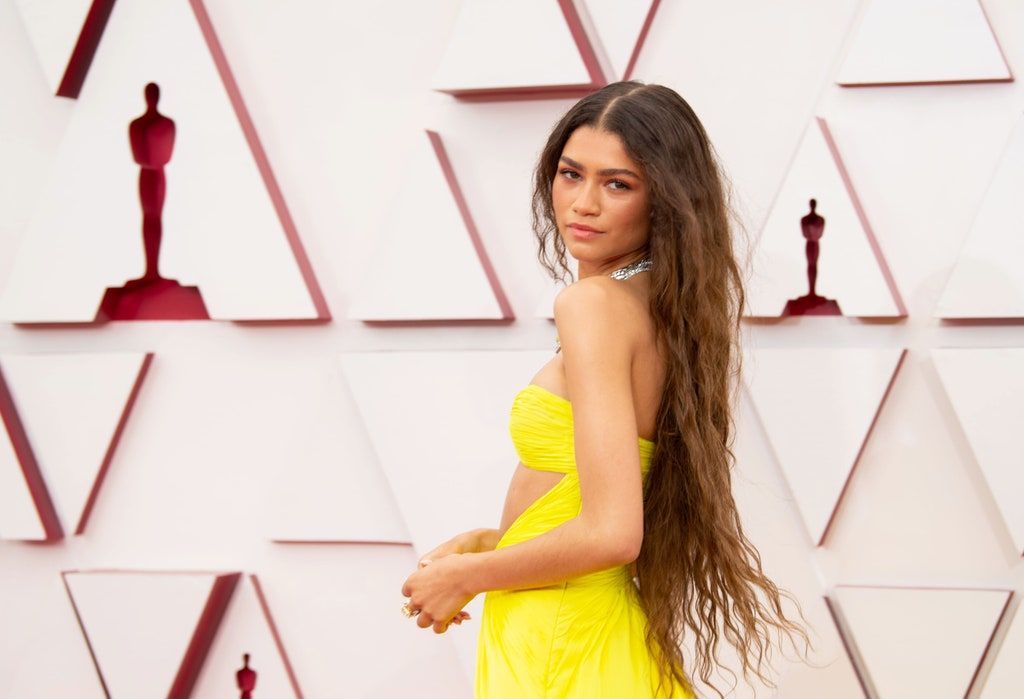 “The dress color was so bold we wanted to keep the makeup neutral with a lot of flesh tones,” Sheika Daley said of Zendaya’s pared-back above-the-neck equation, which she described as “very boho chic with clean, fresh skin.” To complete the look, Daley defined Zendaya’s signature standout arches with two shades of Lancôme’s Powdery Pencil. 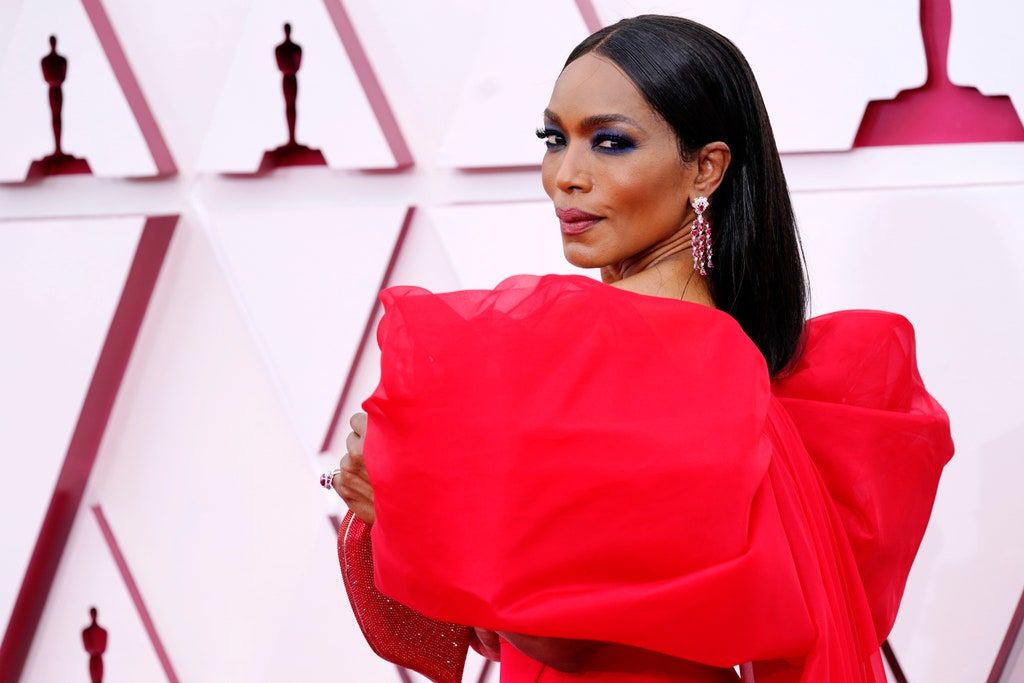 “The overall look was royal and regal, inspired by Cleopatra, a woman in charge of her own destiny,” explained D’Andre Michael, who turned to Lancôme’s Hypnôse 5-Color Palette for Bassett’s bold blue smokey eye. To begin, he brushed on a cobalt color over the entire eyelid as well as below the lashes. Meanwhile, a wash of matte navy, applied on the upper and lower lash lines and blended out to the corners, added dimension. Shimmery pearl and gold swirled together and dotted on the inner corner of the eyes provided the finishing touch. 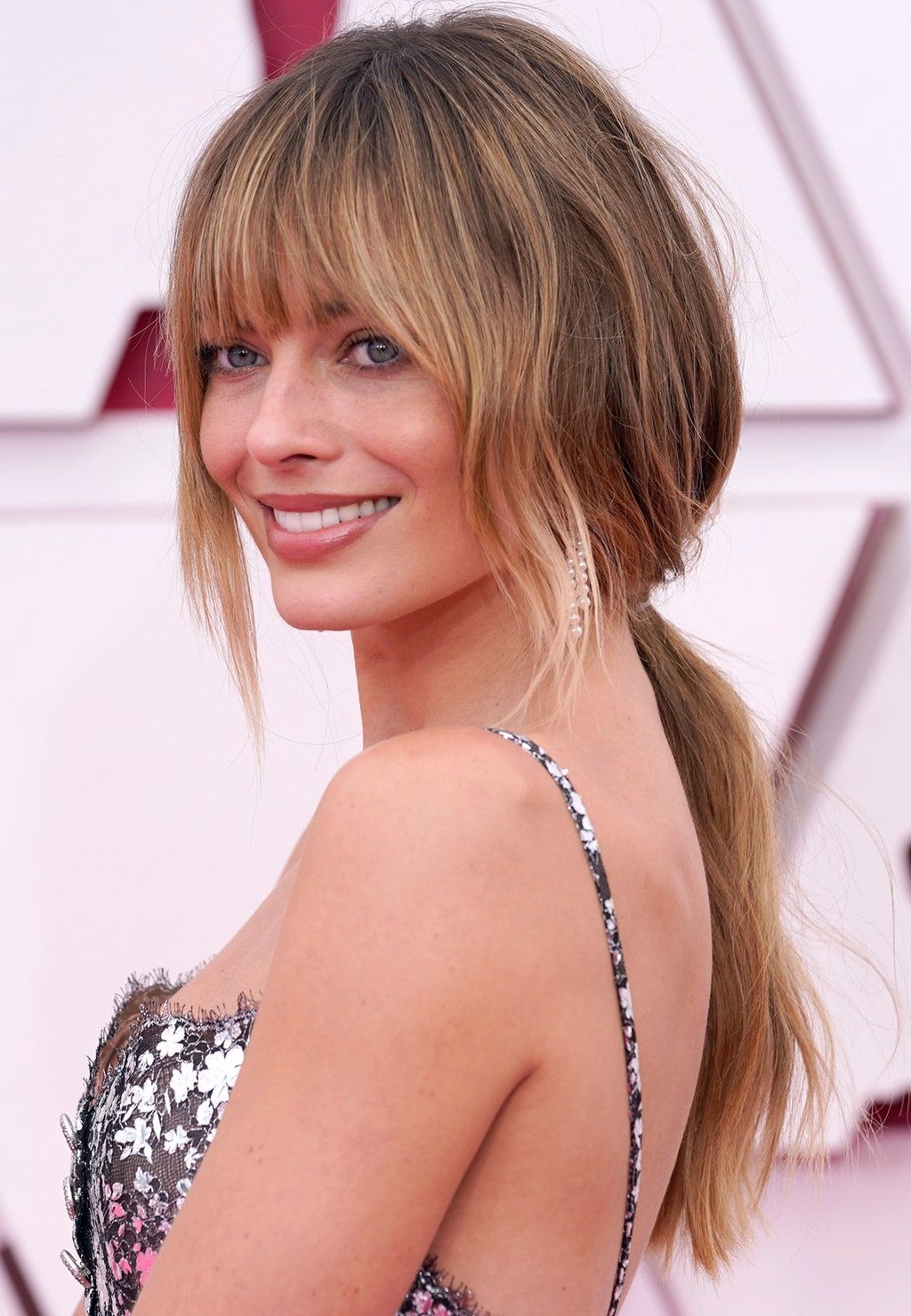 “My inspiration was sunshiny days! I wanted to create a look full of optimism, with healthy, bronzy skin and a vibrant glow,” Pati Dubroff said of the inspiration behind Margot Robbie’s strikingly simple-and thoroughly romantic-makeup. On heavy rotation was Chanel’s Palette Essentielle in Caramel. “It’s kind of like an everything palette-and that was what I used on her cheeks, as a bronzer, as a sneaky contour, and around her eyes,” she added. 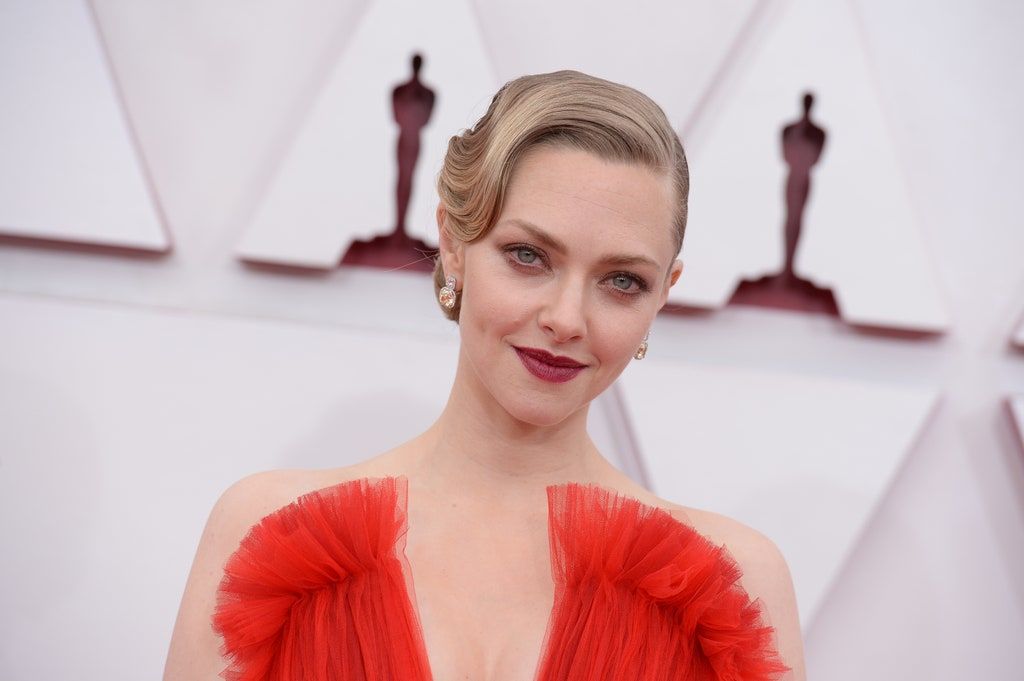 To achieve Amanda Seyfried’s vampy mouth, Genevieve Herr lined the Mank star’s pout with Lancôme’s smudge-resistant Le Lip Liner in Rose before painting on the aptly named L’Absolu Rouge Drama Matte Lipstick in 481 Nuit Pourpre, which hits the market next month. All good things come to those who wait, as they say! 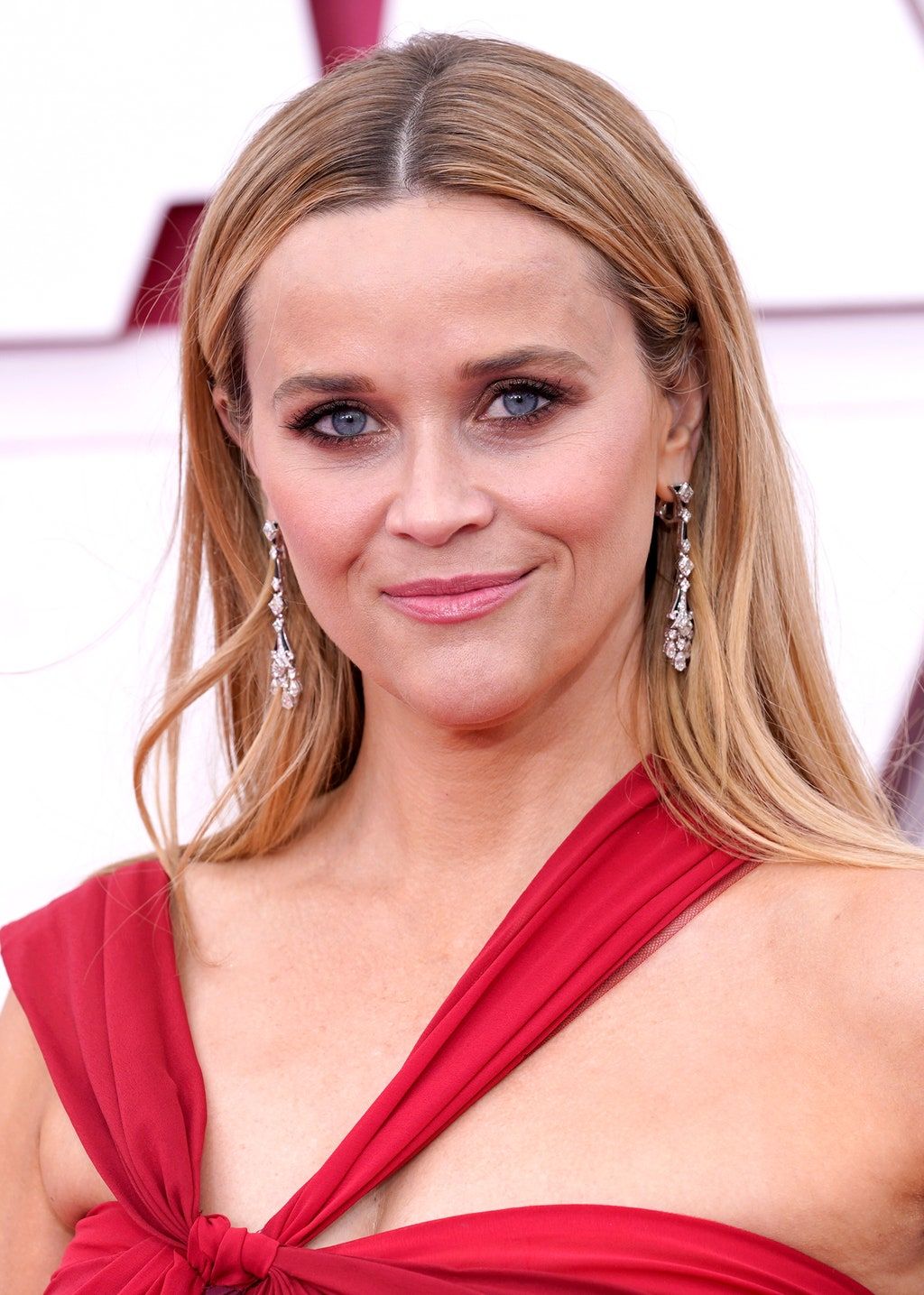 Reese Witherspoon’s latest TikTok may have you believe that her Oscars glam came together in a matter of seconds, but of course there were a number of products at play. “I was inspired by the red of the dress. It is so uplifting after such a hard year,” Tracey Levy said of the actress’s Dior bright-red gown, which Levy complimented with a lit-from-within finish courtesy of Biossance skin care and Giorgio Armani Luminous Silk Foundation. “I really love a nude lip on Carey,” shared makeup artist Georgie Eisdell, who prepped Mulligan’s pout with a moisture-rich balm before reaching for Chanel’s high-shine Rouge Allure Laque in a dusty rose shade called Ultimate and a similarly colored long-wear pencil in Pivoine, which she used around the edges.