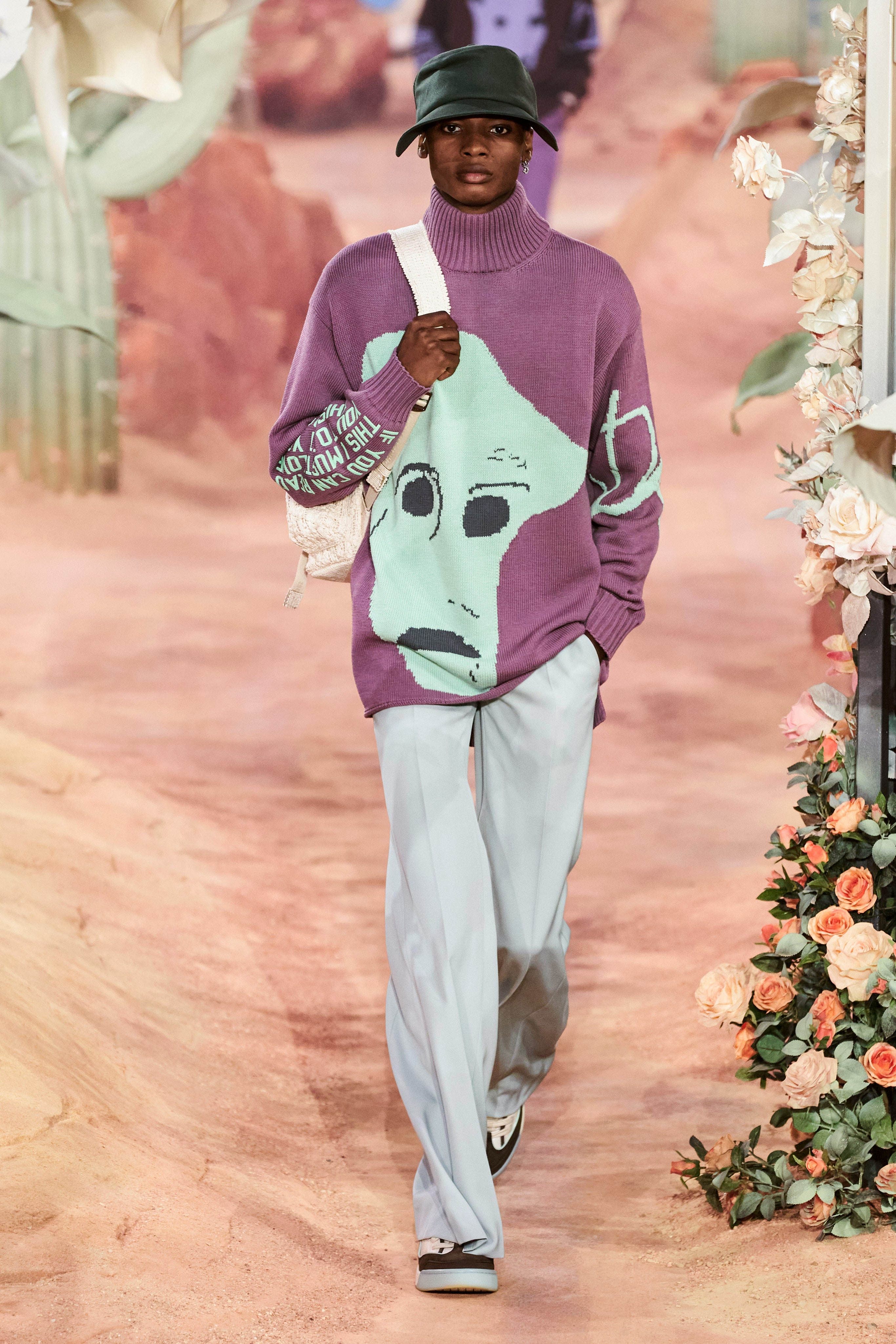 Designers added a touch of whimsy to their collection with pops of pink, funky knitwear, and plenty of skin on display for Paris Mens Fashion Week.

After a gloomy year for fashion, designers returned to the runways of Paris by embracing their playful side. Whether by welcoming the spirit of summer with plenty of revealing cutouts, channeling laid-back Y2K vibes with flip flops, or getting creative with brash, funky sweaters, caution was thrown to the wind in favor of cheeky, light-hearted details. Classic preppy style also got an update with plenty of vests and reimagined chevron, courtesy of academia fashion savants Wales Bonner and Jil Sander. Refreshing yet refined, here are the top trends from Paris Fashion Week Men's Spring/Summer 2022.

Social gathering restrictions being lifted means making up for lost time spent indoors. The sexy, skin-baring summer trend is making its way to menswear with cutouts in creative places. Polished and practical, the raincoat is a classic for a reason. This season, we're seeing longer hemlines and army jacket-inspired silhouettes. From Courrèges' mac coat to Dior Men's parka, the runways have you covered for a summer shower. Quirky, comfy knit sweaters show off your personality and are incredibly easy to style. The abstract graphics from Hermès, Loewe, and more are sure to stand out. 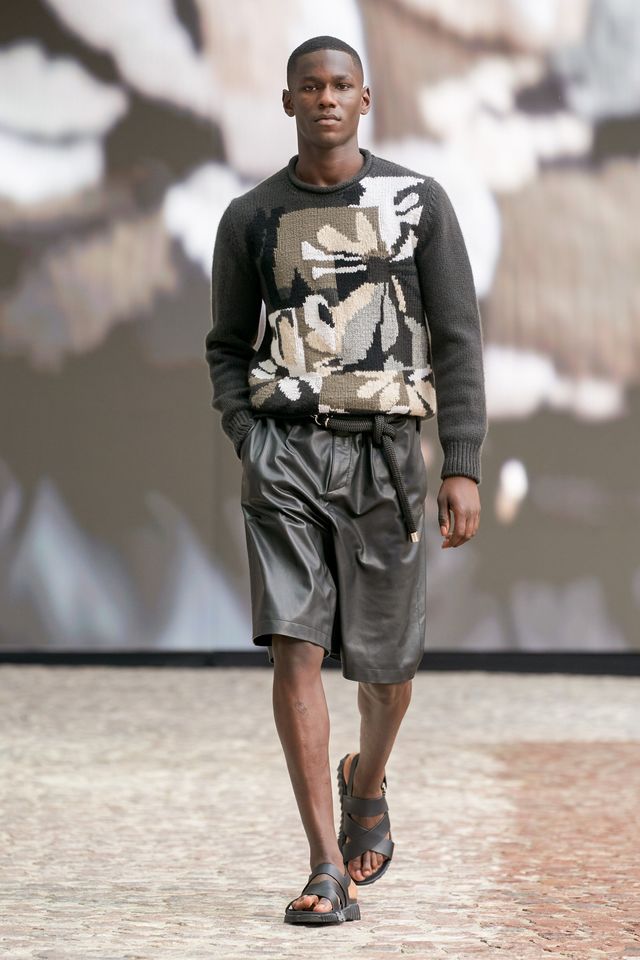 Preppy vests get an edgy update with rich leather and metal hardware. At Burberry, the piece was styled in full leather looks, while at Rick Owens they added structure to more fluid silhouettes. 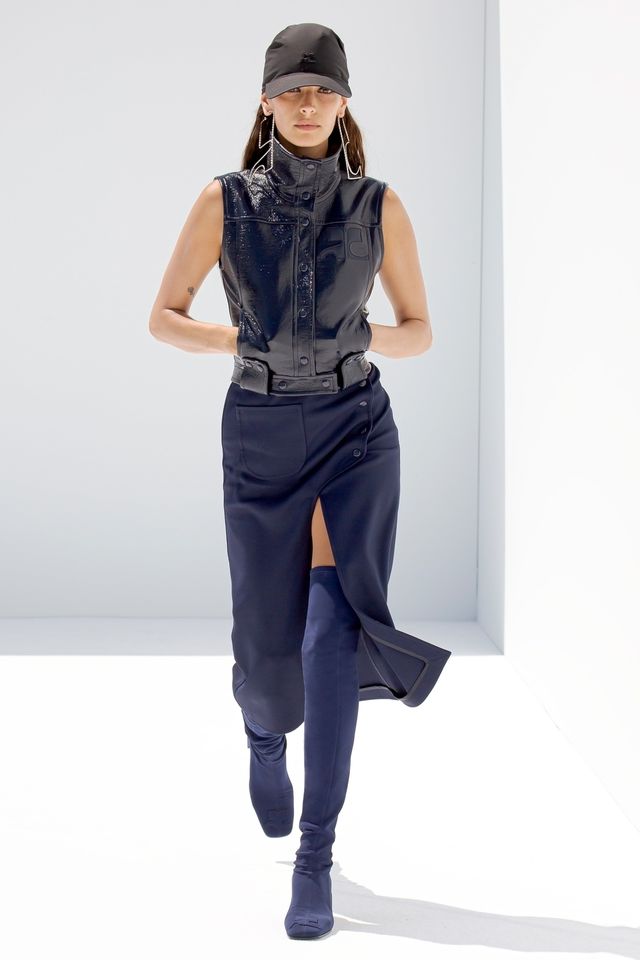 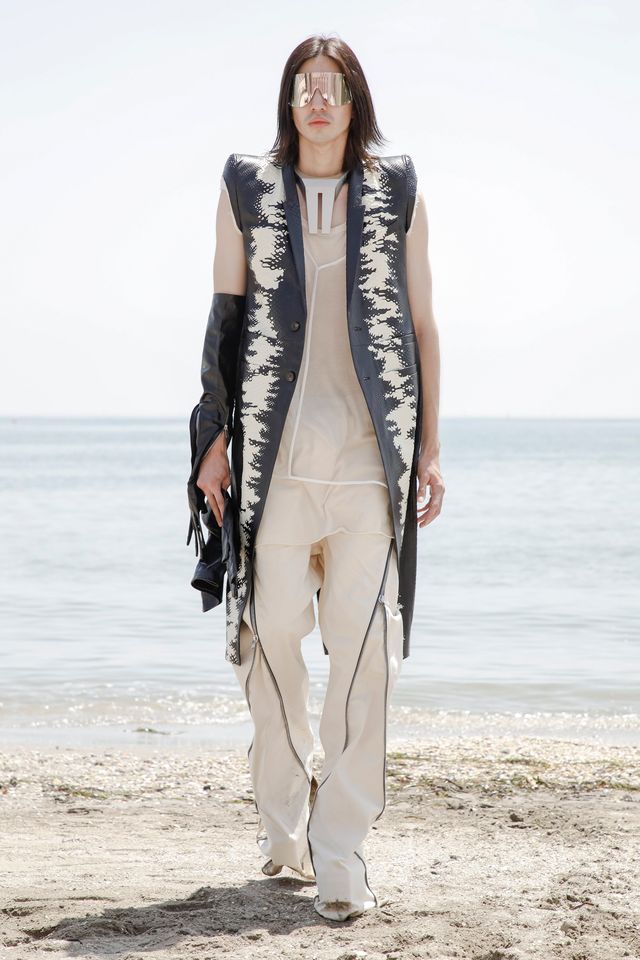 A once stereotypically feminine color, this season's runways embraced the joyful shade with monochrome ensembles in a variety of textures. Virgil Abloh's vibrant hot pink for Louis Vuitton popped, while Jil Sander and Dior Men opted for softer blush tones. 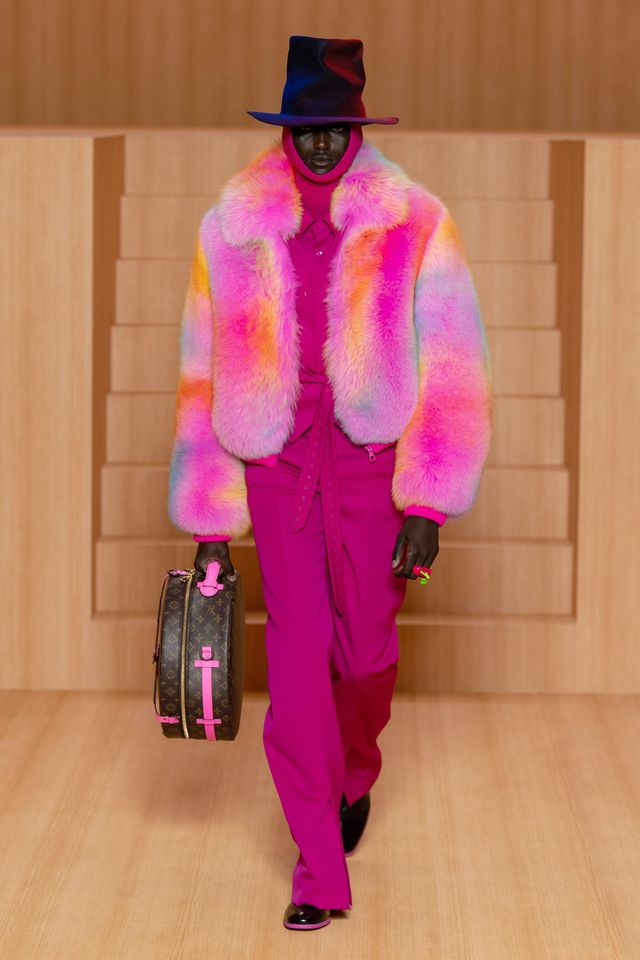 Much like womenswear, the oft-debated toe-baring sandal is also popping up on men's runways this season—a callback to early 2000s style. 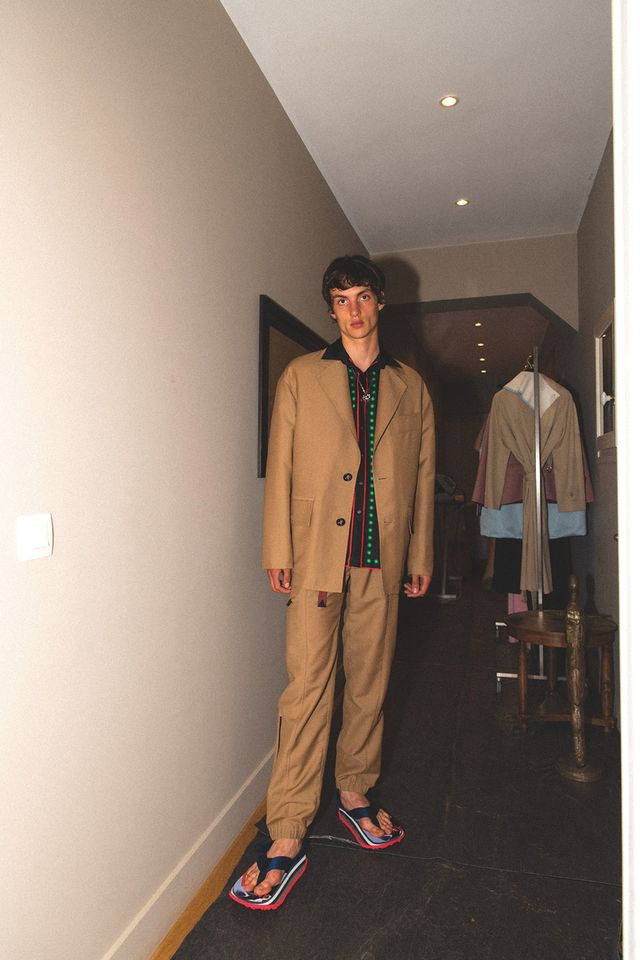 Once a hallmark of 2010s Southern style, chevron is making a comeback in a muted palette and wide stripes. Dries Van Noten's color-blocked version gave a particularly modern edge. Beloved by fashion trailblazers such as Harry Styles, the preppy essential is trending for both men's and women's fashion. 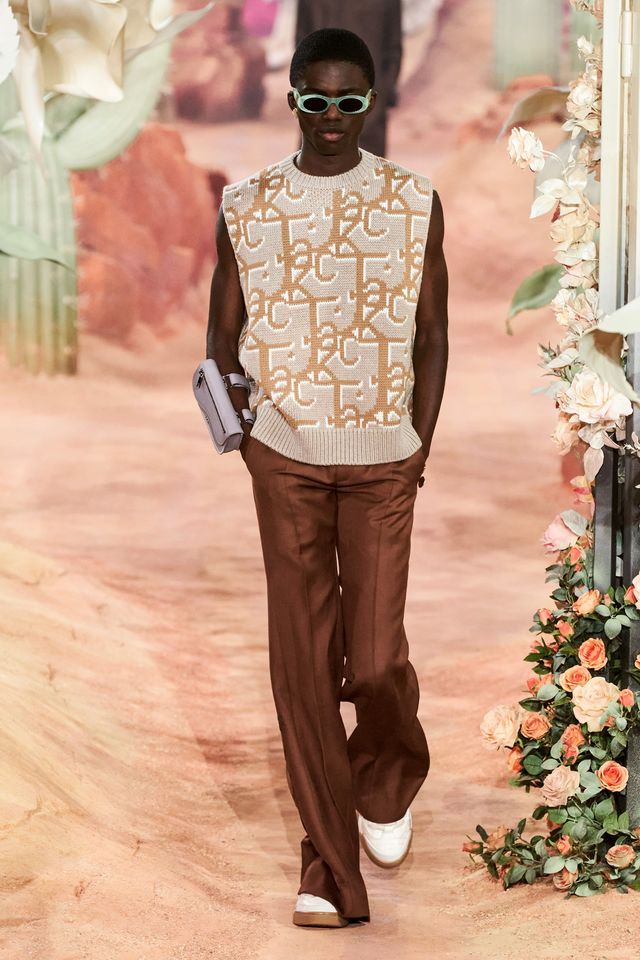 Models pushed the boundaries of Western gender norms by showing some leg on the runway in skirts. Whether knee-length or maxi, luxury players like Louis Vuitton, Dior Men, and Burberry signed on for the genderbending look.