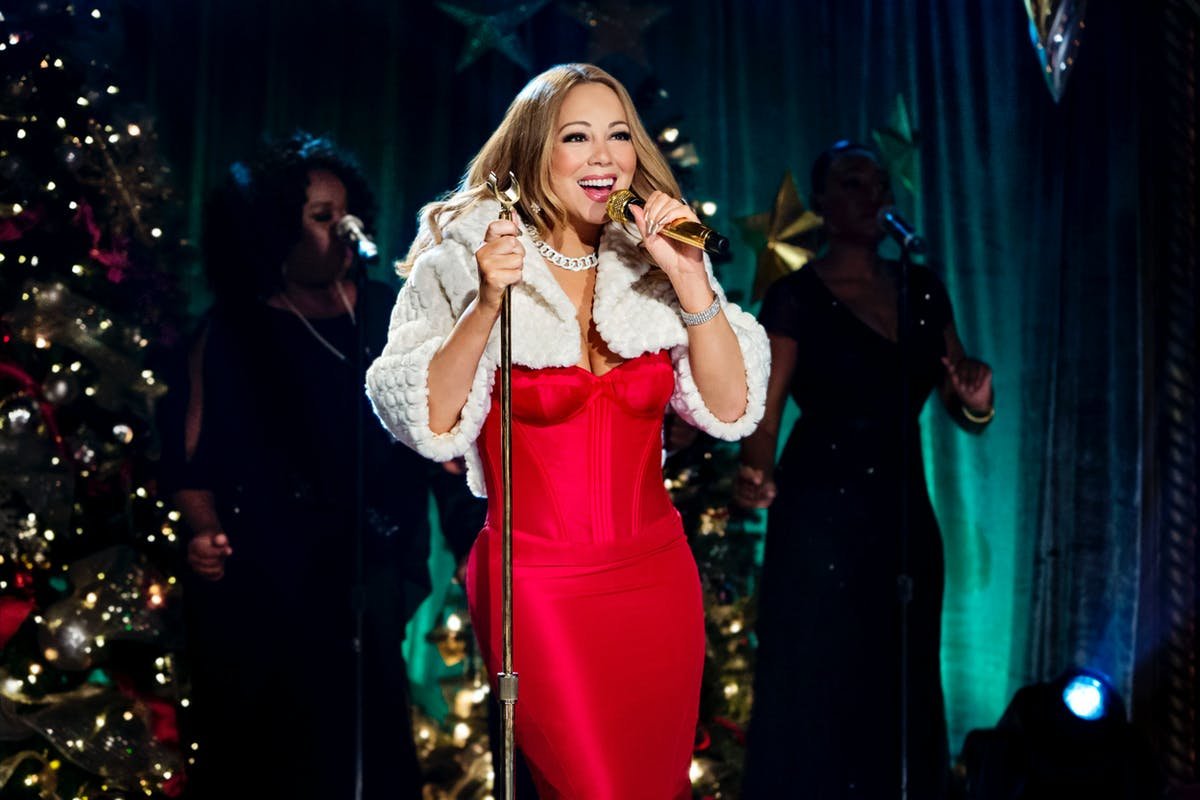 A quarter-century after its debut (and on the official first day of this year's holiday season), here are the best covers and pop culture moments inspired by Carey's most iconic song.

It’s that time of year-Mariah Carey season! (Or maybe, if you're the kind of person who starts playing wintry tunes the second you get home from your Halloween adventures, it's already begun.)

Once the holidays are in full swing, you won’t be able to enter a shopping mall (or scroll through your meme-filled Twitter feed) without hearing Carey’s iconic smash hit, “All I Want For Christmas Is You.” The song topped charts, becoming a number-one hit and the best-selling Christmas single by a female artist. In fact, its performance is so strong that it climbs back into Billboard's Hot 100 chart every single holiday season. The song is wildly popular around the world, and for good reason-its catchy chorus and twinkly instrumentals make it the perfect Christmas song, as Carey sings about wanting to spend the holidays with someone she loves. It’s pretty wholesome, honestly.

From Ariana Grande to My Chemical Romance, artists of all genres and ages have paid homage to the Christmas queen, covering the classic song in their own unique ways. 25 years after the record-breaking song debuted, we rounded up the best covers and pop culture moments inspired by the track. Check them out below.

Back in the golden days of Fifth Harmony (RIP), they brought us a version of “All I Want For Christmas Is You” that we never knew we needed. The video, which opens on a blue-haired Normani, showcases the five girls in a decked-out living room with stockings, a tree, Christmas lights, and plenty of presents. This cover embodies everything we love about the original—it’s fun, energetic, and festive!

Michael Bublé’s Christmas album, aptly titled Christmas, is my personal favorite to listen to during the holidays. The Canadian-Italian crooner has become so synonymous with the most festive time of year that it's hard to believe his holiday album came out within the last decade. The album features covers of several popular holiday tracks, including “Silent Night” and “Blue Christmas”-it’s only right that it features this reigning classic, too. Bublé does it justice, and I’m sure Mariah would be proud.

Backed by a gospel choir and clad in a Santa-esque dress, Grande performs the classic hit perfectly. Throughout her career, the 26-year-old pop star has garnered comparisons to Carey’s vocal style, particularly her whistle tones. This cover sounds super close to the original, but still unique to Grande.

Jimmy Fallon and The Roots

Joined by The Roots and Jimmy Fallon, Carey covered her classic song with a twist. The band uses children’s classroom instruments, including multicolored keyboards and recorders from our elementary school days, to play along in perfect harmony with Carey. Fallon and a children’s choir also pitch in vocals, making for an adorably festive rendition of the song.

At the height of her Disney Channel show, Hannah Montana, in 2007, an angelic Cyrus took to the Disneyland stage to sing her version of “All I Want For Christmas Is You.” The pop star belted the notes into a microphone perched on a rhinestone-encrusted stand, and put her own Hannah Montana-esque twist on the track. The nostalgia is so real.

In 2016, Carey joined Carpool Karaoke host James Corden for a pretty funny (and now viral) performance of her famous song. The video features several clips of other celebs singing along, including Adele, Elton John, Demi Lovato, Nick Jonas, and Lady Gaga. If this video proves anything, it’s that everyone knows this song and can’t resist a sing-a-long moment.

Kylie Minogue with Mumford and Sons

Kylie and the band take “All I Want For Christmas Is You” and flip it on its head. Performing using banjos and acoustic guitars, their version exemplifies country pop. Kylie’s sparkly minidress and falsetto notes still hold true to Carey’s original, but with a touch of twang.

Who could forget about the legendary covers from our faves at William McKinley High? Amber Riley, who plays Mercedes Jones on the show, is the perfect person to take on Carey’s classic. Watching Riley dance around the choir room with the rest of the club really puts me in the holiday mood.

Pop star Bieber teamed up with Carey for a remix of “All I Want For Christmas Is You,” which included a super festive music video. So far, this is the only official remix Carey has done on the song, but who knows—maybe we can get a Carey x Lizzo collab this year! Please, Santa, make it happen.