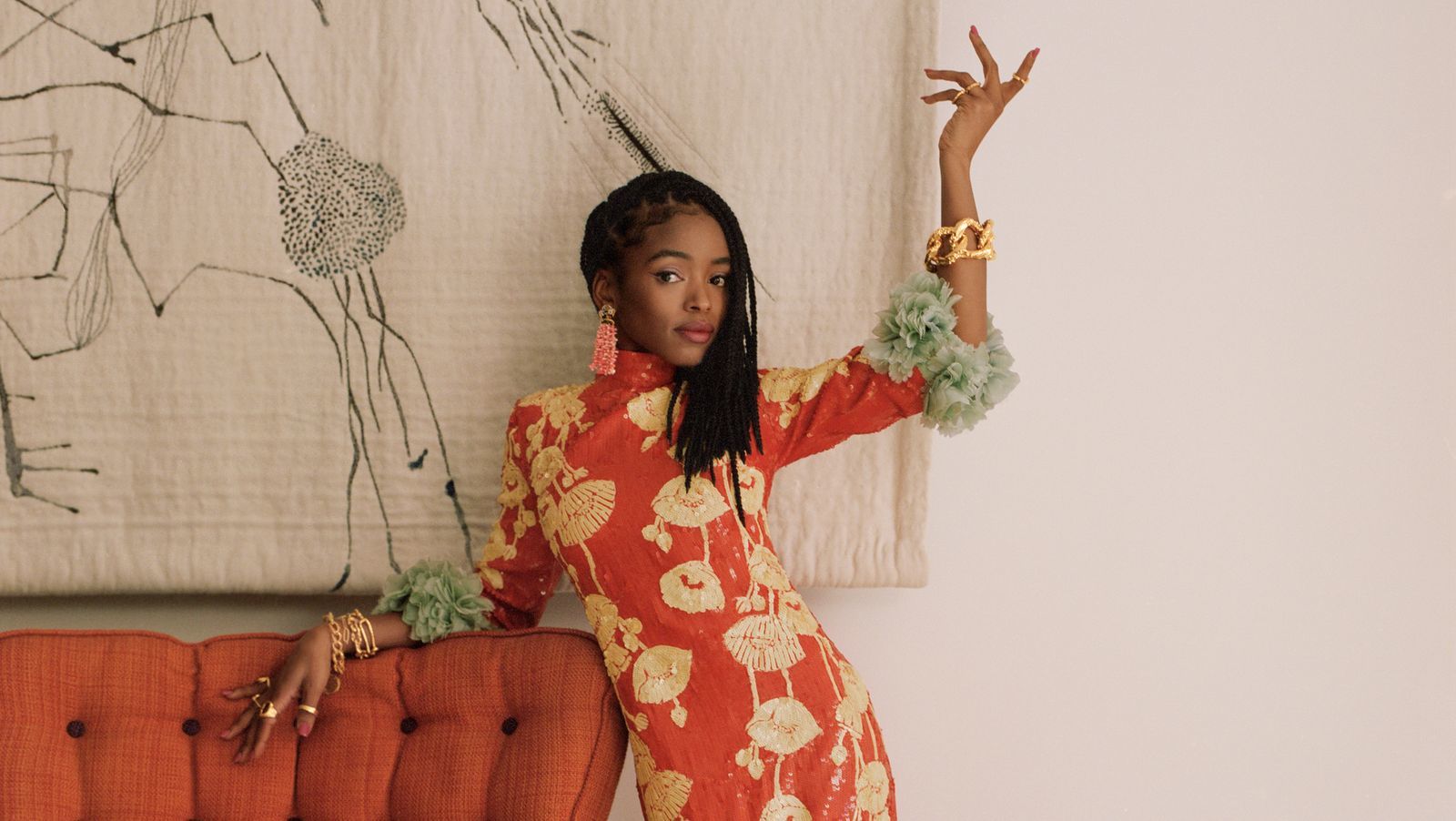 The star sports the season's most dazzling revival-the hostess dress-in the New York City townhouse of our dreams.

Lovie Simone wants to get inside your head. “I’m interested in acting because of human behavior,” says the 22-year-old New York City native. “If I weren’t an actress, I’d probably do something in psychology.” 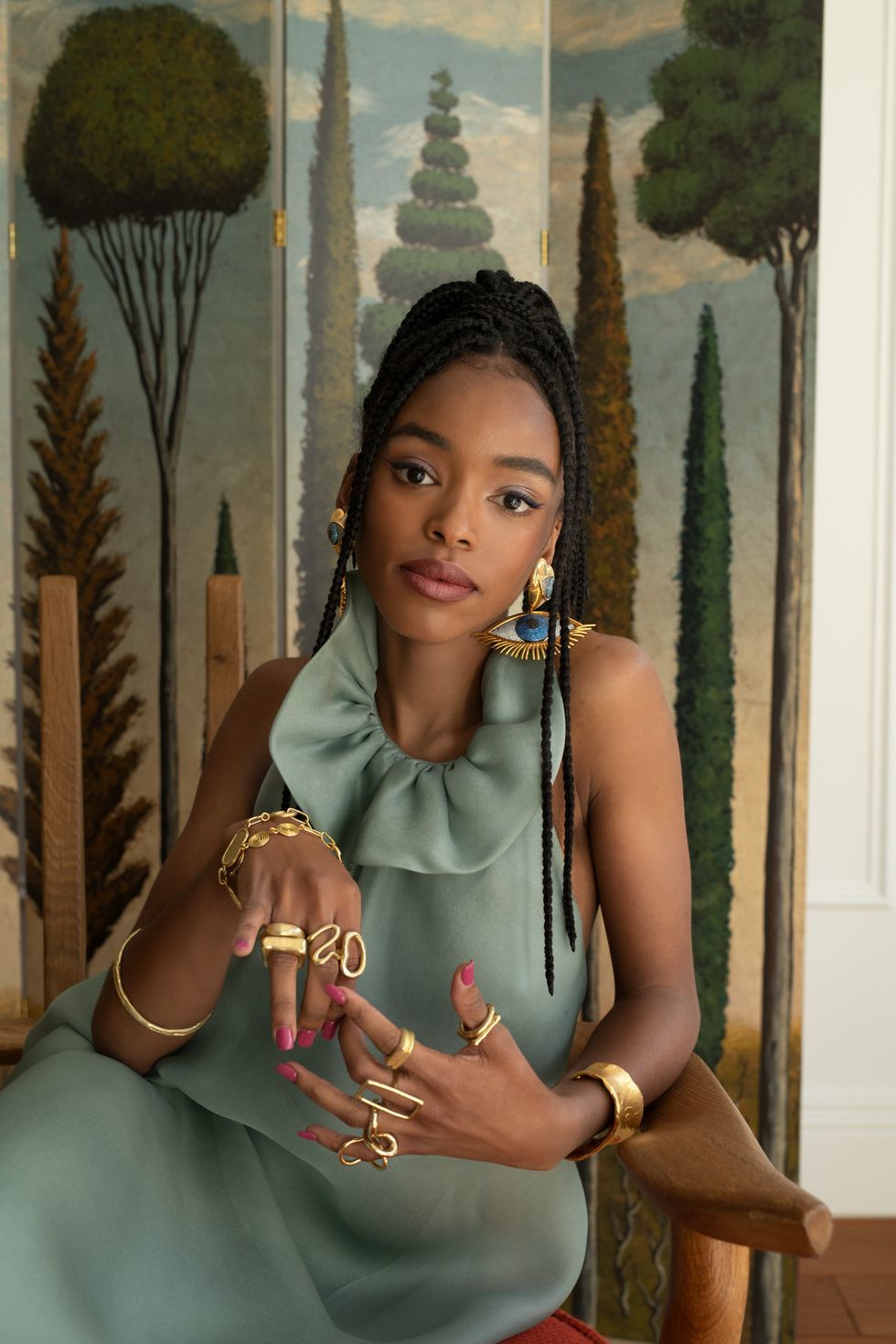 Lucky for us, she chose the former. Simone landed her big break, a role in the dramatic series Greenleaf, before she finished high school, and has gone on to star in a string of movies, including the 2020 dark comedy Selah and the Spades, in which she plays a boarding school senior who runs her clique like a teenage Vito Corleone, and The Craft: Legacy, a stylish sequel to the cult classic ’90s horror romp. 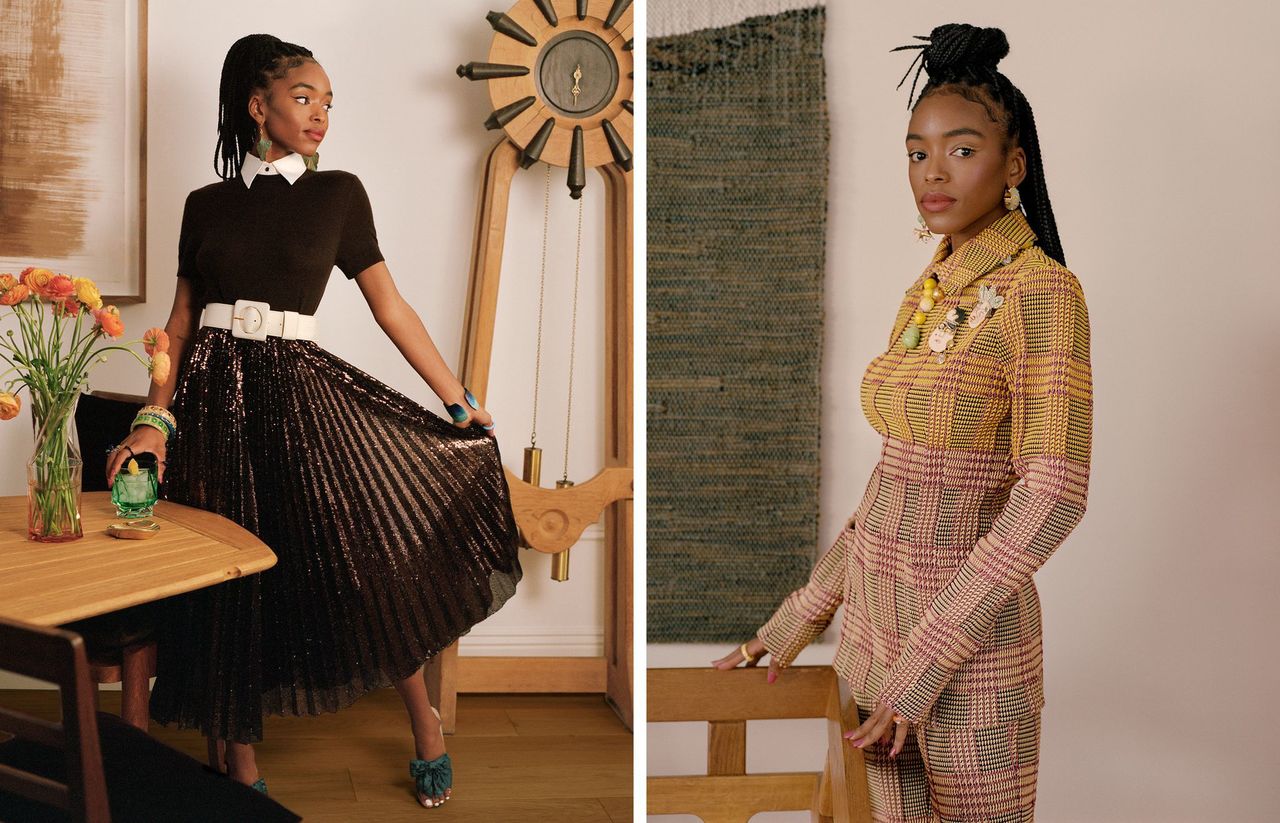 Next up for Simone—who sings, writes, and paints in addition to her work onscreen—is a leading role in Power Book III: Raising Kanan, a prequel to the hit Starz series Power. It’s a coming-of-age story that plays out in a gritty New York City criminal underground, and it allows her to indulge in a bit of armchair psychoanalysis. “I’m not acting for anyone else,” she says. “A big thing for me isn’t convincing other people but convincing myself that I am who I’m playing. Once I can do that, everything else feels easy.” 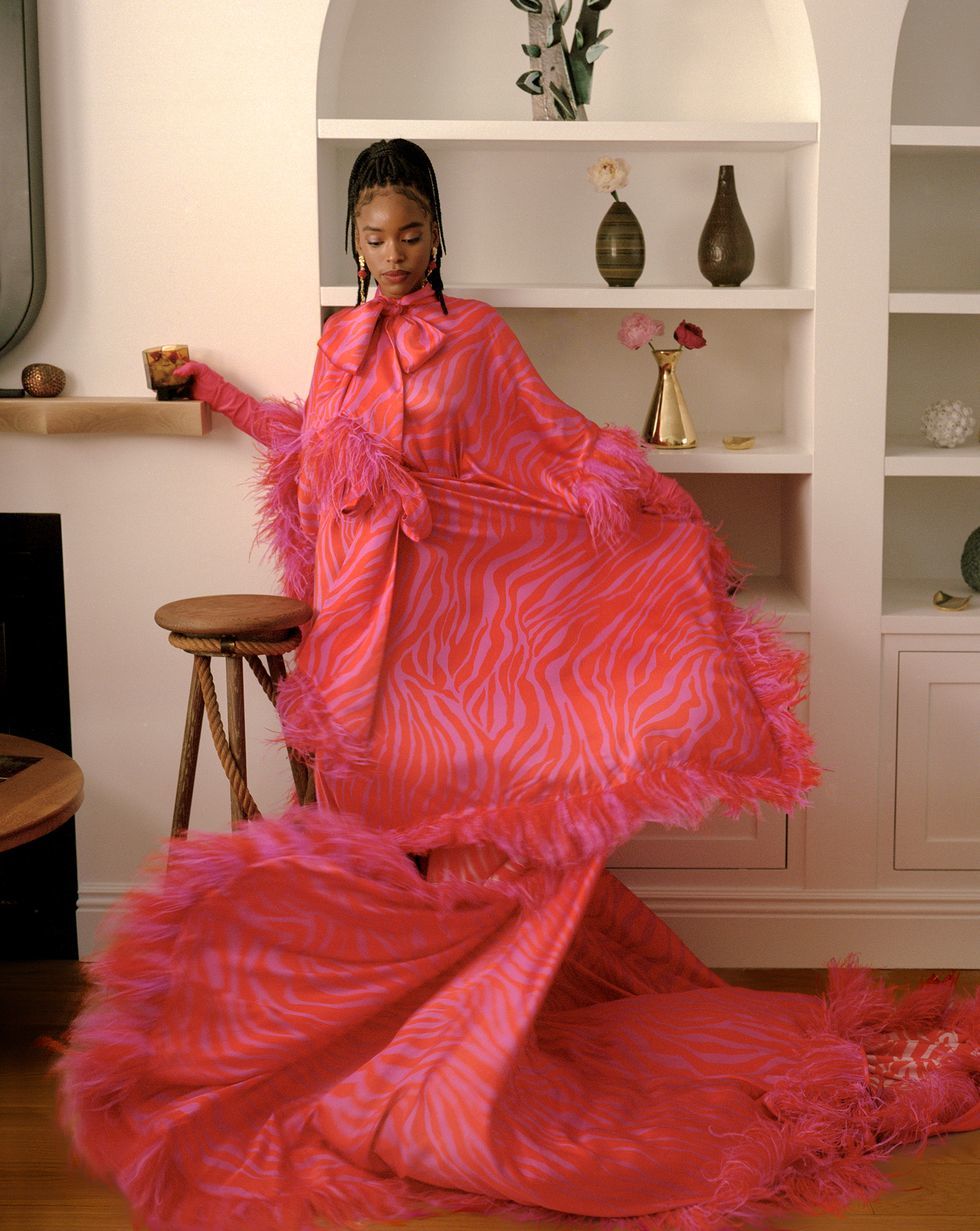 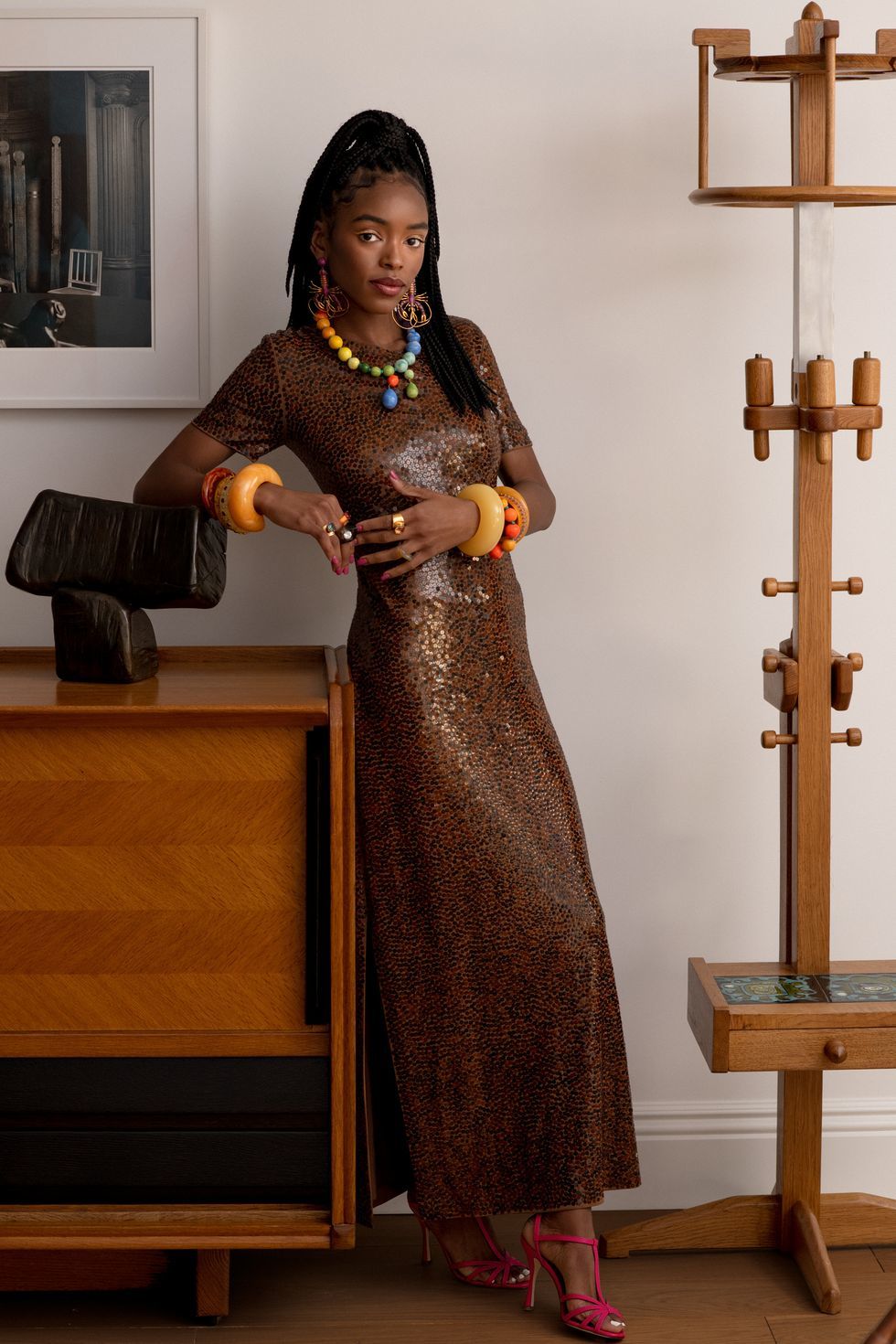