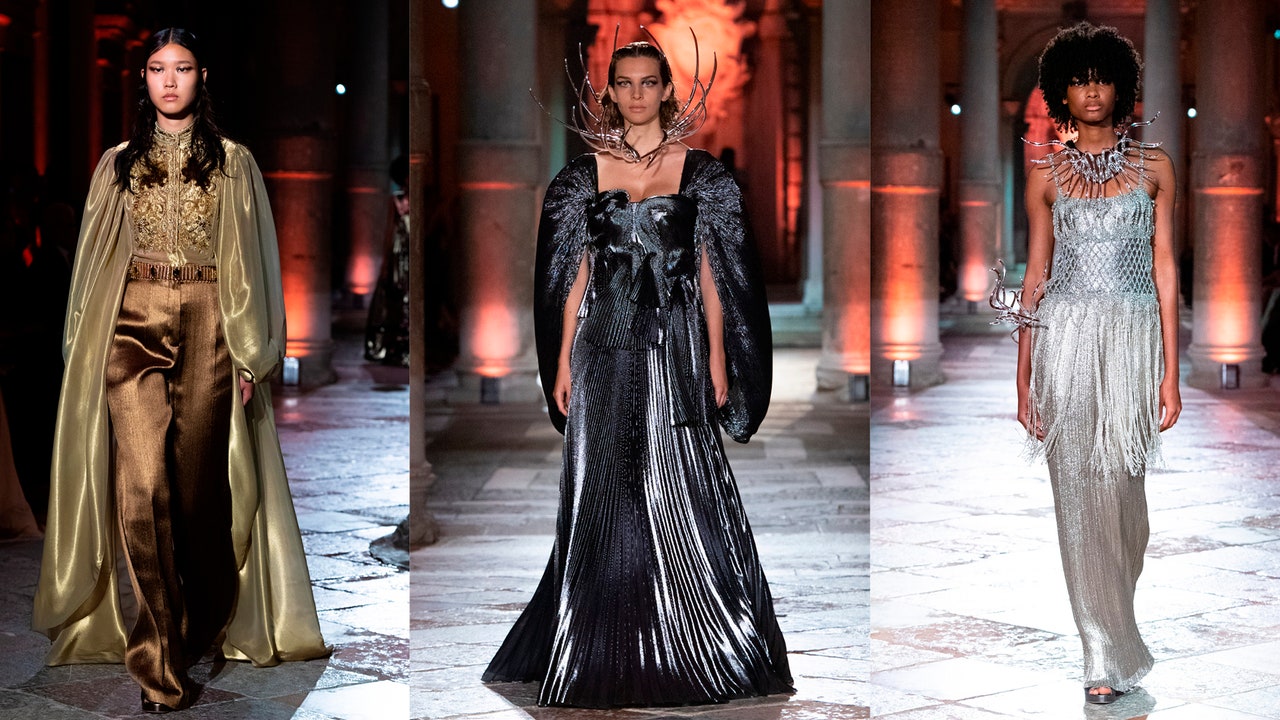 The past 18 months have been dark days for Venice. As a city whose economy-and perhaps more importantly, spirit-depend on tourism, seeing its cobbled streets empty during the typical boom months of spring and summer have felt, by all accounts from those who lived through it, surreal. As the annual circus of the Venice Film Festival descended last week, however, the city appeared to have been kickstarted back to life with the utmost grandeur. But alongside the newly rolled out red carpets, and the stars who walked down them in dazzling couture gowns, a smaller and more studied sartorial tribute to the city and its return to normal life took place in a more unexpected venue on Saturday night, courtesy of Alberta Ferretti.

In the monumental entrance hall of Ca’ Rezzonico, a Baroque palace that today serves as a museum dedicated to the city’s hedonistic settecento culture-think gluttony, gambling, and lavishly dressed Grand Tourists-an audience mostly consisting of the brand’s community and clients sat as dusk fell over the Grand Canal to watch the spectacle unfold. As the joyous, leaping strings of Max Richter’s “recompositions” of Vivaldi’s The Four Seasons echoed around the hall, 27 of Ferretti’s signature romantic gowns glided down the cavernous, candlelit entryway, each more opulent than the last. Yet while there were plenty of references to the city’s rich iconography-most notably in a sheer silk top embroidered with the lion of St. Mark in glittering gold-the nods to the city’s spirit and cultural heritage were elsewhere woven in more loosely.