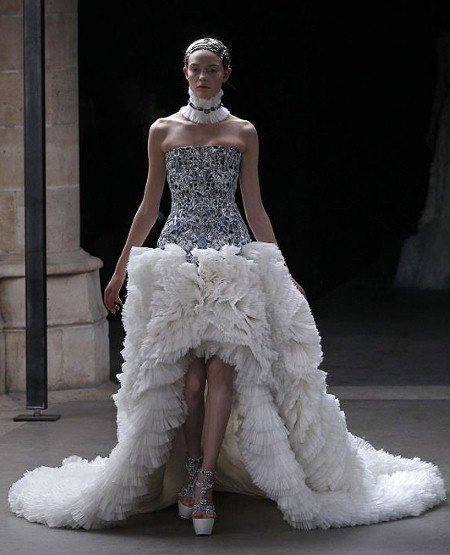 Sarah Burton's collection for the Alexander McQueen label was shown at Paris Fashion Week on Tuesday. Burton, the Manchester-born designer, is widely rumoured to be creating Prince William's fiancé Catherine Middleton's bridal gown, which she denied. Burton's collection for autumn/winter 2011/2012 was inspired by the idea of "a snow queen and her court." Each of the 34 pieces was individually designed, hand-crafted, embroidered and beaded to an haute couture standard. The collection was shown at the Paris prêt-à-porter season in the dungeons of La Conciergerie, where prisoners used to be housed during the French revolution awaiting execution. 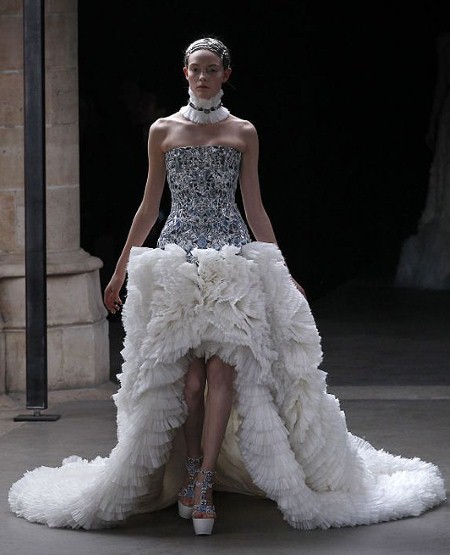 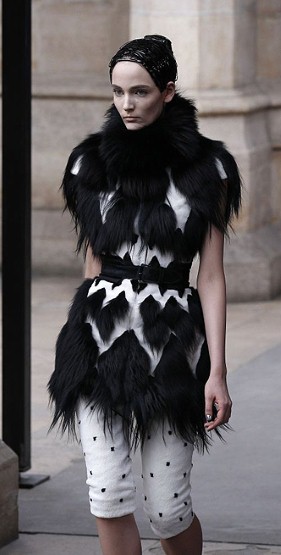 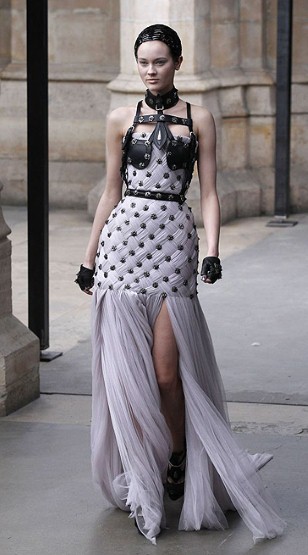 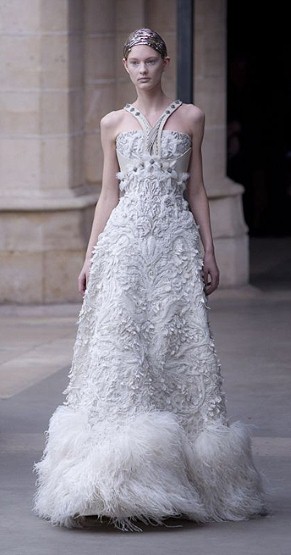 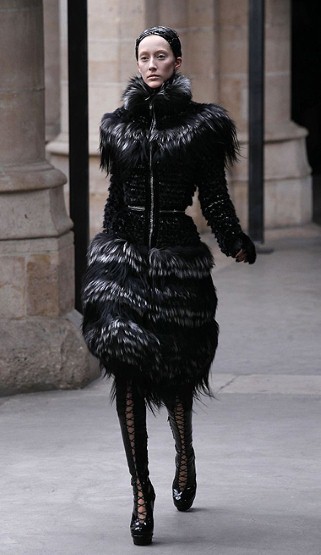 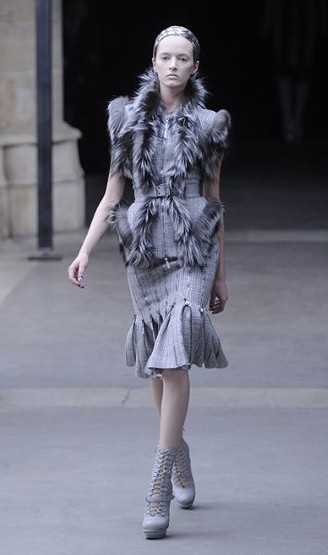 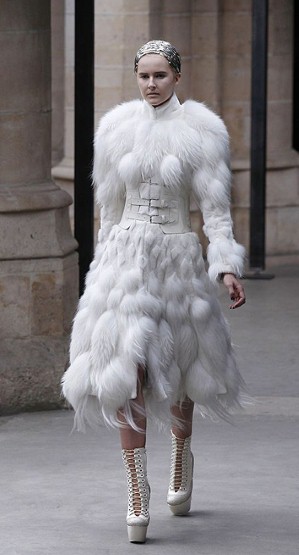 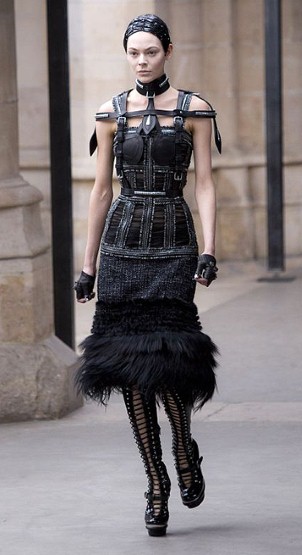 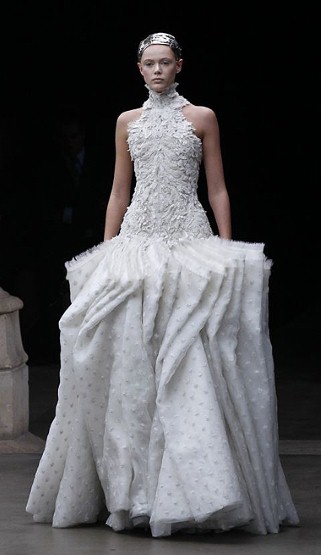 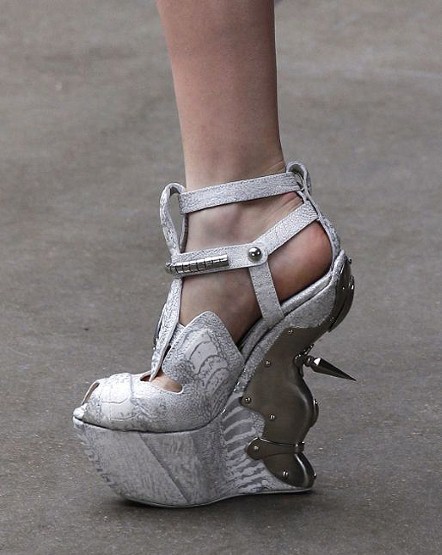 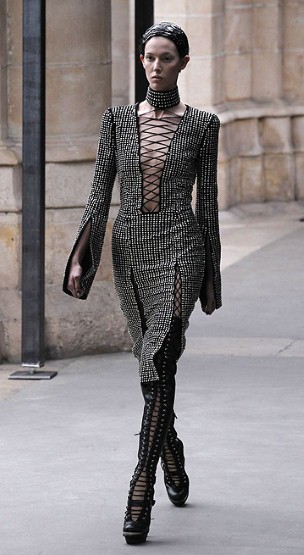