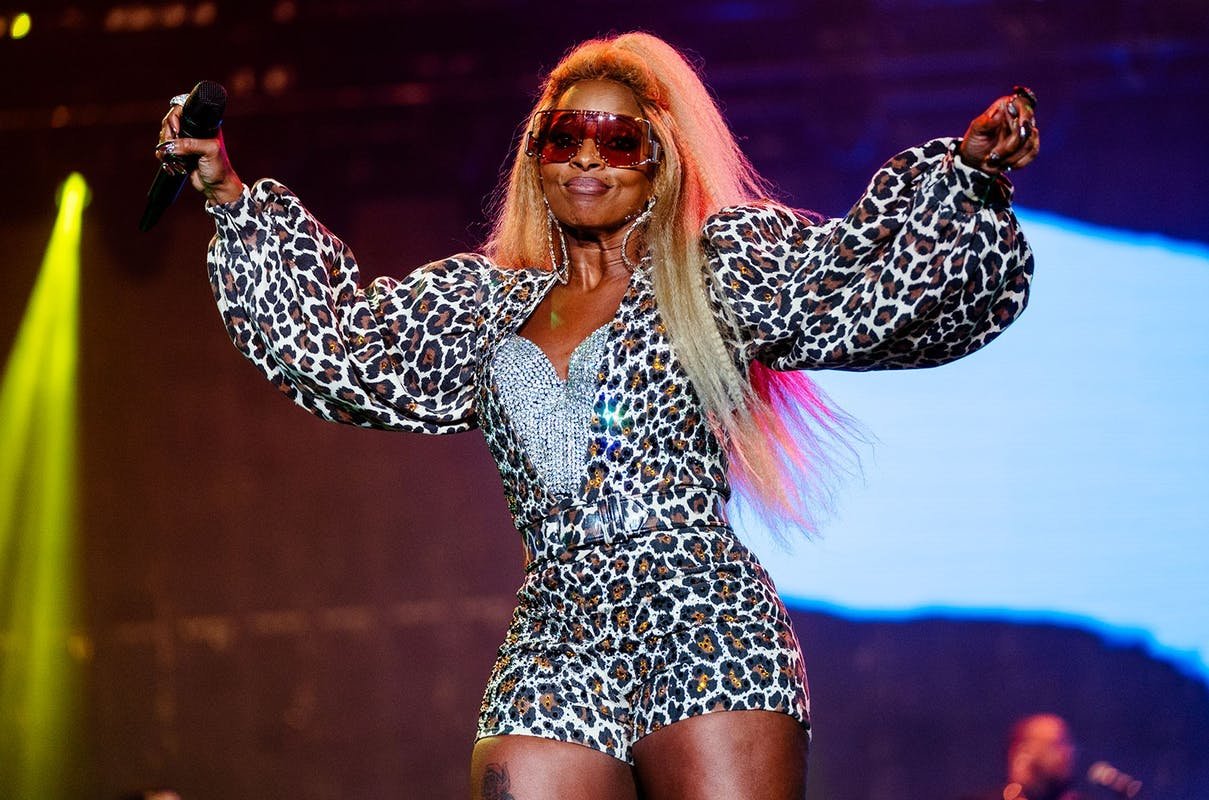 All the Looks to Love From Mary J. Blige's Music Videos

L’OFFICIEL celebrates the songs and styles of Mary J. Blige on her 50th birthday.

New York-native Mary J. Blige, is a household name. With countless chart-topping songs and memorable style moments, the R&B singer is accustomed to the spotlight. Blige's music, which is reminiscent of the electric years of the early 2000s, will not fail in making you sing (and dance) along. On her birthday, join L’OFFICIEL in remembering some of Blige’s best looks from her hit music videos over the years.

In the music video for her hit song “Family Affair,” Blige proves that she is the life of the party. Appearing in a number of outfits and hairstyles, Blige embraces bright colors, form-fitting silhouettes, and statement jewelry. She rocks asymmetrical blunt cuts, spiked up pixies, and long hair all in a matter of three minutes and 44 seconds. The singer's metallic orange corset top paired with a matching choker and the perfect pair of low rise blue jeans standout as a favorite look. Her intense smokey eye and signature oversized hoops solidify her title as a major trendsetter of the early 2000s.

The top YouTube comment on Blige’s music video for “Just Fine” reads, “people might call it old, but I call it gold,” and we couldn’t agree more. The singer opens the video in a luxurious fur cape, a chic black jumpsuit, a French beret, and some thick gold hoops. The look is as fierce as it is timeless. In “Just Fine,” Blige reminds us of the importance of confidence and self-assurance. She appears as nothing less than powerful throughout the video as she wears open-backed dresses with belted waists and classic button-ups with sunglasses and a tie. However, the shining star might just be Blige’s iconic haircut. Her chic blonde pixie cut with layered side bangs is often paired with a statement headband or a funky hat. The hairstyle screams badass woman, which is exactly what Blige is.

Tiny sunglasses paired with an oversized fur coat make for and standout combination. In her music video for “I’m Goin’ Down,” Blige proves to be a trendsetter once again. She takes to the screen in a number of all-black looks, including a loose-fitting black pinstripe suit with a matching flat cap hat. Blige was a pioneer of the oversized silhouette that continues to be prevalent today. The black-and-white music video depicts a series of post-breakup emotions while never compromising Blige's powerful aura.

For her song "Thick Of It," Blige sings, “Love ain't just black and white” while wearing a number of monochromatic looks. The artist's gold accessories and fabulous headwear (which includes a leather New York Yankees baseball cap and a classy white fedora), add an edge to her black and white ensembles.

"Not Gon Cry" earned Blige a Grammy nomination for Best Female R&B Vocal Performance in 1997. The song relays the story of a woman whose cheating husband leaves her, based on the plot of the movie Waiting to Exhale. Clips from the film are used in the music video, along with Blige appearing in a sleek black ensemble, complete with black lipstick and shades. In another glamorous look, the singer dons a chic updo, black fur coat, and gold statement earrings.

This passionate song is one of Blige's early 2000s hits. In the music video, the artist wears a white tank top and matching wide headband, along with grey sweatpants. Blige accessorizes with diamond stud earrings and a cross pendant necklace. The quarantine-friendly outfit would look just as cute today.