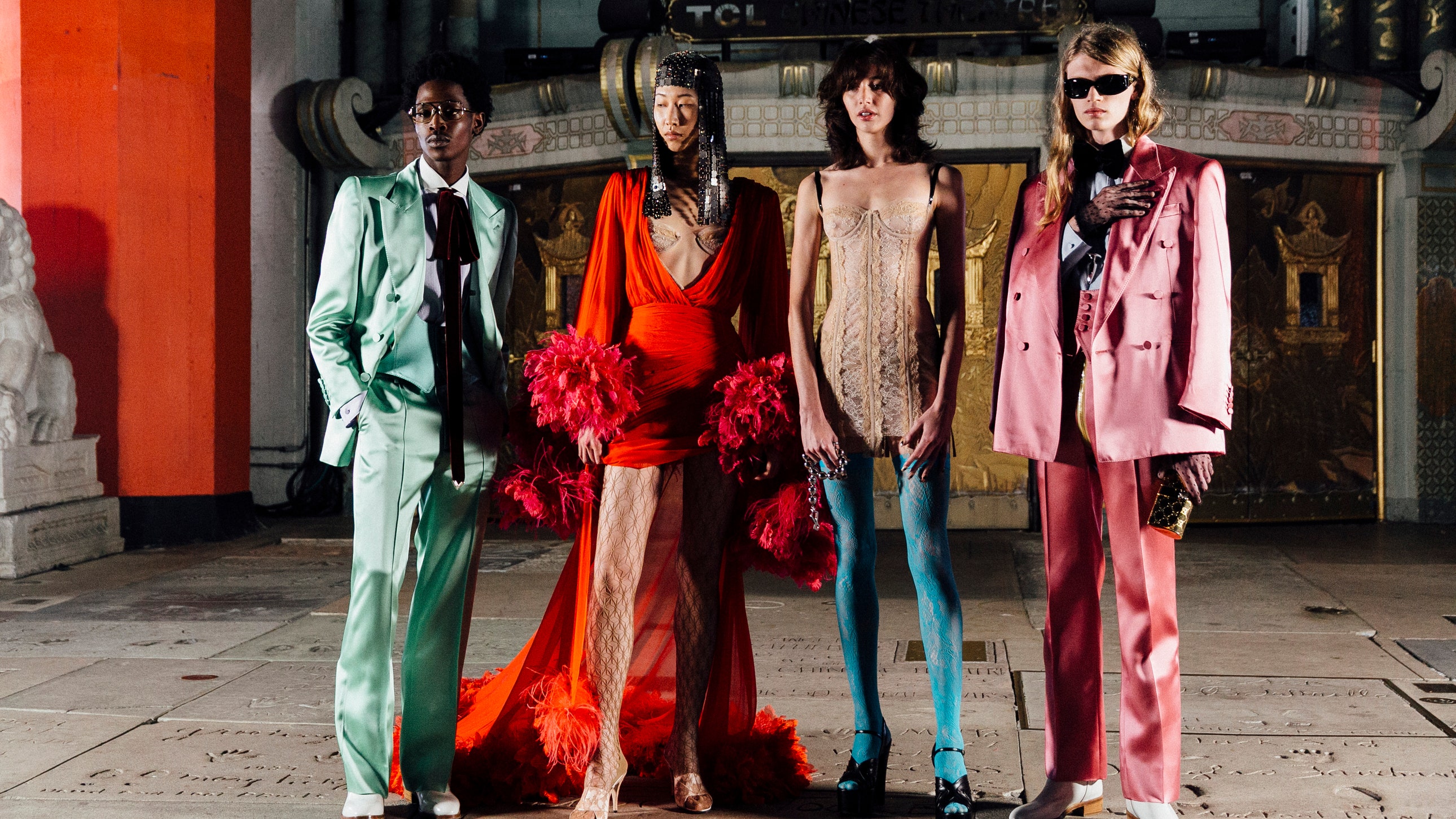 Celebrities walked the Gucci runway alongside models-and Vogue had an exclusive look behind the scenes on Hollywood Boulevard.

“It’s a dream come true, a huge, great, immense feeling for me,” said Alessandro Michele after his Gucci show that shut down Hollywood Boulevard. Set to a medley of Björk tracks like “All is Full of Love” and “Big Time Sensuality,” the Gucci “Love Parade” show was a whirlwind tour through Hollywood lore. Western heroes mixed with silver screen starlets, modern juice cleansers walked alongside retro pin-ups, and a group of true Hollywood legends like Macaulay Culkin, Jodie Turner-Smith, and Jared Leto took turns on the runway.

Backstage, photographer Emily Malan was on site to shoot the models and celebrities in their first looks. Even with its disparate and diverse references, the Gucci collection came together thanks to Michele’s magpie eye. His is a world where a little sex toy-inspired jewelry can live in harmony with pristine velvet tailoring and nymph-like golden snake dresses—and isn’t that sort of like Hollywood itself? In his press notes, Michele described Hollywood and its actors as “the idols of a new contemporary cosmogony.” The Gucci pantheon of fashionable fame lives by the same principle as Hollywood: Everyone is just one audition-or one accessory-from being a star. 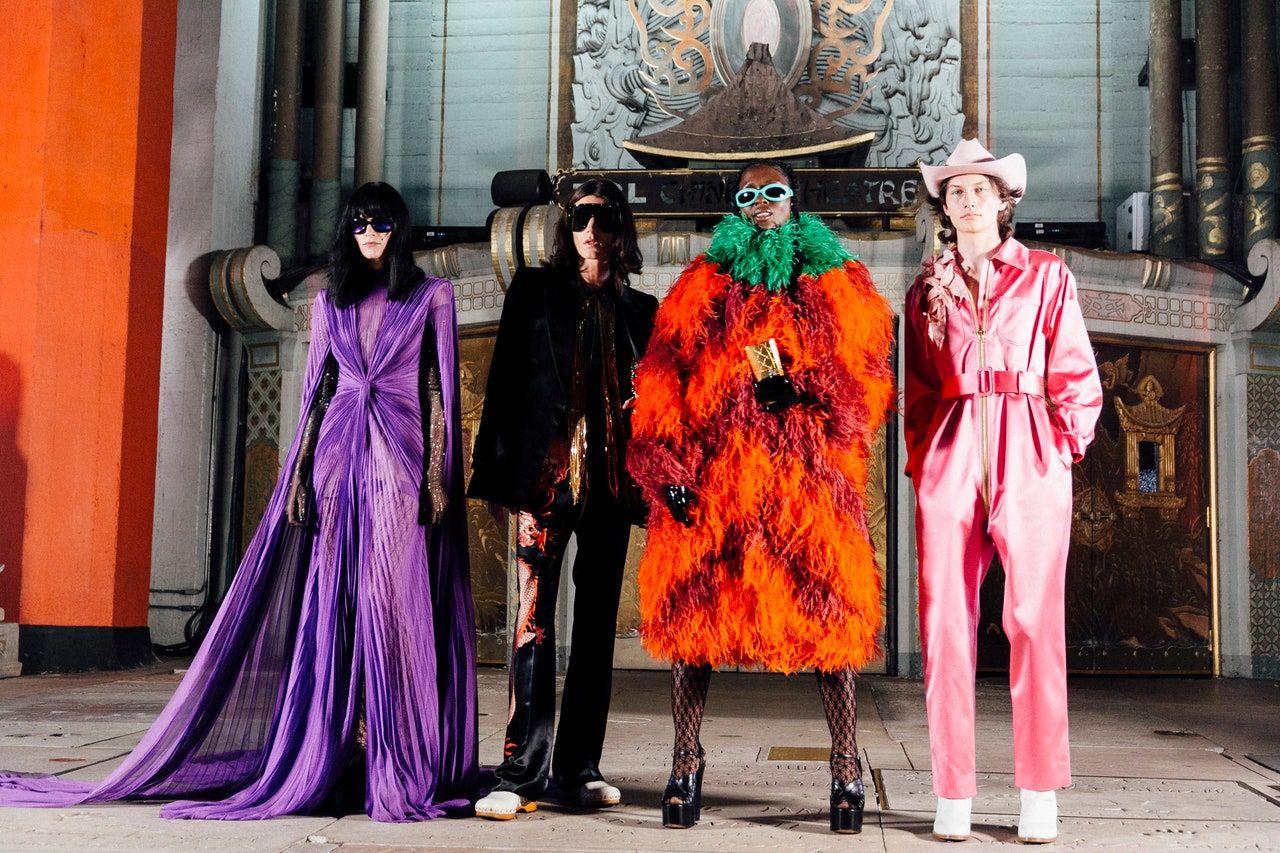 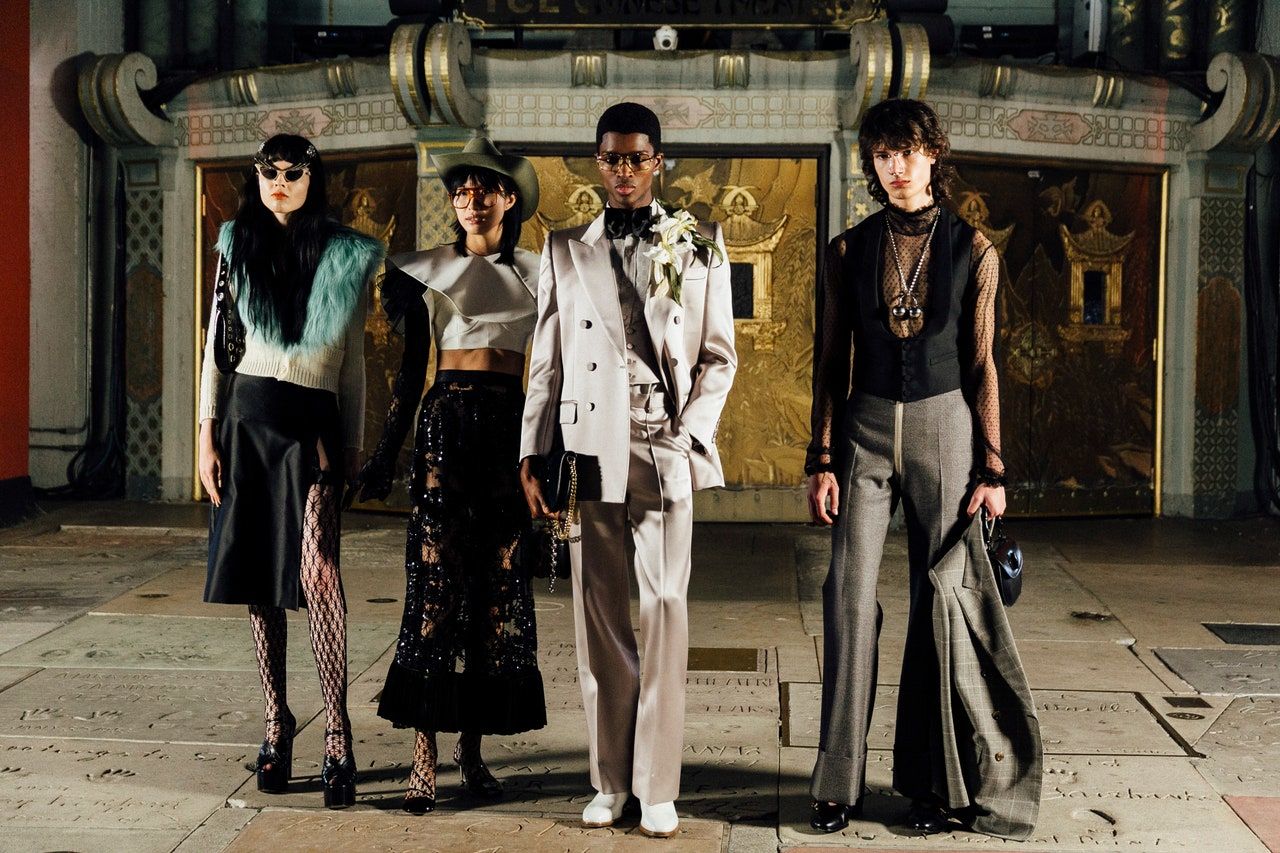 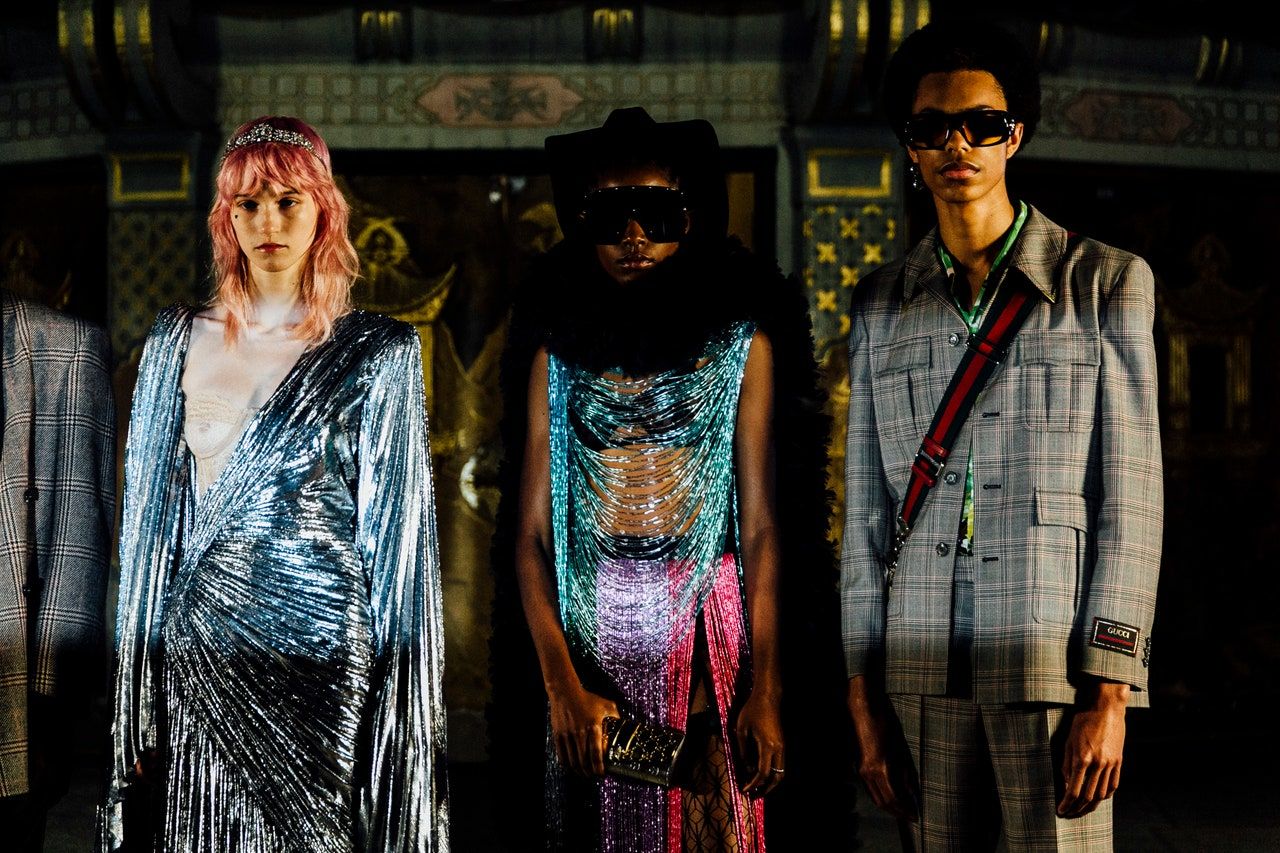 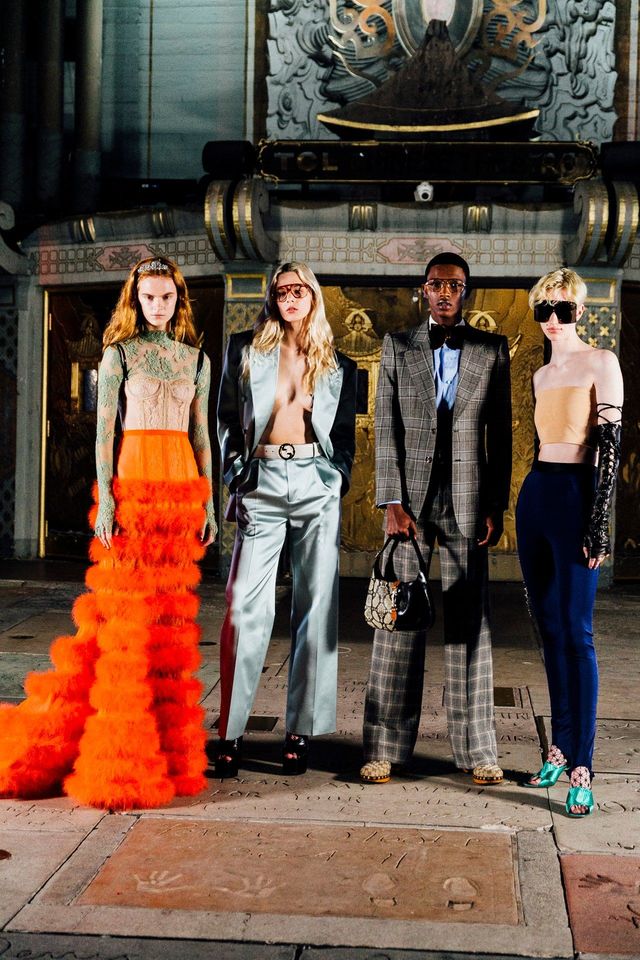 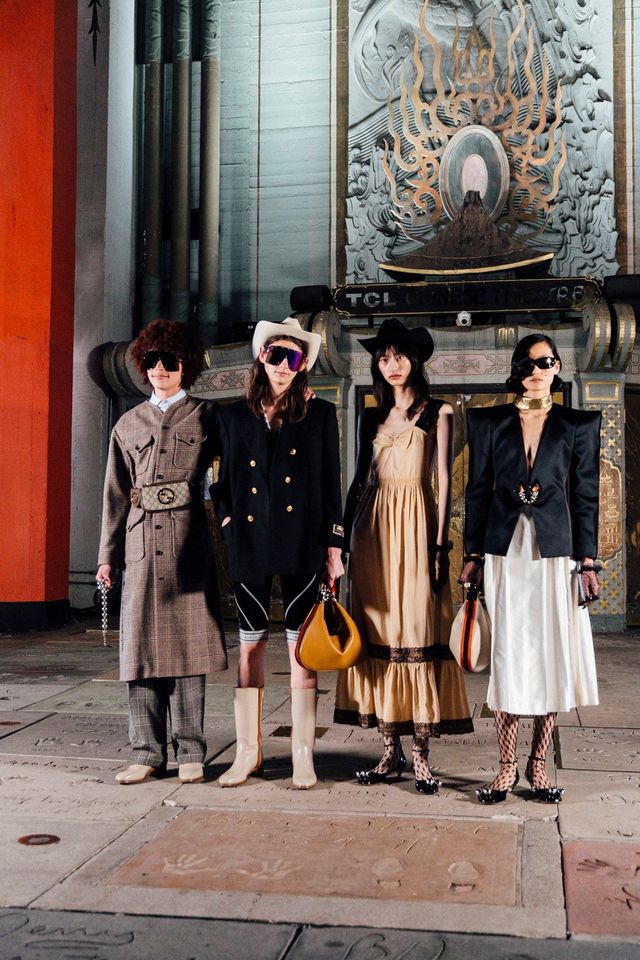 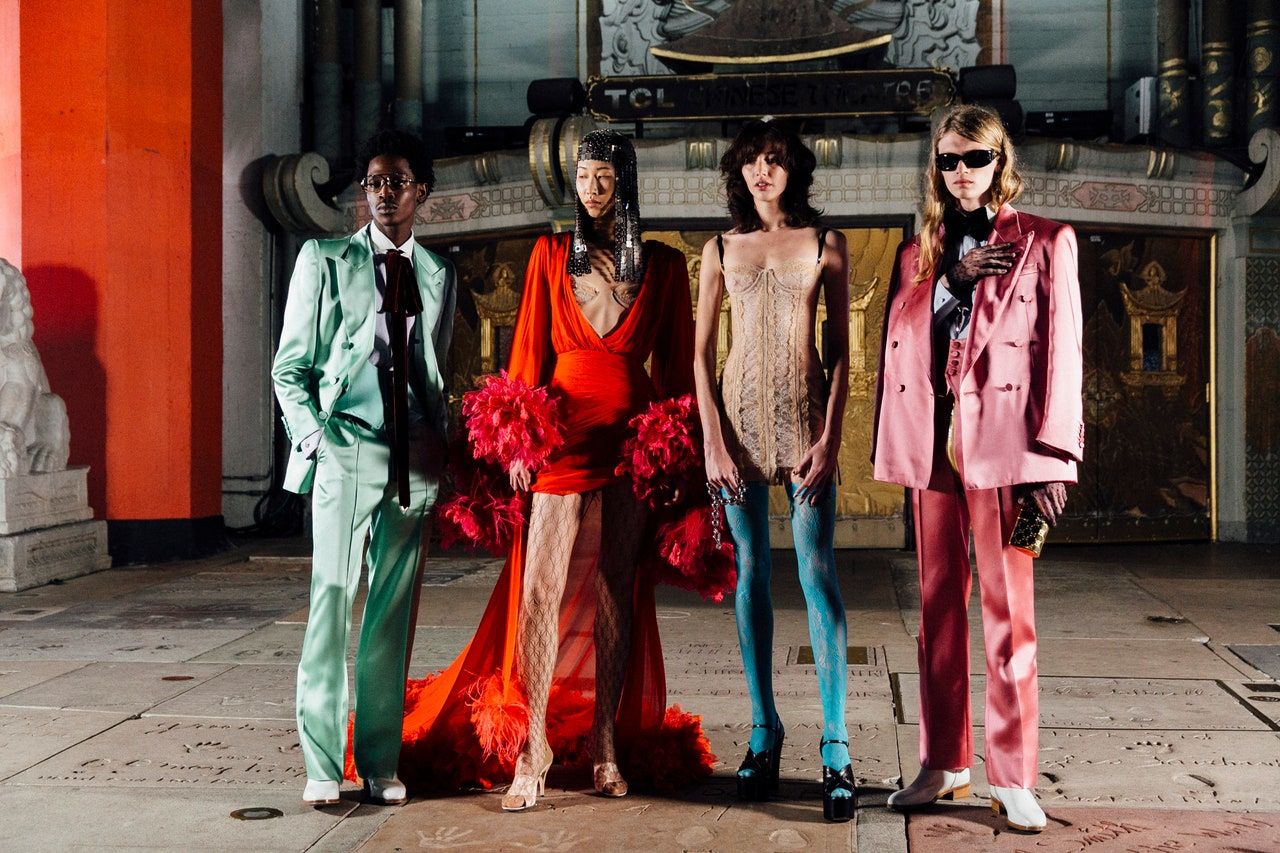 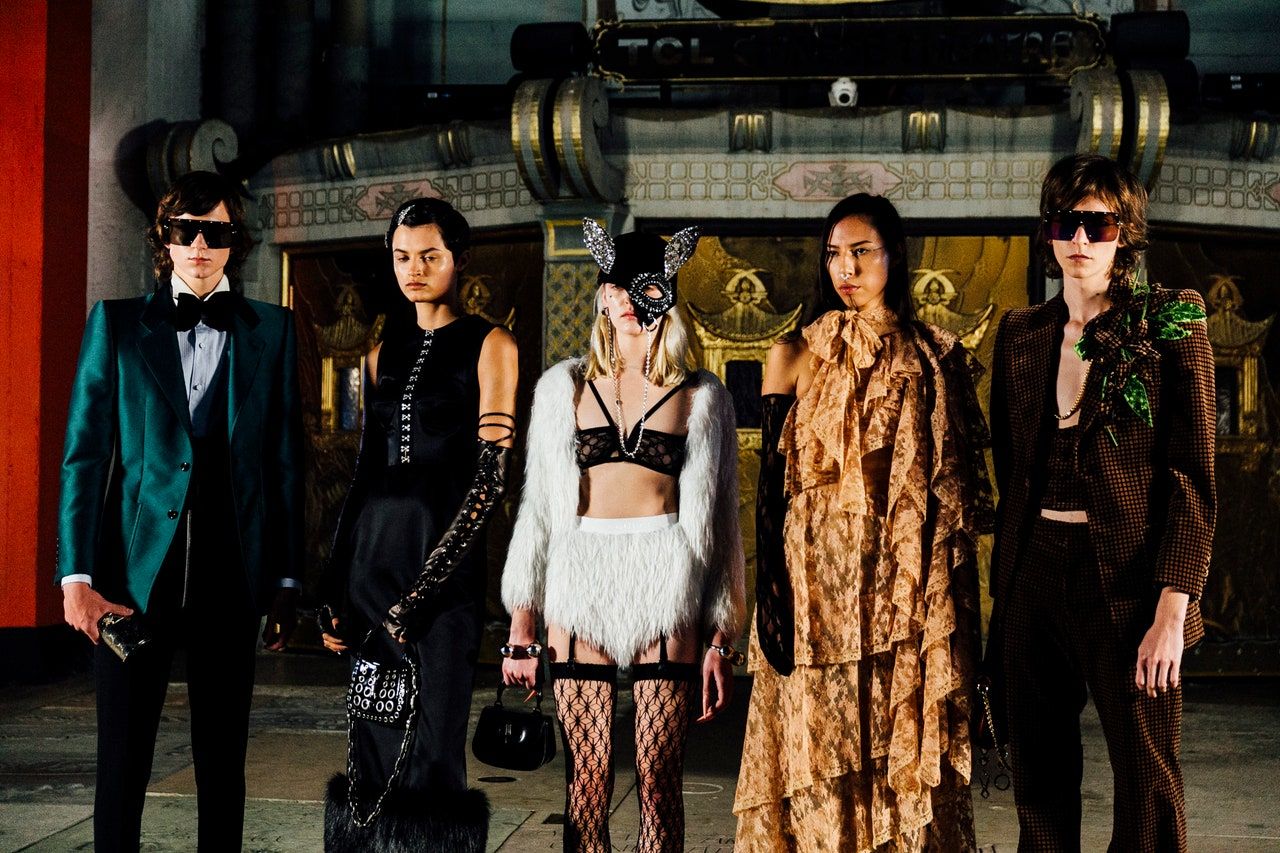 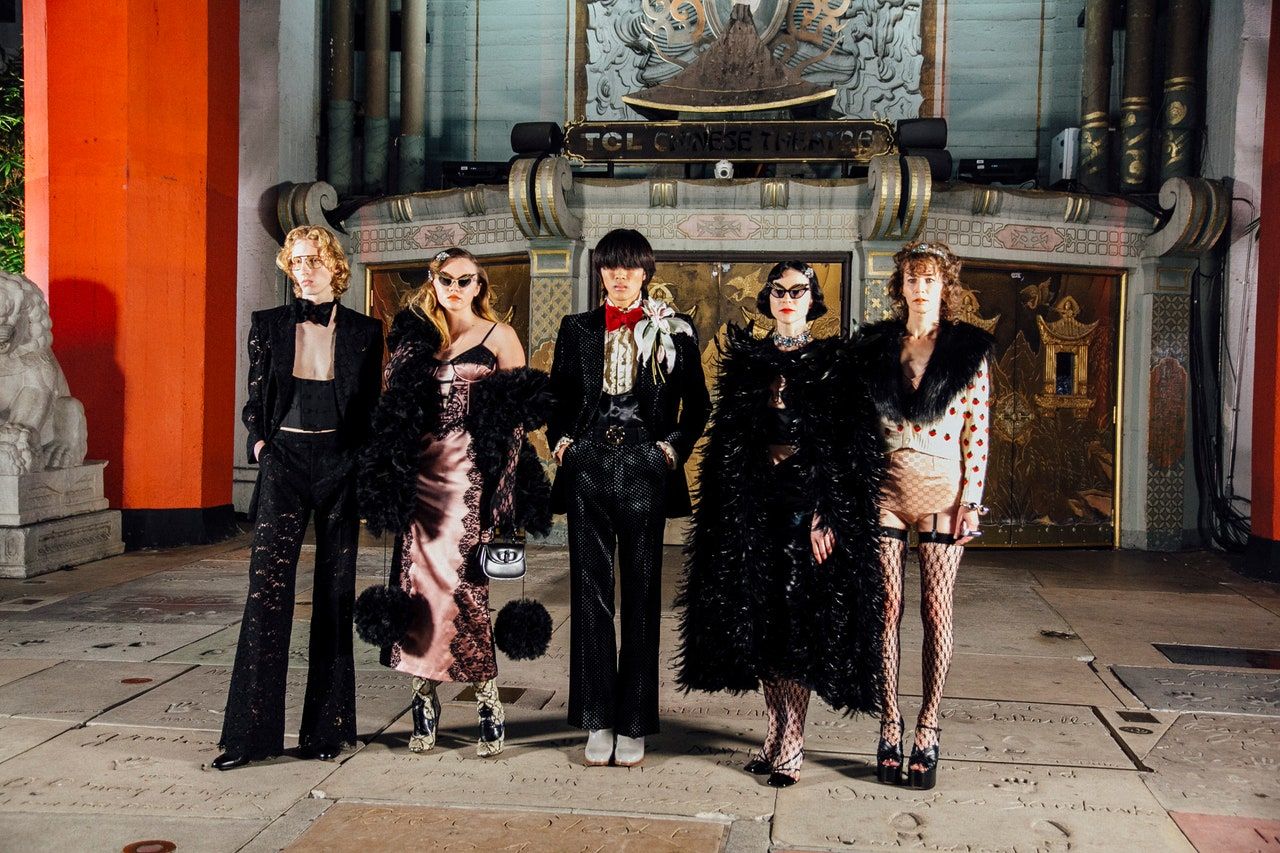