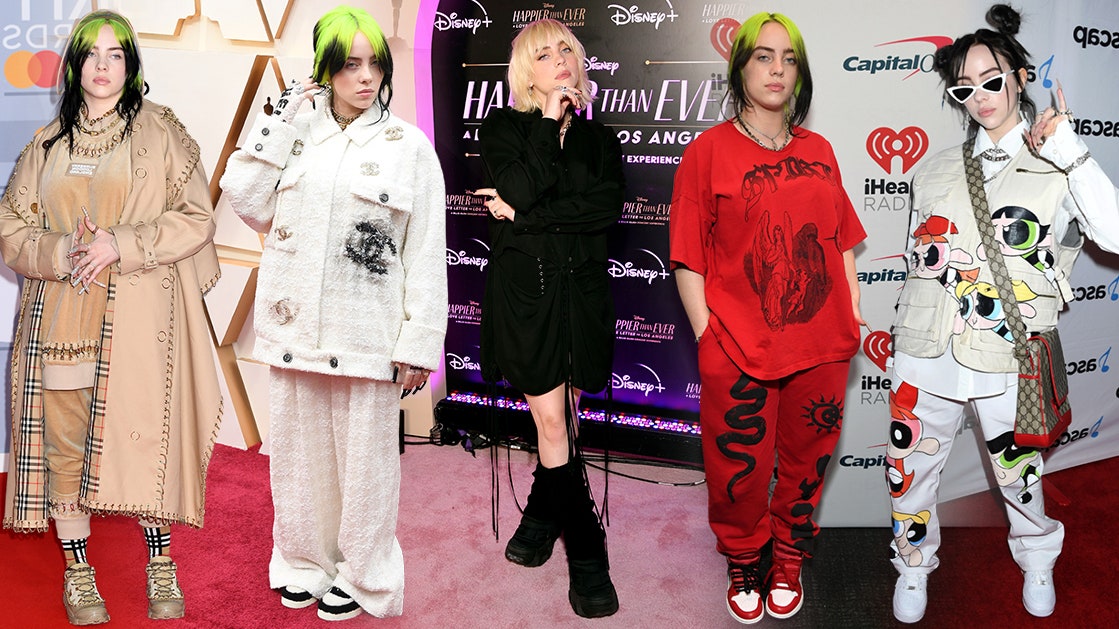 Billie Eilish’s Style Journey Is a Lesson in Fierce Individuality

The musician may only be 19 years old, but her style has already contained many lifetimes.

It’s undoubtedly that voice that made Billie Eilish a star, whether ringing out with twinkling clarity on her breakout song “Ocean Eyes” or slipping into a husky growl on “Bad Guys” against a thumping bassline. And yet her distinctive sense of style-the shock of dyed acid green hair, now blonde; her playful streetwear-has always been equally arresting.

In many ways, Eilish, 19, has come to represent the ultimate expression of Gen Z’s eclectic, mix and match approach to style, first taking California skate culture, mall goth fashion, and oversized streetwear-inspired silhouettes and putting them in a blender-then turning the dial up to turbo with her grungy take on ’50s pinup. But it’s easy to forget that when Eilish first arrived on the scene, her look was altogether more laid-back, largely reflecting her upbringing in the suburbs of Los Angeles. 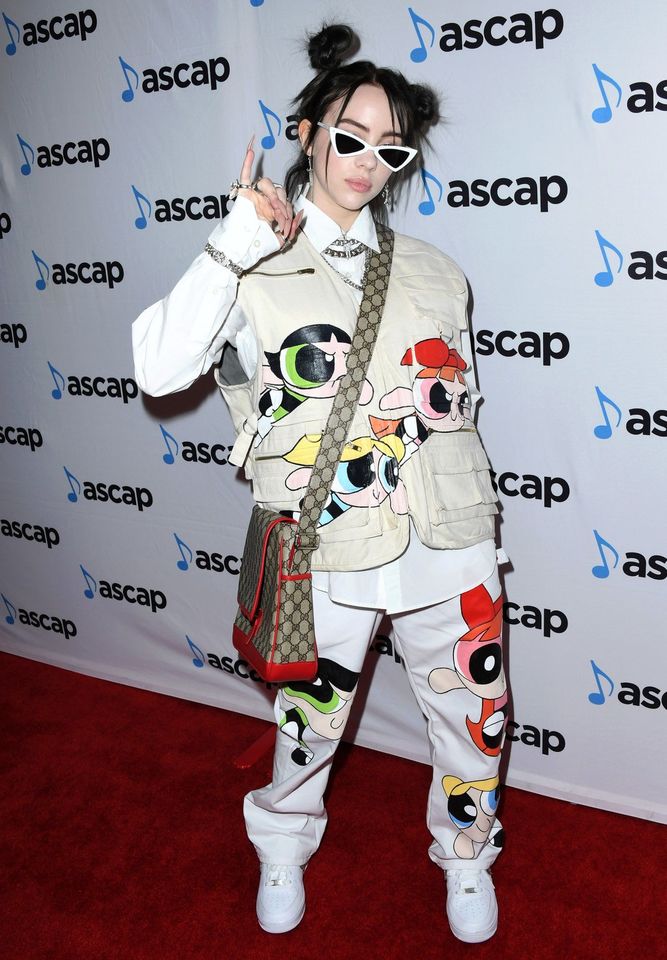 Back when her career first began in 2015 bubbling over as a teenage SoundCloud sensation, Eilish had a style formula that was relatively simple. An oversized tee here, combat trousers there; a hoodie covered in the logo of an underground streetwear label, her neck dripping with chunky gold and silver jewelry. Her hair was bleached an icy blonde, the first traces of her signature bold dye jobs beginning to peek through with touches of powder blue and mint green. It felt less like a concerted attempt to build an image and more an expression of Eilish’s playful creative approach; a reflection of her willingness to experiment by combining unexpected, disparate elements through sound and visuals. 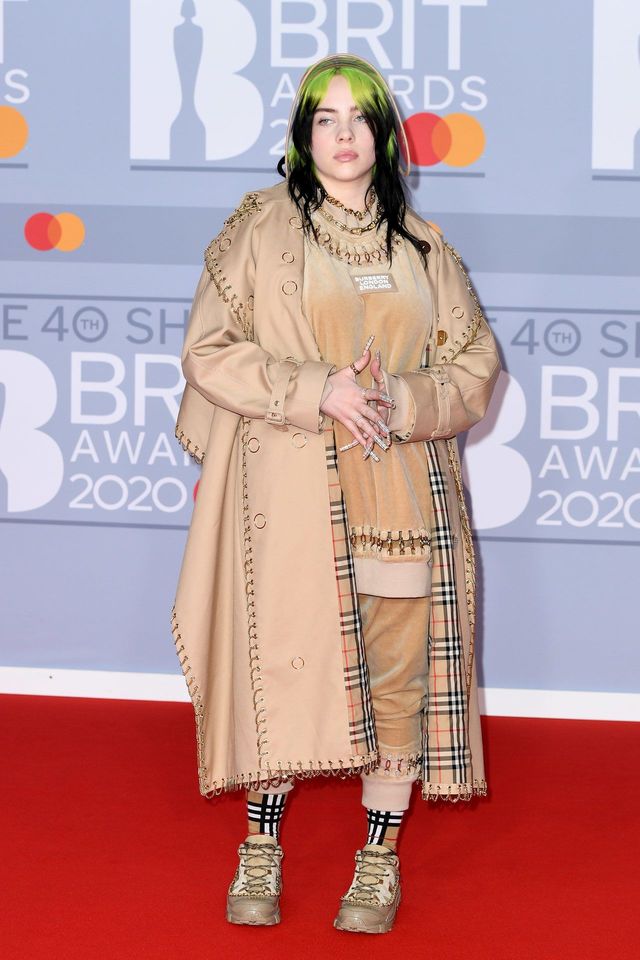 It was in the run up to her debut album in 2019, When We All Fall Asleep, Where Do We Go?, however, that Eilish truly hit her fashion stride. As she rapidly rose up the charts, the world’s biggest brands began paying attention to her aesthetic-so much so that storied houses from Chanel to Louis Vuitton to Gucci not only began sending her looks, but actively reshaping their designs to fit her taste for billowing sleeves, bold logos, baggy trousers, and the occasional touch of glitz. 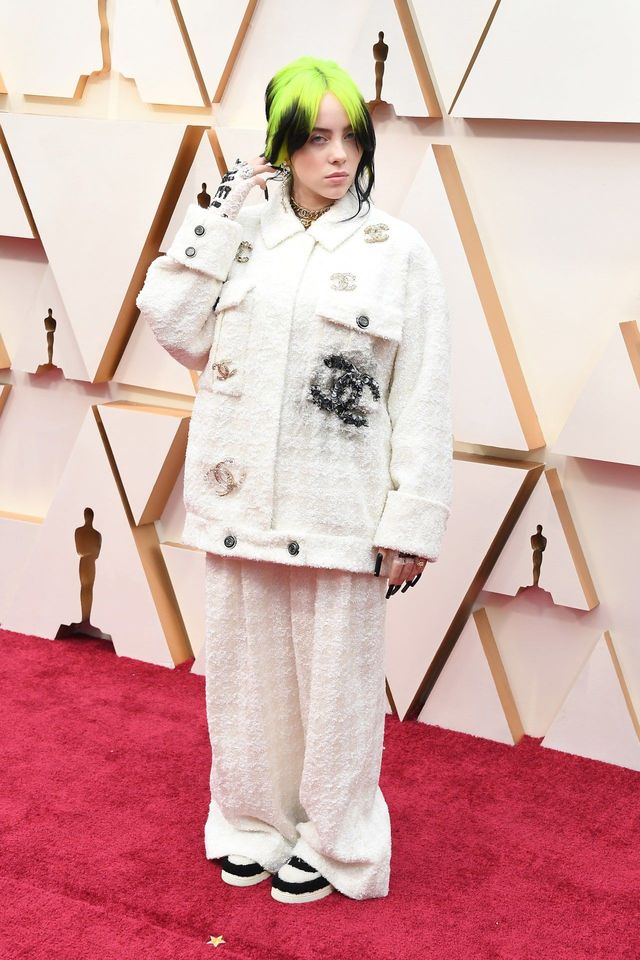 As she swiftly became a household name, though, much of the conversation around Eilish’s style turned to her choice to keep her body under wraps-partly artistic statement, partly a matter of comfort, and partly the simple desire to maintain a modicum of privacy as her public profile went stratospheric. Still, within the skin-baring world of pop stardom, many interpreted it as a formidable proclamation on what it means to be a young woman within the toxic landscape of the music industry, whether Eilish intended it to be or not. 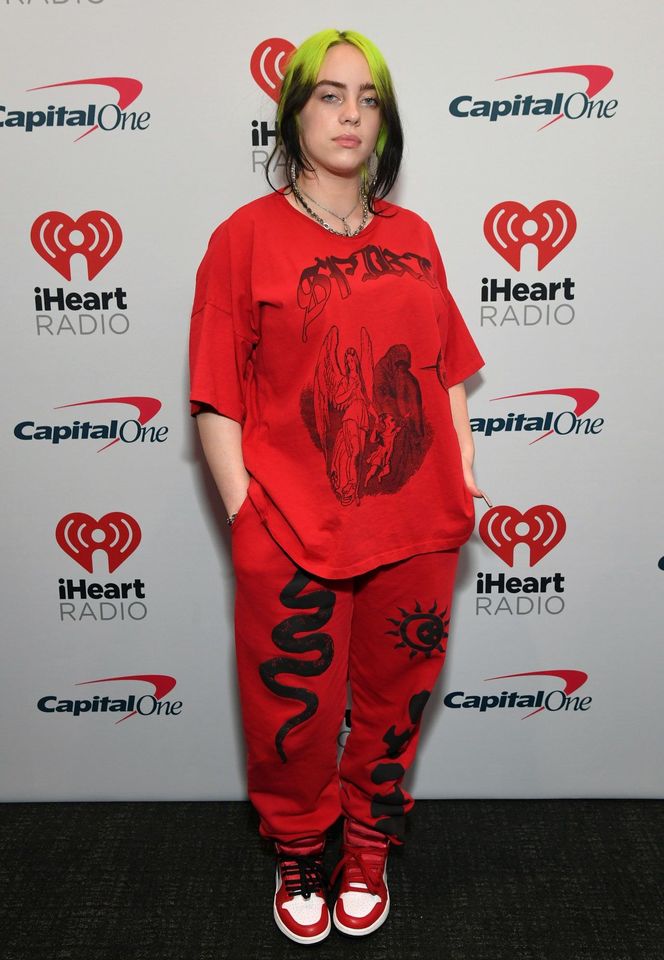 In fact, it was about something altogether simpler, as she explained in her interview for British Vogue in June: clothing as a means for Eilish to take control. The cover image of her dressed in a waist-whittling corset and with Marilyn Monroe-style hair was bound to elicit an outsize reaction, as the tabloid presses churned with snippy commentary on her newfound willingness to embrace her sexuality through style. But for Eilish, it was a fierce statement of autonomy. 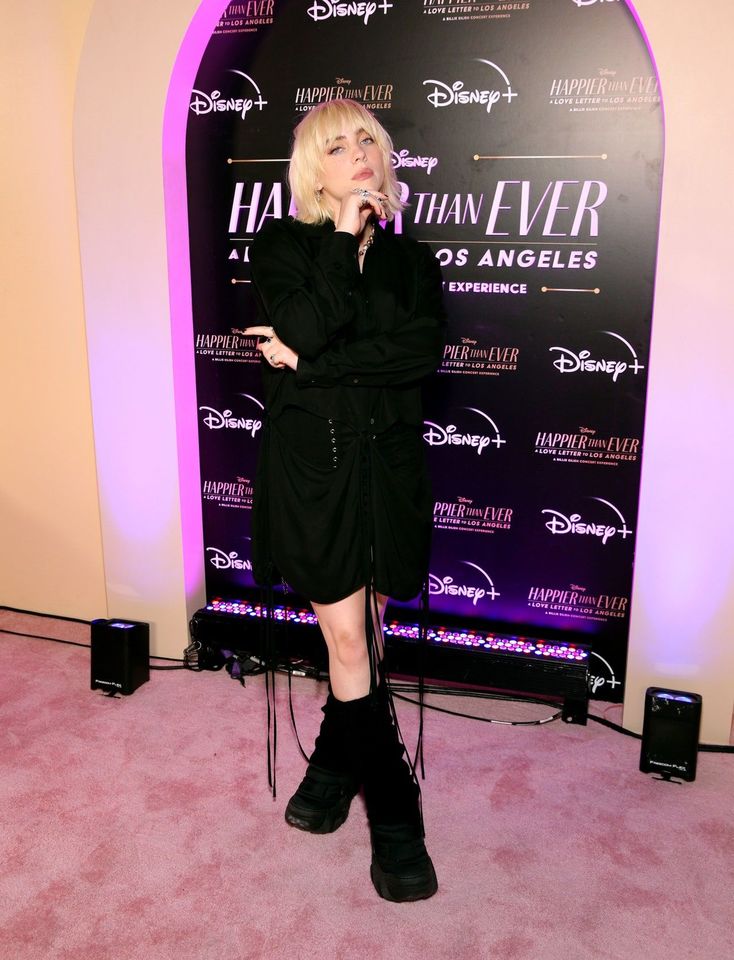 Part of the charm of Billie Eilish-Billie Eilish the pop star, that is-is that she arrived far from fully formed. She was never the identikit, pre-packaged musician coming off the factory floor and ready for public consumption. The chameleonic nature of her style reflects the same seductive twists and turns that color her output as a musician: both angsty and wildly artistic, humorous and deeply heartfelt, personal and universal.

It’s that sense of accessibility-that you too could dress like Eilish-that makes her special, even when she’s wearing a powder pink Gucci corset on the cover of British Vogue. As she ushers in a new era in her style journey, there’s still nobody doing it like Billie.