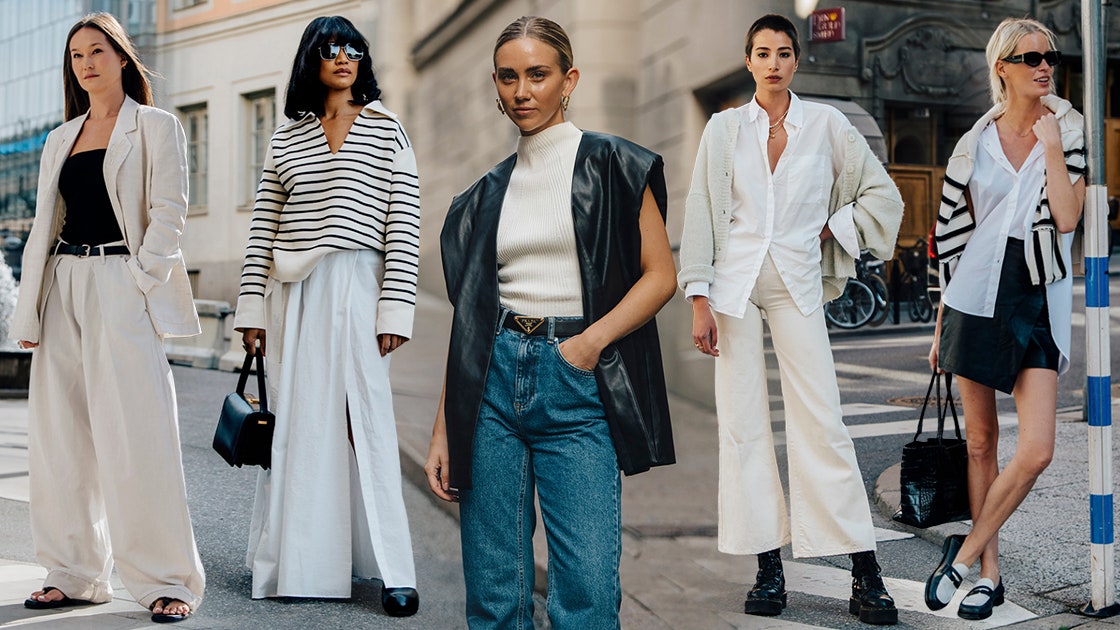 Follow the lead of these chic showgoers at Stockholm Fashion Week.

Stockholm Fashion Week has come to a close, and all the while, photographer Søren Jepsen was on the ground capturing the city’s most stylish. Between bright colors, flashy prints, and of the moment accessories, it was those seemingly simple looks that stood out. Showgoers opted for a lot of black and white pieces, from handbags to boots and knitwear to suits. Combining the color-less hues is a modern interpretation of the effortlessly minimalist style we often see out of Scandinavia; however, instead of camel and grey neutrals, it was bolder yet still minimalist-approved black and white.

On the fall runways, we might have seen colorfully collaged garments, glamorous re-emergence partywear, and poppy bright aughts-inspired style, but this group of street style stars gave us fall fashion outfit inspiration that is a little easier to digest (and to wear, too). Mixing versatile pieces such as ivory jeans, black outerwear, or white button-ups will always be a reliable recipe for seasonless, cool style. 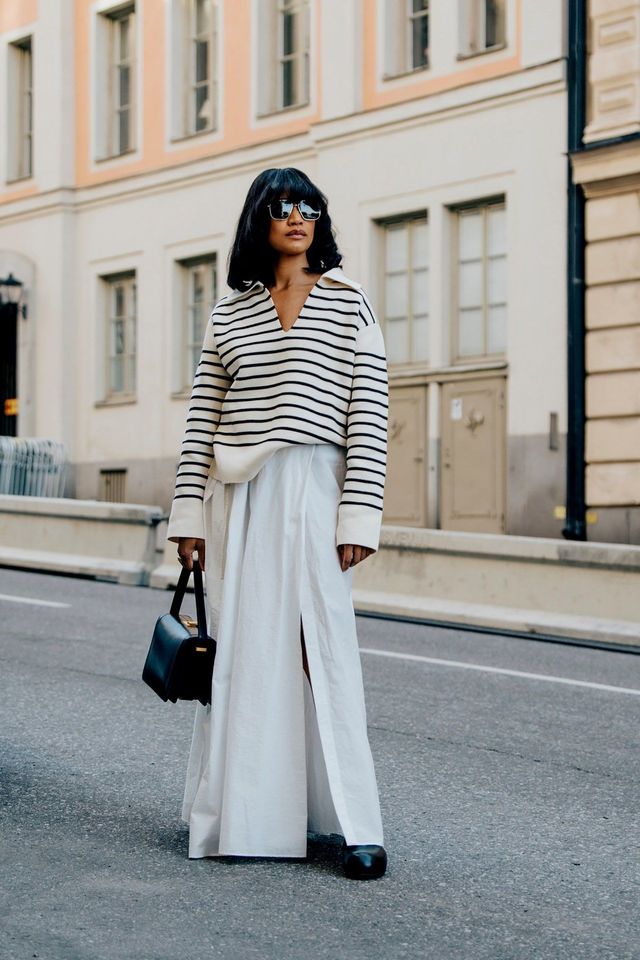 The sailor stripe knit is a wardrobe staple in its own right-it looks good with everything from a white maxi skirt to a pair of denim. 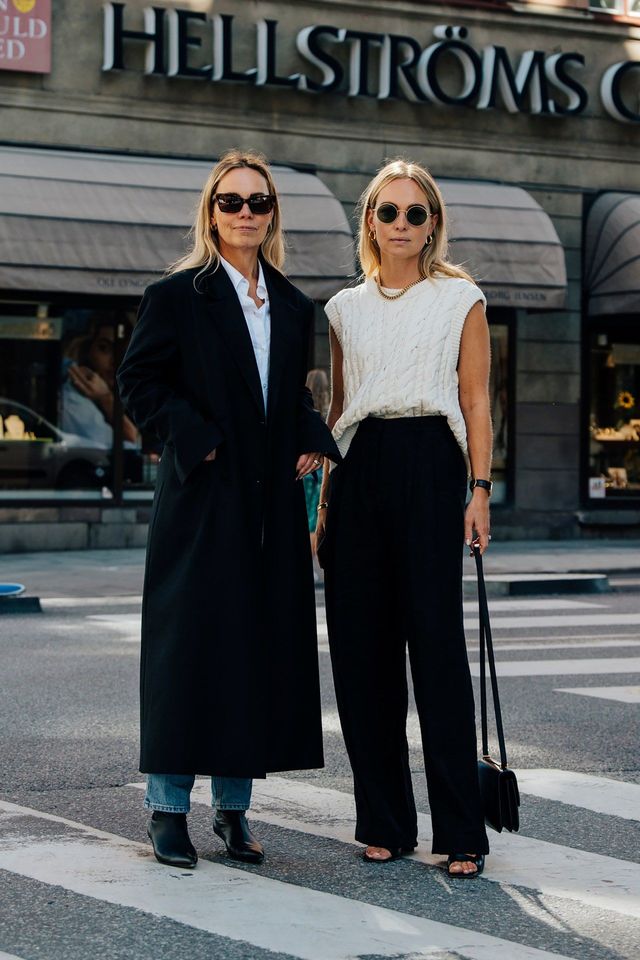 For a polished look, stick to one metal. 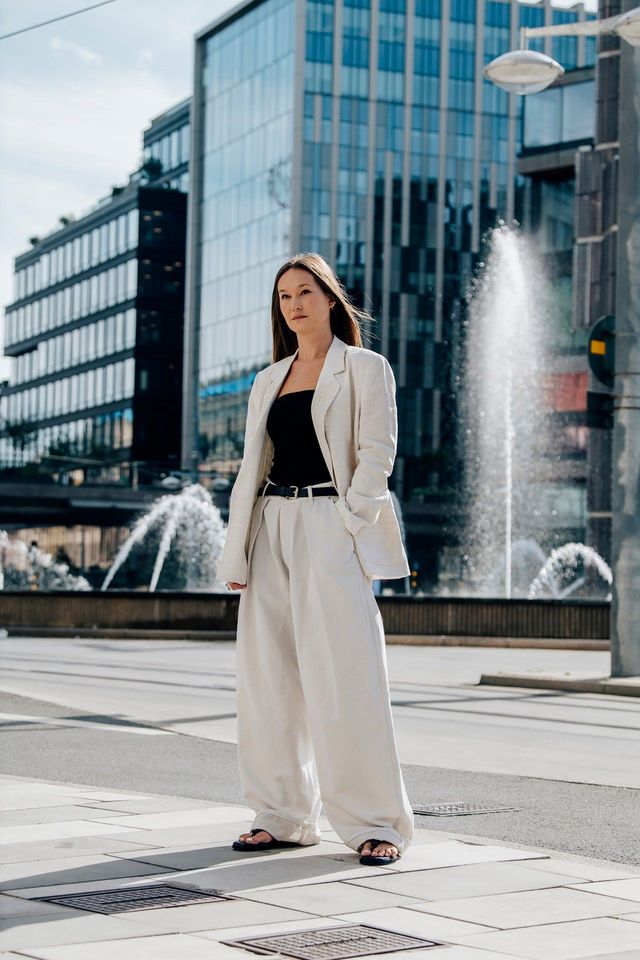 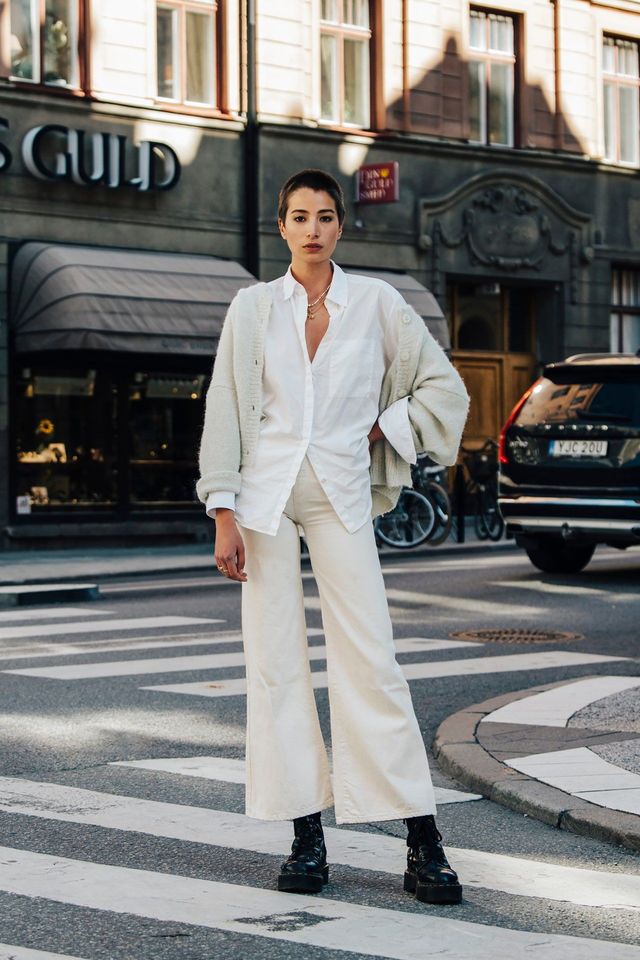 Pile on a few different shades of white in different materials for a uniform look that doesn’t lack texture.

This fall, swap your traditional black boots or handbag for one in a bright white instead. 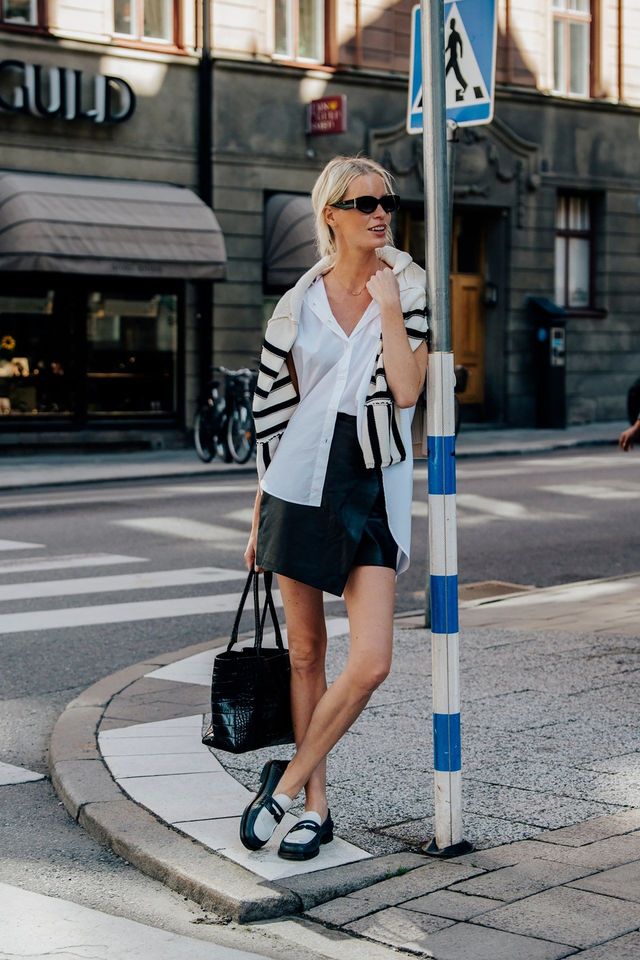 Play up the black and white pairing with pieces that combine the two for you. 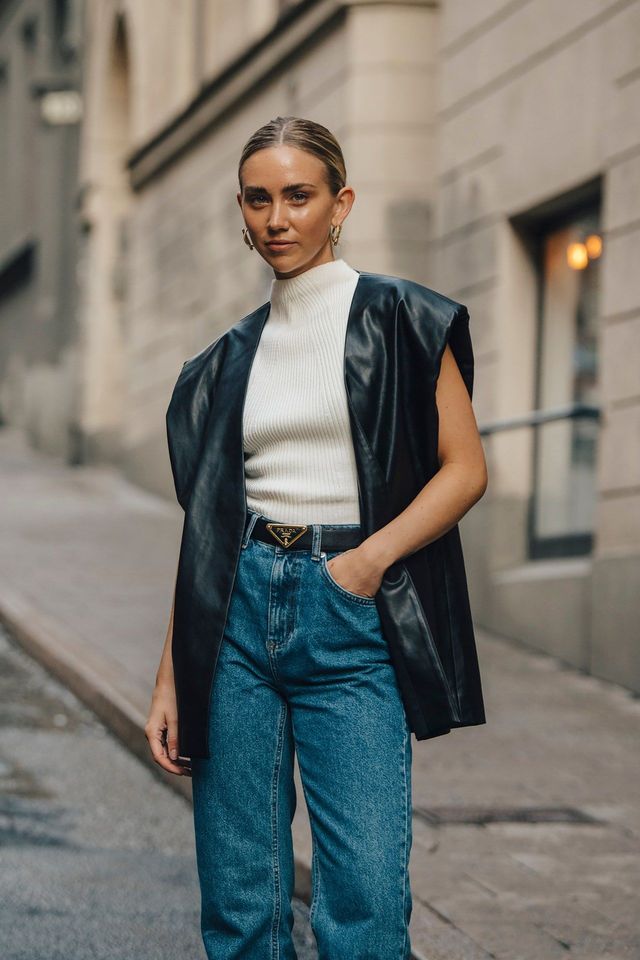 Blue jeans are also neutral in our book.