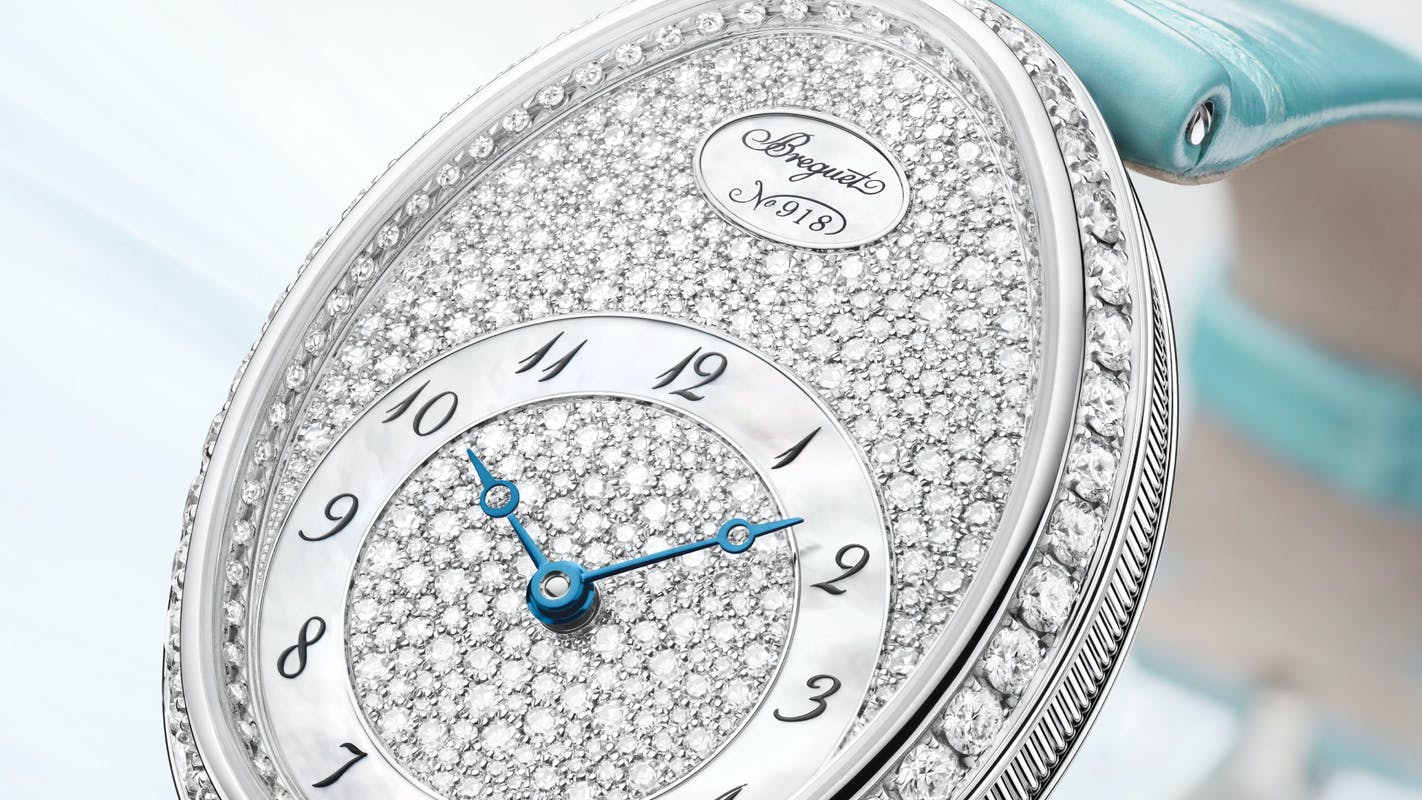 Breguet's Newest Watches Are Fit For a Queen

The elegant Reine de Naples collection was inspired by a historic bracelet that Abraham-Louis Breguet made for the Queen of Naples herself.

Aside from being the Queen of Naples in the early 19th century, Caroline Murat was a keen connoisseur of jewellery: She was especially partial to the creations of Abraham-Louis Breguet. One of the most notable watches that Breguet created for Murat was a wristwatch - a rarity in those times, made even more exceptional by its unusual, asymmetric egg shape. 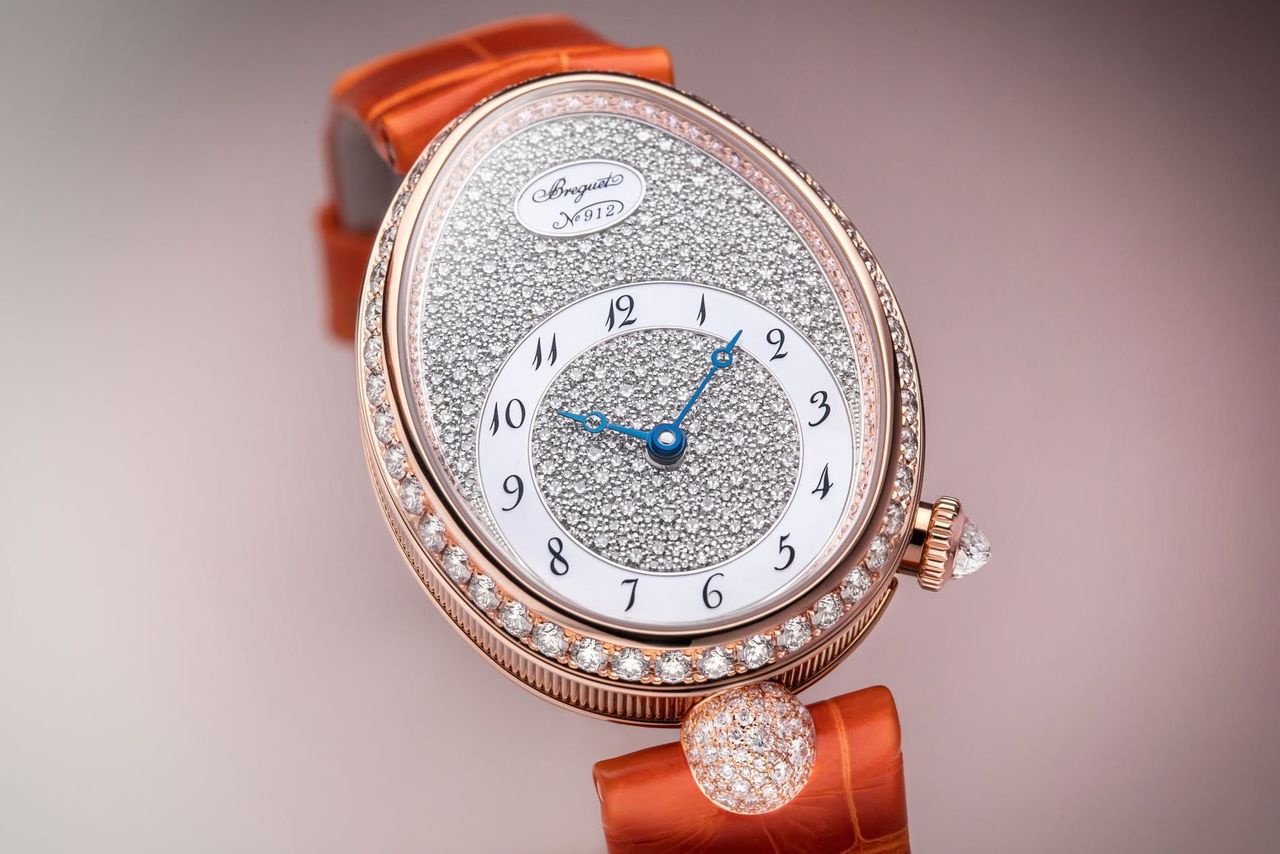 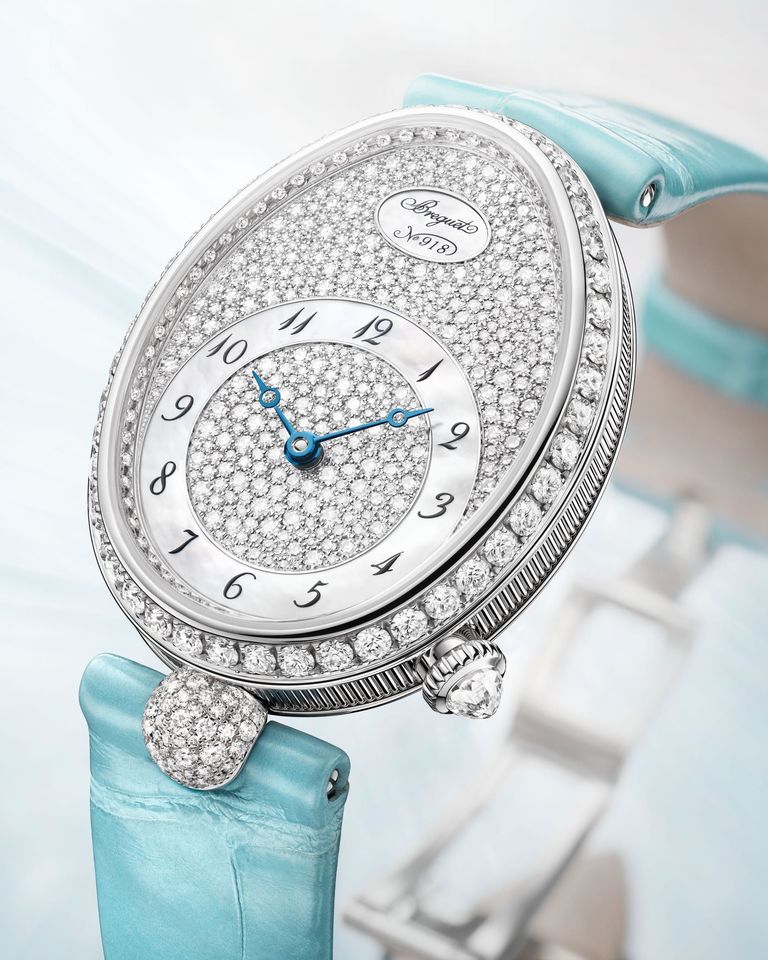 The new model comes in two sophisticated colours - white gold with a blue bracelet, a delicate blend of colours that emphasises the ocean of diamonds on the dial, and rose gold with an orange bracelet, a noble combination that gives it the appearance of a modern heirloom. 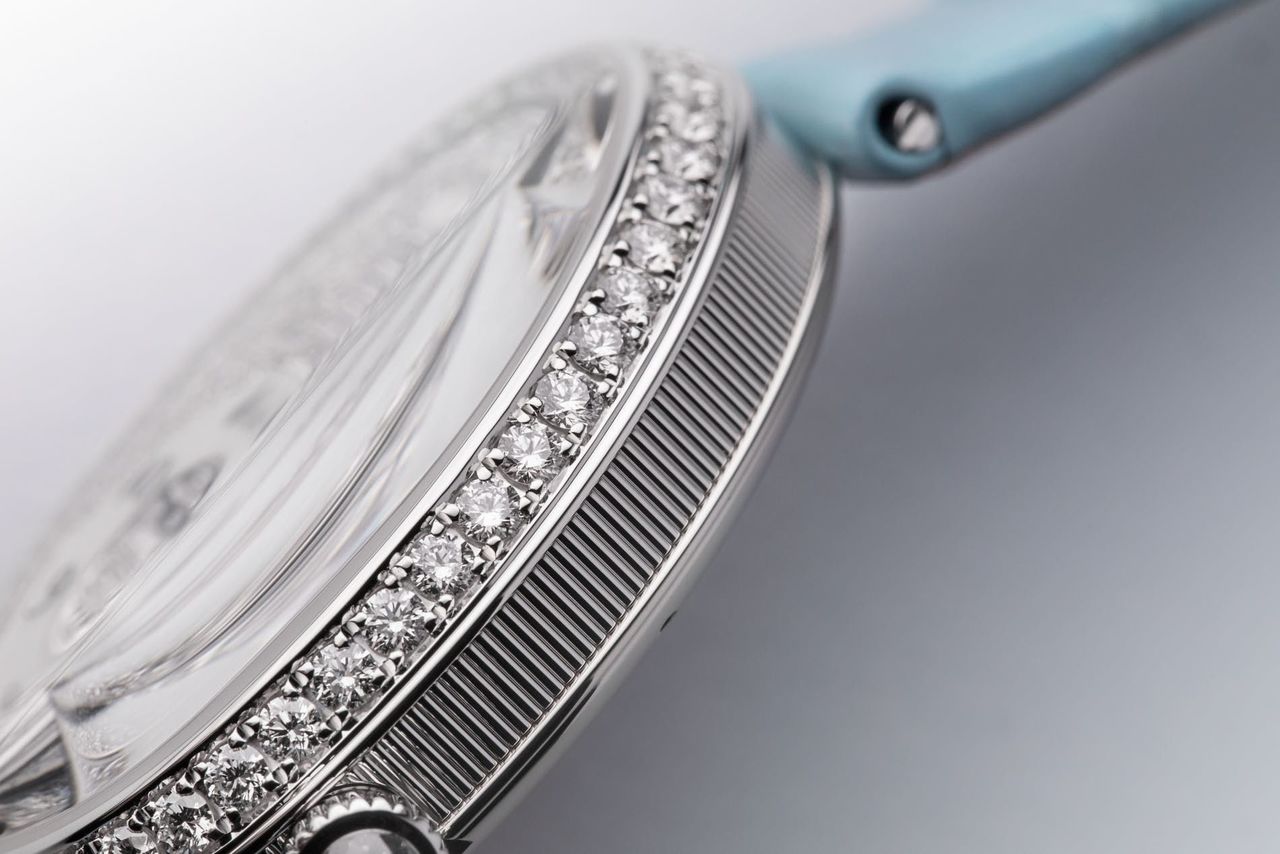 The first thing you'll notice about the Reine de Naples 8938 is, undoubtedly, its dazzling dial. Here, Breguet uses the snow setting technique to wondrous effect: Instead of simply sticking the stones in an indistinguishable, staid row, craftsmen have patiently arranged a bevy of differently diamonds. Together, it creates the illusion that the dial's glistening diamonds were coming to life. 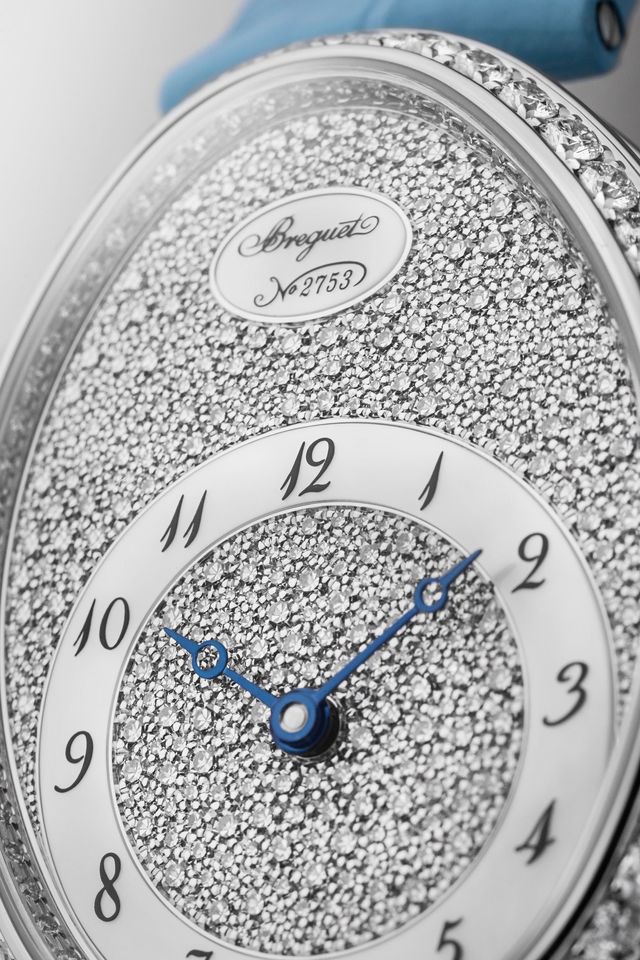 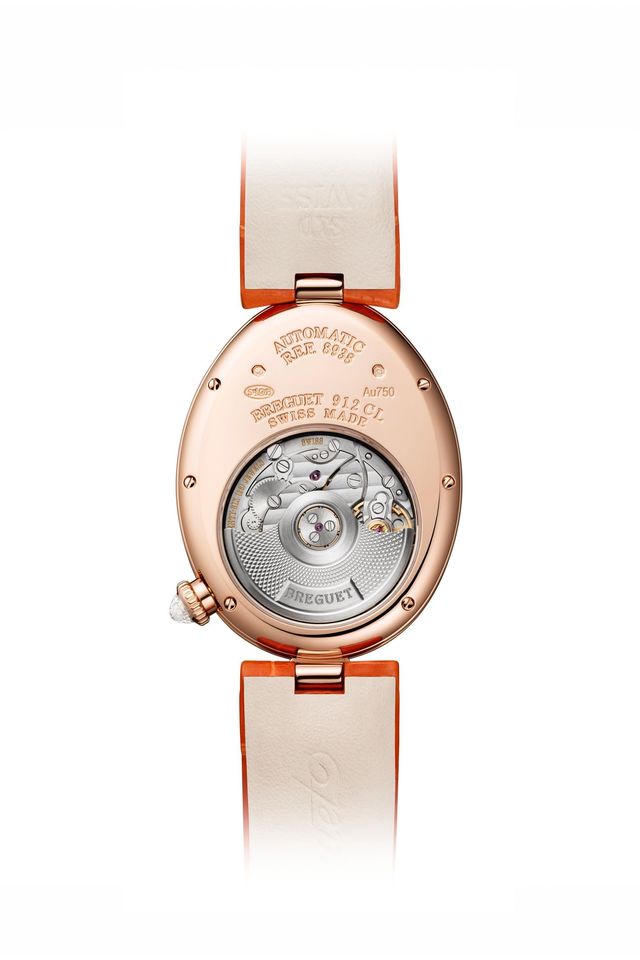 At 6 o'clock, you'll find the off-centre hours chapter - an added bit of visual interest that highlights the dynamic look of the Reine de Naples 8938. Completing the dazzling package is the briolette-cut diamond on the crown - a style that was particularly popular during the Victorian era.

As always, Breguet pairs exceptional aesthetics with peerless technology: In the new Reine de Naples 8938, you'll find a self-winding mechanical movement and a platinum rotor at its heart, all visible through the pane at the back of the watch. 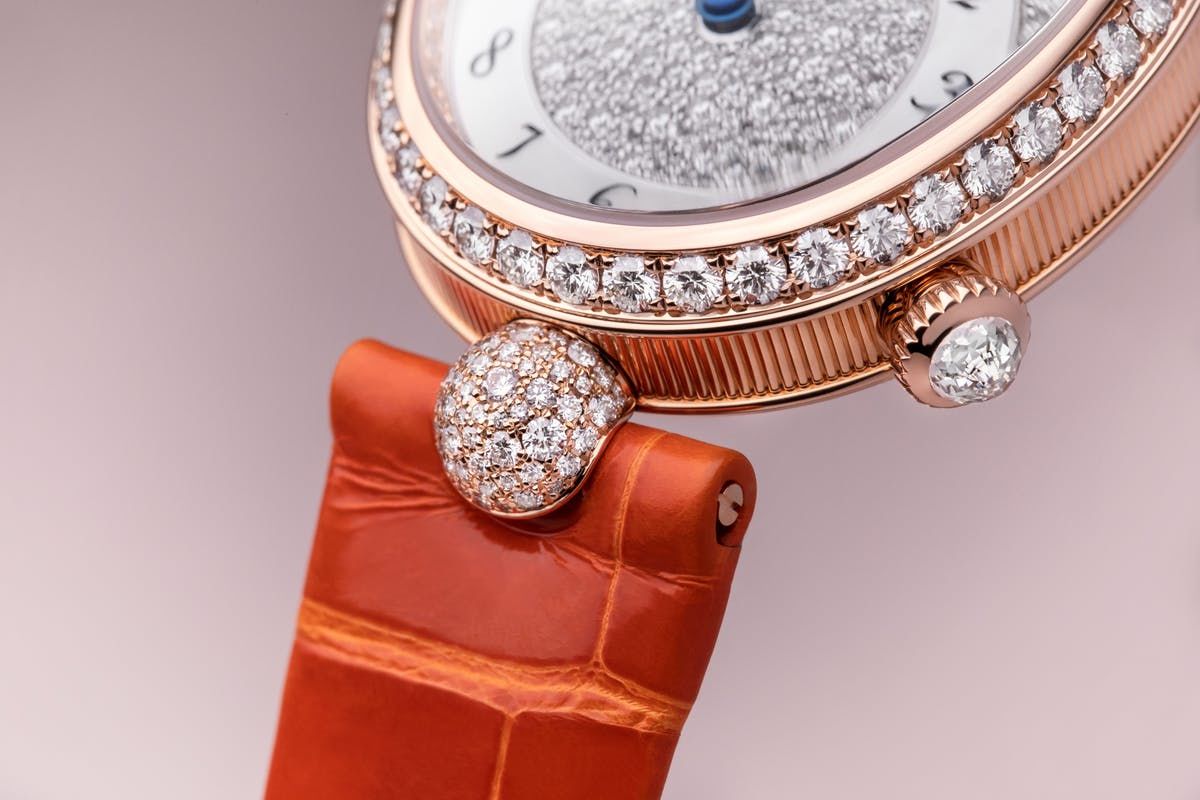