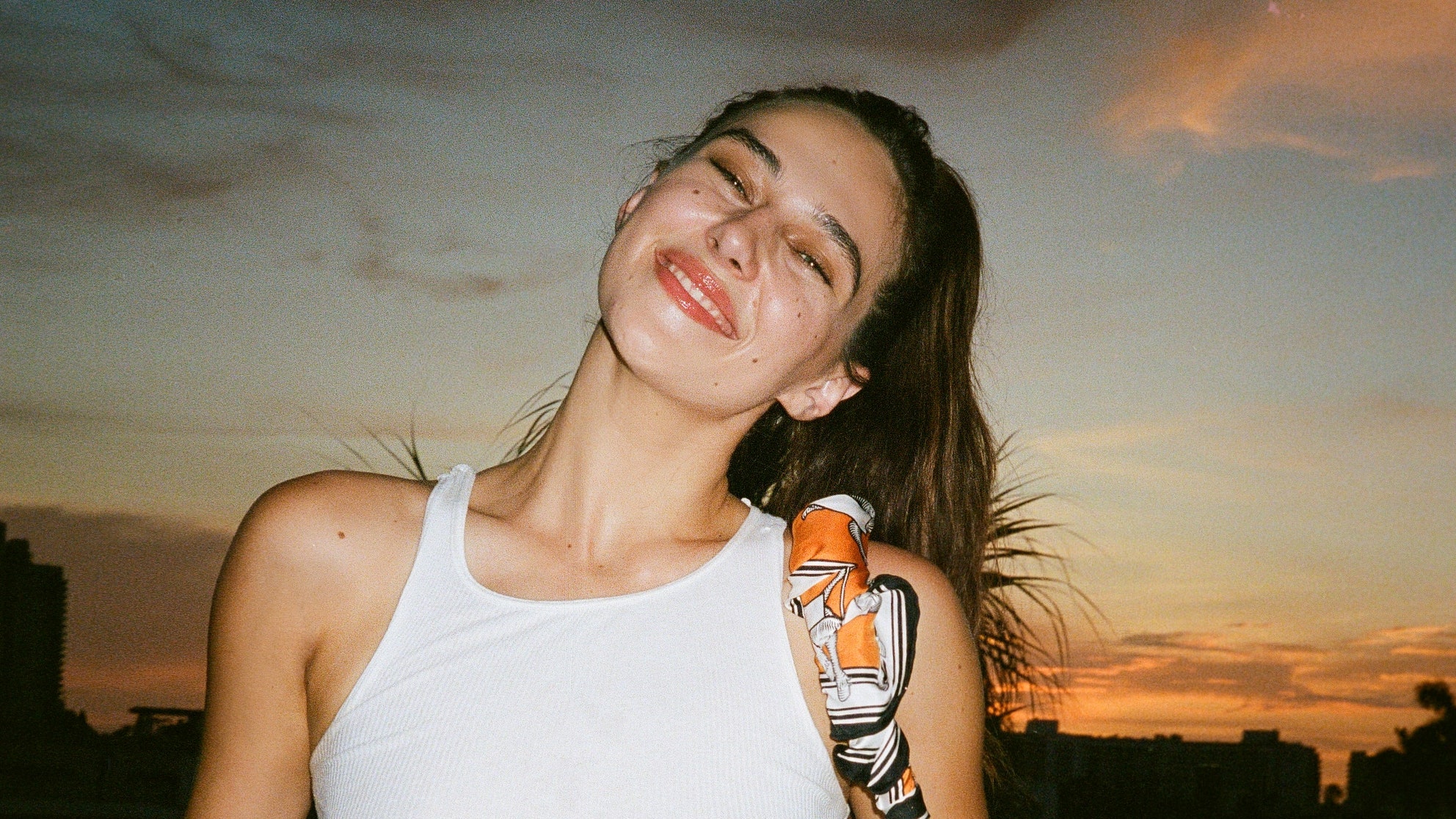 Last week, Venus X, Aleali May, and Devon Lee Carlson turned up the heat for the British heritage brand. 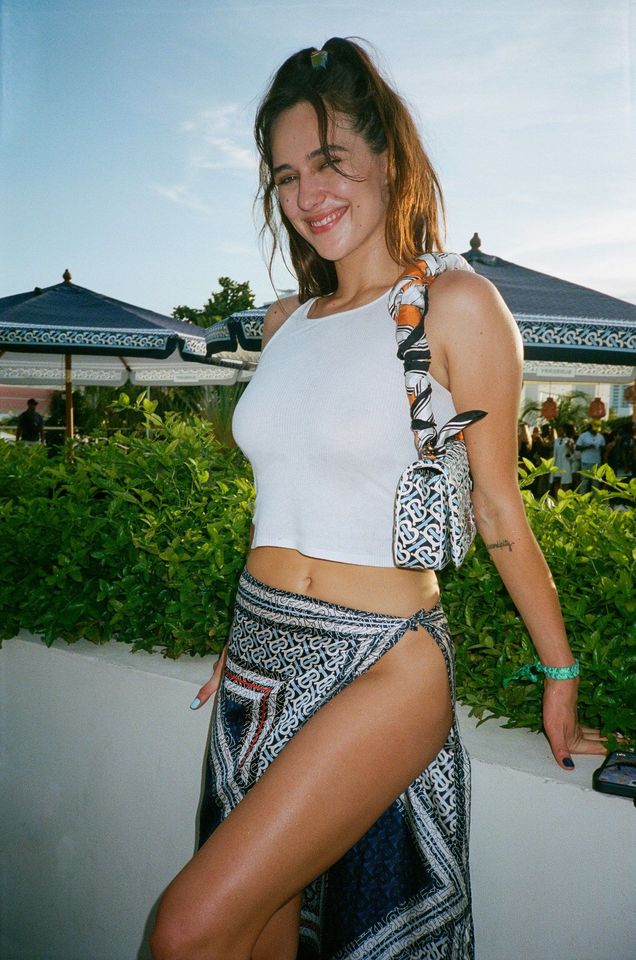 Nature is healing, and the first sign of that, at least for me, was in the vape nation of Miami at a Burberry monogram bash. The heritage brand held a party at The Goodtime Hotel, a new hot spot on South Beach’s main drag of Collins Avenue, set up by Pharrell Williams and hotelier David Grutman, which opened in mid-April. Burberry really gave its 165-year-old history a freaky chic sand-strewn vibe at a weekend-long event to celebrate its latest TB Summer Monogram collection. The outside lounge chairs and cabanas were completely outfitted in Riccardo Tisci’s updated Thomas Burberry logo. (I’m curious if anyone made off with some of those really amazing pillows.) There were even really handsome dudes walking around passing out popsicles wrapped in Burberry packaging.

The itinerary was relaxed: There would be a dinner the first night, and the next night, there were several DJs, including the likes of New York’s very own Venus X. Influencers were there too, including sneaker designer Aleali May, one of two women who designed for Nike-owned Jordan, and Devon Lee Carlson, the babetastic Los Angeles entrepreneur known for her Y2K hauls and her mirror selfie-friendly phone cases, arrived with her crew.

Sure, outfitting the hotel in Burberry print got the point across about Burberry existing in warm-weather climes, but the merge of Burberry-gone-305 was seen best in the clothing. There was one Burberry staff member whom I had only met previously at a buttoned-up dinner who broke out the brand’s killer lingerie and styled it in body-baring evening looks. Totally cool, totally sensual, and totally an ensemble that I wish I could have worn too. Then there were May and Carlson, both stepped out in killer getups as well. The first night, May had tied a Burberry scarf-something someone in London would have worn around their neck-around her waist à la a sarong with a white tank top. The second night, she layered a monogrammed bikini over a graphic sheer shirt. The next day, Carlson followed suit and opted for the white tank and Burberry sarong look. “Most of the time I’ve styled my Burberry, it is around L.A. or London and I’m wearing it inspired by my surroundings,” says Carlson. “So getting to style the Burberry pieces around Miami highlighted the collection in such a fun way; I think it worked so seamlessly and was perfect in the environment.”

While guests were able to flex their vacation Burberry looks, the event truly signified people having fun again. Venus X probably said it best before she played a killer set in the blazing heat on the second day. This was the first time she had flown out for a gig, and for her, the experience of getting out felt good. “It is so nice being back at work, because honestly, I was losing my mind a little bit. I was having an identity crisis not playing in clubs and not being able to go to Fashion Week events or shows,” says Venus X. “I feel like I’m slowly becoming myself again.” Aren’t we all? 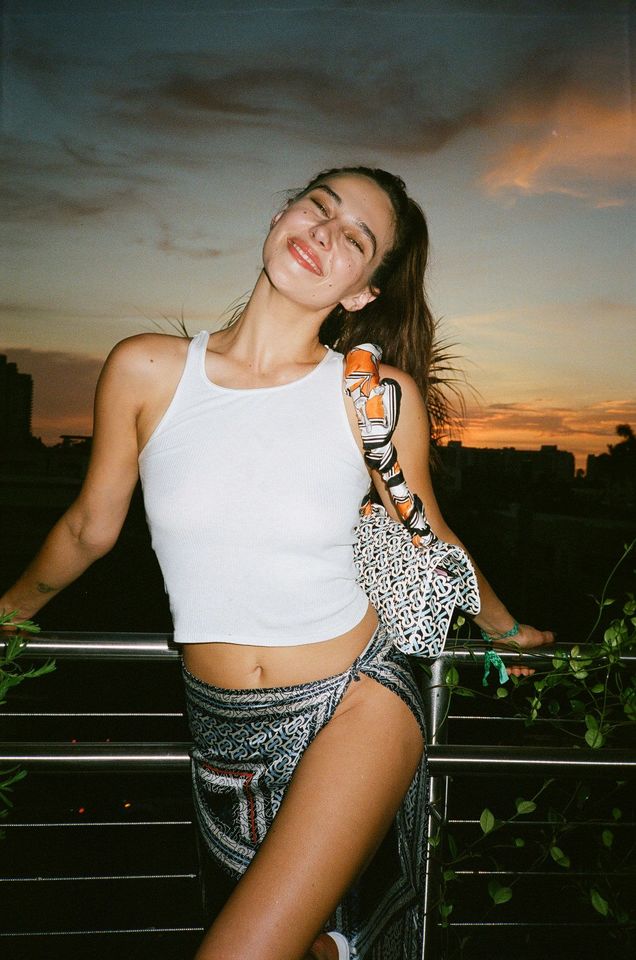 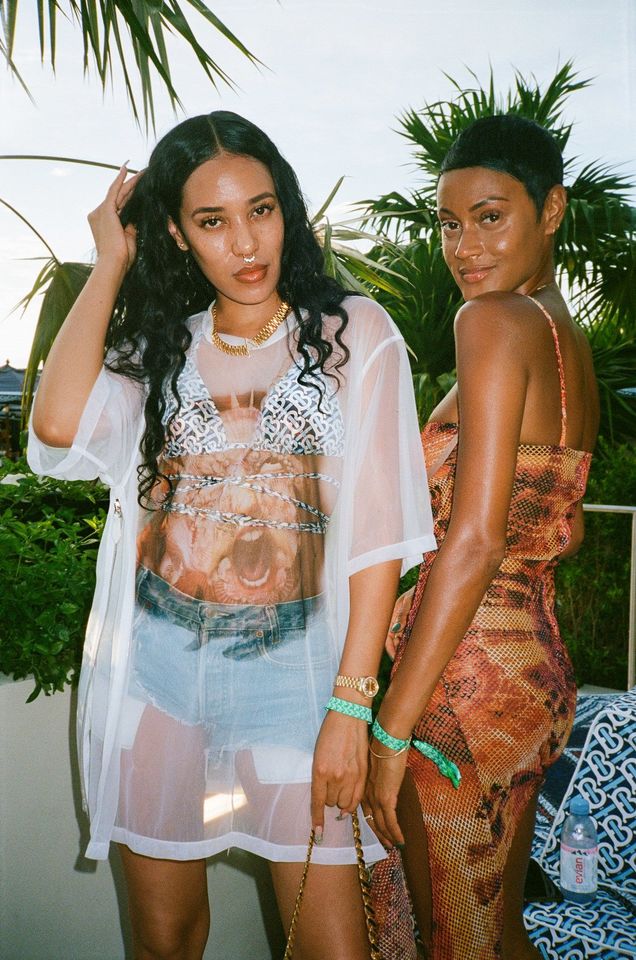 Aleali May and Sasha De Oliveira 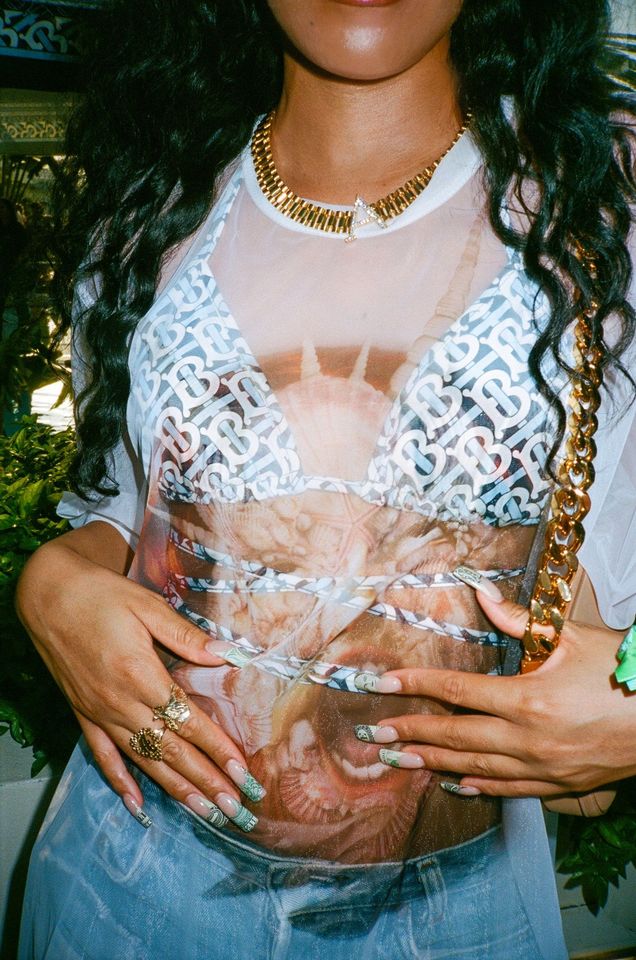 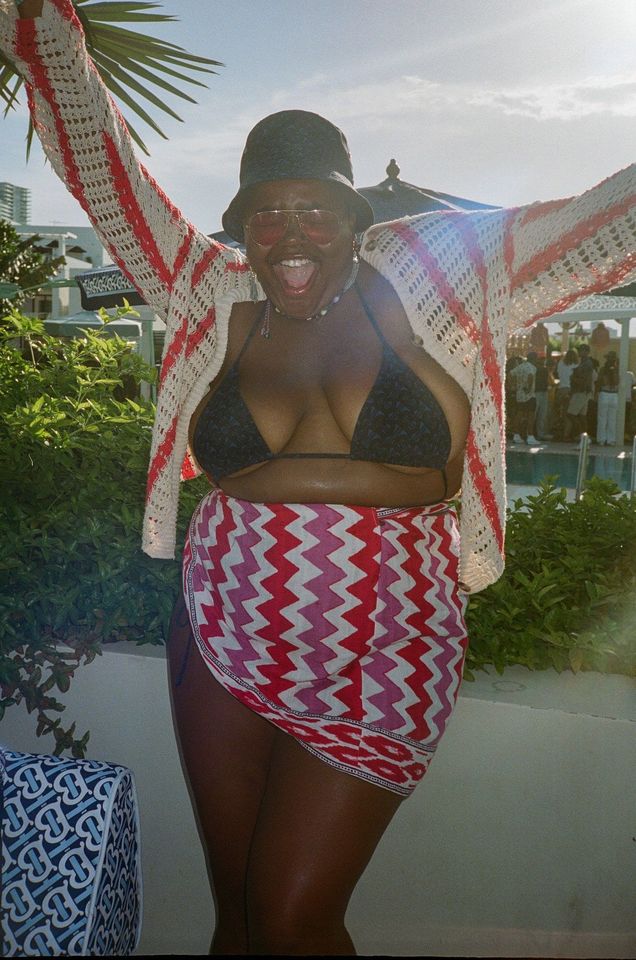 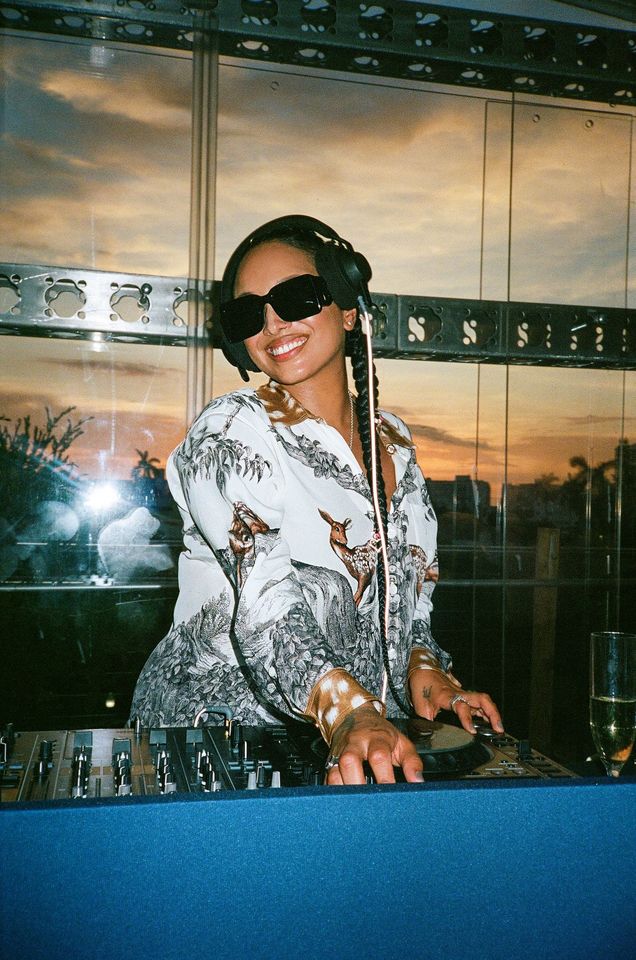 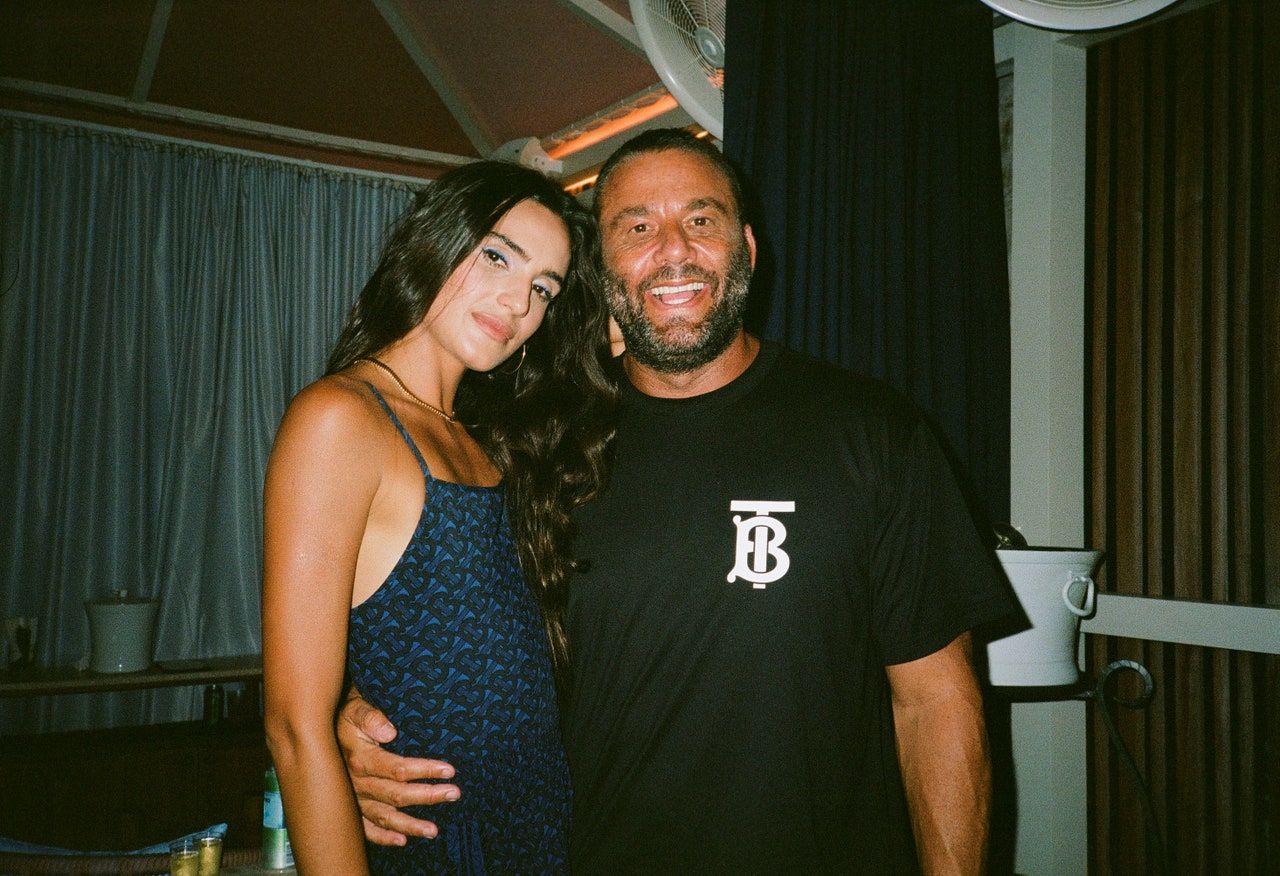 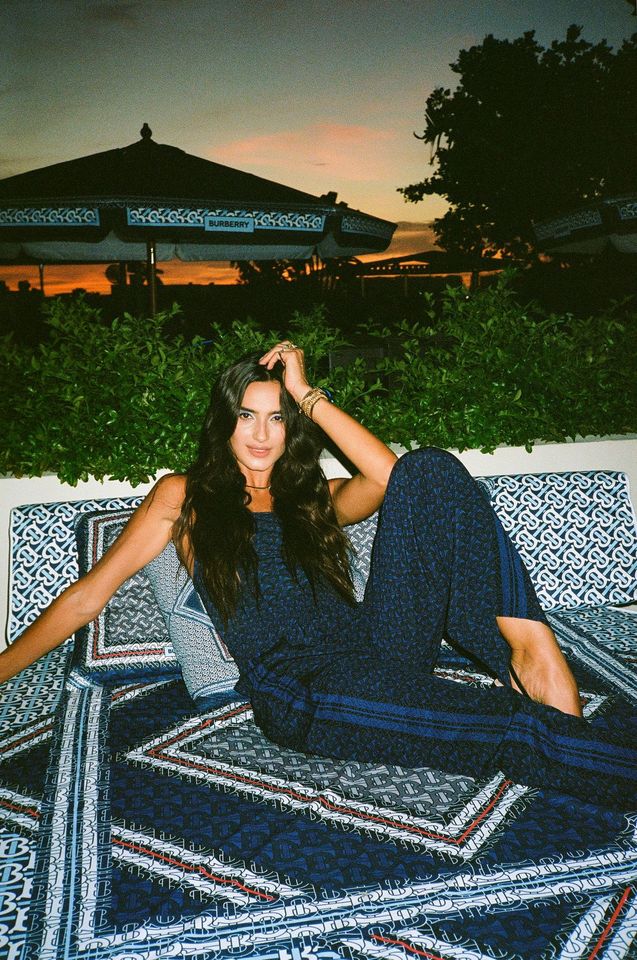