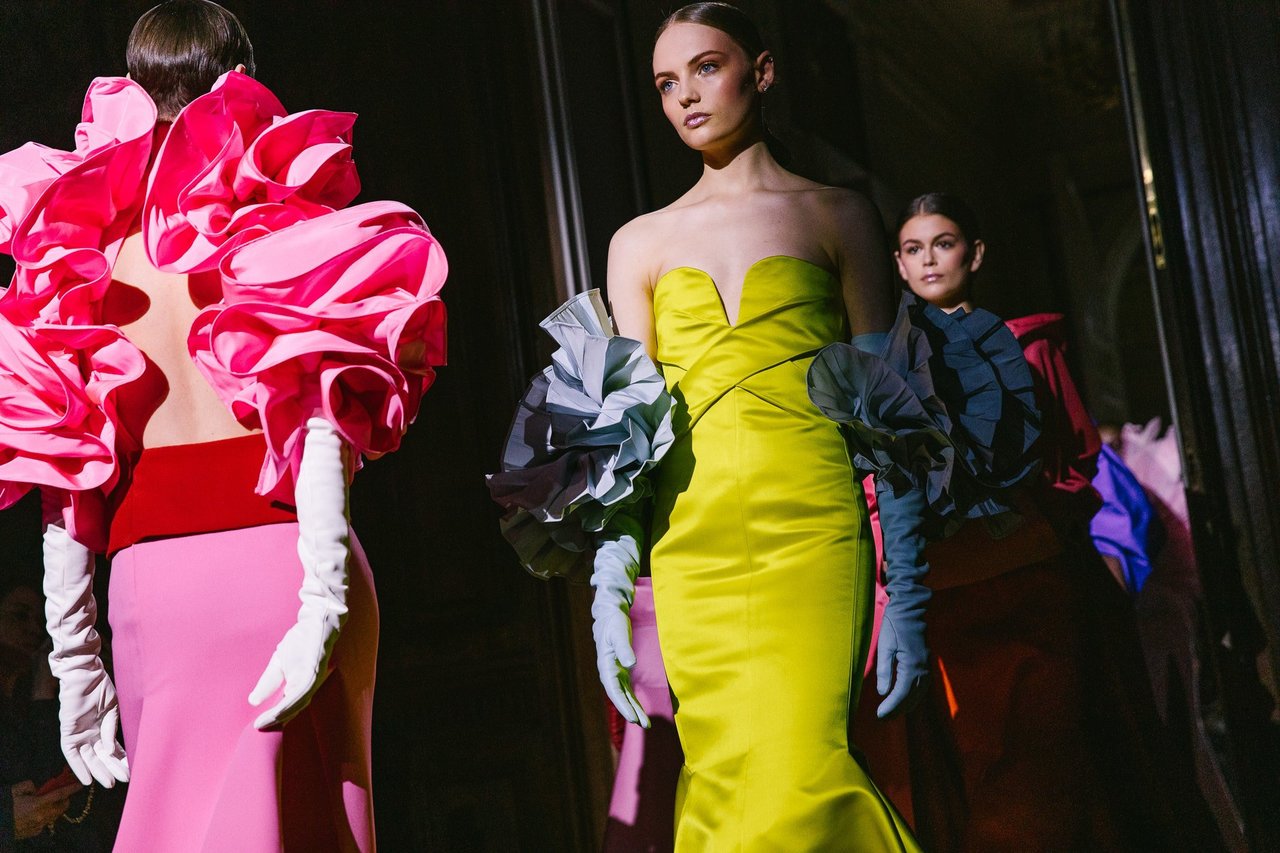 Season after season across Paris, legions of ateliers spend countless hours moulding individual buttons, sewing in rare feathers or trimming the seams of custom gloves to realize the visions of the designers at the helm of the city’s most storied fashion houses. But as the spring 2021 couture season approaches, where do these bastions of old-school Parisian fashion find themselves? 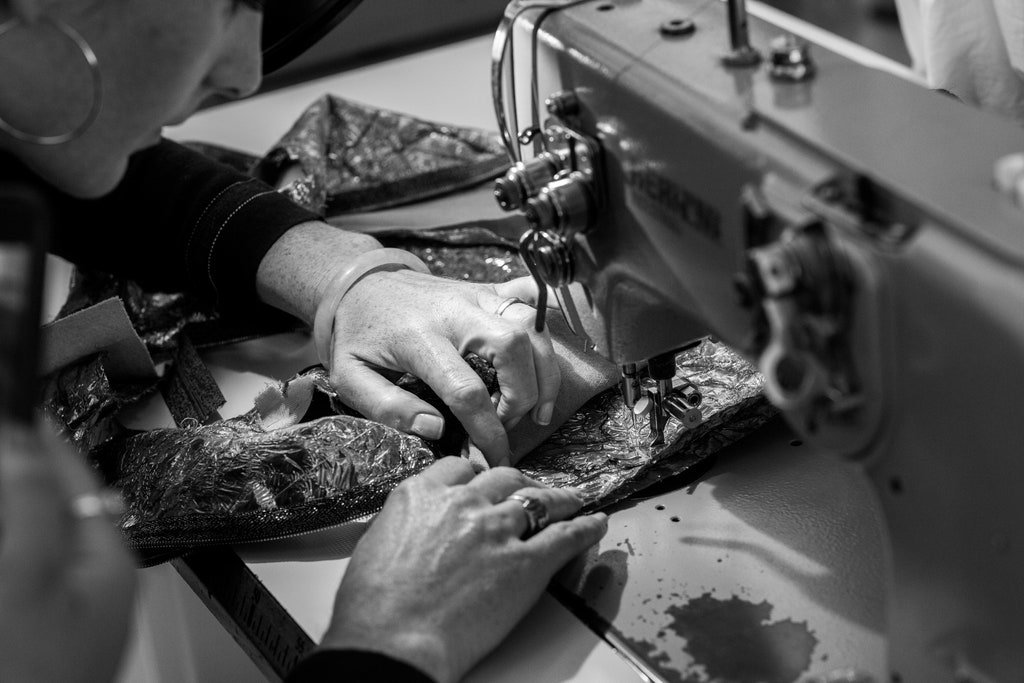 In fairly strong stead, surprisingly. While many corners of the fashion industry have been dramatically disrupted by the COVID-19 pandemic-from show schedules to manufacturing and the world of street style-the smaller-scale bubbles of couture ateliers have managed to press on. The typical January fashion schedule of men’s shows may be thinner than usual this month, but the couture season promises most of the usual big hitters, even if they’re showing virtually.

All the same, there are a few notable omissions from the couture schedule this season. One is Demna Gvasalia’s Balenciaga. While the renegade designer’s first and highly anticipated couture collection was originally planned to show last July, it has now been postponed to July this year. There are still a number of exciting debuts to keep an eye on, however. Alber Elbaz will be launching his new label AZ Factory on January 26 via a film, telling WWD: “This is how I wanted to show it, even before Covid-19. It’s a digital world.” 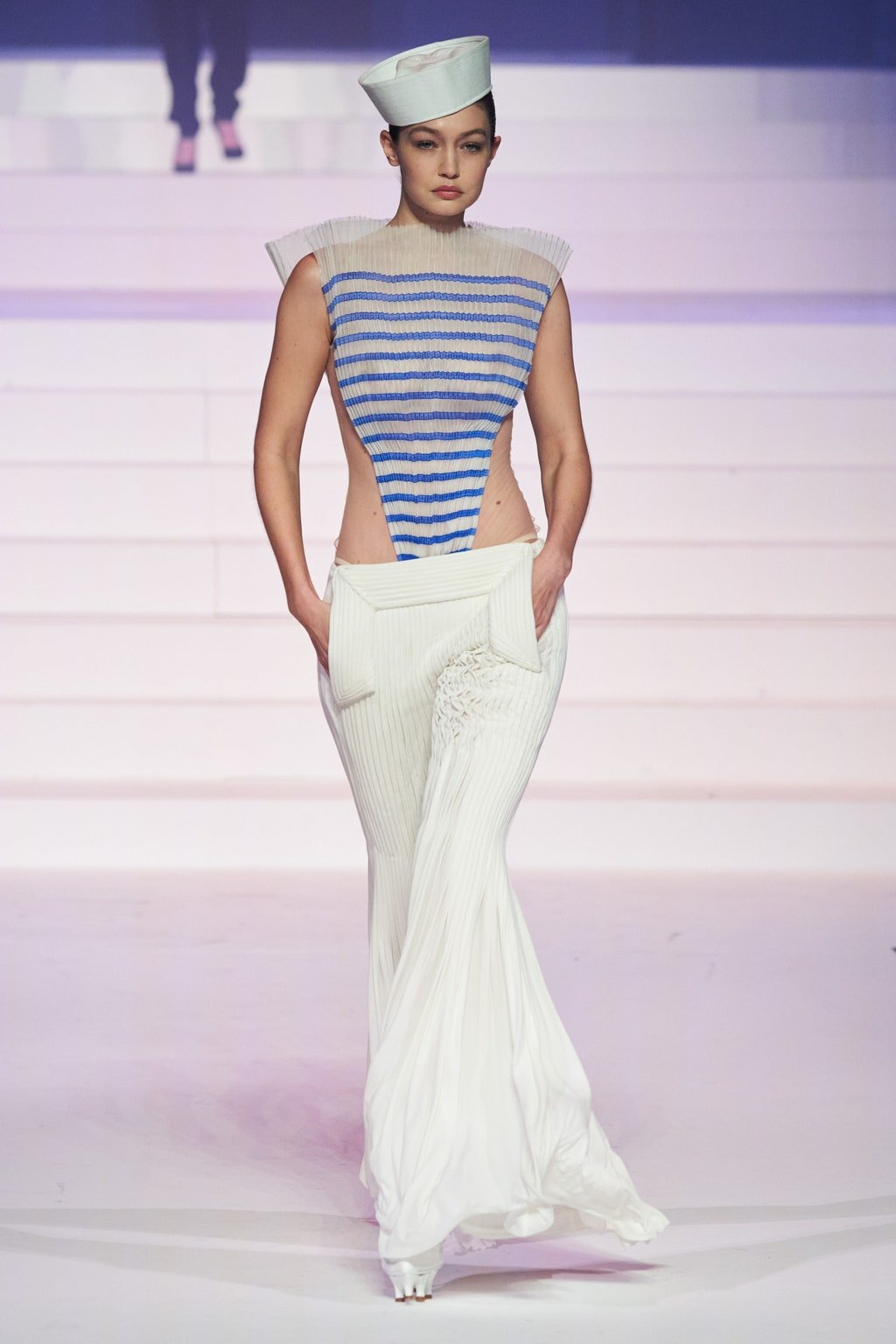 An equally intriguing proposition is Chitose Abe of Sacai’s couture collection for Jean Paul Gaultier, which is expected to be shown in July. When Gaultier announced that his spring 2020 couture show would be his final outing, the legendary French designer promised his fans via Twitter that they could “rest assured haute couture would continue with a new concept.” It turns out that the new concept will be a revolving door of guest designers, and how Abe interprets the whimsy and flamboyance of Gaultier’s aesthetic spirit through her deconstructed design signatures ensures couture week will still hold an unpredictable fashion moment.

What is most interesting, though, is that the shows currently serving as the most hotly anticipated are coming from designers with a boldly new definition of couture. For one, there’s the debut of Kim Jones at Fendi. It’s an appointment that brings with it a number of novelties: the first time Jones has debuted either womenswear or couture for a major fashion house, and the first time Fendi’s couture output has undergone a major refresh since Karl Lagerfeld took the reins in 1965. A teaser image shot by Paolo Roversi that Jones posted on Instagram promises a decadent, Fellini-esque take on Fendi’s vision of classic Italian glamour. It’s the kind of unexpected reference that will likely prove catnip for Jones’s new generation of fashion fans and followers, while also appeasing the house’s traditional customers. 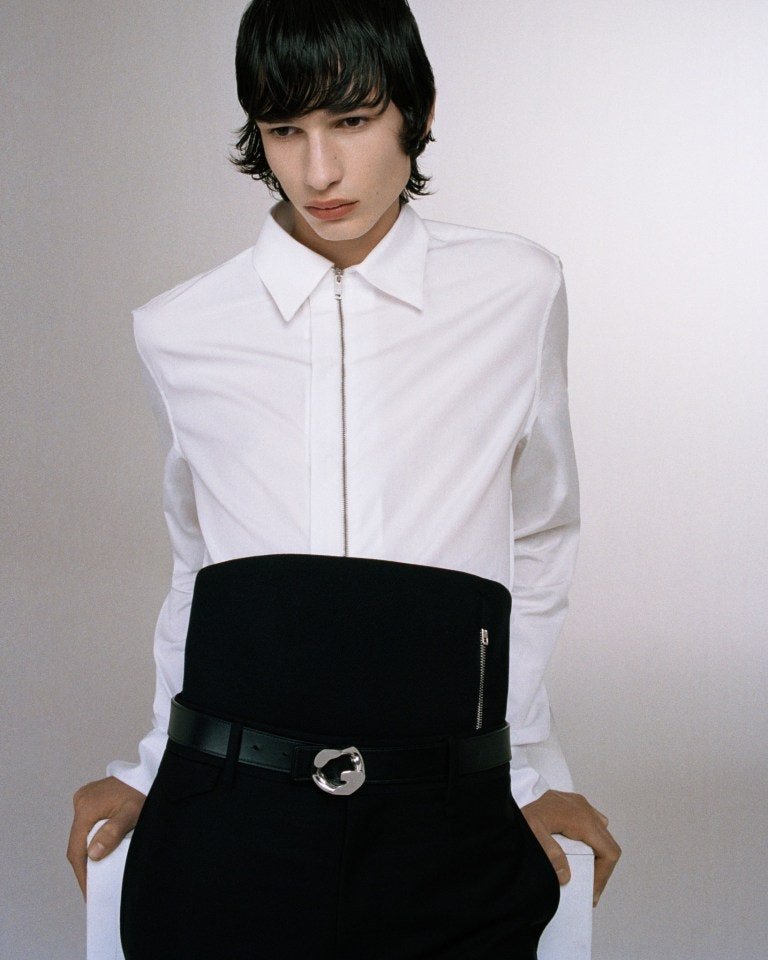 Then, there’s the anticipation of Matthew M Williams’s debut couture collection for Givenchy, due to be unveiled later this year. His predecessor, Clare Waight Keller, used her couture offering to express the flights of fashion fancy that were clearly restricted by the commercial expectations loaded on to her ready-to-wear line, but Williams’s dramatic revamp of the house’s image suggests he is being afforded free rein. How Williams will translate the angular, oversized tailoring and utilitarian details on accessories that defined his first collection into a couture-level of expression remains to be seen, but it’s sure to set tongues wagging.

What do these changes say about couture today?

Indeed, what feels most interesting about this month’s couture week isn’t necessarily the intricate details of the looks that will be paraded up and down the first floors of Paris’s hôtels particuliers, but instead the way in which the current crop of designers generating interest in this esoteric corner of fashion might reinterpret it to feel relevant for the present moment. 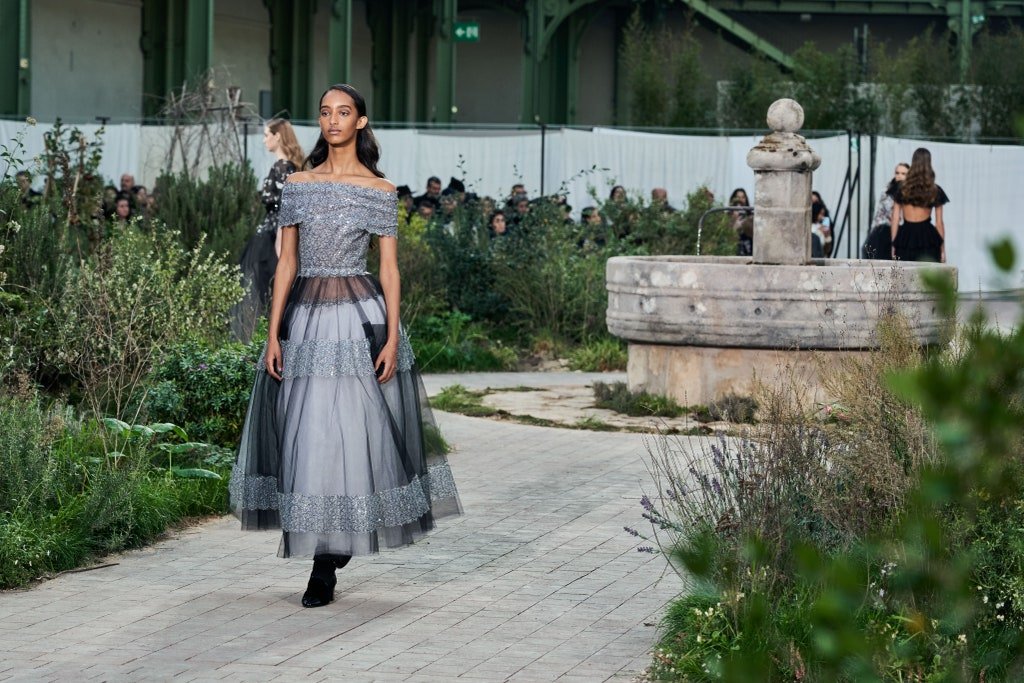 Both Jones and Williams have built their brands and reputations on making clothes that a new paradigm of luxury customers want to buy. Yes, the traditional couture client will always be there. But is there room to invite today’s increasingly casual and drop-obsessed consumer - always hungry for the latest product to quickly integrate into their daily life – into the fold, too?

Or, alternatively, is the answer to try and reconcile the two? With so many around the world spending their days in sweatpants and hoodies-those 0.1-percenters coughing up thousands for couture are buying tracksuits too, even if they’re cashmere-lined-it feels like there’s never been a more timely moment to rethink what the couture customer actually wants to buy right now. Jones has already proved himself a master of the high-low mix-from masterminding the infamous Louis Vuitton and Supreme collaboration, to his most recent collection for Dior Men, where the goofy, cartoonish paintings of Kenny Scharf were embroidered on to bomber jackets with the meticulous technical savoir-faire of the best couture ateliers.

Over the past few years, we’ve seen many corners of the fashion industry radically reshaped. And thanks to designers such as Craig Green, Wales Bonner, Martine Rose, and, of course, Jones, menswear has become an important launchpad for visionary talents ready to become the next generation of luxury leaders. So if you’re looking as to what will keep the couture client engaged in a year where the luxurious, in-person show experience is out of the question, designers such as Jones and Williams aren’t a bad place to start. 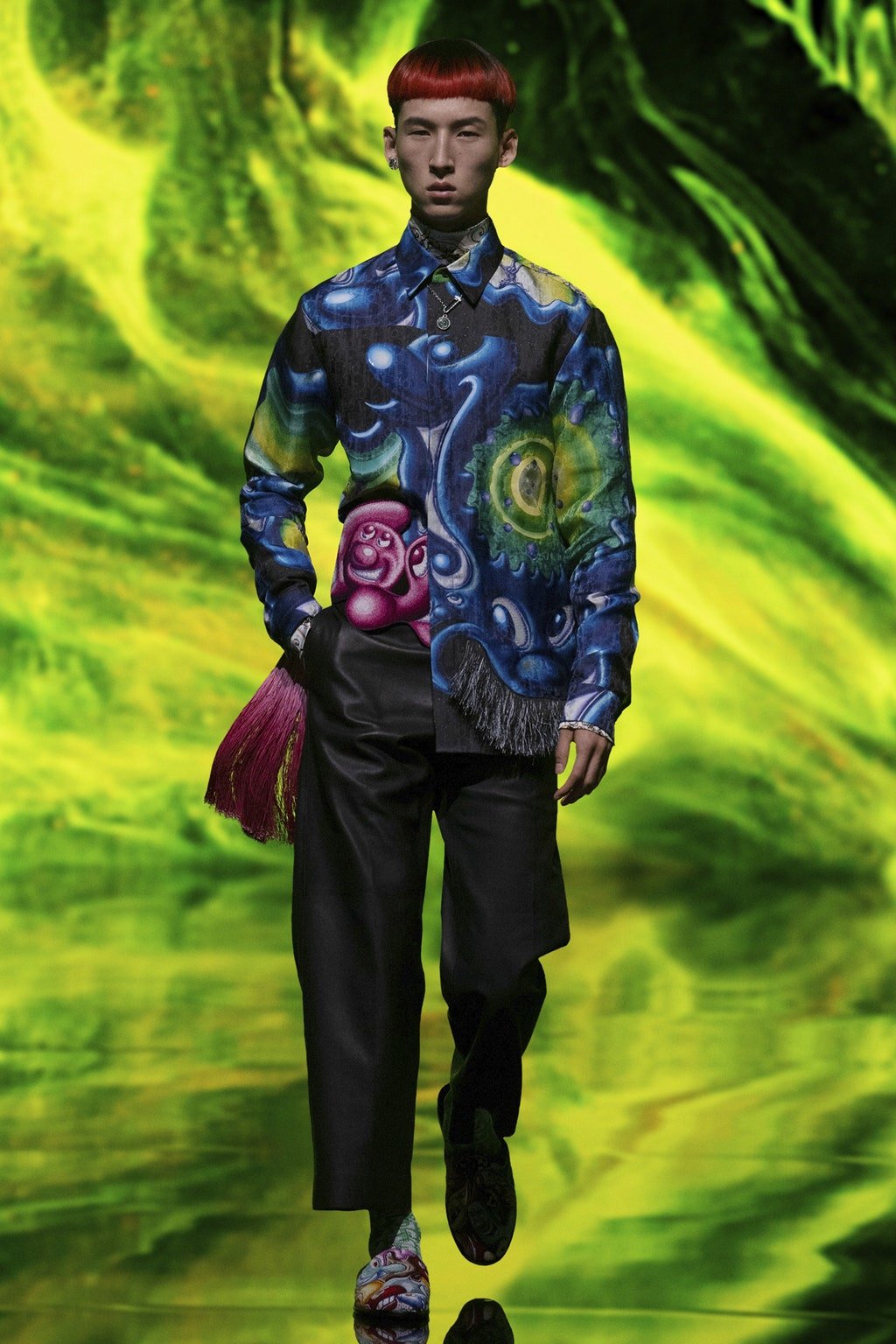 Will it be a sense of trust and loyalty that drives the couture experience forward? Or will it be something more experimental, a willingness to dip your toe into new waters and embrace brands who are unfussily expanding their couture sales structure into something more casual?

Only after we have seen this season’s couture shows will we be able to say for sure. Whether this emergent new guard of designers fuels a redefinition of the nature of couture, or at least an update for a more rarefied corner of the fashion industry that, for decades, has been reported as being in imminent danger of becoming irrelevant, the landscape of couture is ready for a refresh. Thankfully, it has Kim Jones, one of the most notorious bellwethers for where fashion is going next, leading the charge. So watch this (hand-embroidered, feather-trimmed) space: Change is already afoot.