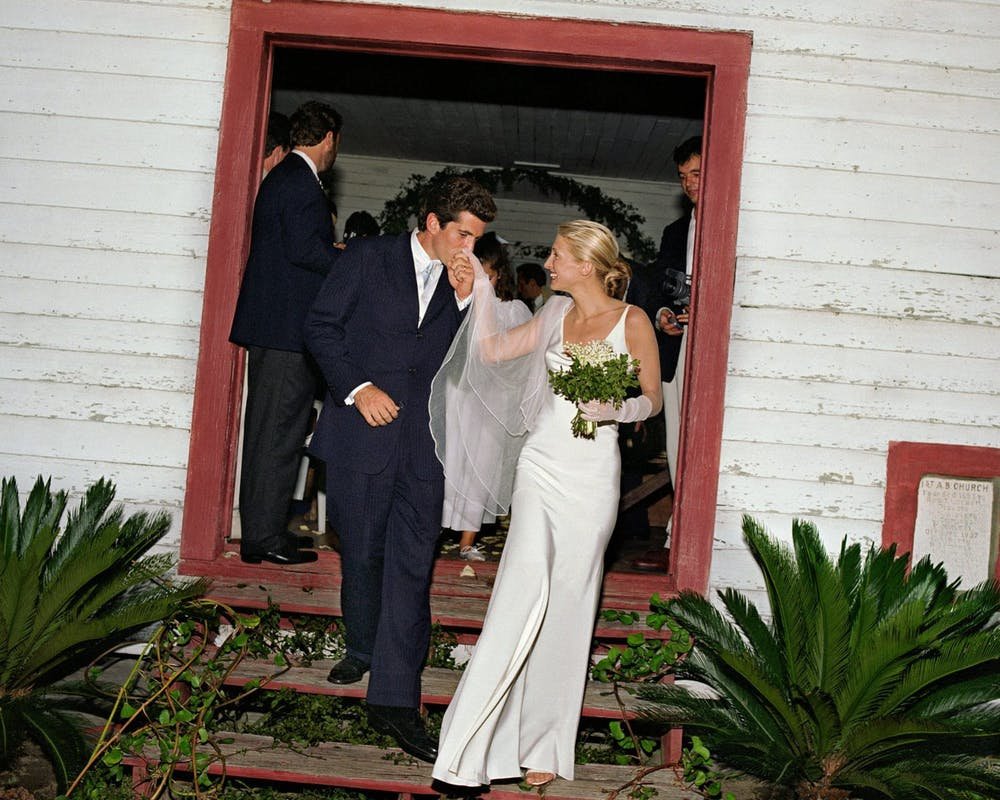 On what would have been her 55th birthday, L’OFFICIEL celebrates Carolyn Bessette’s timeless wardrobe.

What is something that history books and fashion magazines have in common? The Kennedy's. This archetypal all-American family not only made strides within the realm of U.S. politics but similarly enacted a long-lasting impact on the fashion industry. Jacqueline Kennedy, the wife to President John F. Kennedy, and her daughter-in-law Carolyn Bessette were both deemed style icons of their times. In 2021, Bessette's chic yet simple style has proved to be long-lasting. Snapshots of her day-to-day outfits while walking down the streets of New York act as inspiration for those of us who are trying to perfect her effortlessly put-together look. Whether it be a pair of blue jeans, a tortoise headband, or a chunky block heel, Bessette's outfits remind us that less is more.

The main characteristic of Bessette's style is minimalism. This is something that remained true throughout the entirety of her lifetime. At her wedding, Bessette stunned in a simple silk gown with a flattering draped silhouette. The dress, paired with Manolo Blahnik gloves and a sheer veil, has been the object of countless brides' eager Google searches. Narciso Rodriguez, a previously unknown designer, woke up the day after Bessette's wedding to discover he had created the most desirable wedding dress of the '90s.

For social events, Bessette maintained her simple and unembellished aesthetic. Her looks were not dictated by pomp or the desire to display her wealth, rather Bessette was interested in playing with form and silhouette. Uruguayan Designer, Gabriela Hearst, said that “Carolyn had an inner elegance,” seemingly one that required no added ornamentation. In 1999, at the Museum of American Art's annual fundraising event, Bessette wore an oversized white Yohji Yamamoto Homme shirt and a black maxi-length skirt from the same designer's women's line. This sophisticated look was recently recreated by the Duchess of Sussex, Meghan Markle.