Guests Lily Collins, Dan Levy, and Kathy and Nicky Hilton were also treated to a viewing of Cartier's latest installation.

The evening kicked off several miles away from the immersive installation in West Hollywood, which showcases the line’s spiked rings, bracelets, and earrings-using white gold, onyx, diamonds, and amethysts-plus two high-end watch styles designed to shake up the conventions of fine jewelry. Instead guests met at the Waldorf Astoria hotel in Beverly Hills, where a fleet of vintage convertibles was lined up waiting to drive the crowd to the party-once they had their fill of car selfies. Cruising with the roof down along the palm tree–lined boulevards while listening to the Talking Heads’ “Road to Nowhere” thrilled even the most jaded Angelenos, who usually spend their days ensconced in air-conditioned SUVs navigating the city’s notorious traffic.

Upon arriving at the party, guests including Lily Collins, who stars in the brand's campaign, Dan Levy, Kathy and Nicky Hilton, Ella Balinska, Ashe, Gracie Abrams, Benny Blanco, Claudia Sulewski, and Dove Cameron were treated to a private viewing. The installation was set to a soundtrack by Finneas, Cartier’s creative collaborator for the project; he described the piece as “an electric-leaning dance track.”

Up on the roof, guests sipped charcoal margaritas inspired by the collection’s intense oversized black studded pieces, before being treated to an intimate live performance by Finneas. Upon taking the stage, he joked, “This is the first time I’ve performed for an audience in two years, so I may bomb, but I’m hoping that I don’t.” He modestly added, “And if you are having an interesting conversation, please keep talking.” The crowd, of course, was rapt.

An alfresco dinner courtesy of Michelin-starred chef Curtis Stone followed, but the highlight of the evening was the dessert of high-gloss black chocolate picot domes that had to be smashed with a silver hammer to reveal the matte silver mini macarons encased within. Kathy Hilton (the star of summer 2021, thanks to her high jinks on this season’s The Real Housewives of Beverly Hills) did the honors, hopping between tables to break the confections. 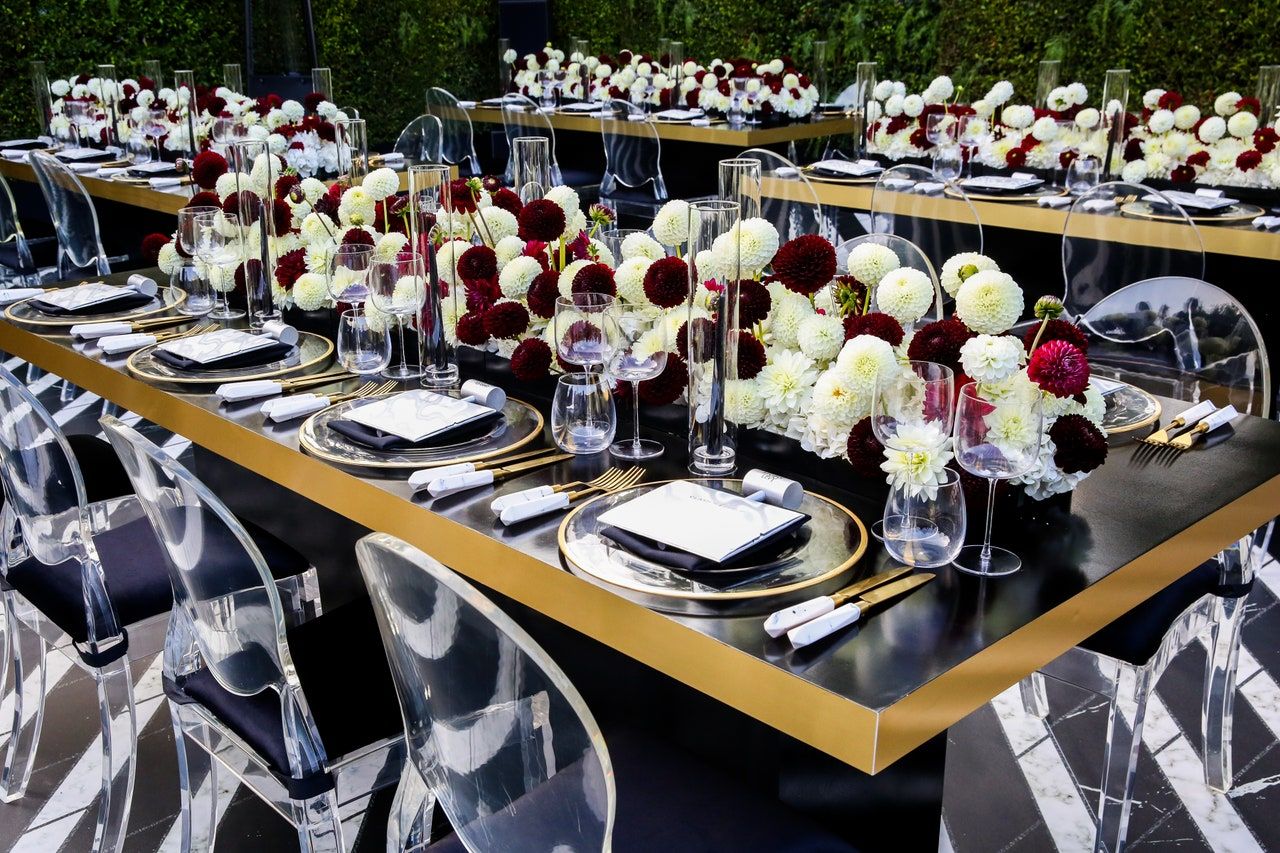 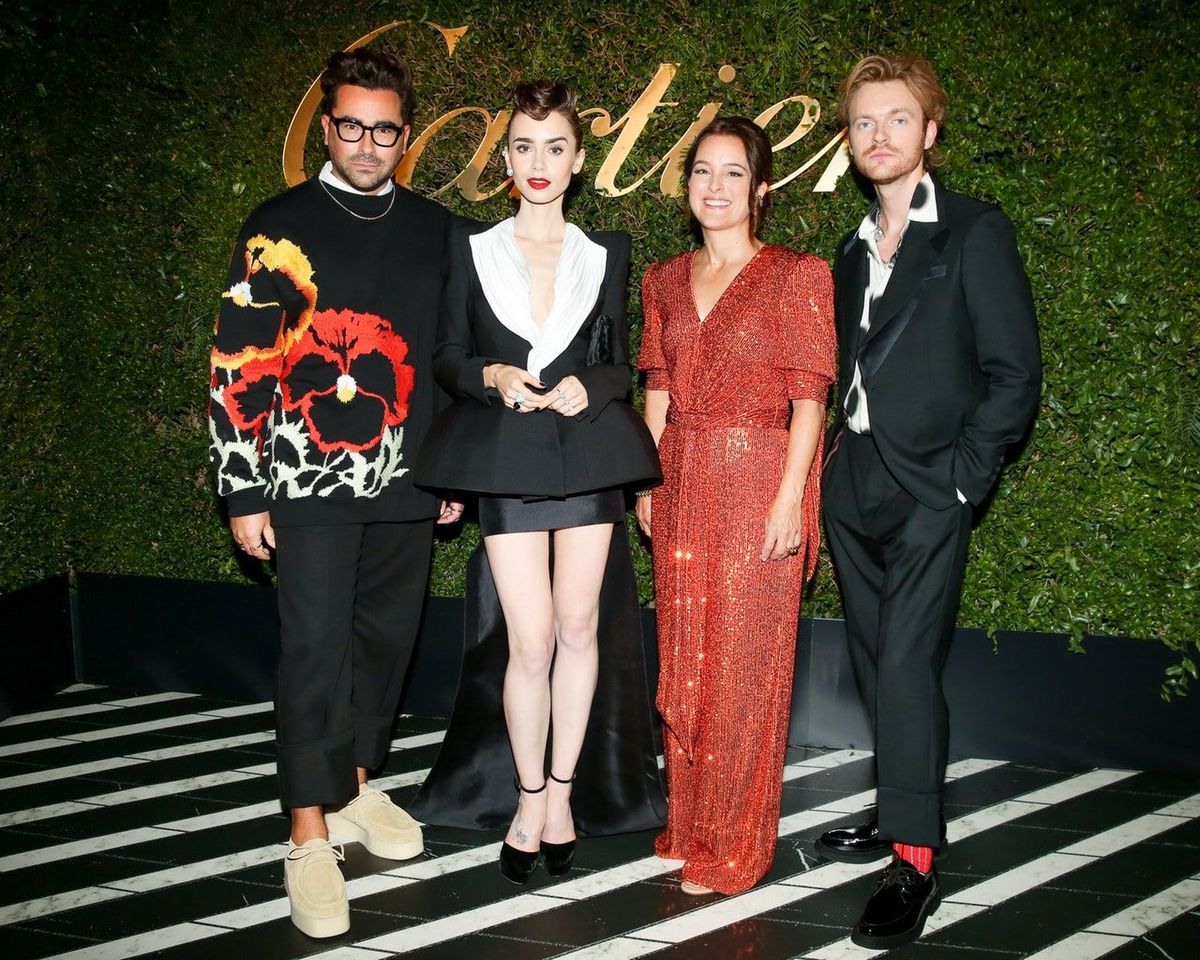 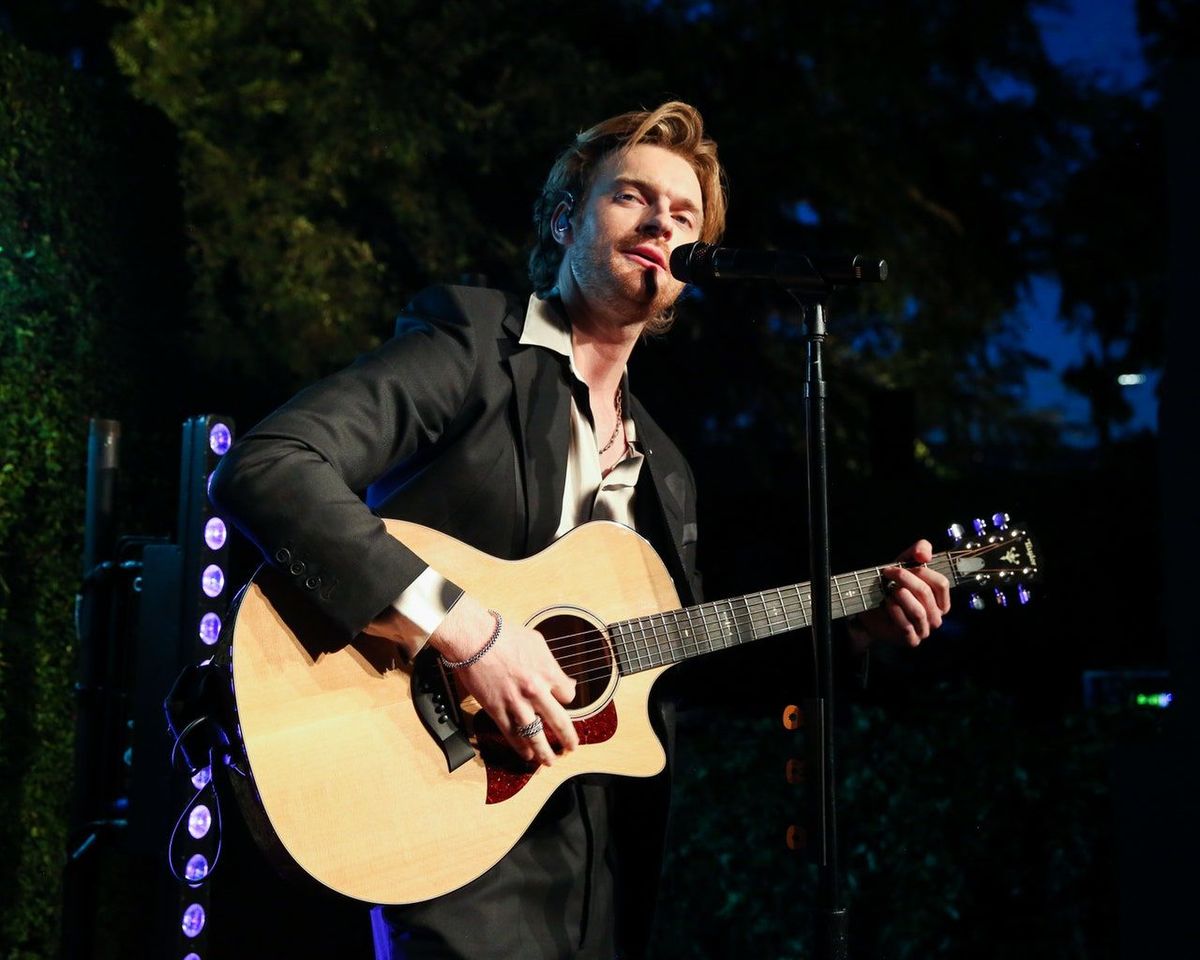 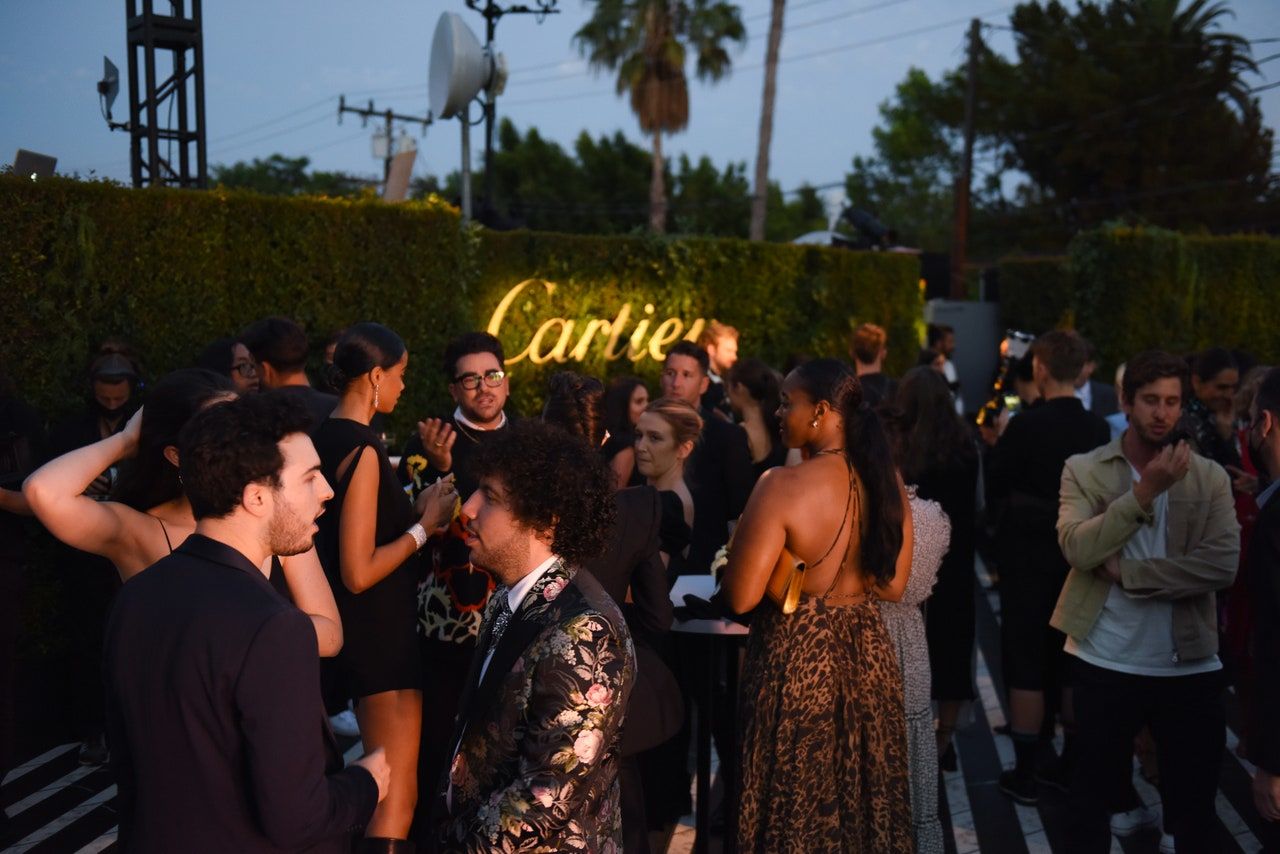 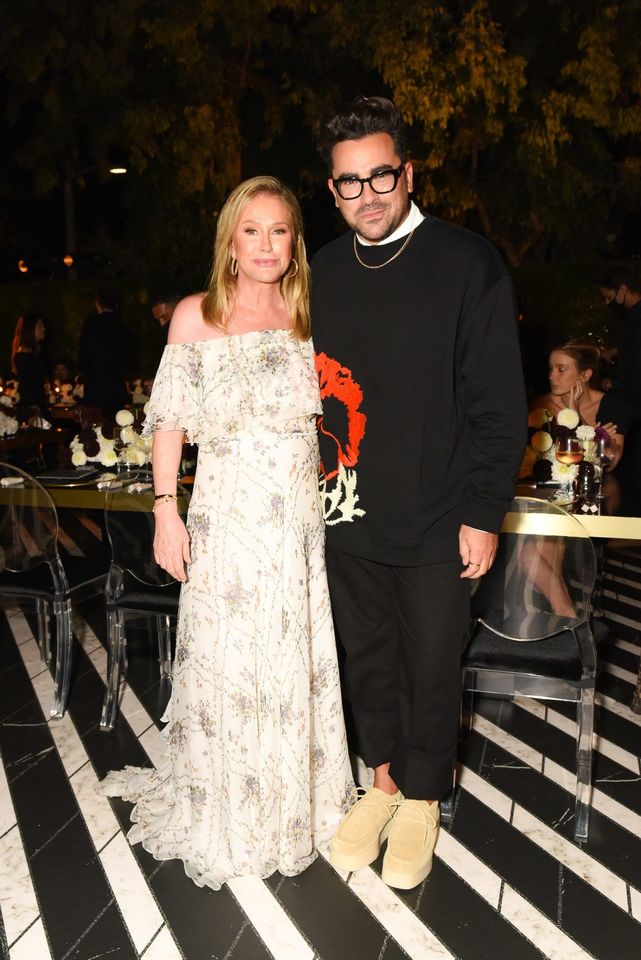 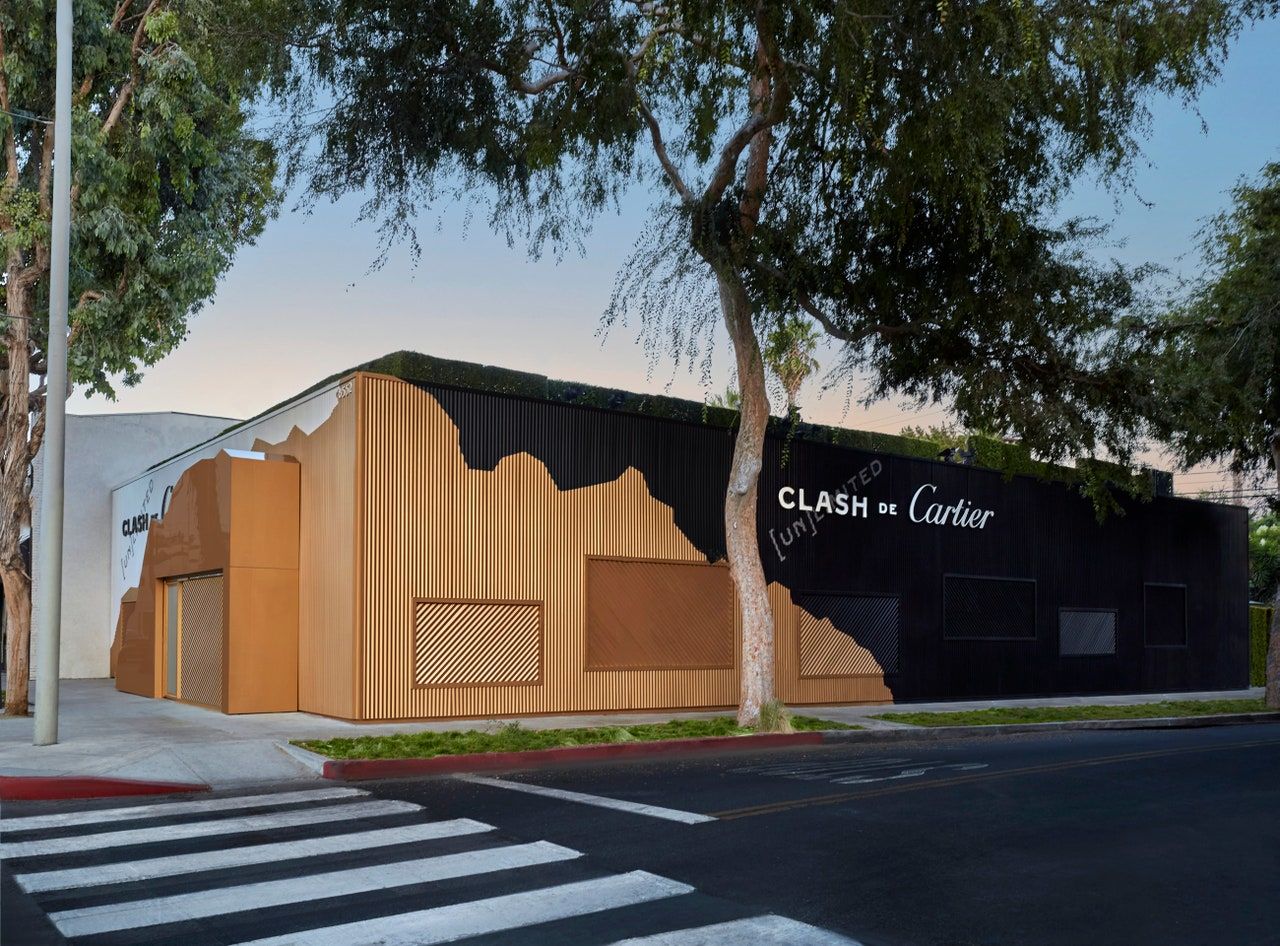 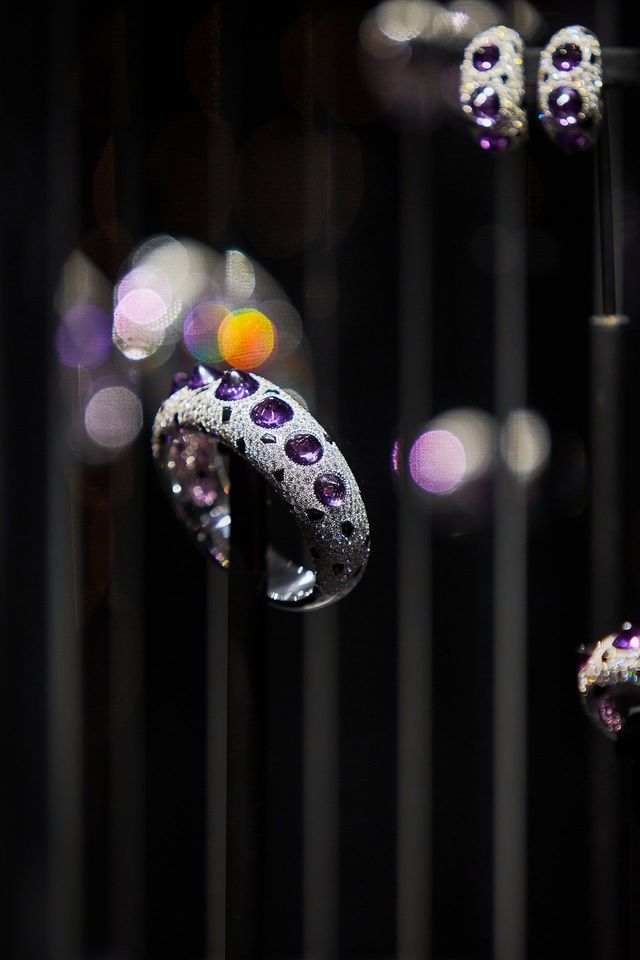