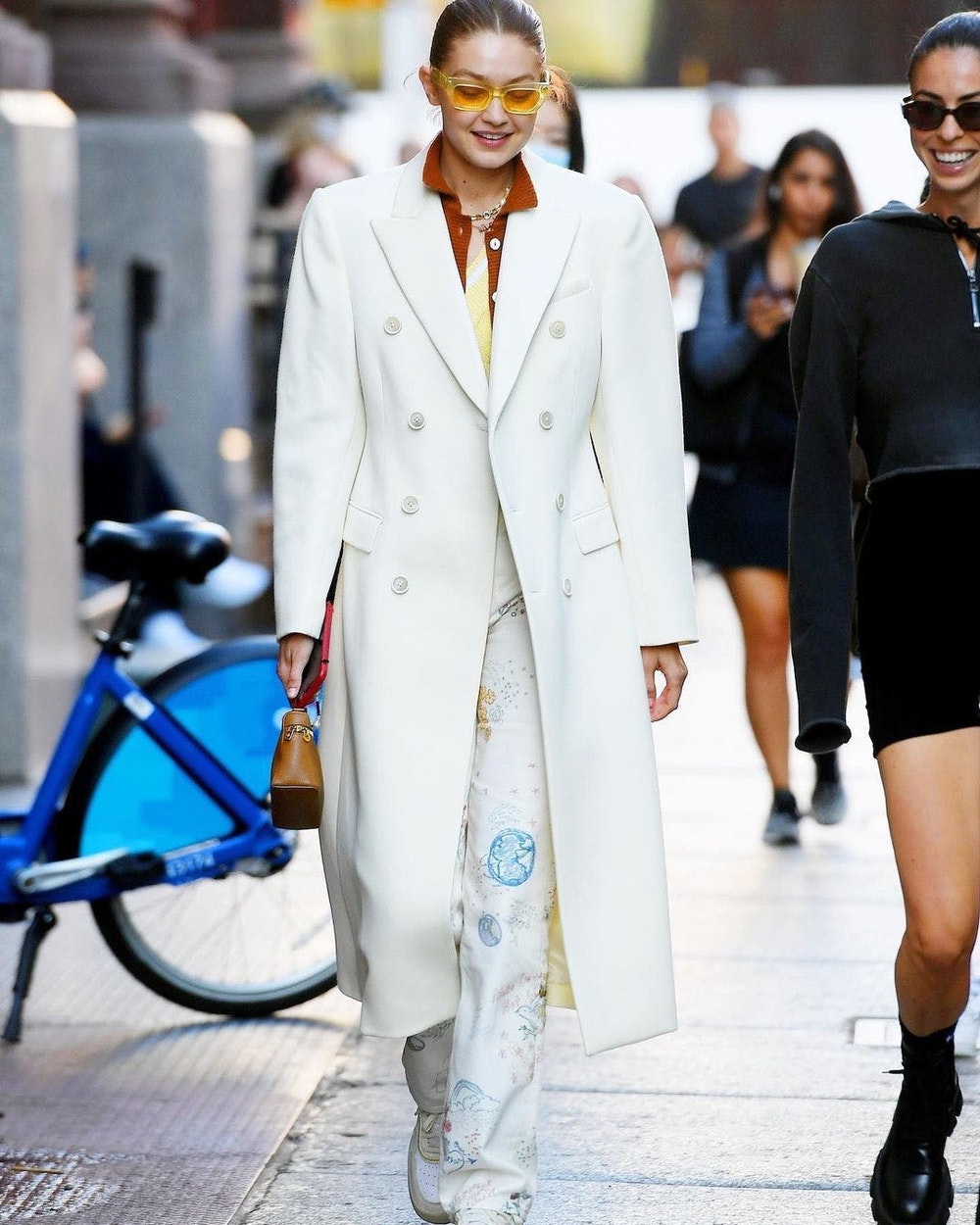 The fashion industry has earned itself a terrible reputation being the second highest polluter in the world, second only to the fuel industry. But a new generation of stylists and brands are trying to turn this scenario around by investing more and more in sustainable processes that enable more eco-conscious fashion - and celebrities are already hopping on this wave!

With the amusing slogan "Being naked is the #1 most sustainable option. We're #2", Reformation started out selling vintage clothing in a small store in Los Angeles, California, in 2009. They quickly expanded to produce their own pieces, but always with a focus on sustainability and with a certain upcycled aesthetic.

Their jeans, made of organic cotton and Tencel ecological fiber, ended up becoming a hit and won over several celebrities such as Gigi Hadid, Kendall Jenner, and Emily Ratajkowski. Among the most popular styles is one covered with illustrations depicting planet Earth, flowers, and bees, alongside slogans like "Pollinators, don't pollute" and "Make love, don't waste."

A second style was heavily influenced by Dior's newspaper-print dress, signed by John Galliano, which was part of the "Hobo Chic" collection, launched in 2000. But unlike the French brand, Reformation decided to bring a more conscious approach to the theme by stamping headlines like "Hell Freezes" and "World Peace Achieved."

It is worth mentioning that it is not just niche brands seeking to have less impact on the environment. Prada launched a capsule collection in 2021 called "Organic Denim," which uses less water in production processes and sustainable raw materials.

Below, find out how celebrities are wearing their most earth-conscious jeans. 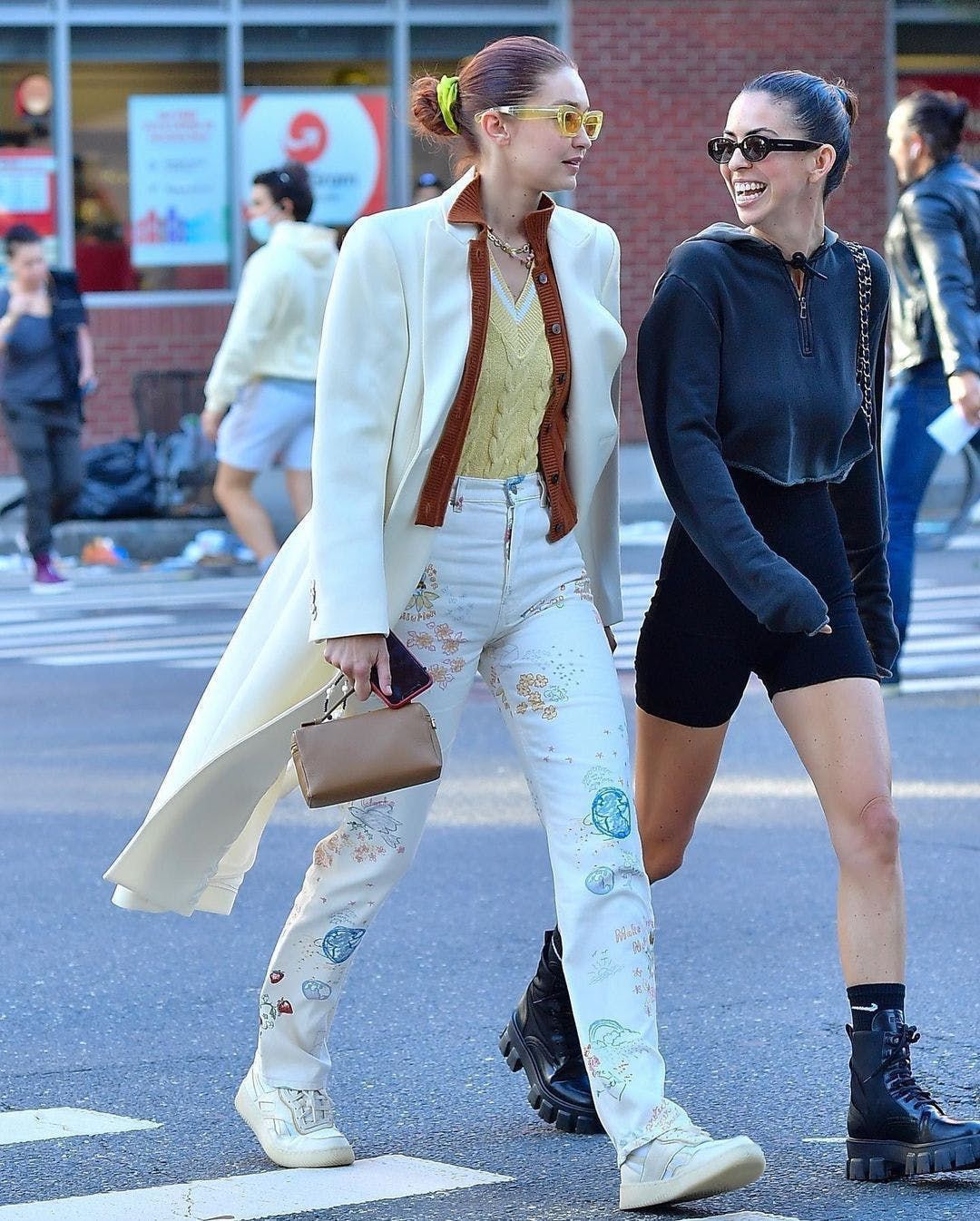 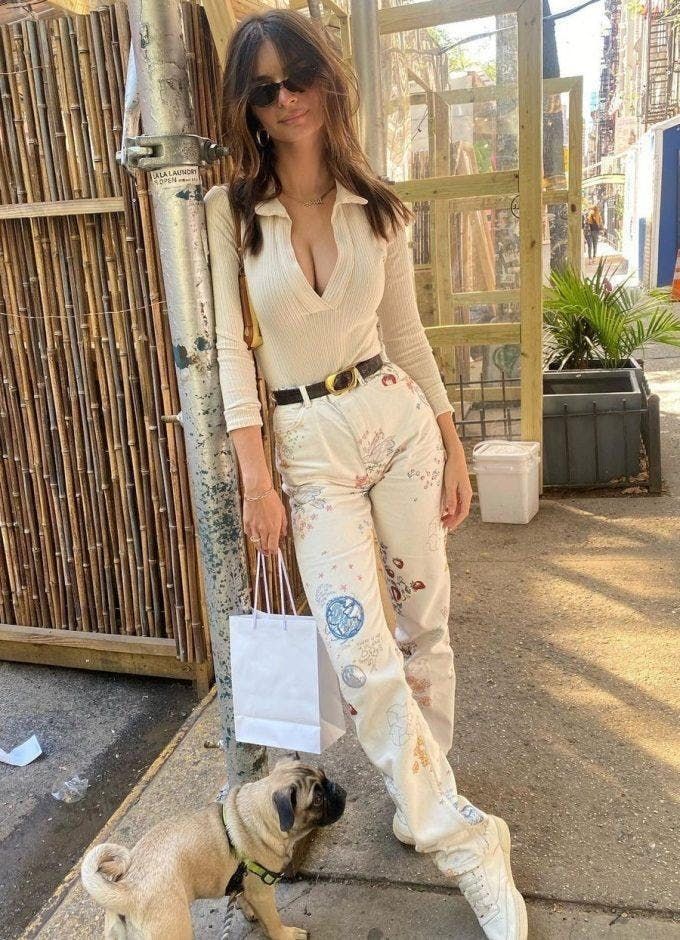 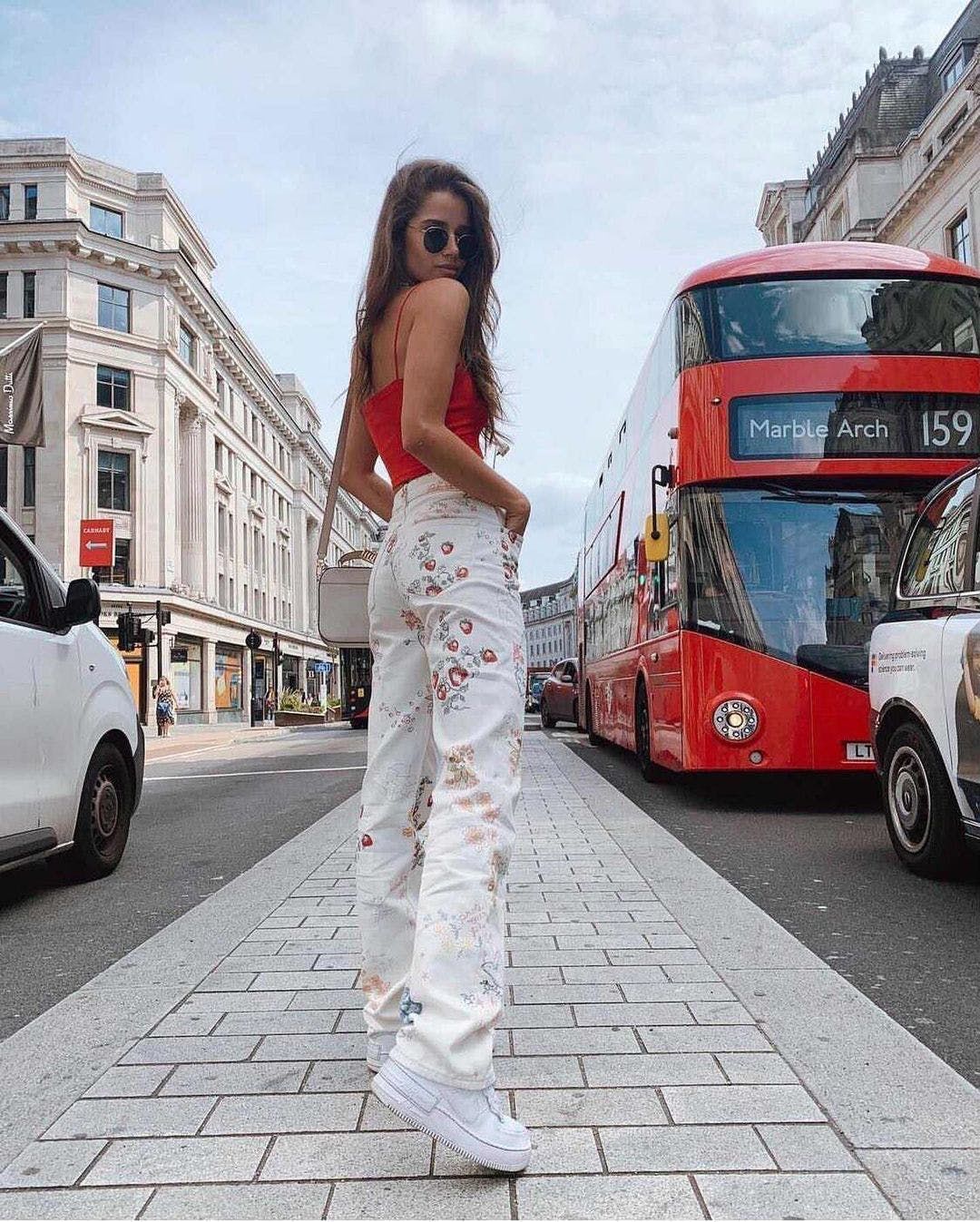 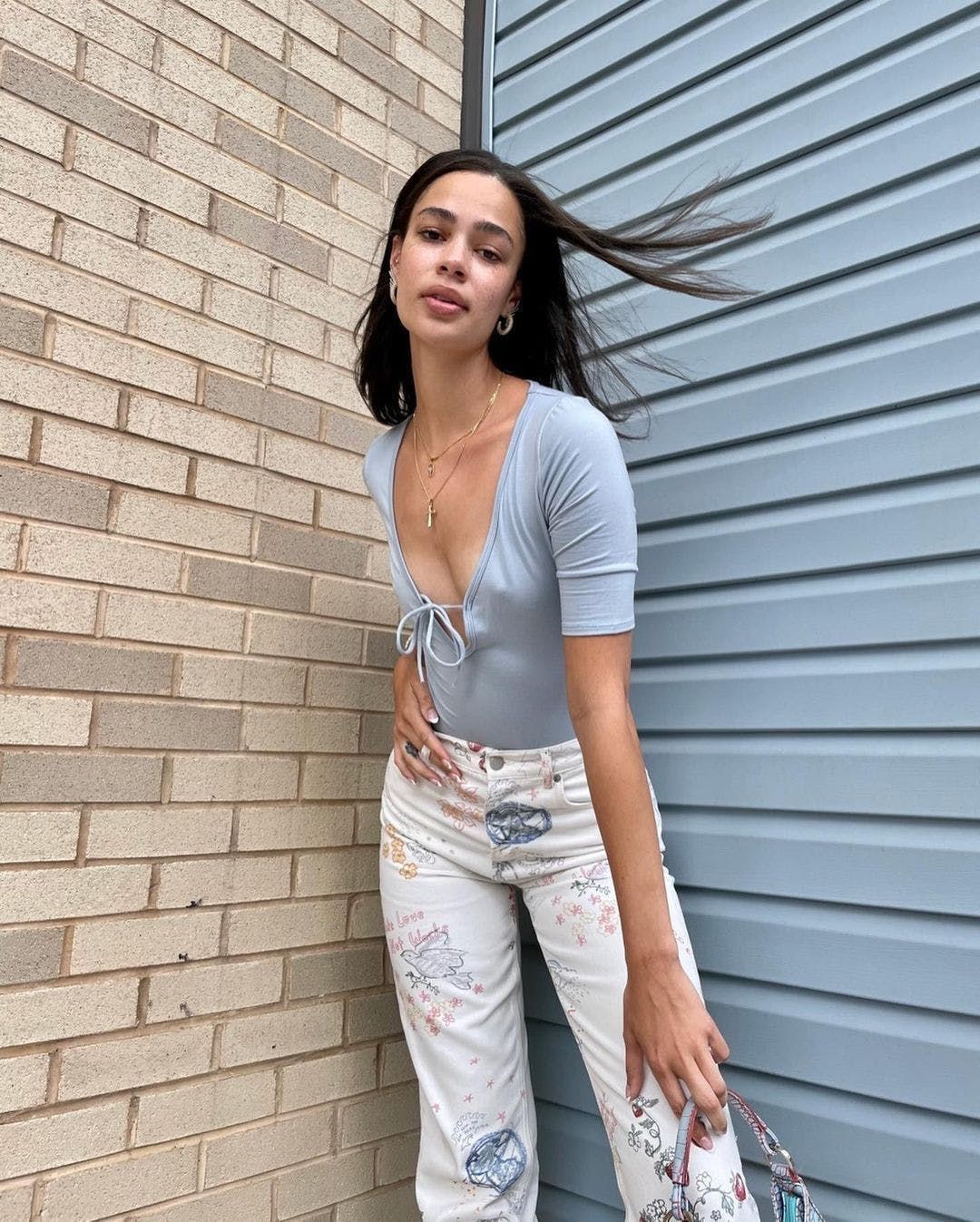 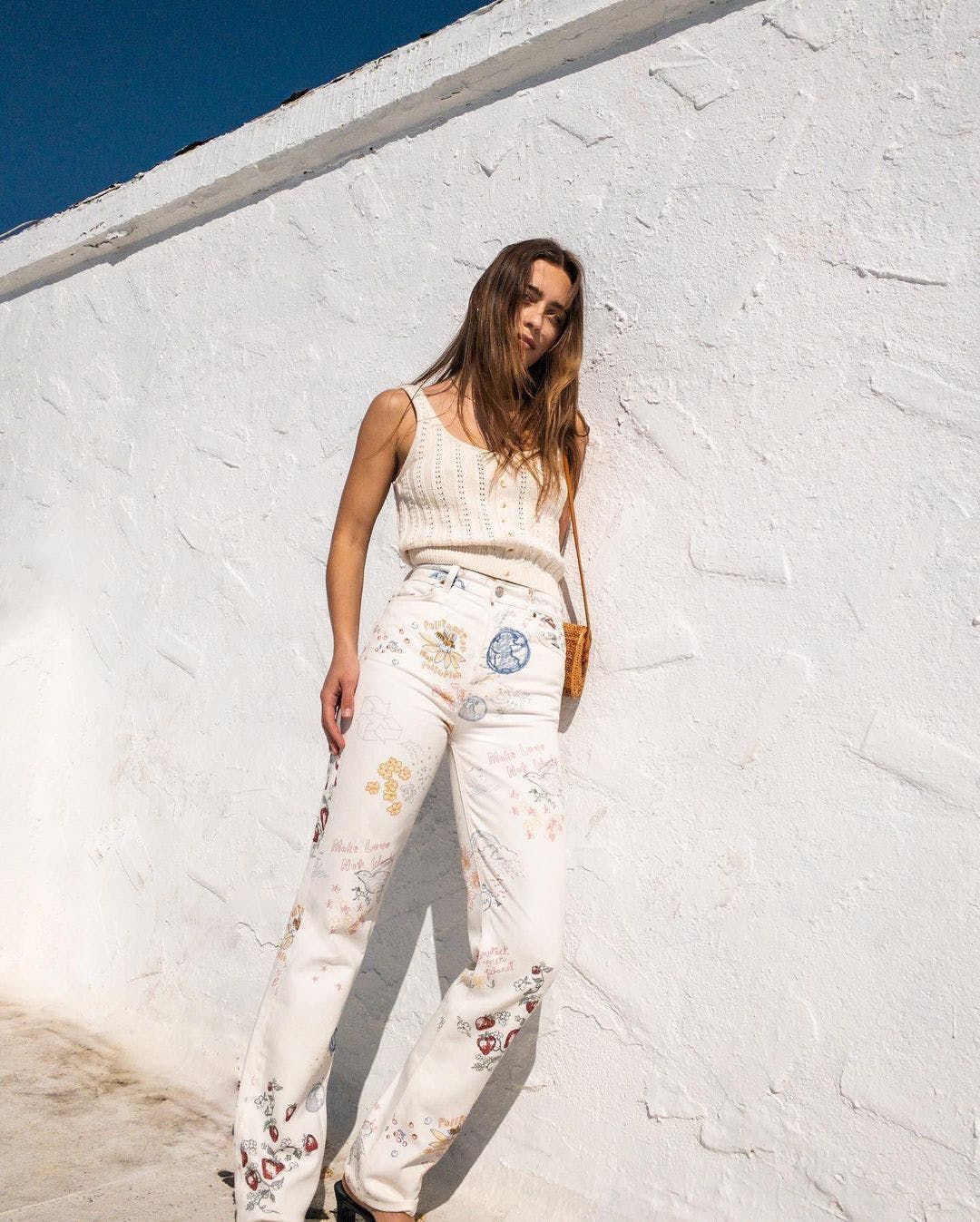 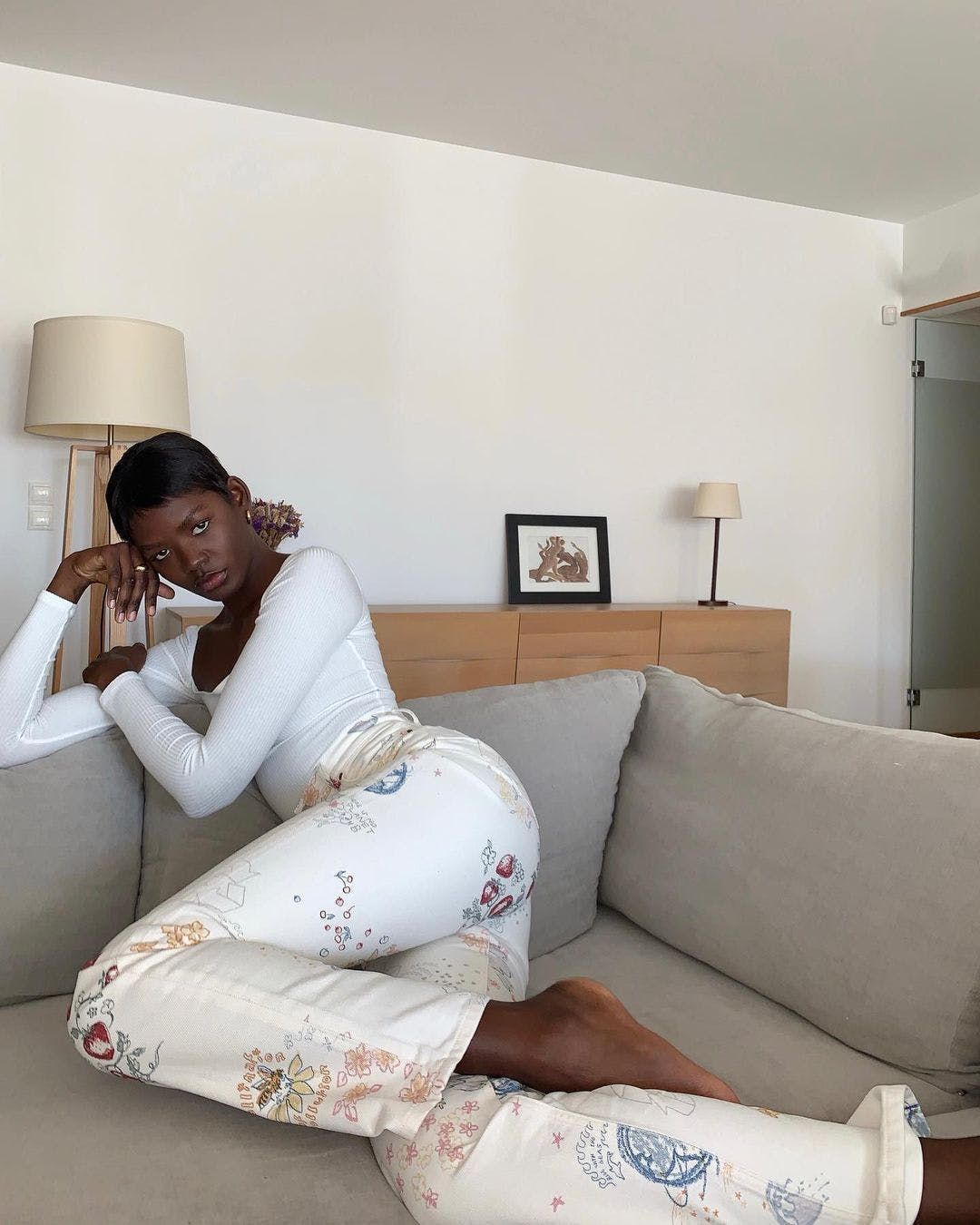 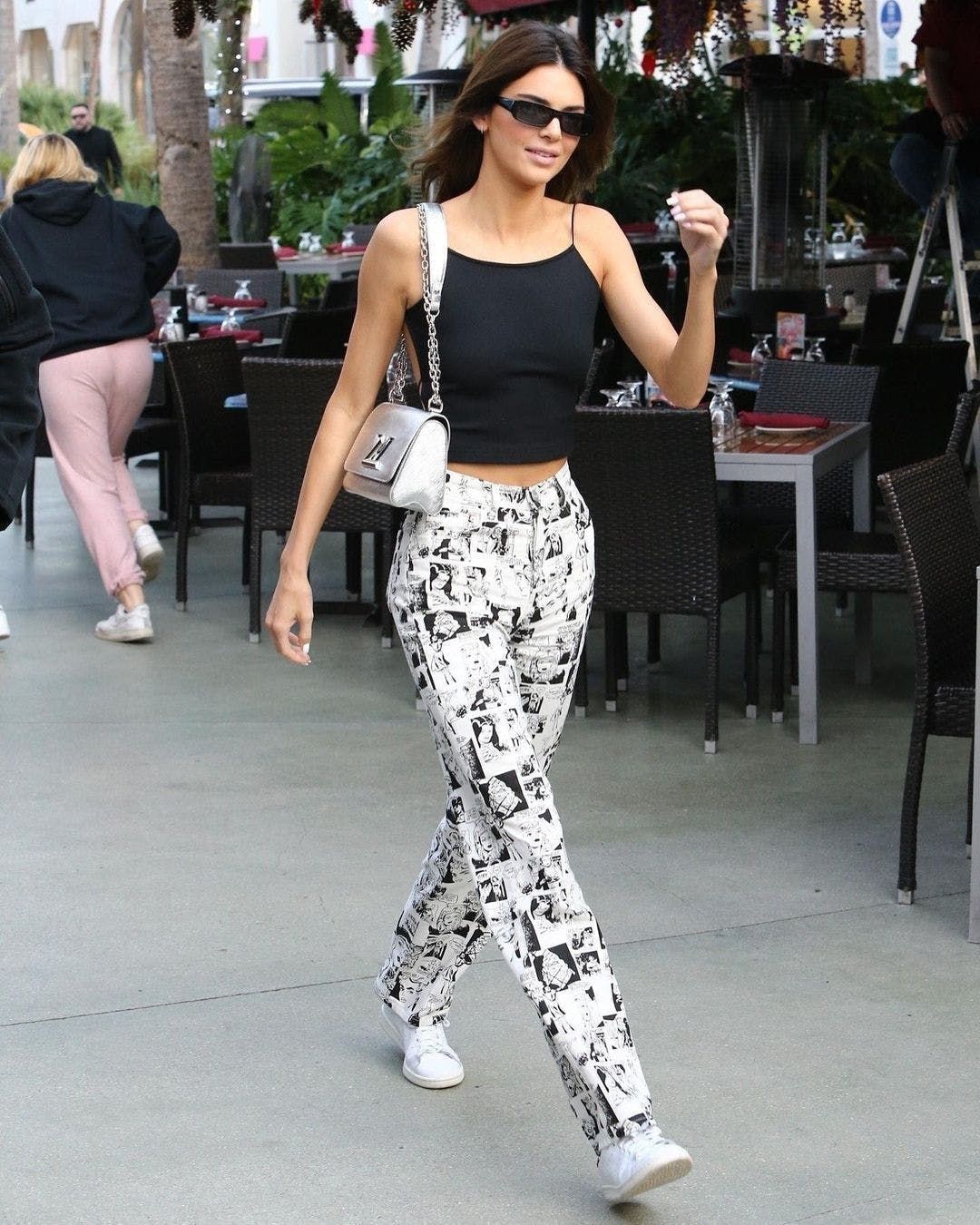 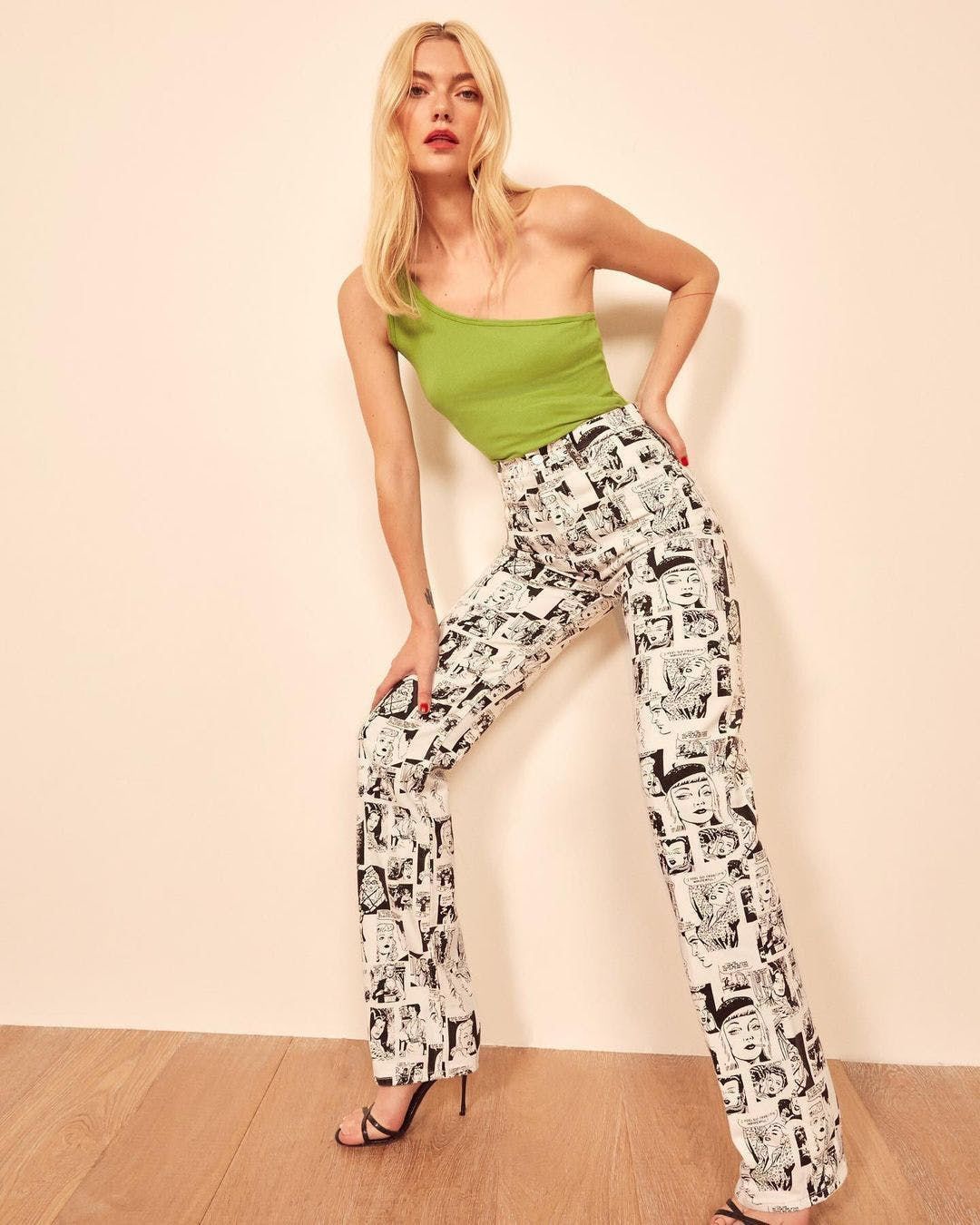 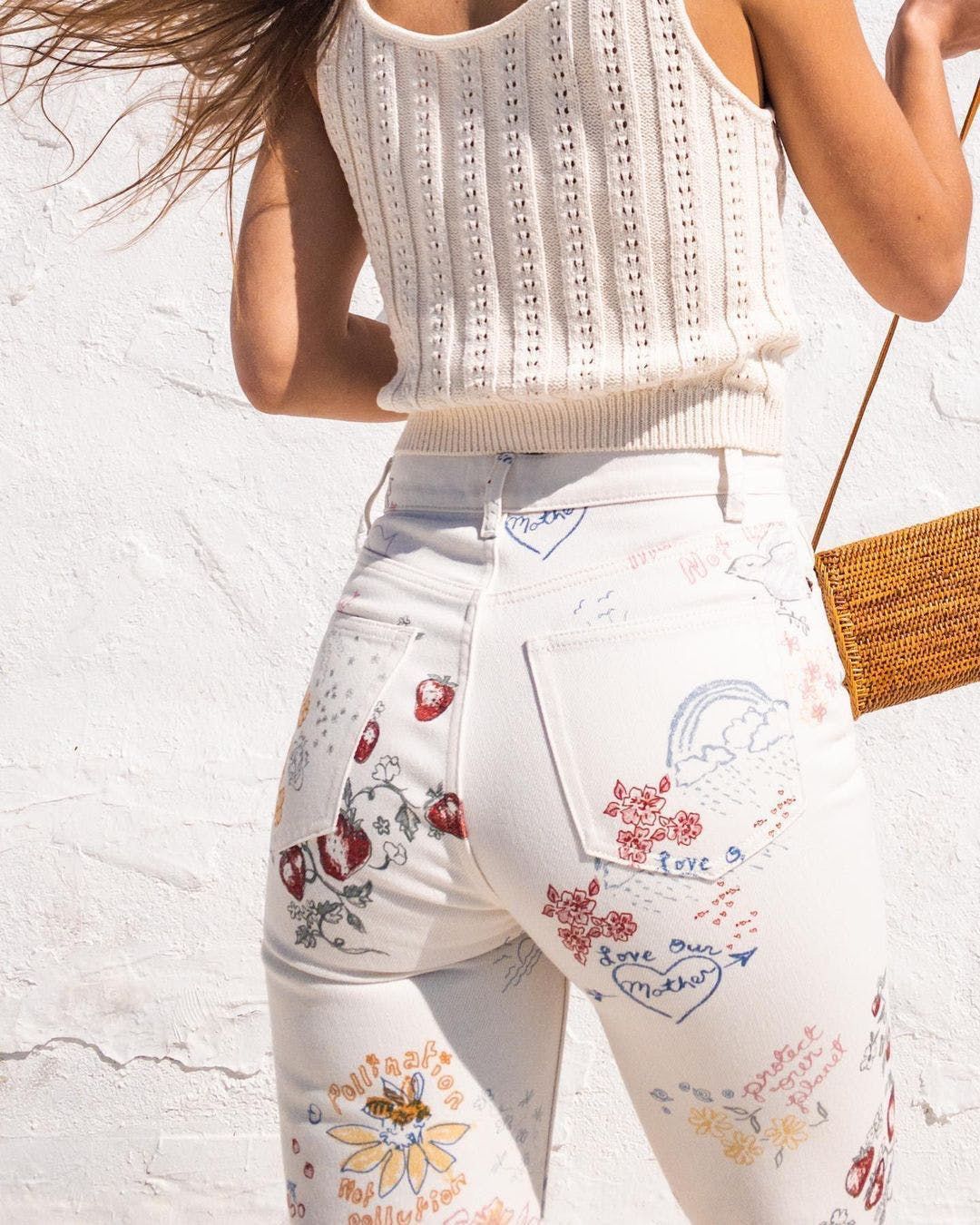