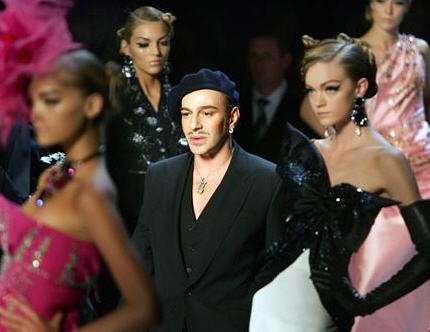 Christian Dior said Tuesday Galliano has been immediately laid off, just days after he was suspended as its creative director pending an investigation into an alleged anti-Semitic incident in a Paris cafe last week.

The house said in a statement: "Today, because of the particularly odious nature of the behavior and words of John Galliano in a video made public this Monday, the Christian Dior house has decided to lay him off immediately and has begun firing procedures against him."