Eight Rising Stars You're About to See Everywhere

As we spend our time at home, these future A-listers are lighting up our screens-and our days. 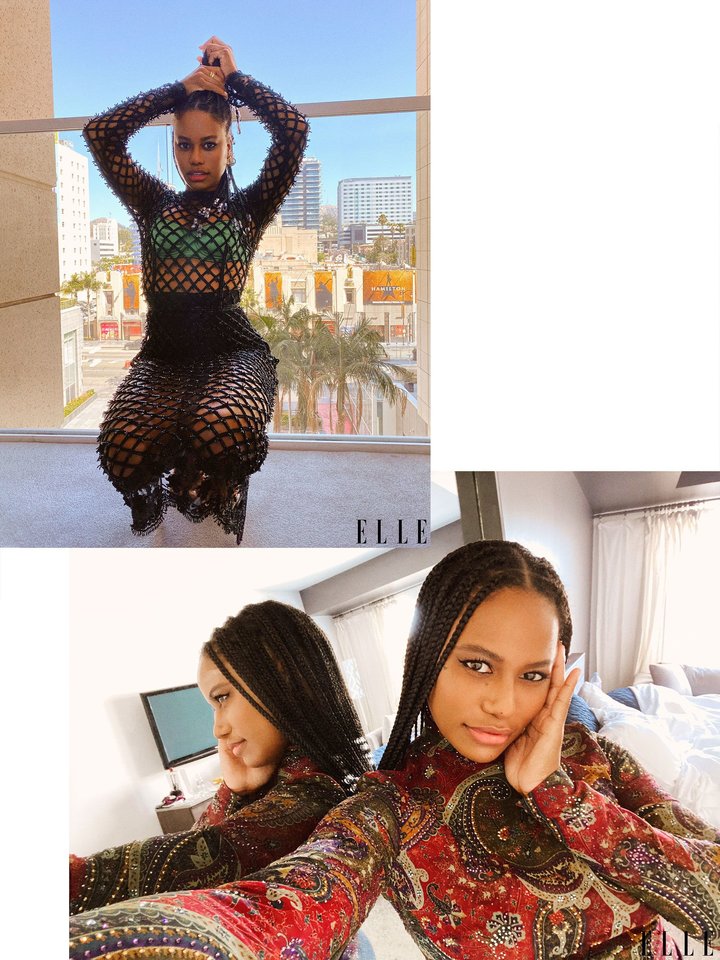 Taylour Paige suggests we take a deep breath. Three days ago, sheขlike most of usขlearned Chadwick Boseman, her costar in Ma Rainey’s Black Bottom, had died of colon cancer. “I didn’t know he was sick,” says the 30-year-old actress. “People are going to be stunned by his performance, but now I feel he should win an Oscar just for acting like he was okay.” Their characters, Levee and Dussie Mae, “are trying to live in their truth in [the 1920s], when the world doesn’t accept them because they're Black," she says. Things are "getting better," says the Inglewood, California, native, but she believes limitations still exist for Black actresses. “There have been times I’ve been broke or in between jobs, and I go back to working at the weed dispensary or cleaning houses, but I would much rather do that than some silly pilot about cops.” Up next for Paige: the title role in Zola, a film based on an epic Twitter thread about a stripper’s road trip to Florida. Paige calls the thread’s author, Aziah Wells King, “a sister,” and her costar, Riley Keough, her “best friend.” “Both Riley and I make sense of [the world] by empathizing with the people we play,” Paige adds. 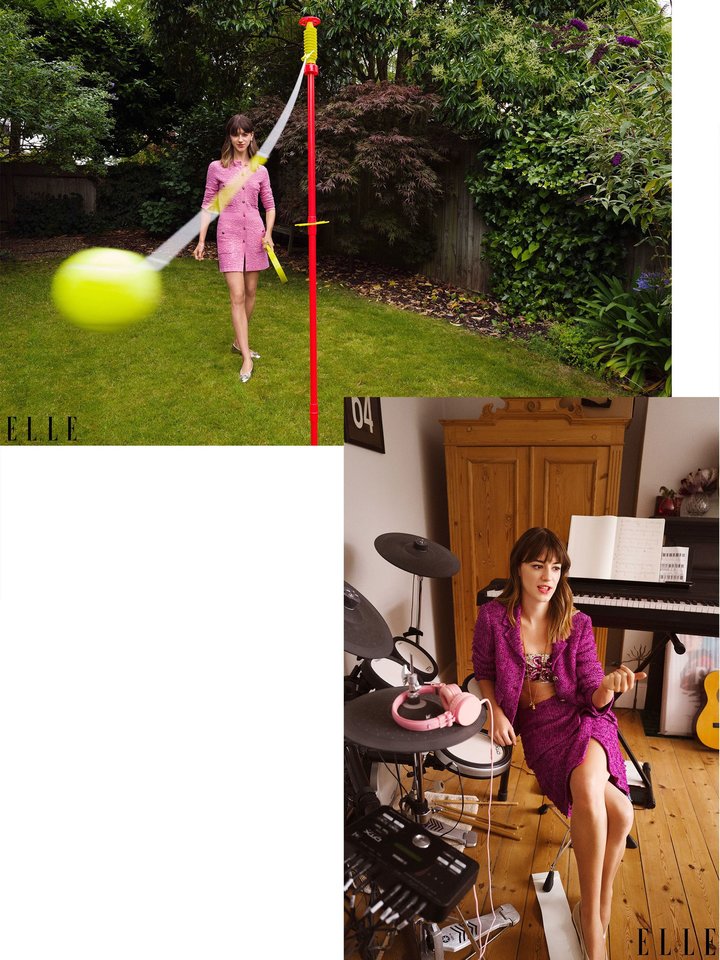 Right before she auditioned for Hulu’s Normal People, Daisy Edgar-Jones was covered in blood and crying. She had just stepped off the set of the TV series War of the Worlds, shooting the death scene of a key character, to record her audition tape. Luckily, the actress has enough range to seem equally at home amid alien invasions and Trinity College mixers. Playing Marianne “was definitely different from anything I’d ever done before,” she says, and the titanic response to Normal People “felt quite immediate.” She’s not shying away from future roles in literary adaptations; one dream of hers would be to play Patti Smith in a big-screen version of Just Kids. 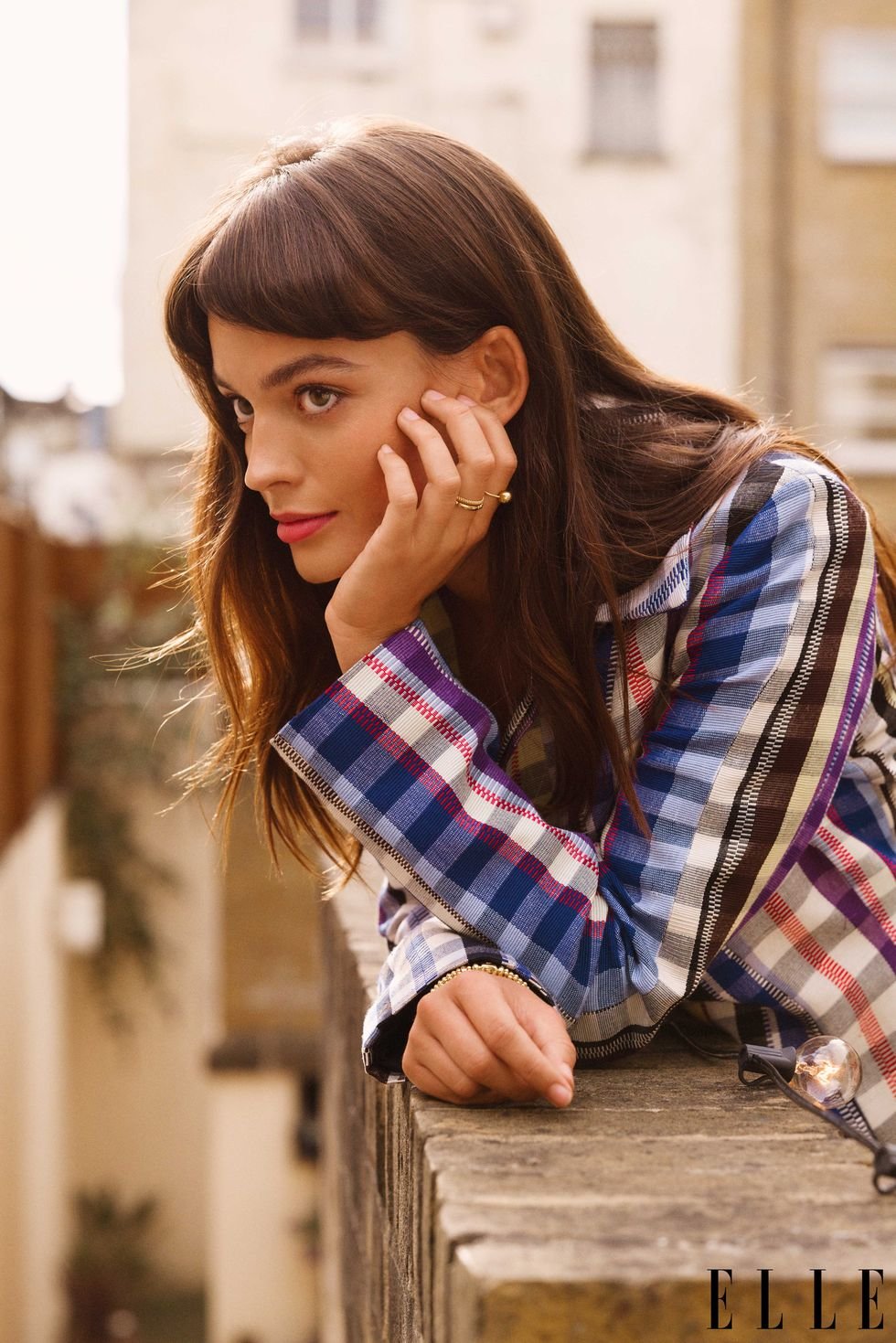 It was a massive vessel that helped Emma Mackey comprehend her latest career milestone: earning a major role in the epic-scale production of Kenneth Branagh’s Death on the Nile. “I welled up when I saw the boatขI couldn’t believe they’d made an actual boat,” she recalls. “It was sublime.” The French English actress made her name in the Netflix series Sex Education, currently filming its third season, and will also play Emily Brontë in an upcoming biopic. Particularly close to her heart is the recently completed Eiffel, her first French film. “It was coming back home to my homeland as a woman and an adult and an independent human being. 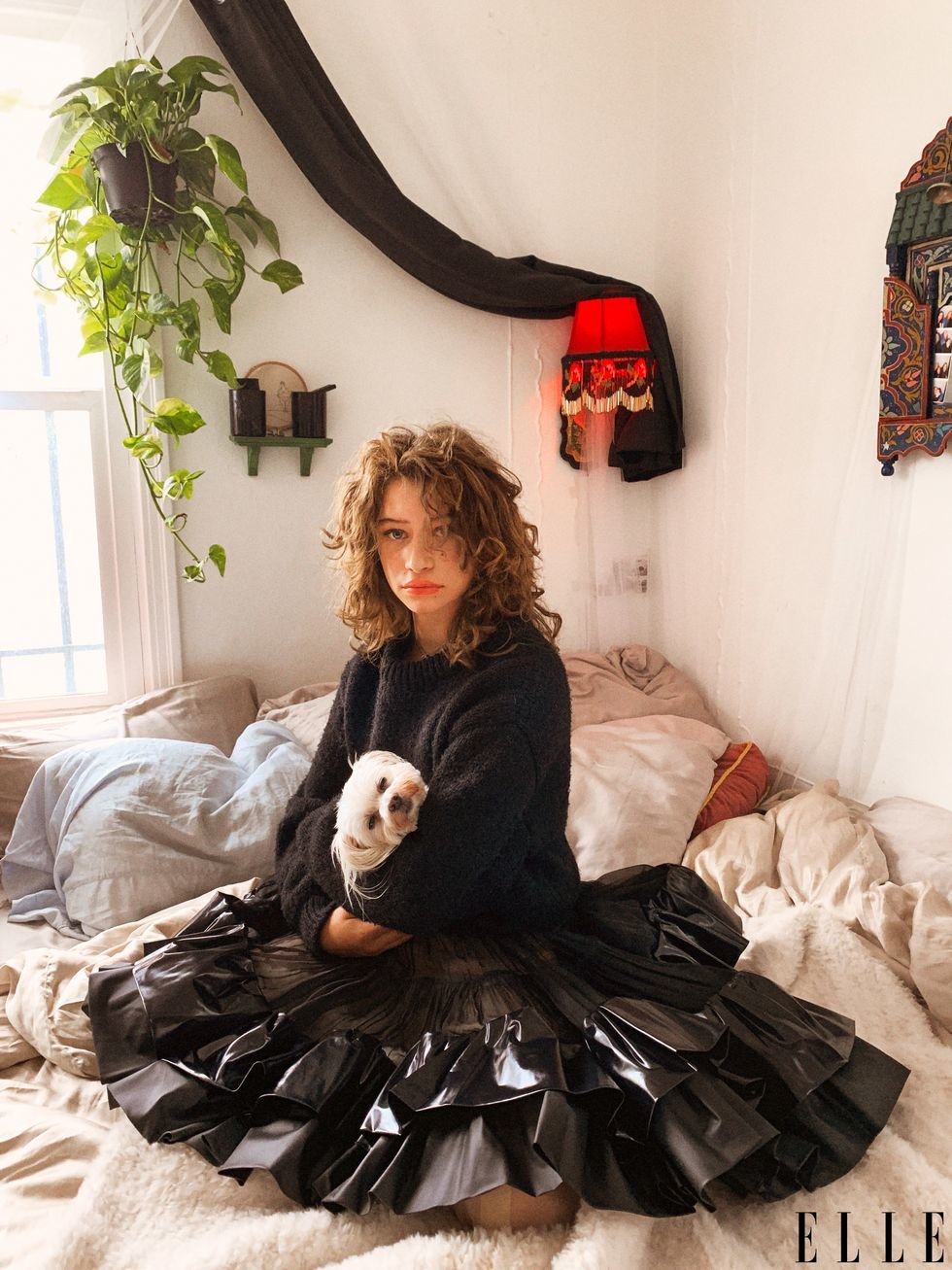 The camera lingers on a piece of crude bathroom graffiti, then a crumpled brown paper towel knotted with red hair against a cinder-block wall. A fist pounds out the familiar, syncopated beat of Cardi B’s “Bodak Yellow” against a locker as a student helps remove a stuck condom from her friend’s vagina inside a cramped stall. So goes the alarming start to Grand Army, Netflix’s new series adapted from Katie Cappiello’s play Slut, and the first dramatic starring role for 20-year-old Odessa A’zion. “We’ve all been in high school, so we all know how gross it can be, but then add social media, and it’s a little different,” says A’zion, whose performance as Joey DelMarco, an outspoken, Instagram-savvy student who must navigate a trauma perpetrated by two of her best friends at a Brooklyn high school, is a raw revelation. “Everything that happens is something that has happened, unfortunately, to a lot of people in real life,” she says, adding that after comedic roles in sitcoms like Fam, she was excited to tackle a role that wasn’t “the stupid-funny punch line ladyขI wanted a serious role, something realใ 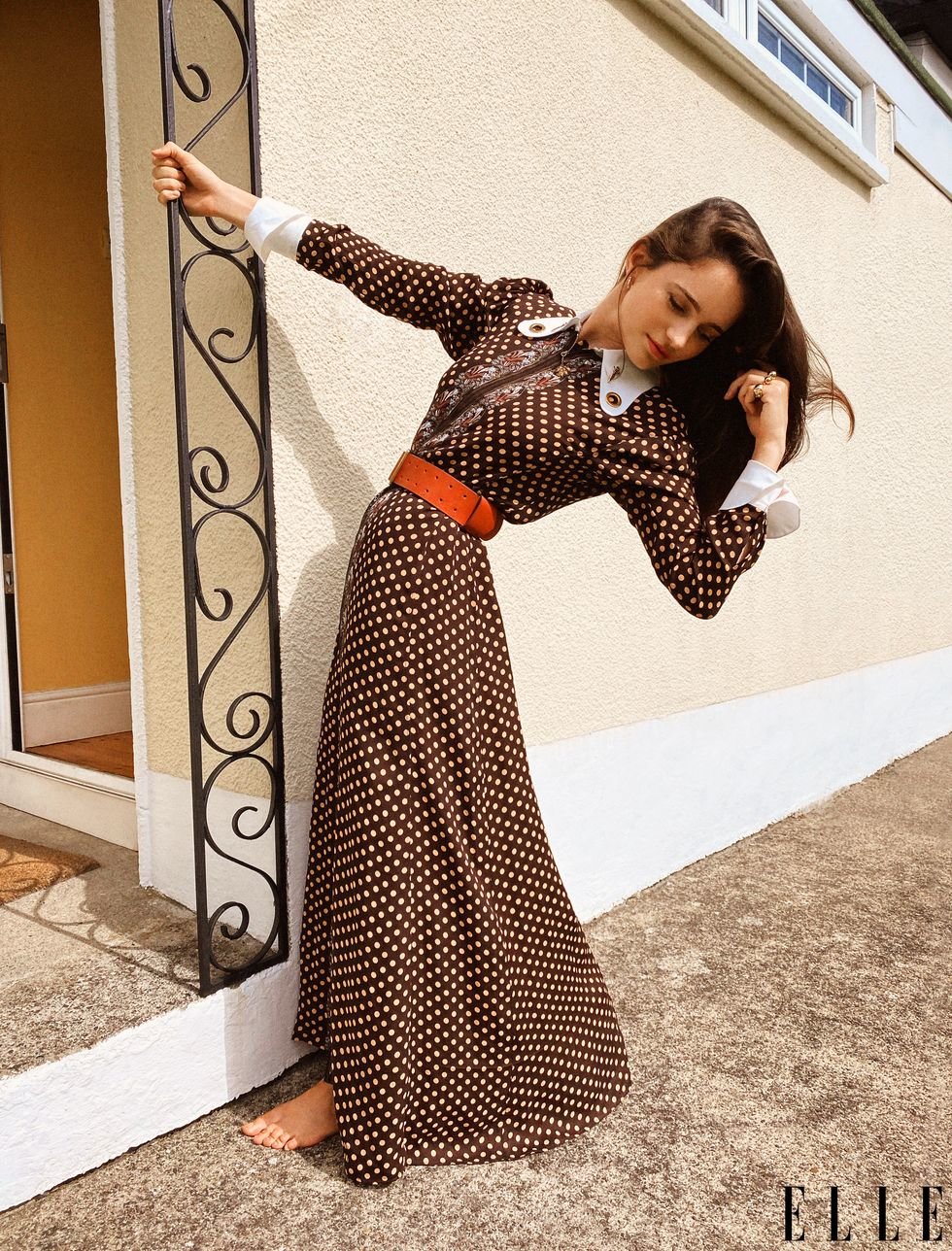 It was abundantly clear to Aisling Franciosi that playing the young nun Sister Ruth in an FX adaptation of Rumer Godden’s novel Black Narcissus would invite immediate comparisons to the 1947 movie, which is revered in film circles. It failed to deter her. That confident approach to the famed part was shaped by the Irish Italian actress’s experience starring in The Nightingale, a film singled out both for its brilliance and its brutality. “I’m like,‘Well, I can do anything,’” she says. “There will always be challenges on a project, but in terms of the toll this project took on me, emotionally and physically, it would be difficult to find something that was more intense. 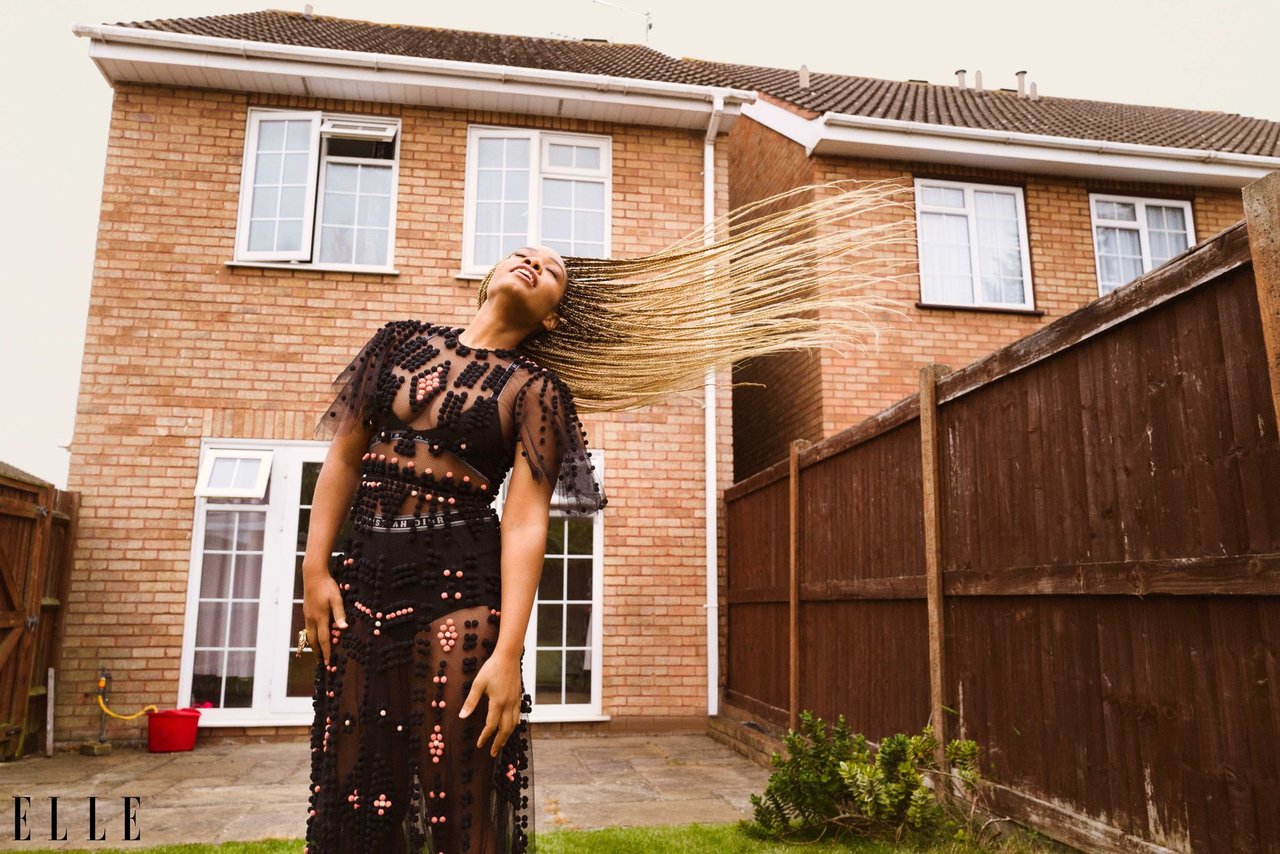 “It hasn’t changed my life. It’s changed my social media presence,” Weruche Opia says of her instantly star-making performance in I May Destroy You. “I'm out and about, but I’ve got a mask on, so nobody can tell that it’s me.” It’s unlikely that her anonymity will last post-pandemic. Playing Terry, the best friend of creator and star Michaela Coel’s lead, Opia demonstrated palpable chemistry with Coel as the pair depicted one of the most loving, deep, and natural female friendships seen on TV. “More than anything, I’m happy to be a Black woman in the industry surrounded by Black women like Michaela, who are making strides,” she says. “Our voices can no longer be ignored. 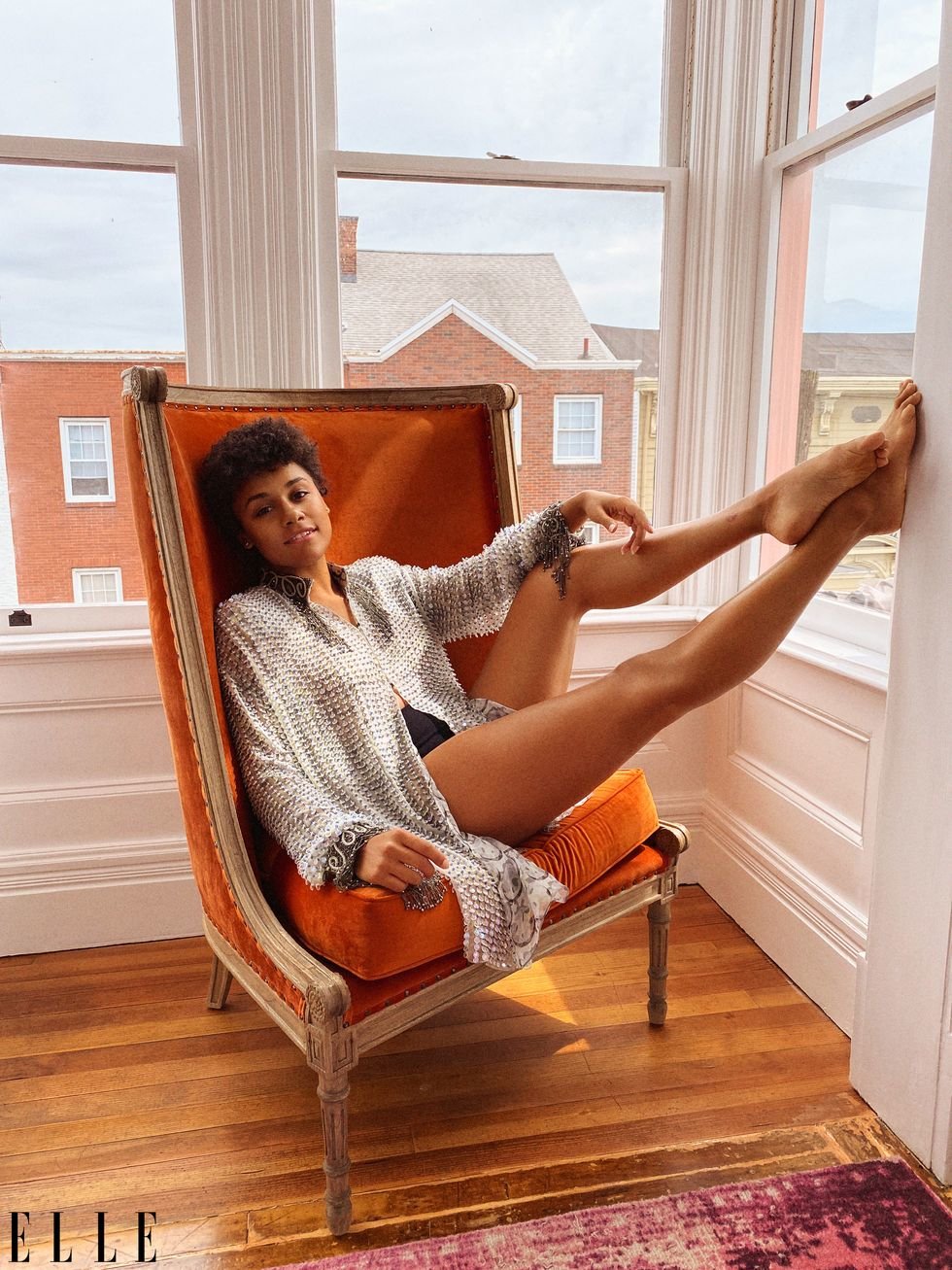 “Lead with spice, and lead with love.” That was Rita Moreno’s advice to Ariana DeBose as she stepped into Moreno’s dance shoes to play Anita in Steven Spielberg’s big-screen version of West Side Story. For DeBoseขa Broadway veteran who was in the original cast of Hamiltonขit was a career high to take on this iconic Latinx role. She also tackles one of the most memorable musical theater numbers: “America,” which takes on a new resonance in 2020. “I can’t speak for Señor Sondheim and what his initial goal for this song was,” she says. “But ultimately the way I view it today is, ‘Things are very, very challenging, but they can be overcome.’” DeBose is also part of another Broadway hit coming to the small screen: Ryan Murphy’s Netflix adaptation of The Prom, in which she plays a lesbian teen. Growing up, DeBose says, “I didn’t get to see a lot of young queer female stories being told onscreen.” She hopes that both parts “will reach exactly the people who need to see them.

While preparing to portray Selena Quintanilla in Netflix’s upcoming Selena: The Series, Christian Serratos kept returning to footage of the wildly popular Tejano singer performing “Que Creias,” a song about a former lover trying to win back her heart. “She somehow made an arena full of people feel like they were all hanging out together as friends,” says the 30-year-old actress of the singer, who was murdered at age 23. Serratos, whom some might recognize from The Walking Dead, admits that even she, a “die-hard Selena fan,” was unfamiliar with the singer’s early catalog and ’80s hairstyles. But her favorite scenes to film, by far, have been the concerts: “Everyone was so happy to hear this music again.