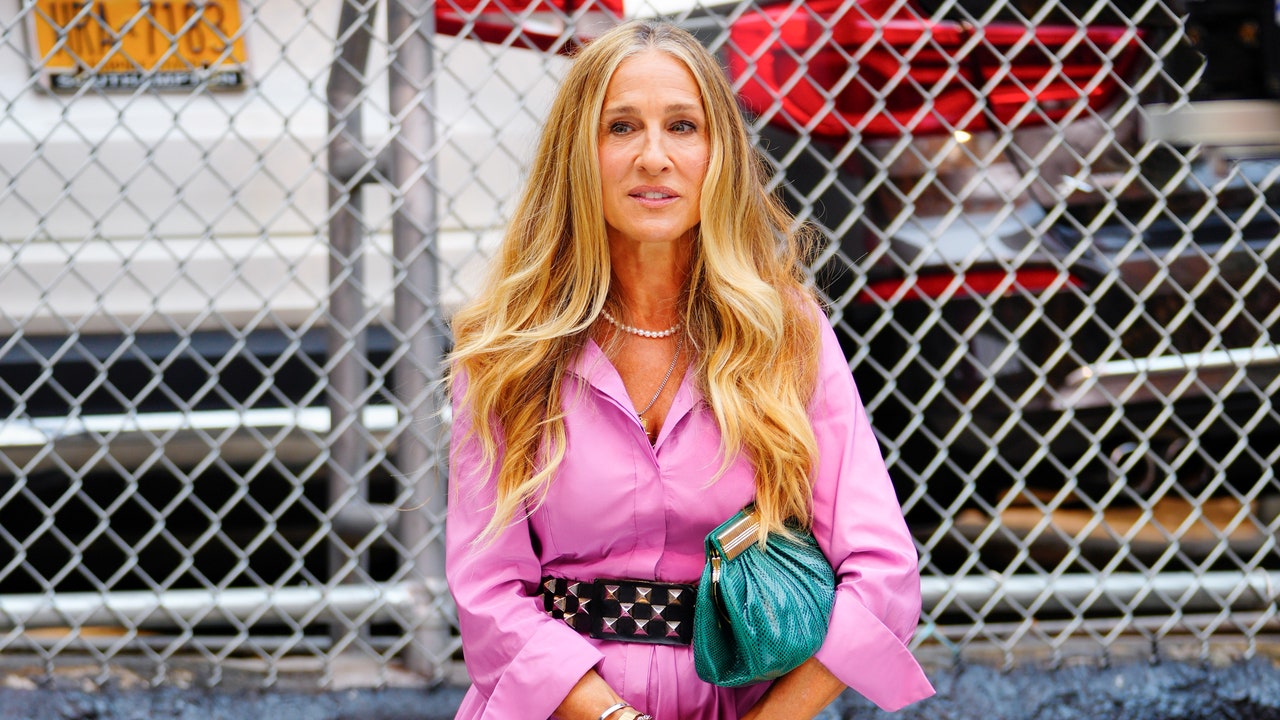 Even Carrie Bradshaw Recycles Her Wardrobe

In the new Sex and The City reboot, Carrie’s iconic fashion pieces are making a comeback.

Over the past few weeks, Sarah Jessica Parker, Cynthia Nixon, and Kristin Davis have been filming *And Just Like Thatขthe forthcoming Sex and The City reboot from HBO Maxข*around New York City. The major plot points of the show may still be under wraps, but it wouldn’t be Sex and the City without some stellar looks from Carrie, Miranda, and Charlotte. 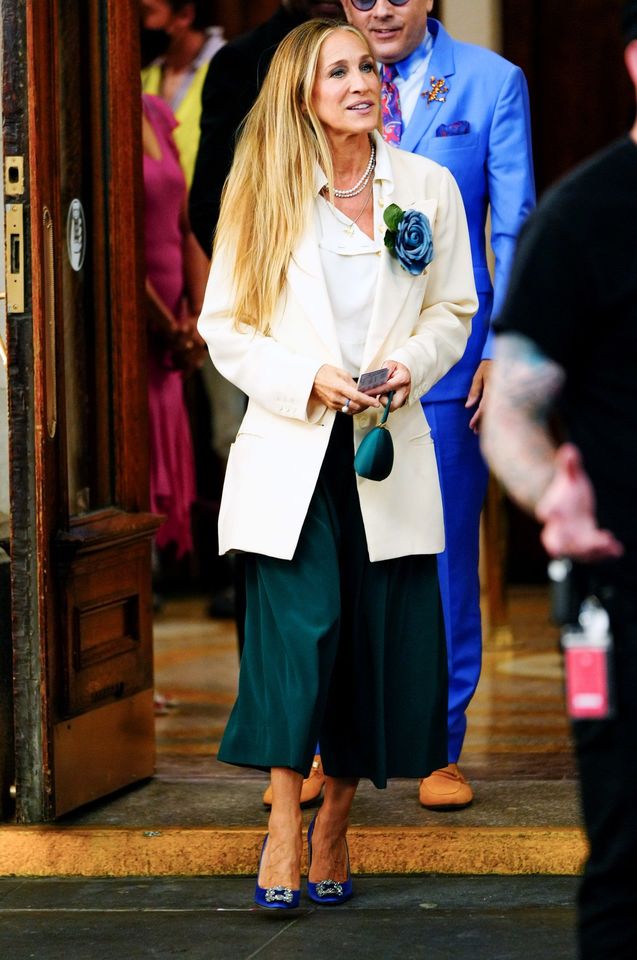 So far, Carrie has been delivering chic New Yorker style, Miranda sleek pant looks, and Charlotte elegant (and uptown-worthy) day dresses. All that’s missing is Kim Cattrall in her signature Samantha power suits, and the original foursome would have been complete. Though she’s the most risk-taking fashionista of the group, Carrie has still been sticking to her signature styles like sky-high heels and her favorite Fendi Baguette bag. It appears many other iconic Carrie fashion staples from the OG series are making a comeback in the new seriesขbecause even a fashion junkie like her sees the advantages to recycling and shopping her own wardrobe. 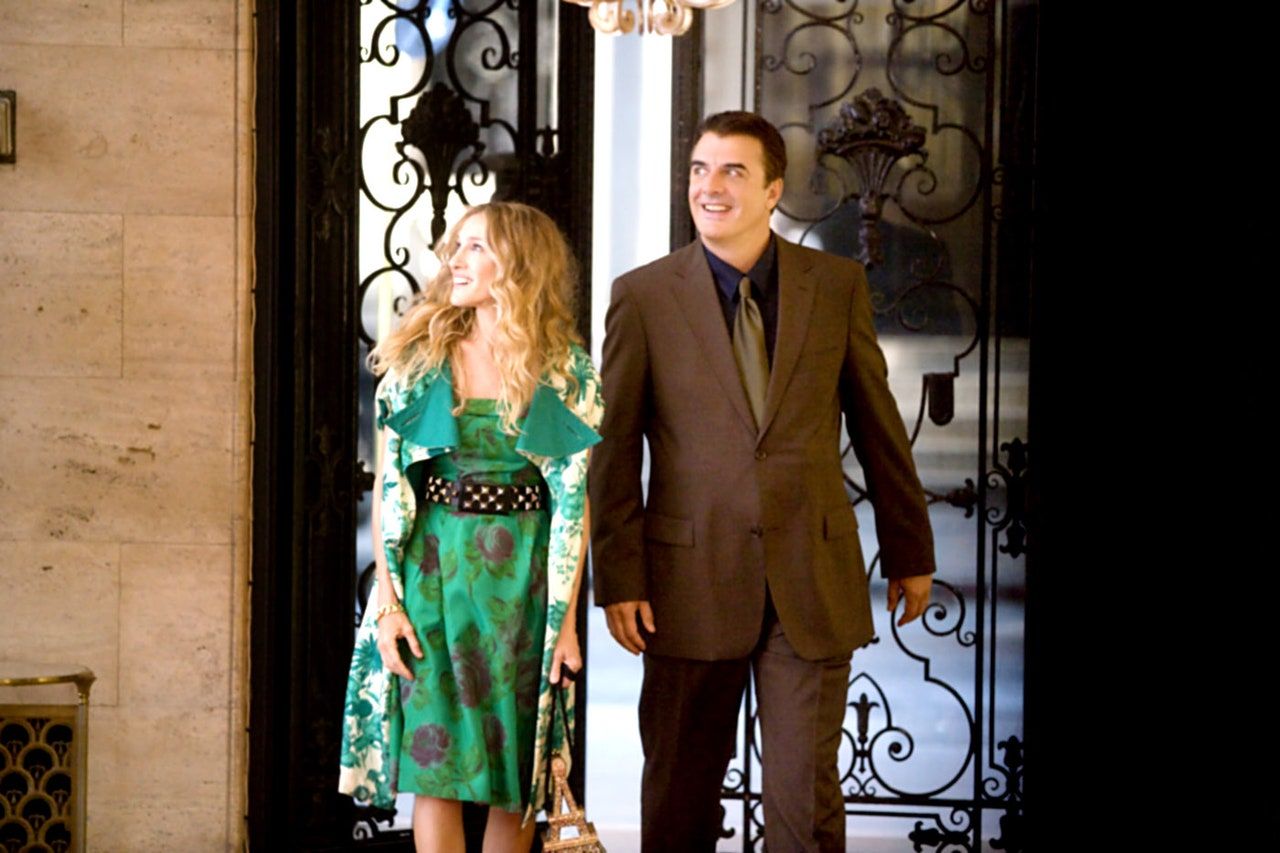 One of the first pieces we saw make a return was Carrie’s wide, studded black leather belt by Streets Ahead. In the new reboot, Carrie wears it with a pink Carolina Herrera shirtdress and black pumps; she first wore it with a few different outfits in the 2008 Sex and The City movie. Another new Carrie outfit includes two accessories that her character has previously worn. Clad in a boxy white blazer, white blouse, and green trousers, Carrie accessorized the look it with blue Manolo Blahnik Hangisi pumps from the 2008 film, and a giant flower brooch, which @everyoutfitonsatc says she wore in season three with a fur coat. 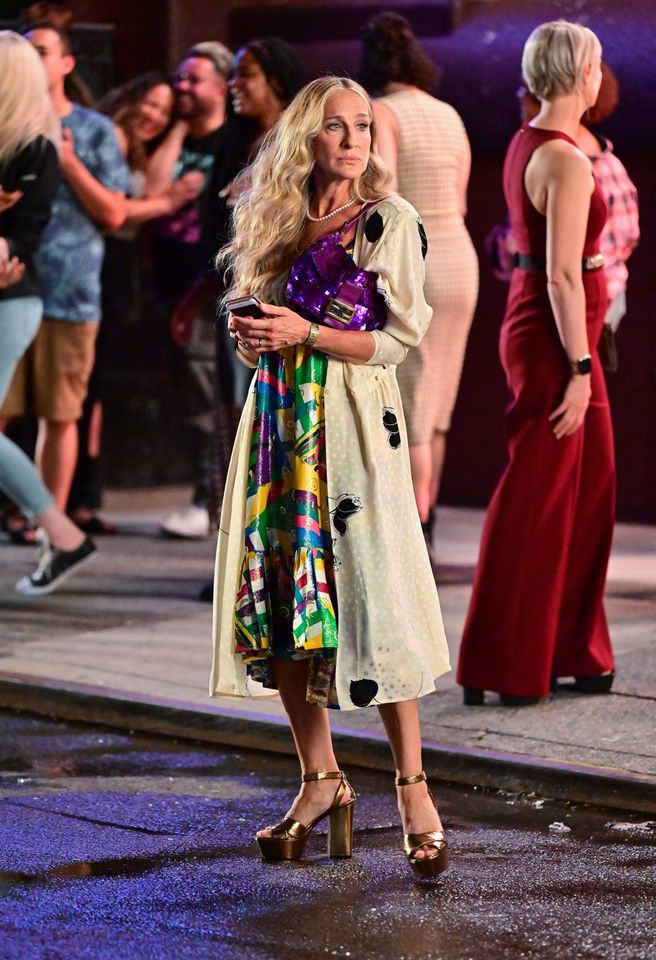 There’s even been some more subtle references to past outfits Carrie has worn. When Parker recently stepped out in-character rocking a Dries Van Noten floral blazer, her feathered cap also called back to the giant feather headpiece Carrie wore while marrying Big in the 2008 movie. All these styling choices are a clever way to make the character feel authentic and real, because who doesn’t hold on to closet favorites? And the best part is, these are just a few of the fashion revivals we’ve seen in the new show-filming has only just begun! So keep your eyes peeled for even more pieces to be revived, because something tells us Carrie’s 2021 style mantra is all about up-cycling and re-wearing. 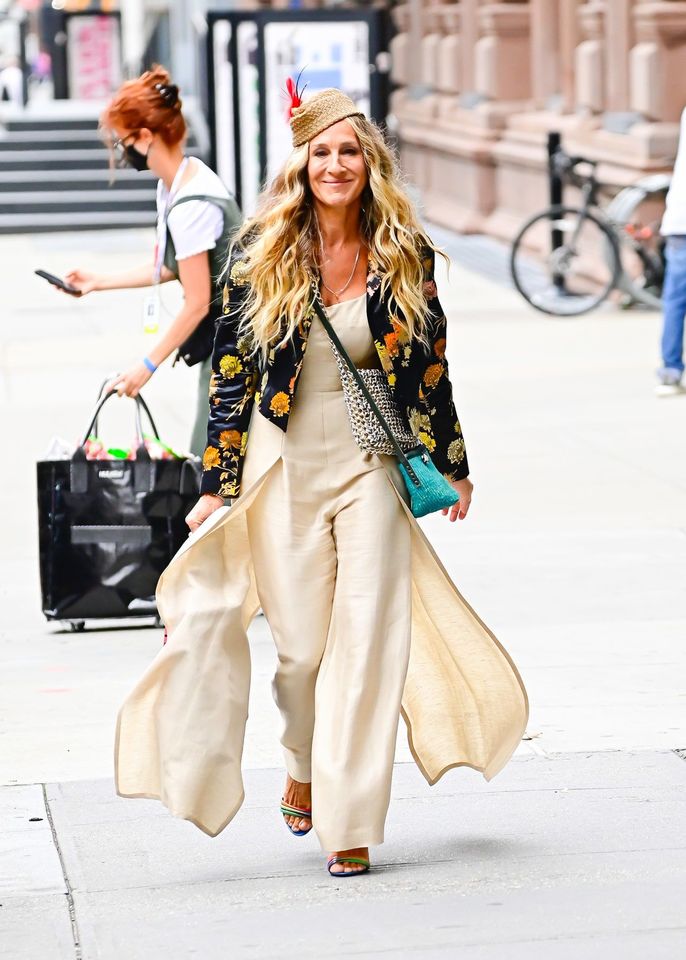