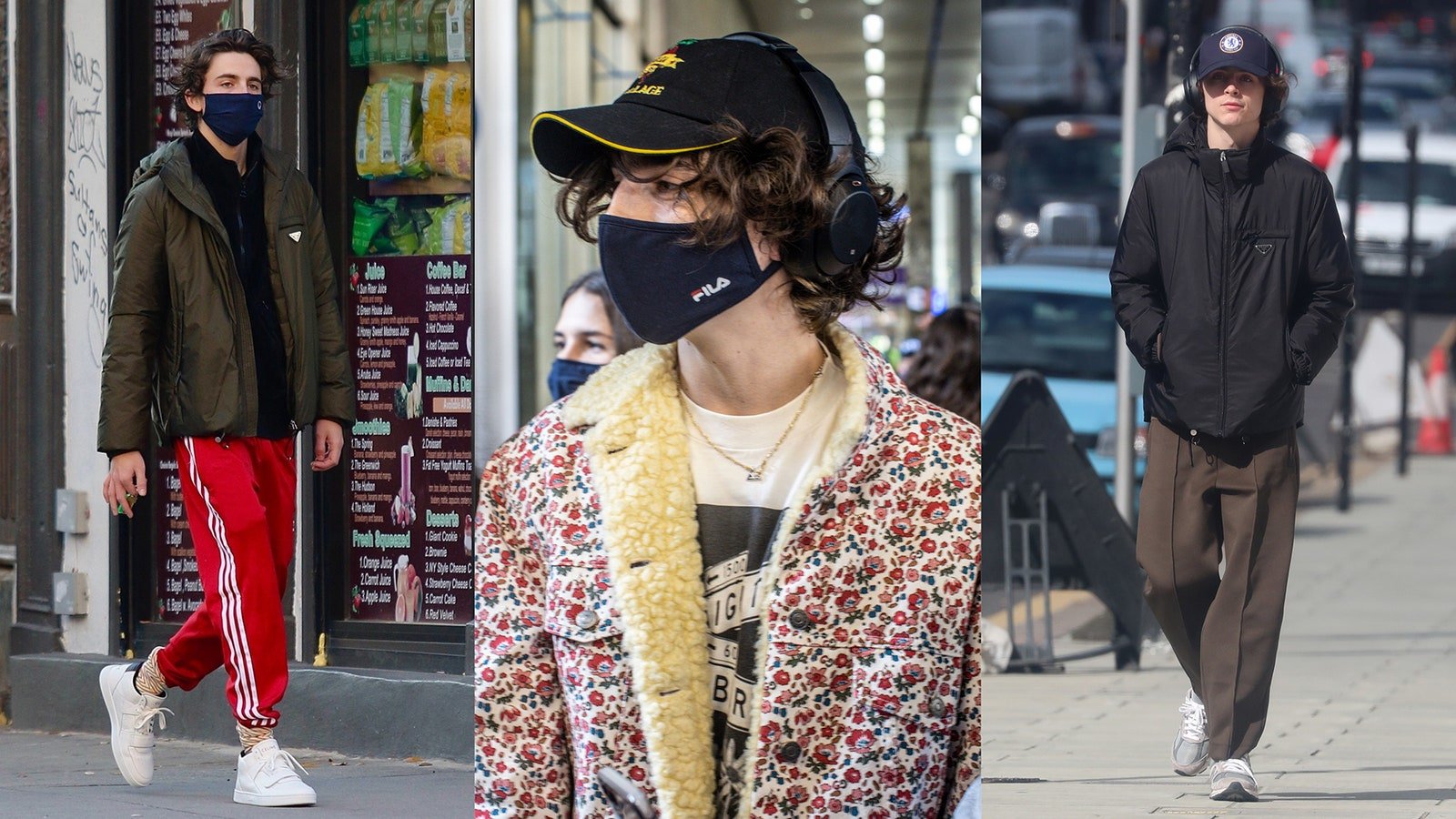 Even in 2020, Timothée Chalamet Brought Style to Everything He Did

Few men in Hollywood are as much of a fashion plate as Timothée Chalamet is. The actor, who turns 25 today, is known for an authentically experimental style that sets him apart from his peers.

His willingness to take a risk on the red carpet has paid off massively-who could forget the silvery Haider Ackermann number he wore to the Venice Film Festival in 2019, or the now-infamous Louis Vuitton bib he wore to the 2019 Golden Globes? And those fashion choices are all the more impressive considering that Chalamet styles himself.

The actor’s unstudied sense of cool is especially captivating when he’s off duty. Consider the outfit he was spotted wearing to the bodega earlier this month for instance. At first glance, it looks like the kind of lowkey weekend uniform you’d expect to find on the streets of Brooklyn: comfy pants, a hoodie, a jacket, statement shoes, and a bagel (presumably) wrapped in tin-foil. But then you realize those large pink shoes with zig-zag laces are in fact from Lanvin, his jacket has Prada’s triangle insignia, and his cap is from Elara pictures (the sartorial calling card of New York film bros).

While on the red carpet Chalamet embraces tailoring, his street style is relaxed and endlessly re-creatable. Do, in fact, try this at home. Yes, even in a pandemic. Grab a bucket hat and some chunky laces and get started. See six of our favorite Timmy style moments from this year below. 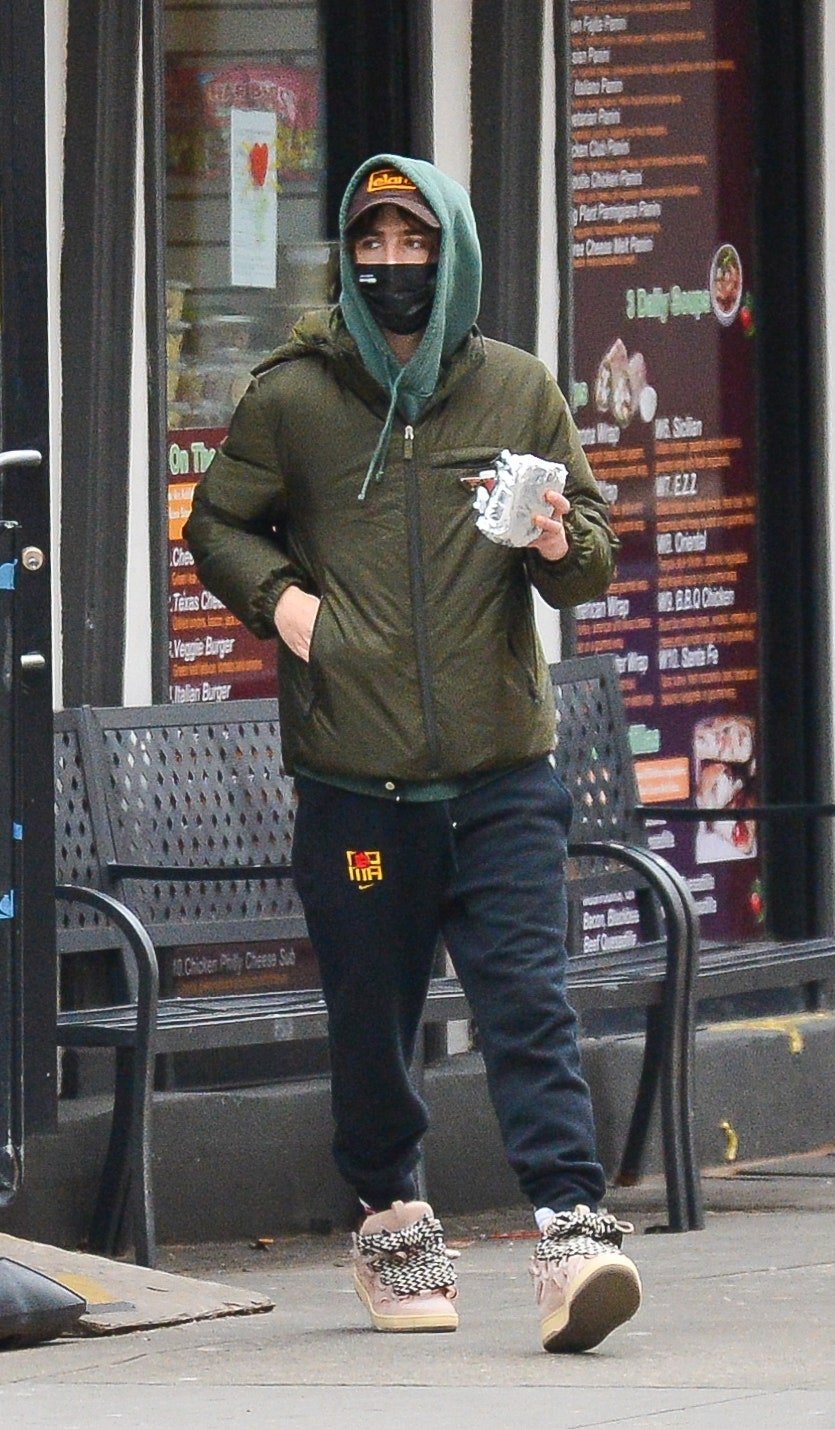 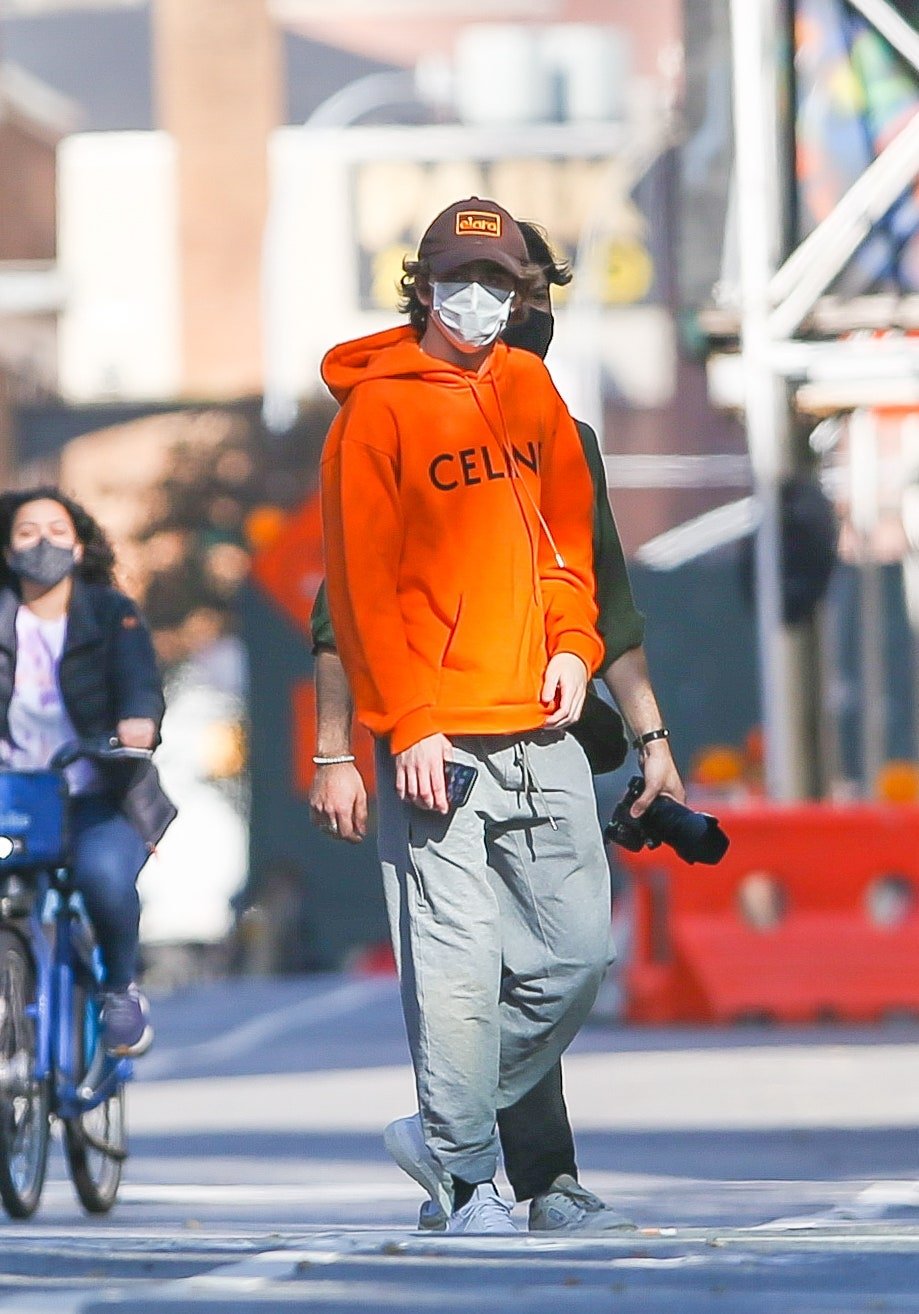 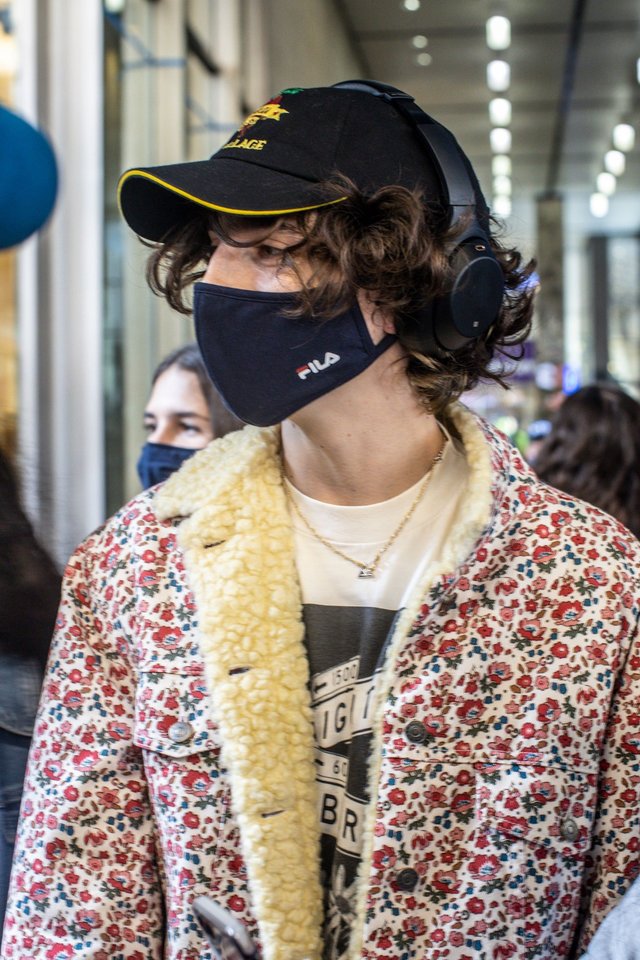 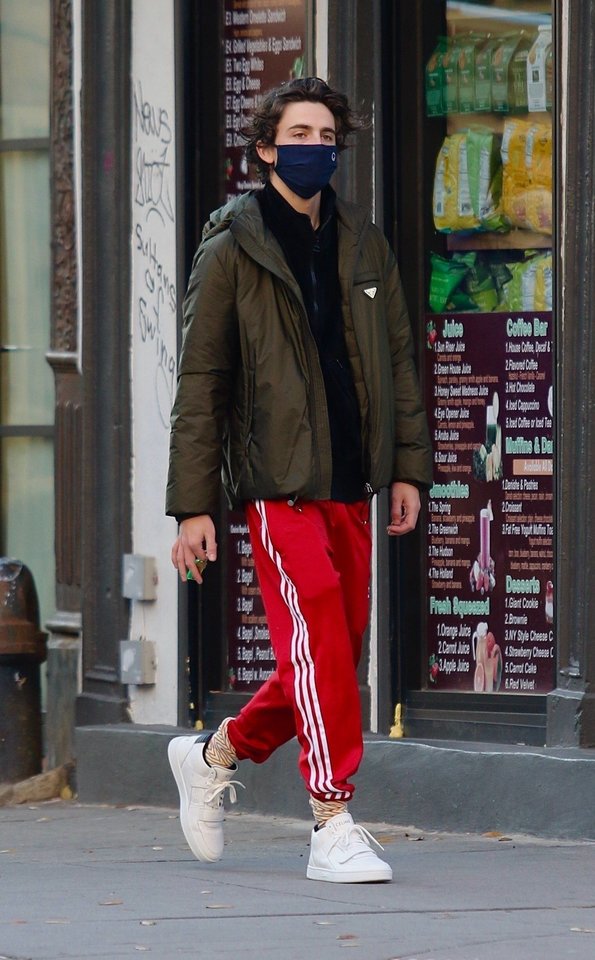 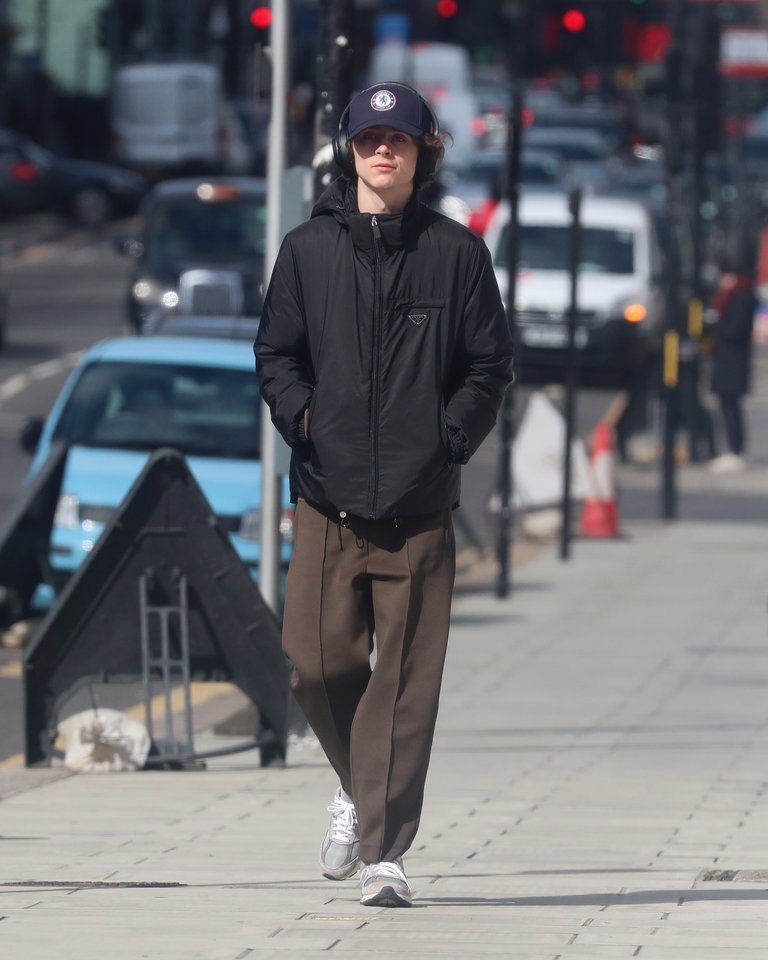 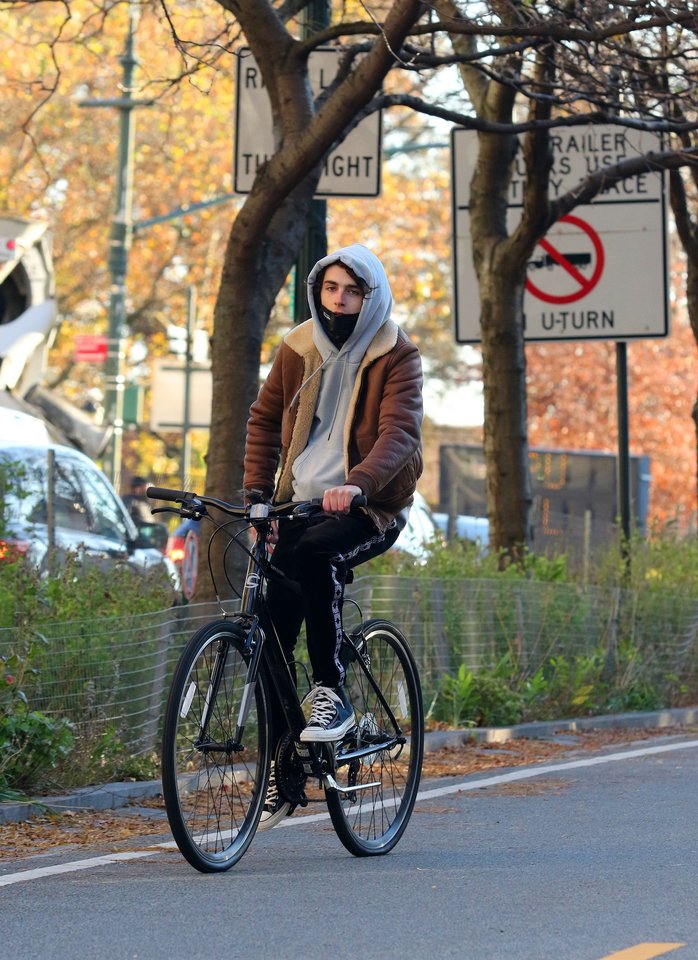