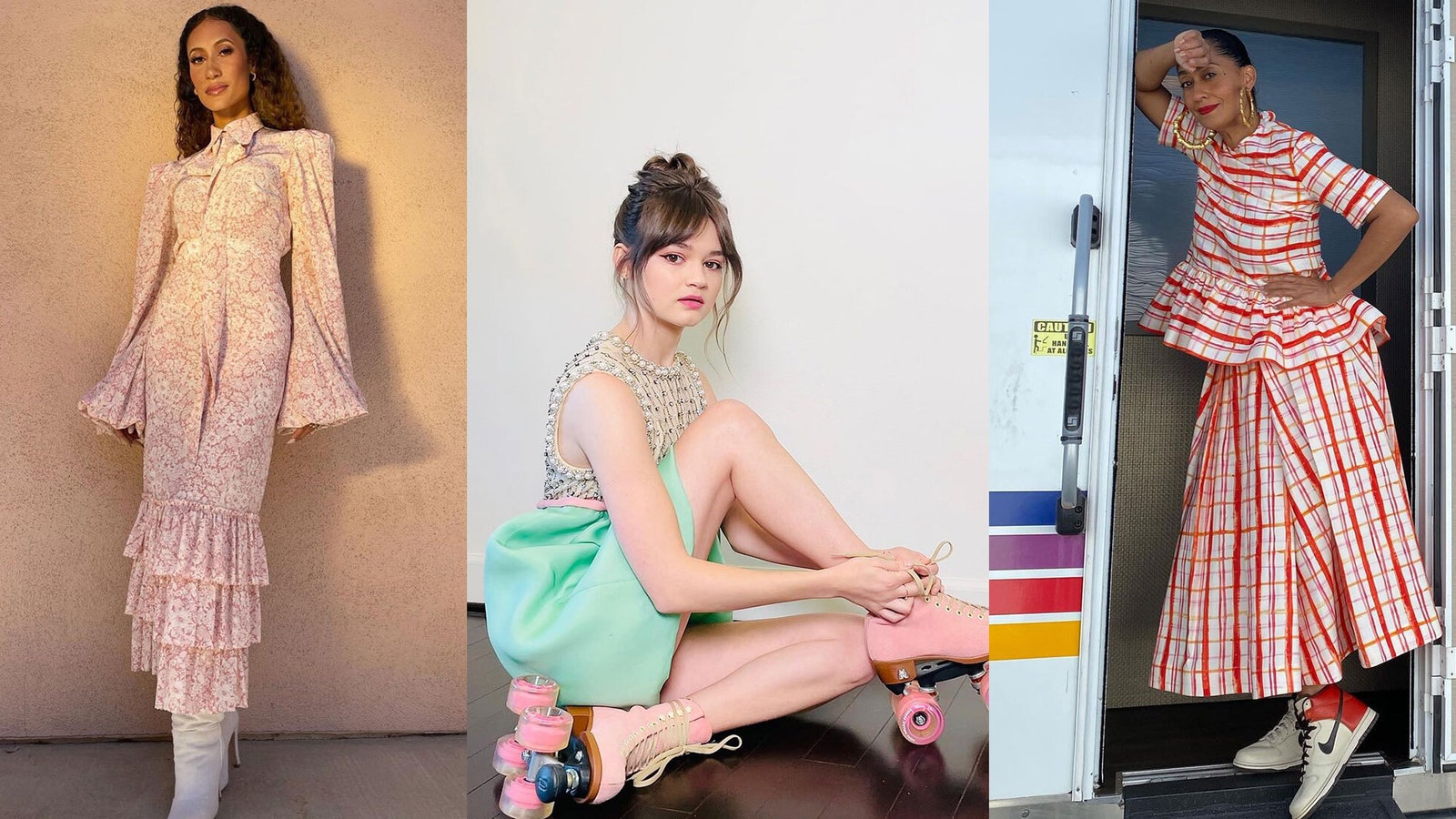 This Week, the Best Dressed Stars Indulged in Flights of Fancy

As their haute couture looks waited in the wings, actors finished up their pre-Globes press appearances in romantic fare from beloved designers.

Last night’s Golden Globes festivities revived red carpet fashion, but celebrities eschewed Old Hollywood glamour in the days leading up to the ceremony. As their haute couture looks waited in the wings, actors finished up their pre-Globes press appearances in romantic fare from beloved designers, then headed outdoors in the best of the season’s denim. All the embellished-to-the-hilt ready-to-wear and unfussy blue jeans worn with argyle sweaters and slouch boots made for an interesting mix in a week marked by contrasts.

In Los Angeles, Storm Reid hit the morning show circuit to promote her Facebook Watch series, Chop It Up, and gave early risers an artsy style moment in the process. For her appearance on Good Morning America, Reid chose a colorful cocktail dress from Stella Jean’s spring/summer 2021 lookbook. Jean’s ethically-crafted pieces have always packed a visual punch, but Reid’s look, with its combination of sequined embroidery and vibrant, illustrated print, was especially eye-catching.

At London Fashion Week, Bridgerton actress Nicola Coughlan found a Simone Rocha creation that channeled her Netflix hit’s Regency look. In a puff-sleeve, cream satin dress from Rocha’s spring/summer 2021 runway, she took over the official LFW social media accounts and tuned in for the latest collections. A mix of trench details, corsetry, and padded hips, Rocha’s creation was a whimsical twist on English heritage dressing, one that was worthy of Lady Featherington and the rising star who portrays her.

The virtual party for the latest entry in Miu Miu’s Women’s Tales film series brought plenty of young talent, but no one could match Ciara Bravo for fanciful party attire. The Cherry star was saccharine sweet in a bejeweled pink and green mini-dress that embodied the brand’s playful aesthetic. Still, what pushed things over the top was the addition of a pastel pair of vintage roller-skates, an unapologetically twee add-on that made for a series of memorable posts on Bravo’s social media.

After weeks of heavily-detailed vintage finds and kitschy Canadian tuxedos, classic, light-wash blue jeans experienced a welcome resurgence. Leading the charge was Hailey Bieber, who paired her oversized Magda Butrym leather trench with Maison Margiela’s contrast pocket jeans as she headed to meetings in New York City. Across town, Irina Shayk followed suit during her daily errand run, stepping out in a good ol’ fashioned straight-legged pair from EB and an on-trend Burberry argyle sweater so nerdy it warranted a pocket protector. 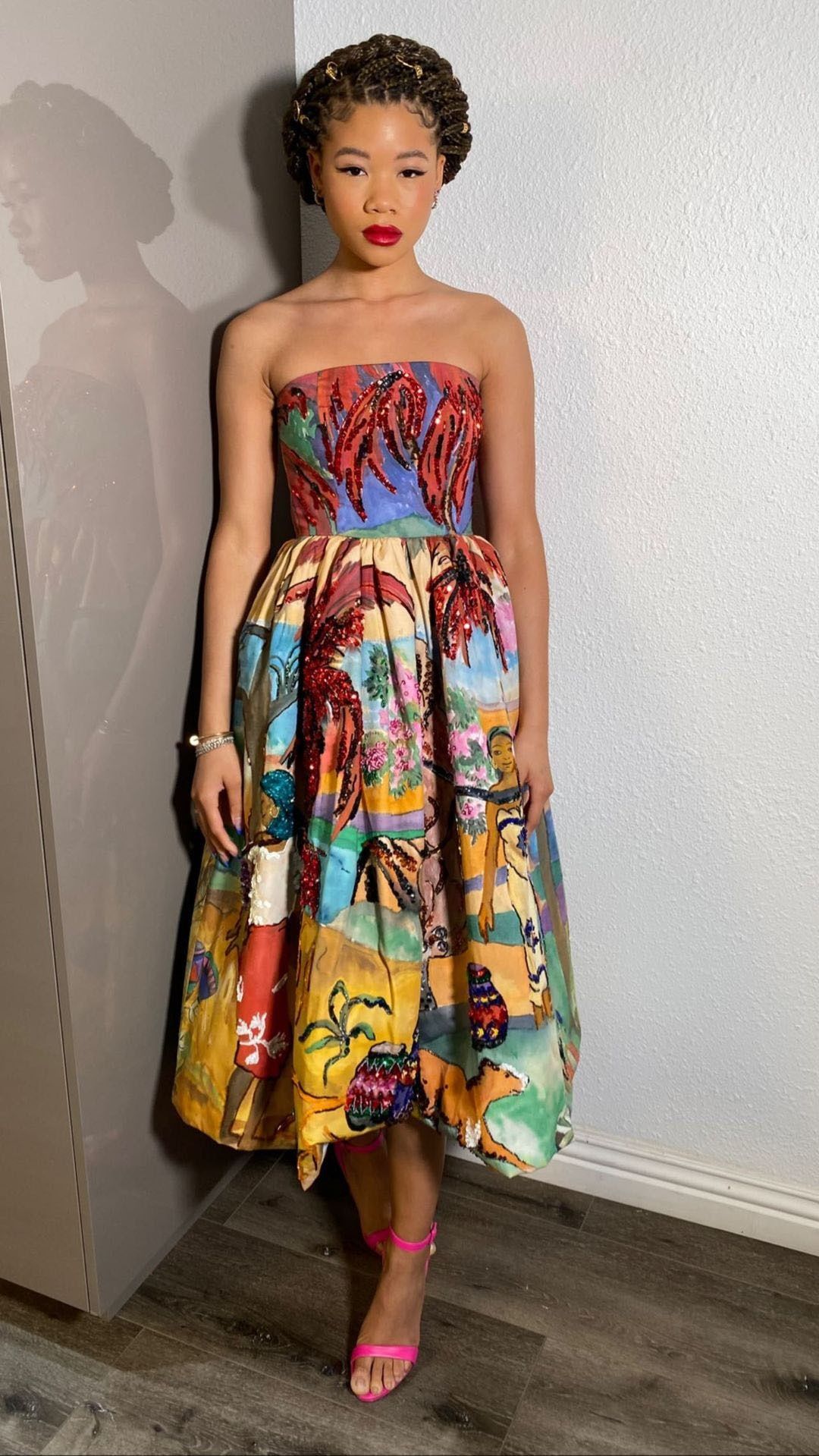 WHO: Storm Reid
WHAT: Stella Jean
WHERE: Good Morning America
WHEN: February 22 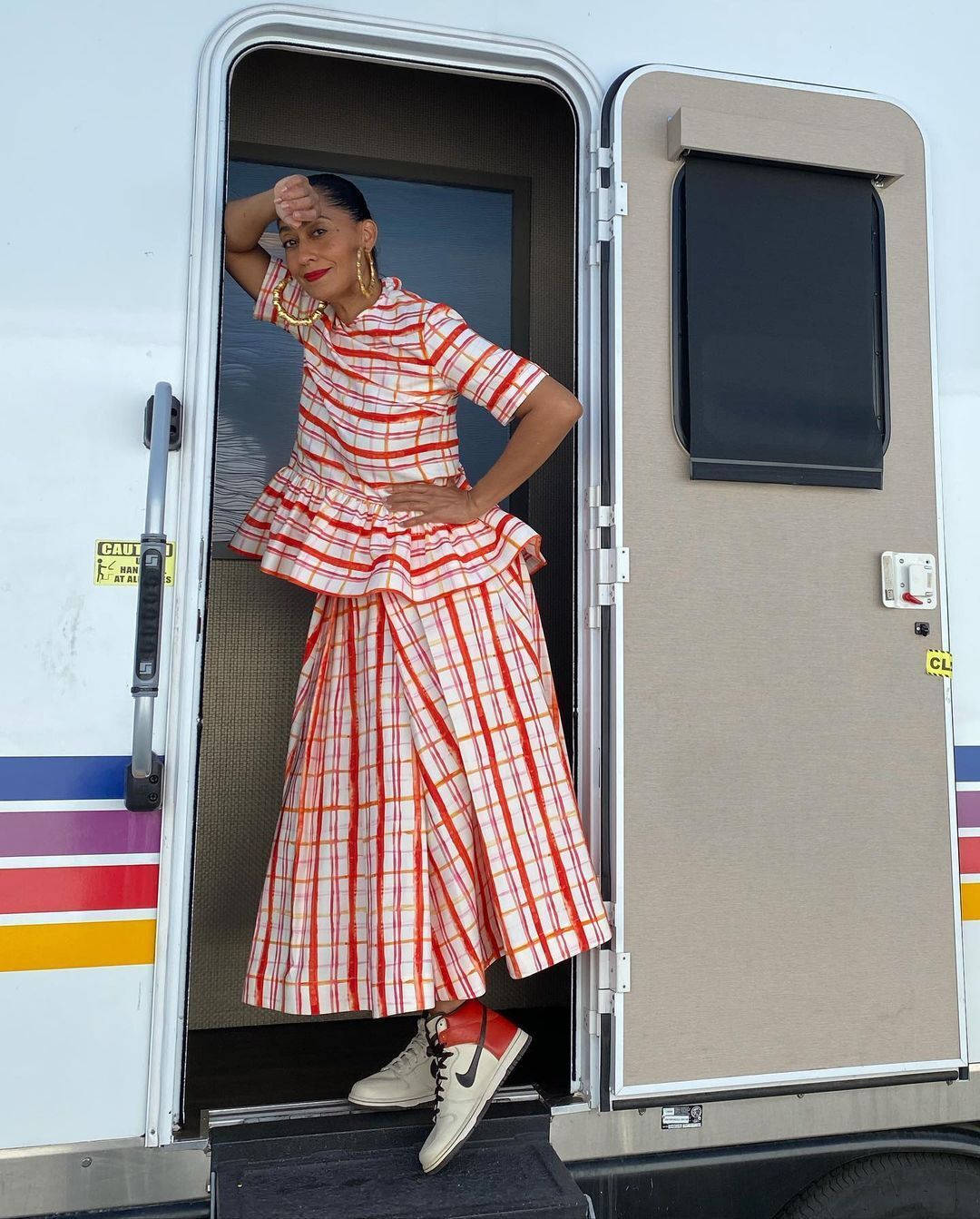 WHO: Tracee Ellis Ross
WHAT: Rosie Assoulin
WHERE: The set of Black-ish
WHEN: February 24 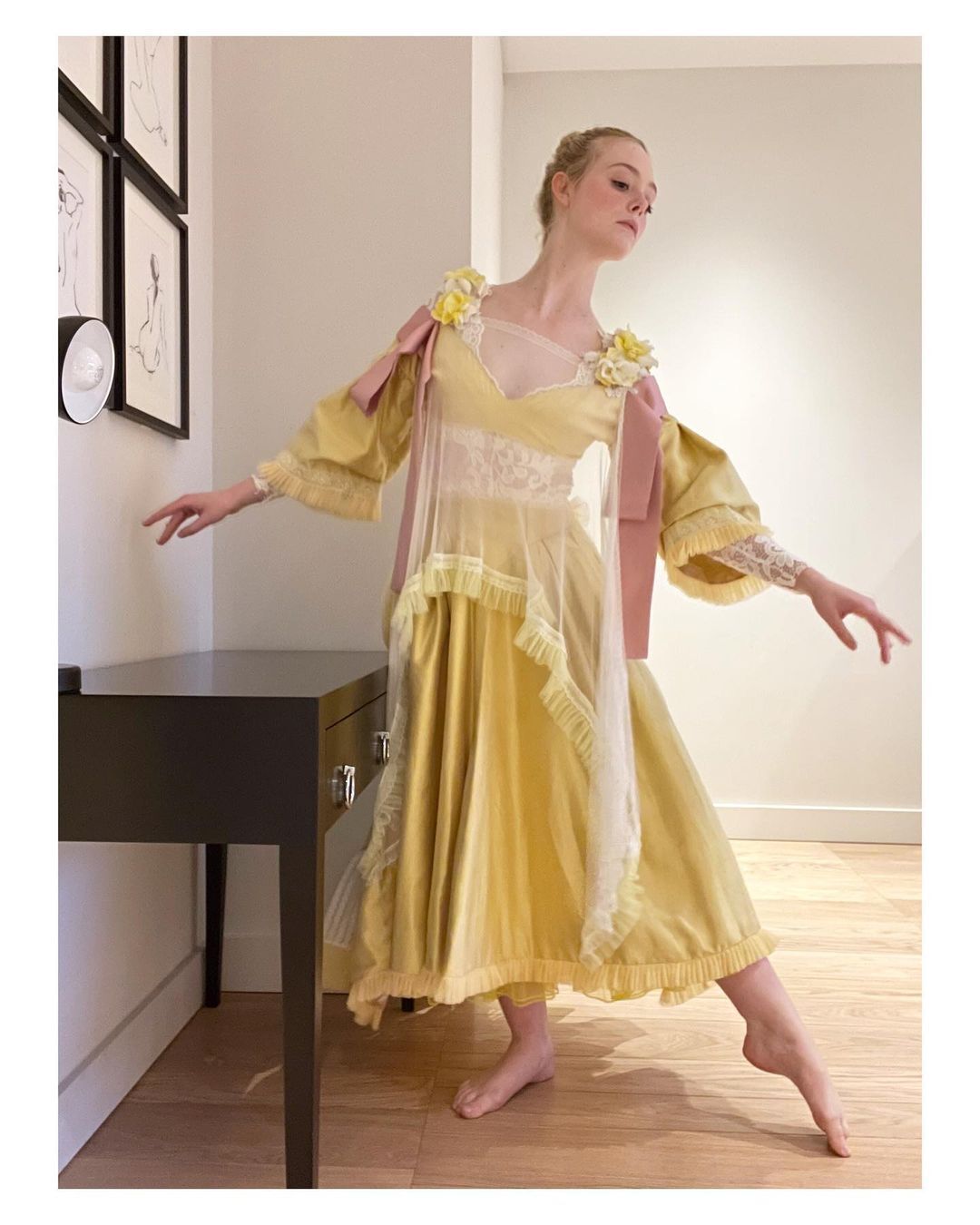 WHO: Elle Fanning
WHAT: Bora Aksu
WHERE: The Great press day
WHEN: February 25 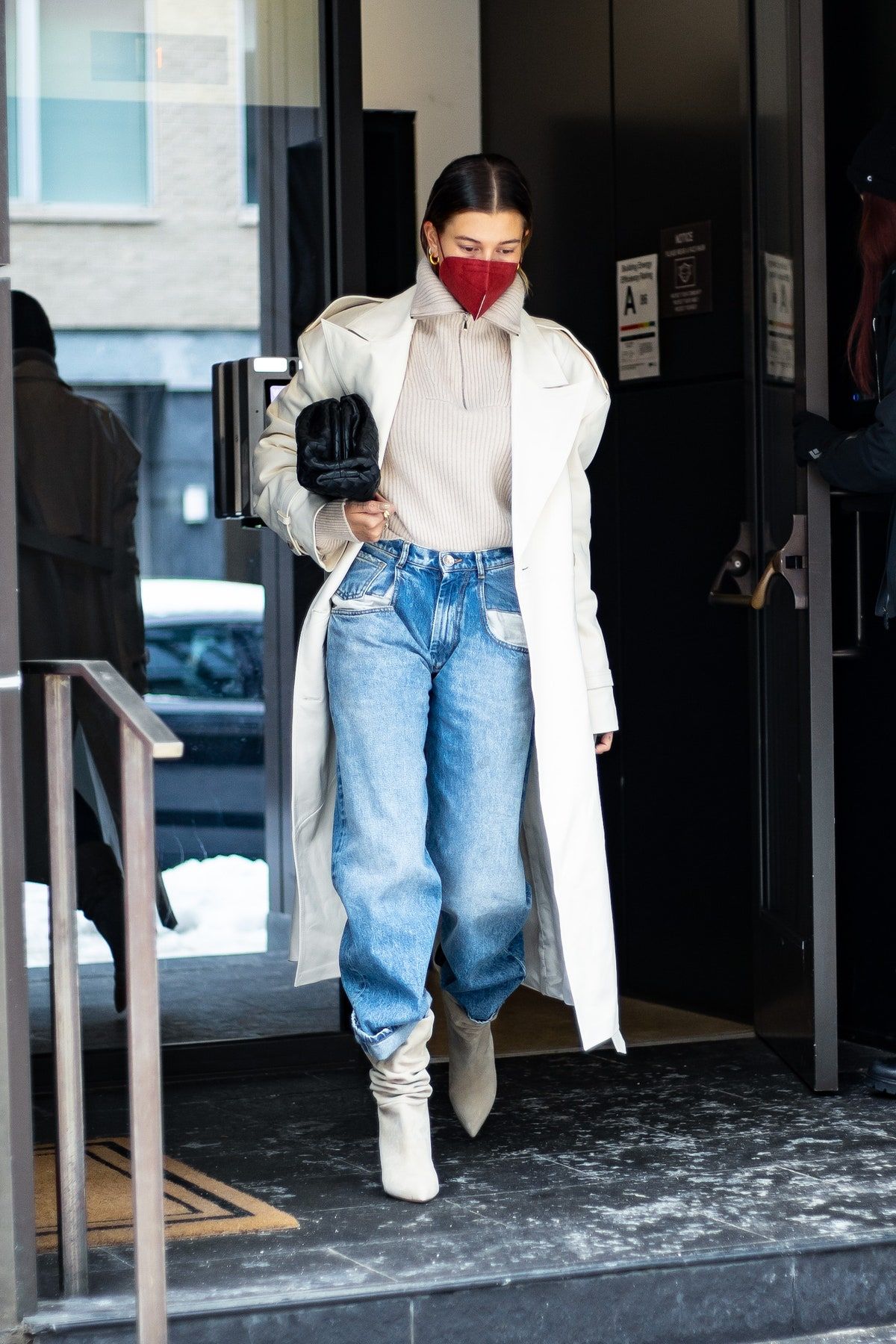 WHO: Hailey Bieber
WHAT: Magda Butrym and Maison Margiela
WHERE: New York City
WHEN: February 22 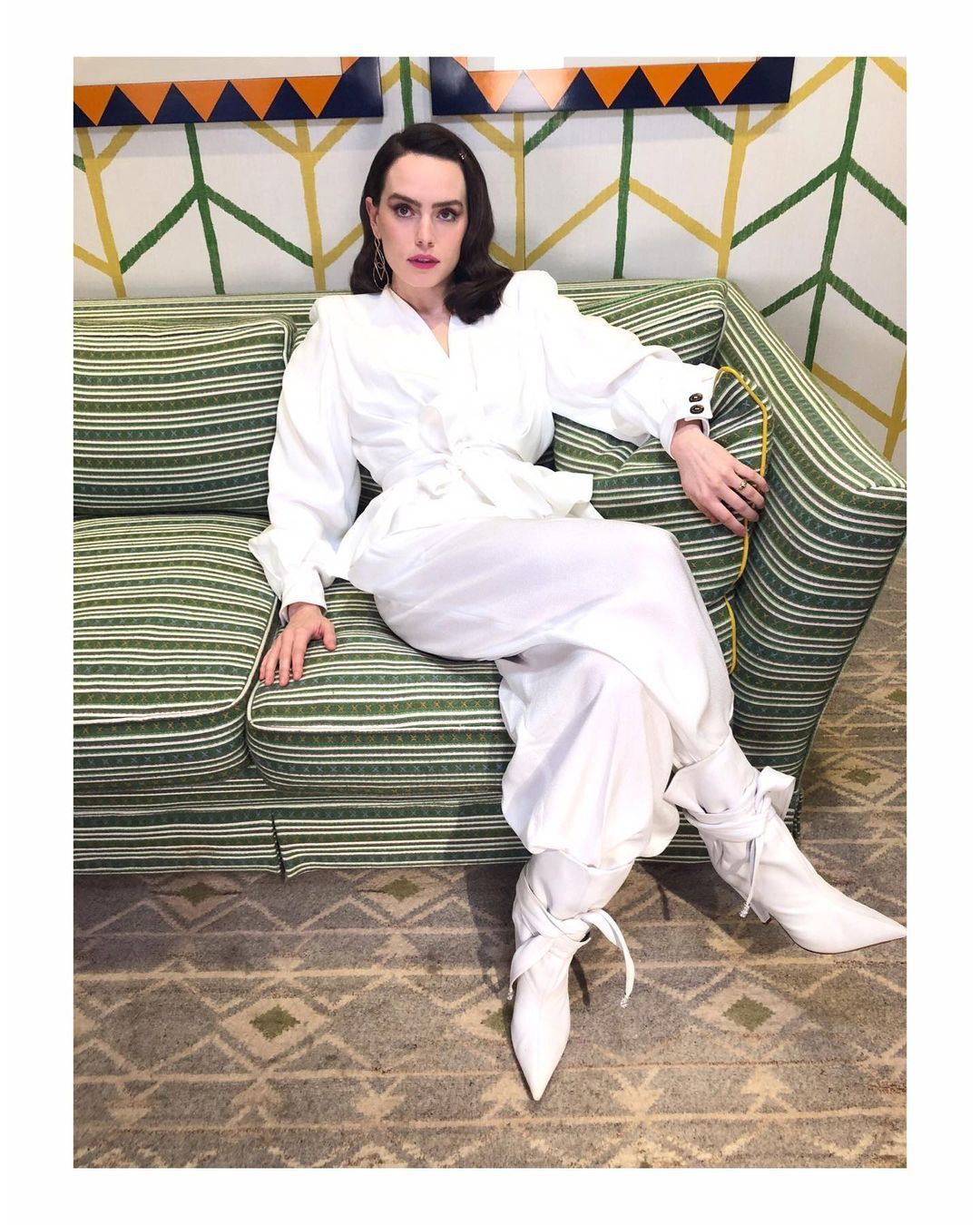 WHO: Daisy Ridley
WHAT: Alexandre Vauthier
WHERE: Instagram
WHEN: February 26 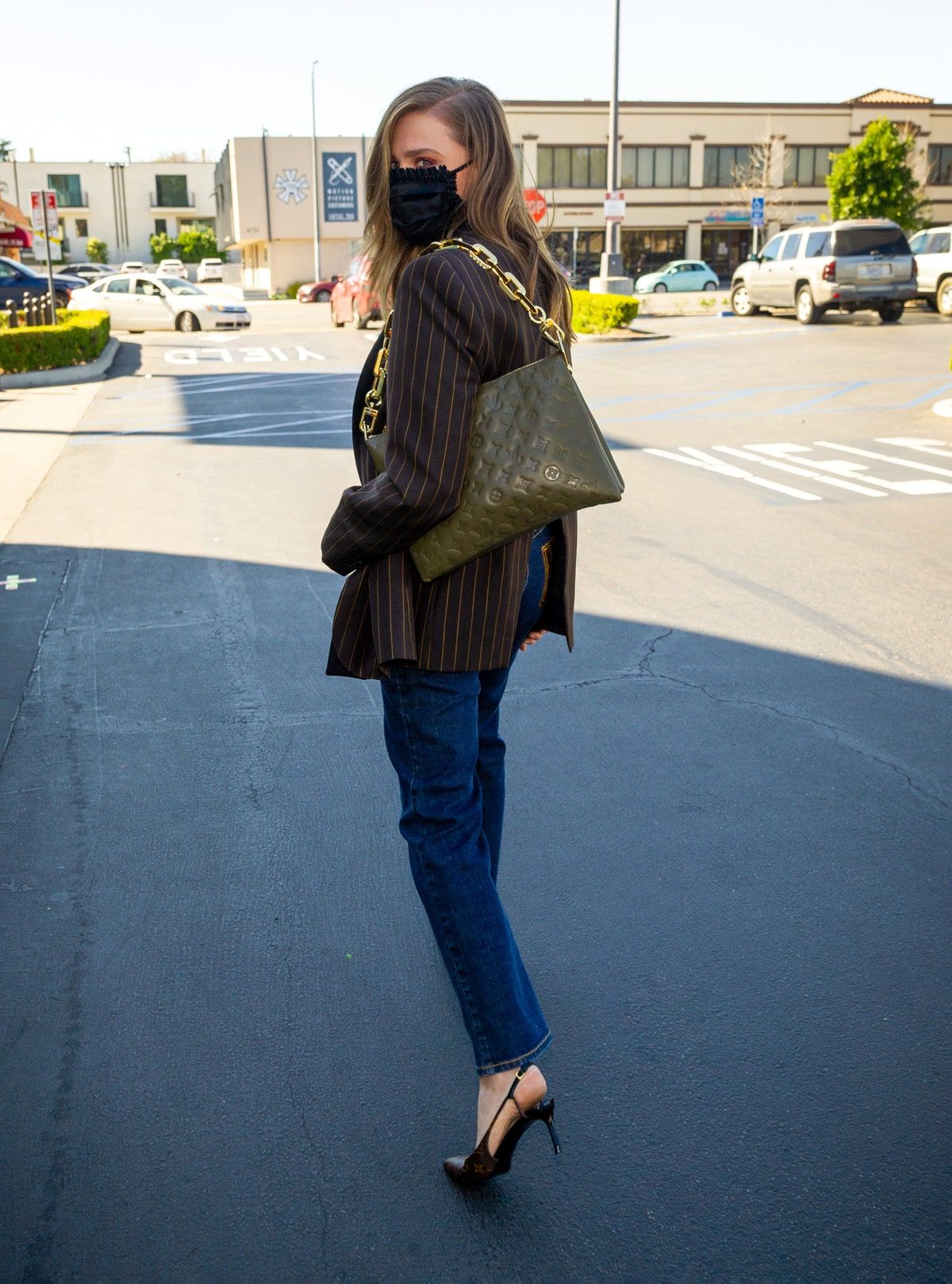 WHO: Chloe Grace Moretz
WHAT: Louis Vuitton
WHERE: Los Angeles
WHEN: February 24 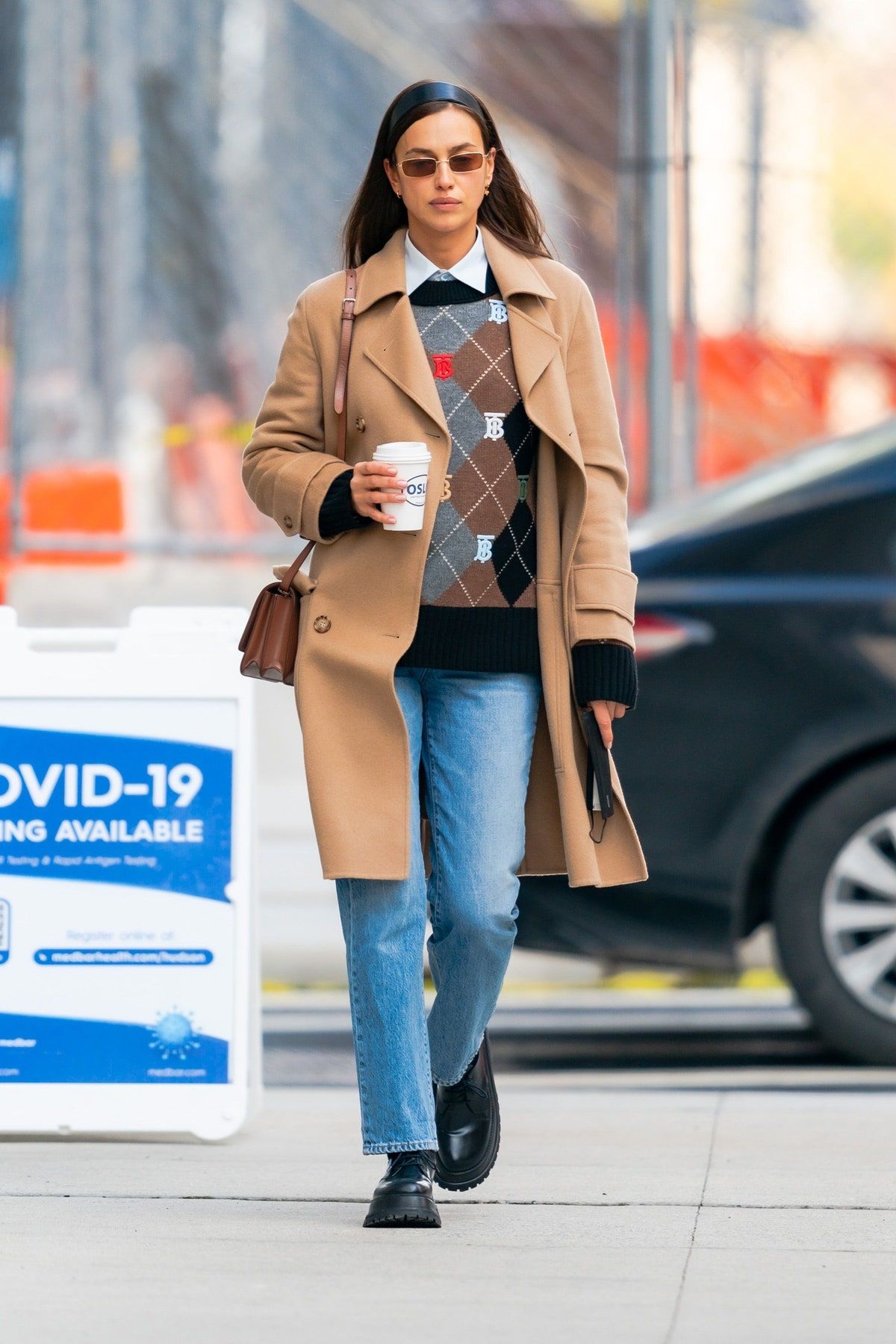 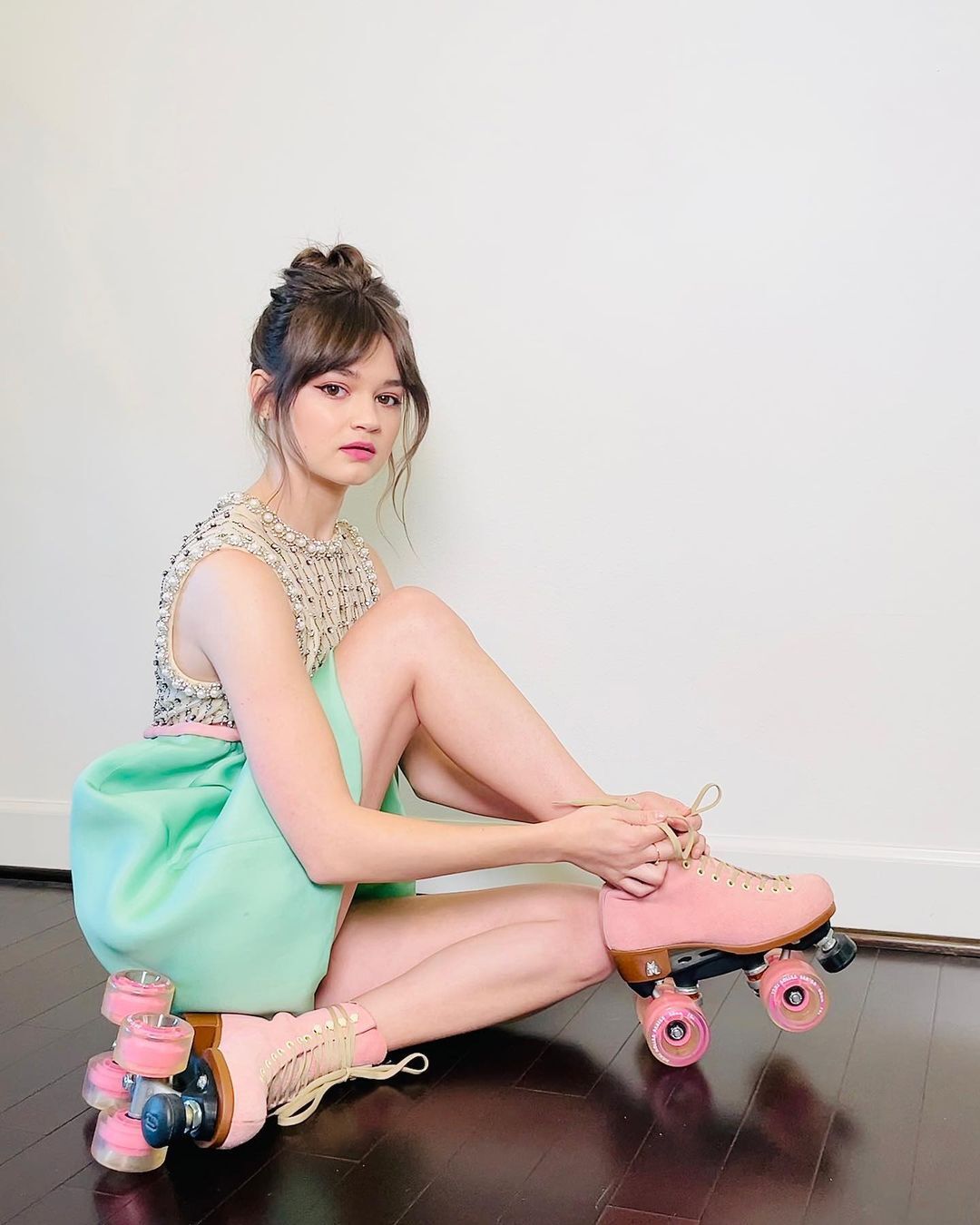 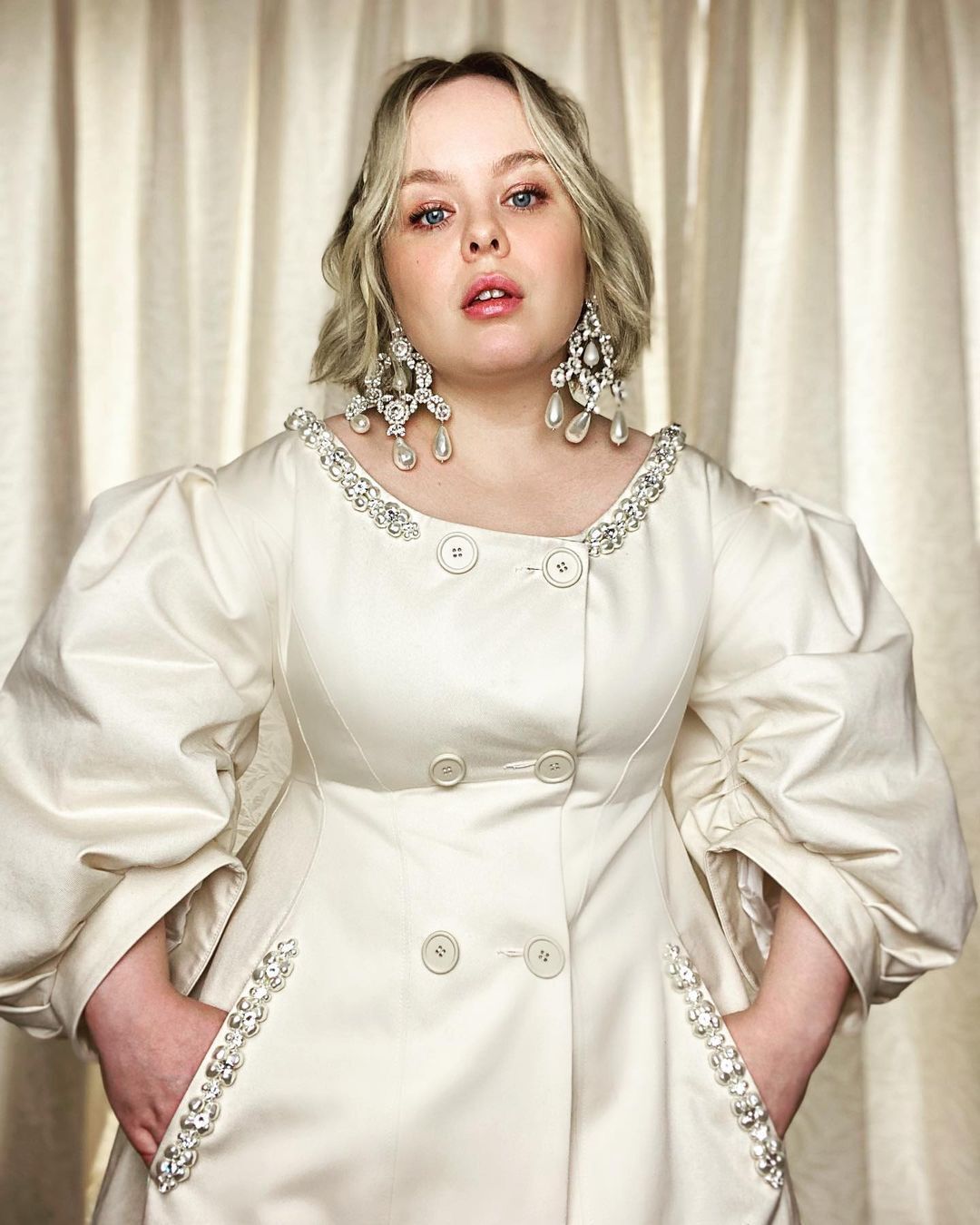 WHO: Nicola Coughlan
WHAT: Simone Rocha
WHERE: London Fashion Week
WHEN: February 23 WHO: Elaine Welteroth
WHAT: The Vampire’s Wife dress and Brother Vellies shoes
WHERE: The Talk
WHEN: February 25