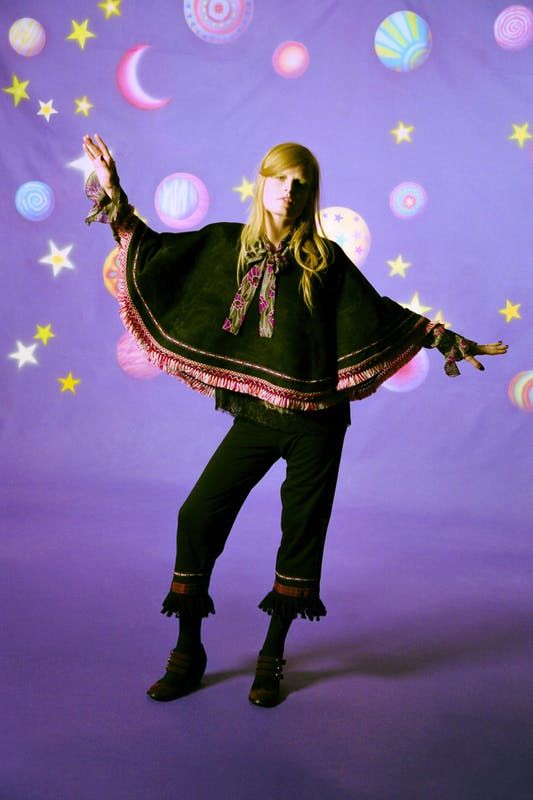 The designer takes us to a late '60s dreamland.

Anna Sui wants us to put away the loungewear and get properly dressed. After months of being confined indoors, the designer's "mind is awhirl with visions of the vibrant world that lies ahead," Sui says in the show notes. Inspired by the 1968 psychedelic film Wonderwall, which stars Jane Birkin, the designer's Fall/Winter 2021 collection looks to the future by celebrating the past.

Sui's frequent nods to the '60s are once again apparent, this time with a slightly gothic touch. Whimsical animal prints are presented alongside dark lace and cosmic references, and the flared hems, mini dresses, and fringe-trimmed capes are reminiscent of the French actresses and It Girls of the decade. A perfect escape for the current moment. 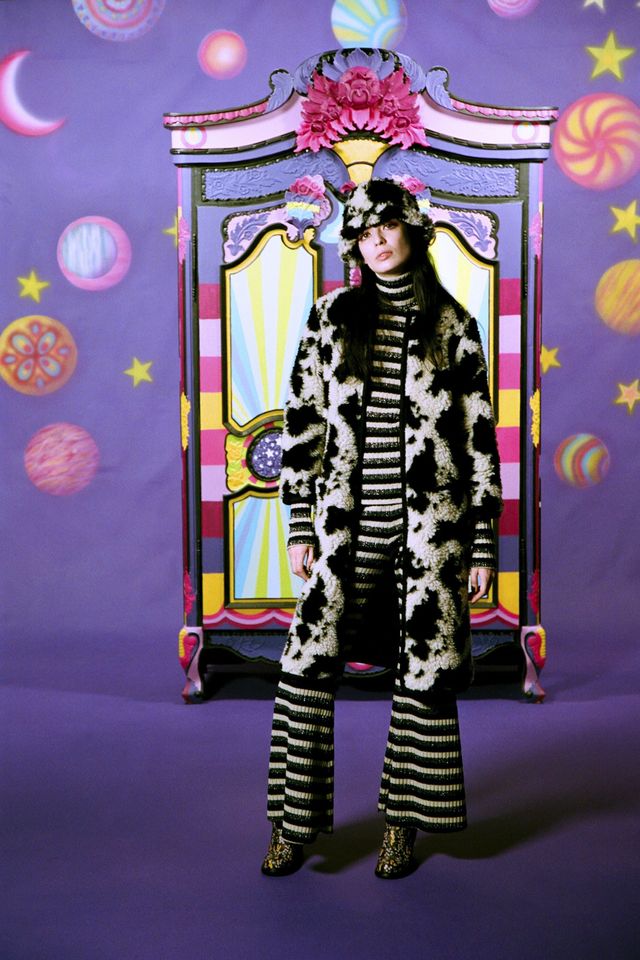 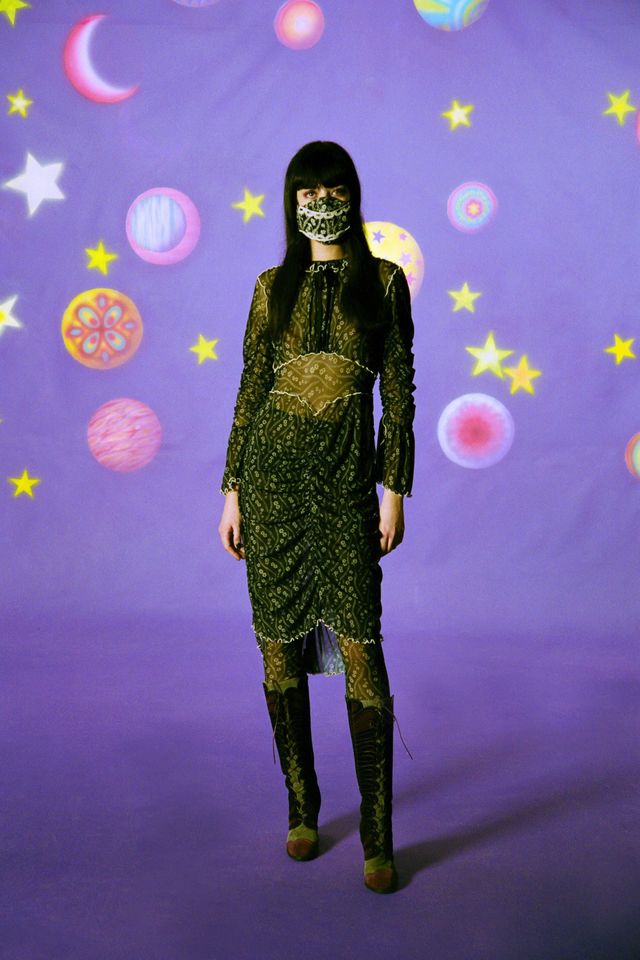 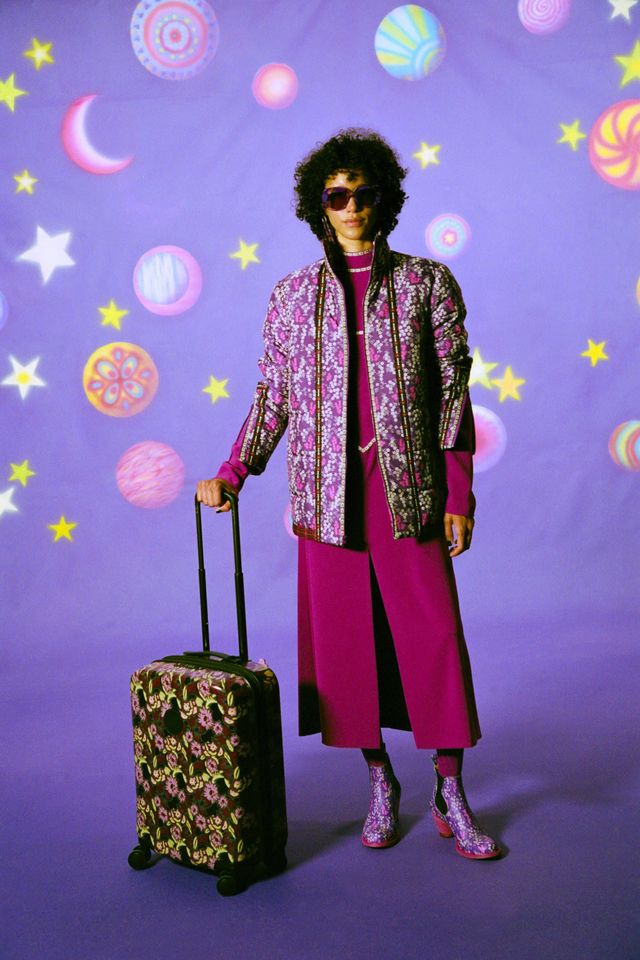 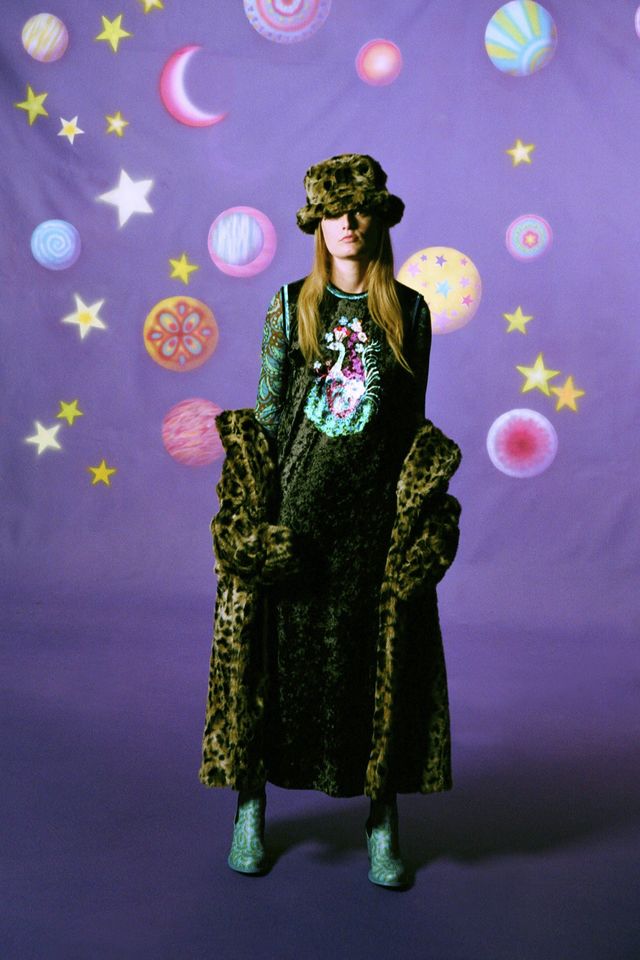