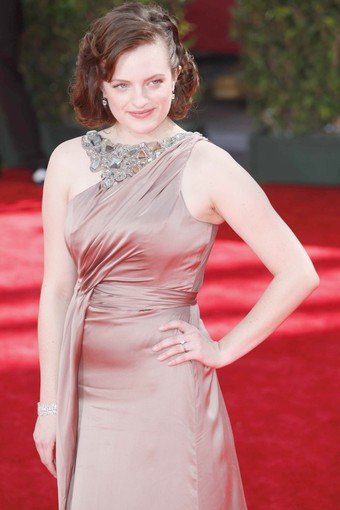 Some necks went bare, as did many single shoulders, but the dresses glittered.

The Emmy statuettes weren't the only lithe, gold figures at Sunday night's award show. Celebrities walked the red carpet in varying metallic hues, from warm gold and bronze to shimmery shades of silver and gray. While the look was metallic, it was anything but heavy. Tones were subtle, gown silhouettes were simple and jewelry was noticeably pared down.

In the downtown L.A. heat, a palette of pretty metallics made more sense than a dark, weighty gown that looked as if the wearer would need a wheelbarrow to get from the limo to her seat. 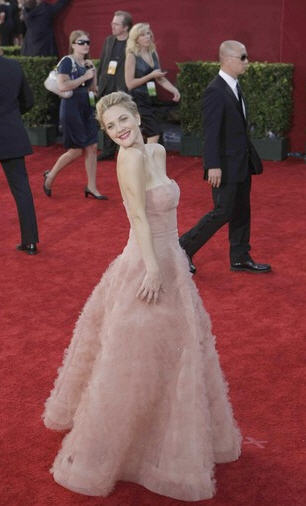 The skirt of Drew Barrymore's Monique Lhuillier gown seems to have been concocted in a cotton-candy machine. (Jay Clendenin, Los Angeles Times / September 21, 2009) 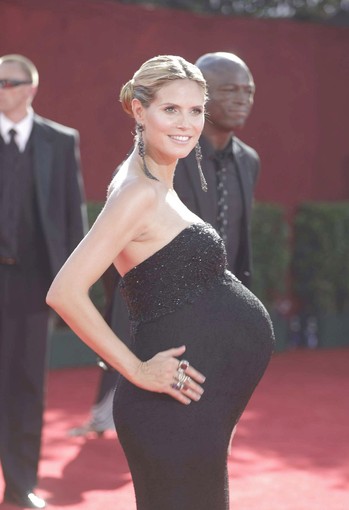 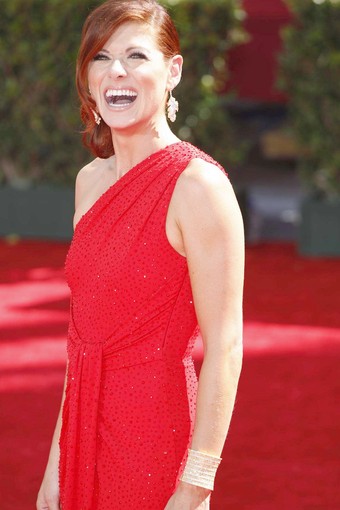 For those who wore bright colors, including Debra Messing in Michael Kors, red was the hue of choice.
Jay Clendenin, Los Angeles Times / September 21, 2009