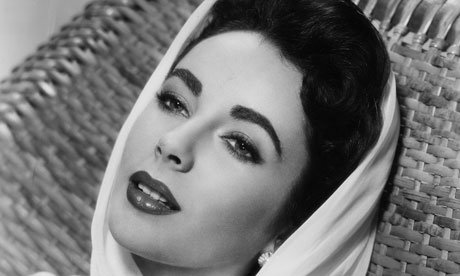 For a unique take on the world of fashion, sign up to the Guardian's fashion email and get all the latest news delivered straight to your inbox

Elizabeth Taylor died on Wednesday. And thus, despite it being rather sunny and nice outside the walls of Guardian HQ, our world became a greyer place. Such an event requires a fitting tribute, so we decided to compile a list of our favourite things about Liz:

1. She didn't give a hoot about society's expectations and was famously married eight times to seven men. The first was when she was just 18, to Conrad Hilton (Paris Hilton's great uncle), but the relationship lasted only a year. Her most significant relationship, however, was with Richard Burton - the love of her life whom she married (and divorced) twice. She liked her men rich, passionate and wild. "Marriage is an institution", she said, and for her, it really was.

2. She spoke her mind, once saying: "I don't think President Bush is doing anything at all about Aids. In fact, I'm not sure he even knows how to spell Aids." Brilliant.

4. "Big girls need big diamonds." Liz loved a bit of sparkle. Richard Burton bought her a 33.19-carat Krupp diamond for $305,000 (about $2m today). Then he followed it up with a Cartier diamond, bought for $1.1m. "I wanted that diamond because it is incomparably lovely," he said. "And it should be on the loveliest woman in the world. I would have had a fit if it went to Jackie Kennedy or Sophia Loren or Mrs Huntingdon Misfit of Dallas, Texas." That right there is what romance is all about, people!