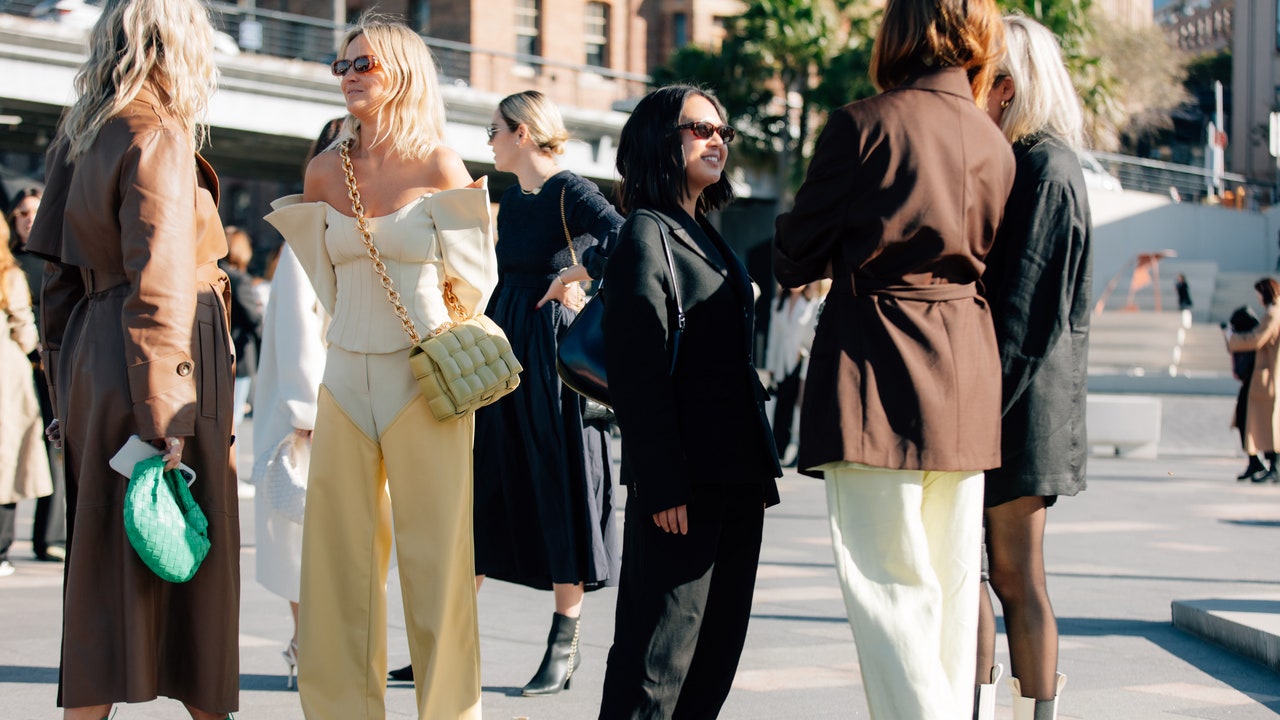 “Vogue” Australia’s Annie Brown sends a scene report from Sydney, where air-kisses are out but maskless runways are in.

“I think it’s the sounds of clothes I’ve missed,” a former newspaper colleague muses as we huddle in line waiting for the next show at Australian Fashion Week in Sydney. “You know,” he says, “the rustle rustles and the clack clacks.”

He’s right. In all the videos and “physical” fashion experiences we’ve had in this past strange and interesting year of fashion, it’s those small sounds that might not be captured. 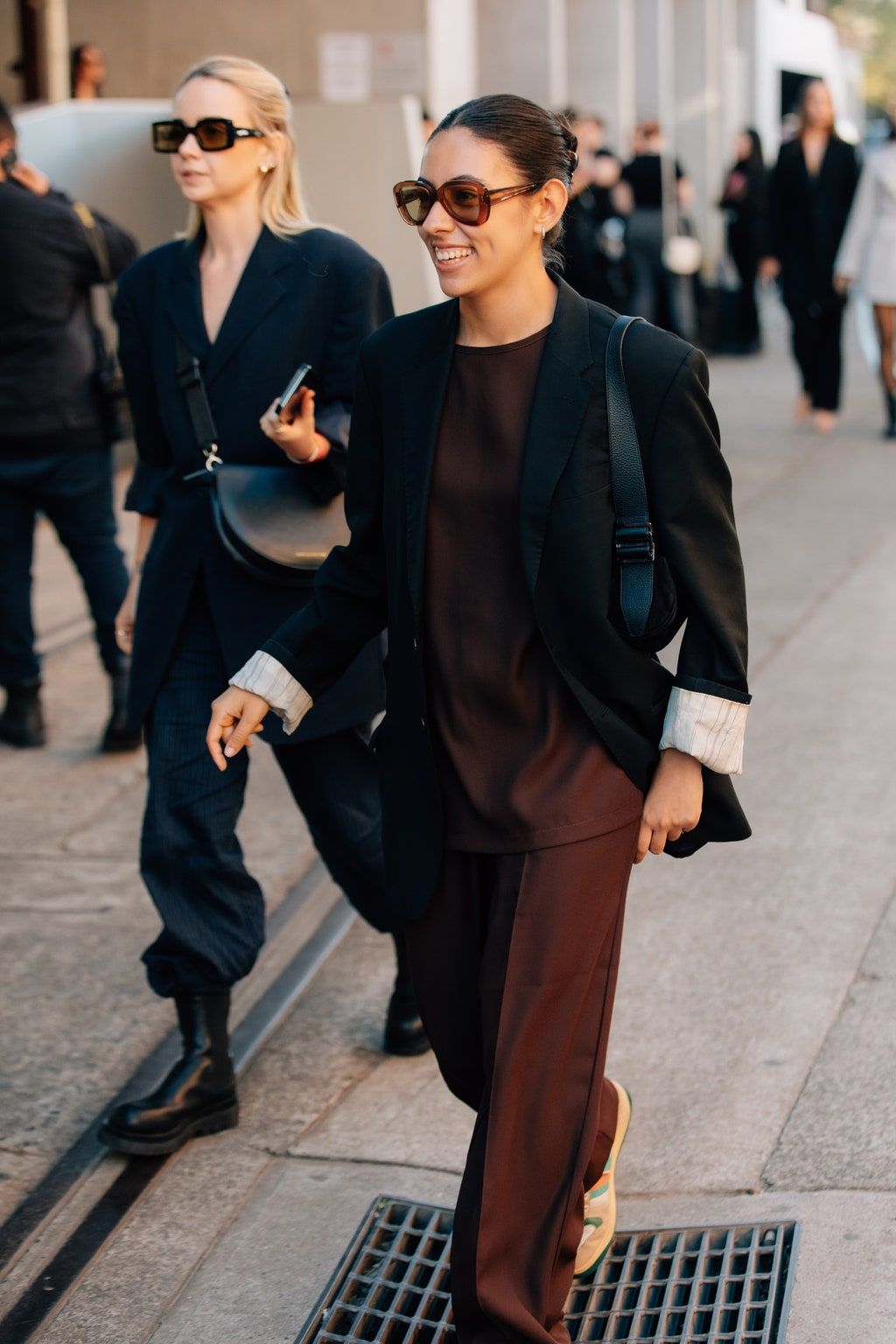 It’s winter and Sydney is the first on the international fashion circuit to be hosting Fashion Week as we know it. Well, as we sort of know it. While talk of Death of the Show may have been greatly exaggerated, fashion has shifted in this time of great pause. We expect both more and less from a fashion show, whether it’s in-person or virtual, and we want to see clothes that move us but also that we’d wear-hopefully ones that we’ll love forever. So being at a real-life fashion show is instantly exciting. 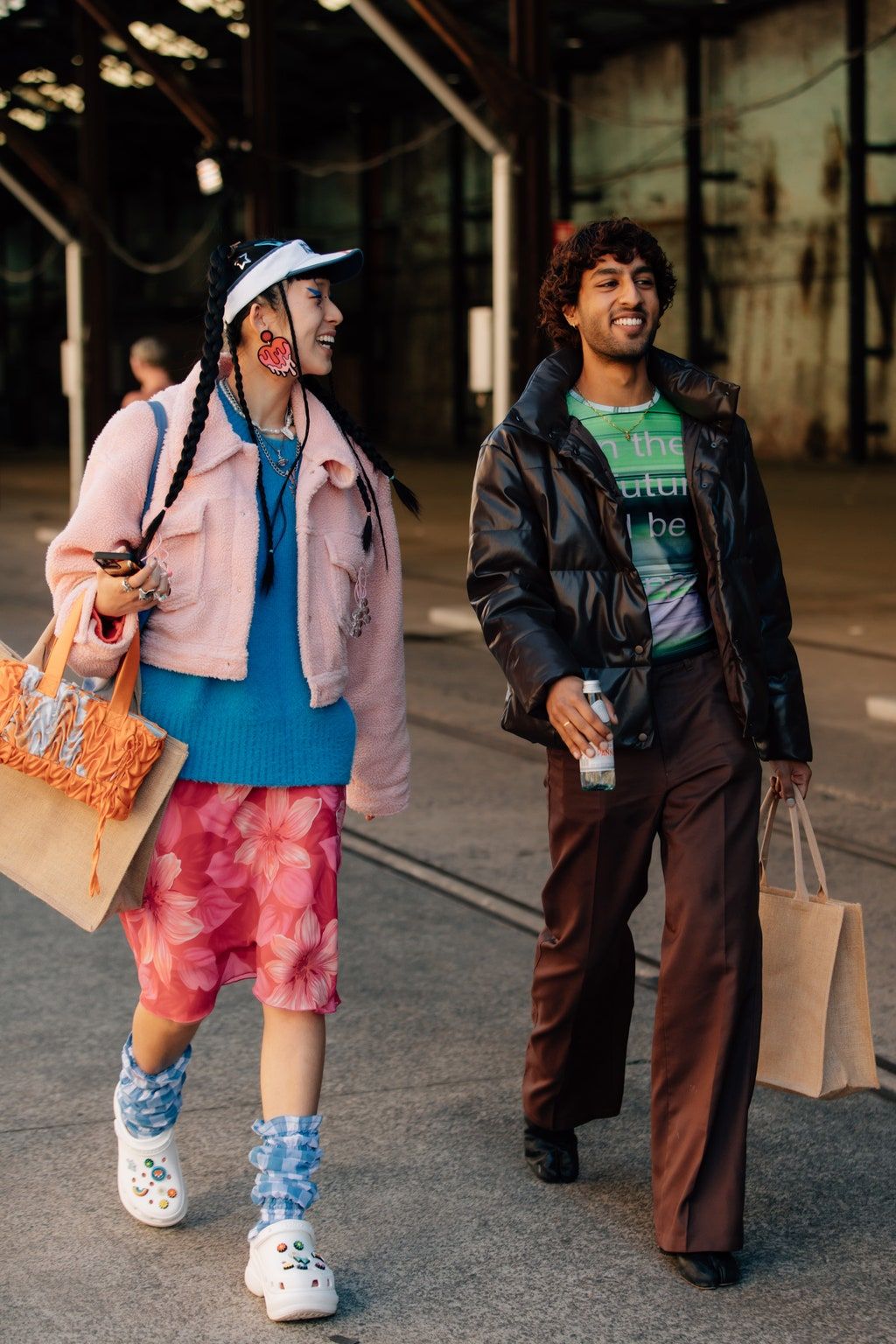 “I don’t feel quite so jaded,” a fashion editor acquaintance who has been on the circuit for a long time tells me as we grasp each other’s elbows with the fervor of those who haven’t had to make small talk for a long time. “Though,” she adds, “it is only 9 a.m. on Monday.” People do seem happy to be there though. It doesn’t feel quite so high-voltage and competitive as in previous seasons-that mindset doesn’t make sense now. There seems to be less peacocking too, and more people wearing their own clothes with personal style shining through. The conversations around inclusivity and diversity that have ramped up this past year do seem to be making headway, with most shows having models in a range of sizes, race, genders, and ages. Others tap into the conversations around the shifting of the delivery of collections into a time frame that makes sense, including the see-now-buy-now model or thoughtful, sustainable production. 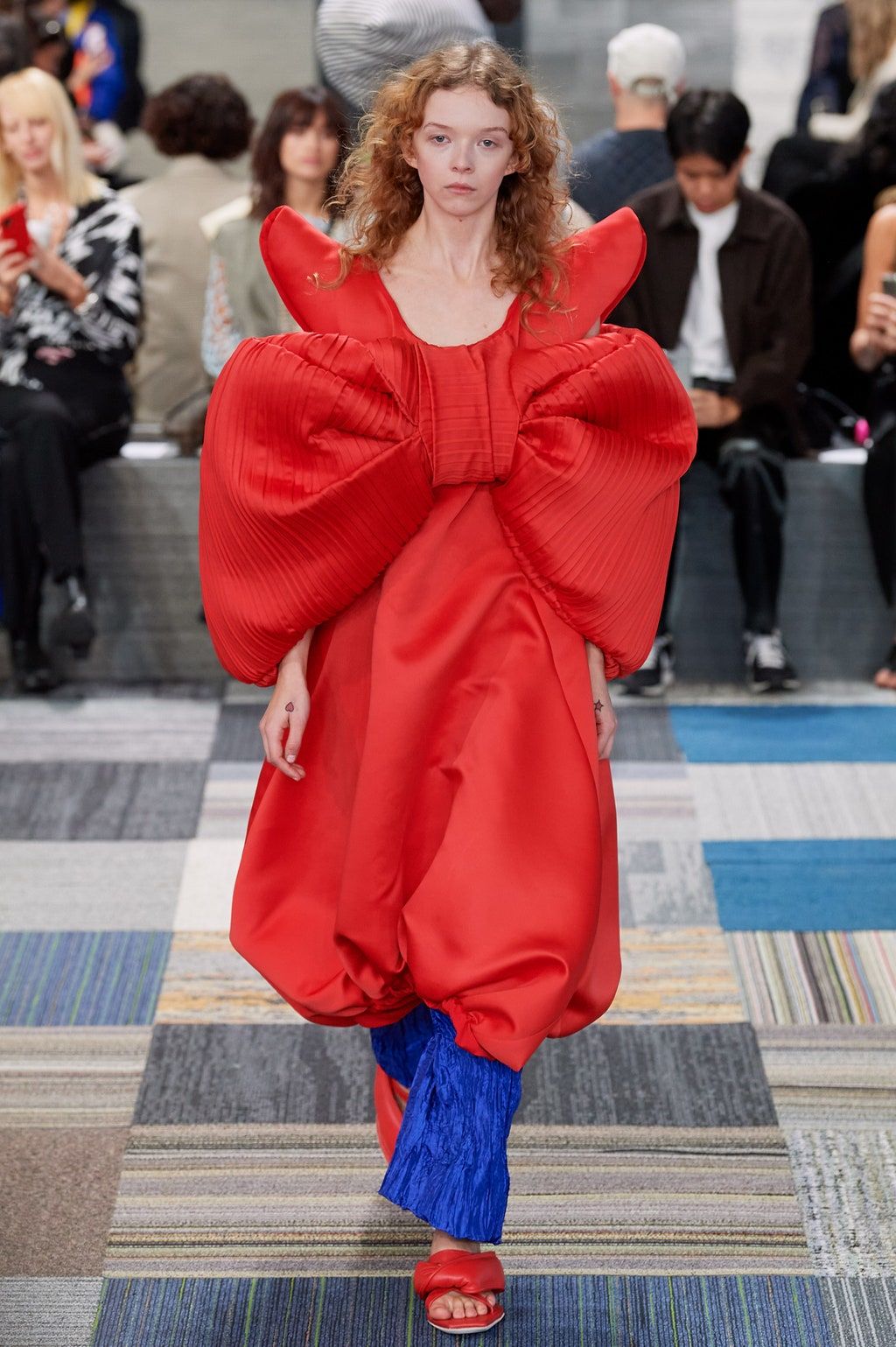 But soon we’re reminded of the luxury of having only small complaints. Of having sore feet because we’re out of practice in heels or about all of the waiting-either in lines or for your driver or for a show that hasn’t started because the whisper down the line is that the models aren’t even dressed yet and it’s already way past your bedtime.

Things aren’t quite back to normal, anyway. Perhaps just the new normal. Last week, days before Australian Fashion Week was due to start, a COVID-19 flare-up in Melbourne locked out some editors, buyers, and influencers. Some made a last-minute sartorial mercy mission to make it into Sydney, before the state borders were shut. Others, like a pregnant friend who lamented that she was missing her “equivalent of the Super Bowl,” stayed put. There are mandatory temperature checks and QR code check-ins using the government apps before shows, a now commonplace post-COVID-19 tradition across the country. A housekeeping email sent around the weekend before the shows began discouraged kissing hello. Can Fashion Week without kissing even be the real deal? Some attendees wear masks, but largely it’s a mask-free event. 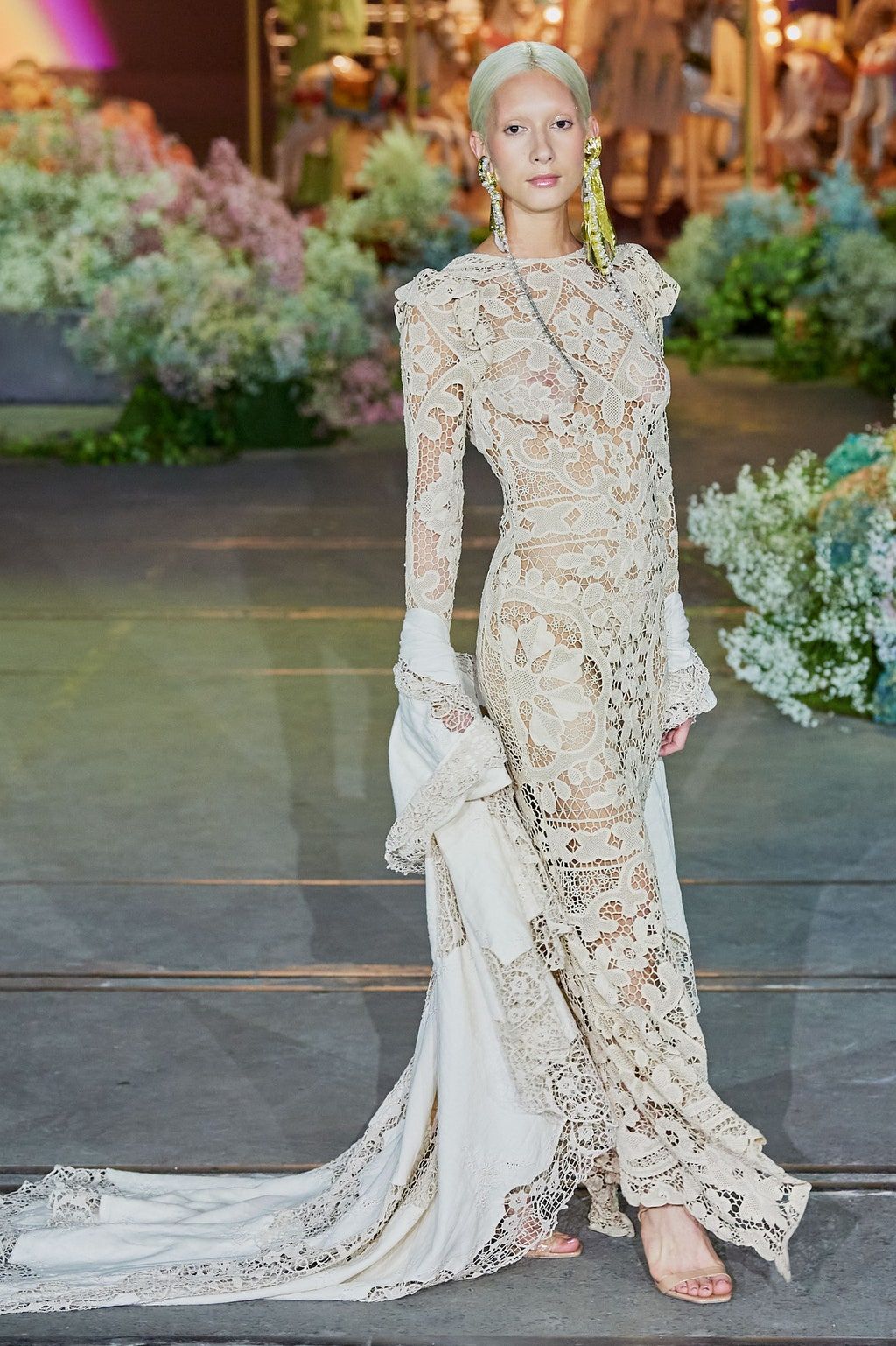 Everyone, it seems, is thrilled to be there and to not be FaceTiming into another market appointment or watching an atmospheric fashion film on the couch in their sweatpants.

You sure could save a lot of everybody’s precious time if every show was a video, but then you wouldn’t have the magic. The inimitable fashion editor Diana Vreeland once said of a Balenciaga presentation that it had “everyone...going up in foam and thunder.”

I’m reminded of this with newcomer Jordan Dalah’s beautifully challenging puffed-up proportions and the Commas show held on Tamarama Beach just as the sun was coming up, with models wading through the water in dreamy silk shirts. I felt this especially so when Romance Was Born, their show always a riot of joy, introduced that most hopeful of ventures: a bridal line.

The dresses, tiered and lush, were modeled by diverse and nonbinary models and made with upcycled fabrics, including duvet covers and wedding veils. What could be more hopeful than a reminder that despite everything, life and love will go on and that it’s for everyone? Experiencing this with the fashion pack and being dressed for the occasion, well, that felt like a cherry on top.