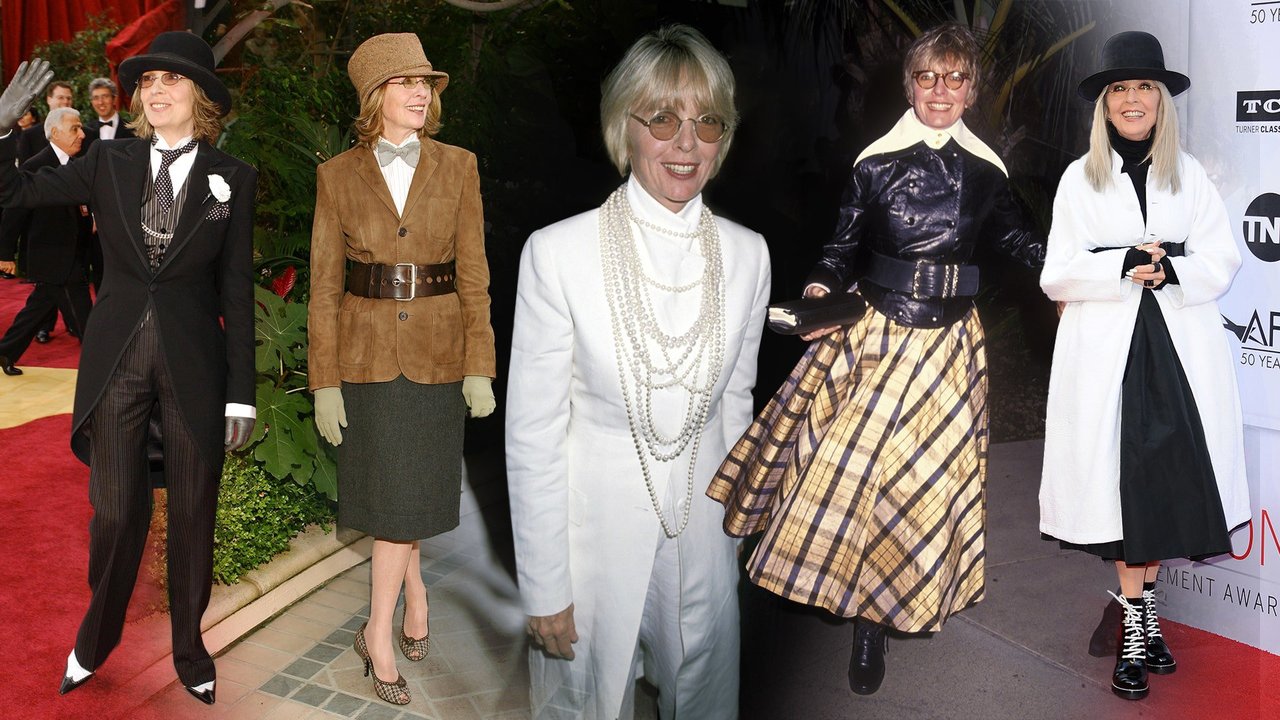 Happy birthday, Diane Keaton! The Hollywood star, who turns 75 today, is still at the top of her fashion game after five decades in the spotlight.

Since the beginning of her career in the 1970s, the actor has cultivated a timeless look that is completely unique to her-and her style, full of tailoring and voluminous skirts, has only gotten better with age. If Keaton were a wine, she'd be a smooth, $500 bottle of Merlot.

Her devotion to neutrals grounds her outfits: you’ll rarely find her in anything other than black, white, beige, or gray. Though her color palette has stayed minimal, her classic look remains fresh thanks to her love of dramatic details. Her go-to pieces include extra-wide belts, high-waisted pants and full skirts, and of course, her dramatic chapeaus. (Back in September, she even stepped out in a baseball cap that spoke to the times: it read, “Vote bitches.”) These days, Keaton will often wear experimental labels such as Thom Browne and Comme des Garçons, favoring theatrical silhouettes that make up for her lack of color. It takes a special style skill to make an all-camel suit pop, but Keaton does it effortlessly, thanks to her interesting layering and proportioning.

A look back at Keaton’s red carpet style, however, shows that her innate eye for fashion has always been present and ahead of its time. Recently, Keaton revisited some of her favorite fashion moments from years past on Instagram, and shared that her love of style goes way back. “Even when I was young, I was way into fashion,” Keaton says in the video. “My mom and I used to pick out patterns, and then I’d tell her what I wanted, and she’d do it for me.” In the early days of her acting career, Keaton always stuck to her own visions. In a sea of glitzy gowns, Keaton would rather stand out in a spiffy suit instead.

At the 2004 Oscars, for instance, she showed up in a Ralph Lauren suit. The evening jacket had tails, and she accessorized it with wingtip shoes, a bowler hat, and even a tie, which nodded her character’s iconic style in 1978’s Annie Hall. The look went on to land her on many worst-dressed lists, but in our hearts, it’s actually one of the best-give it a golden trophy! Another winning look was in 1994 at a screening of Amelia Earhart: The Final Flight. Keaton showed up in a long, white evening coat with a high neckline, finished off with strands of pearl necklaces. The effect was cool rather than costumey.

Feeling inspired by these inimitable outfit choices, Vogue is looking back at special Keaton looks that stand the test of time. Below, five of the star’s ensembles that feel just as fresh today to help you channel some of her fashion energy. It’s 2021-just go for it! 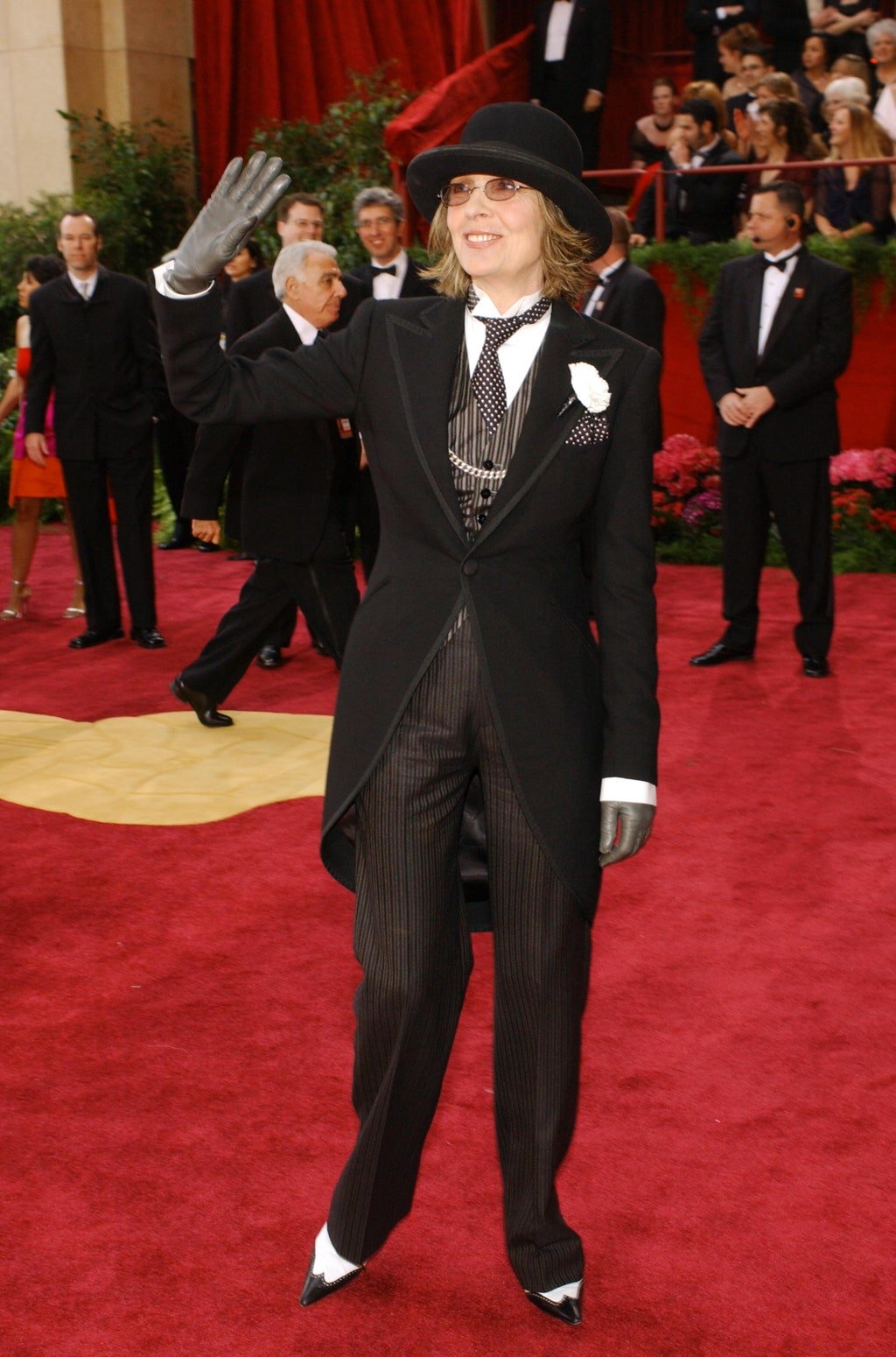 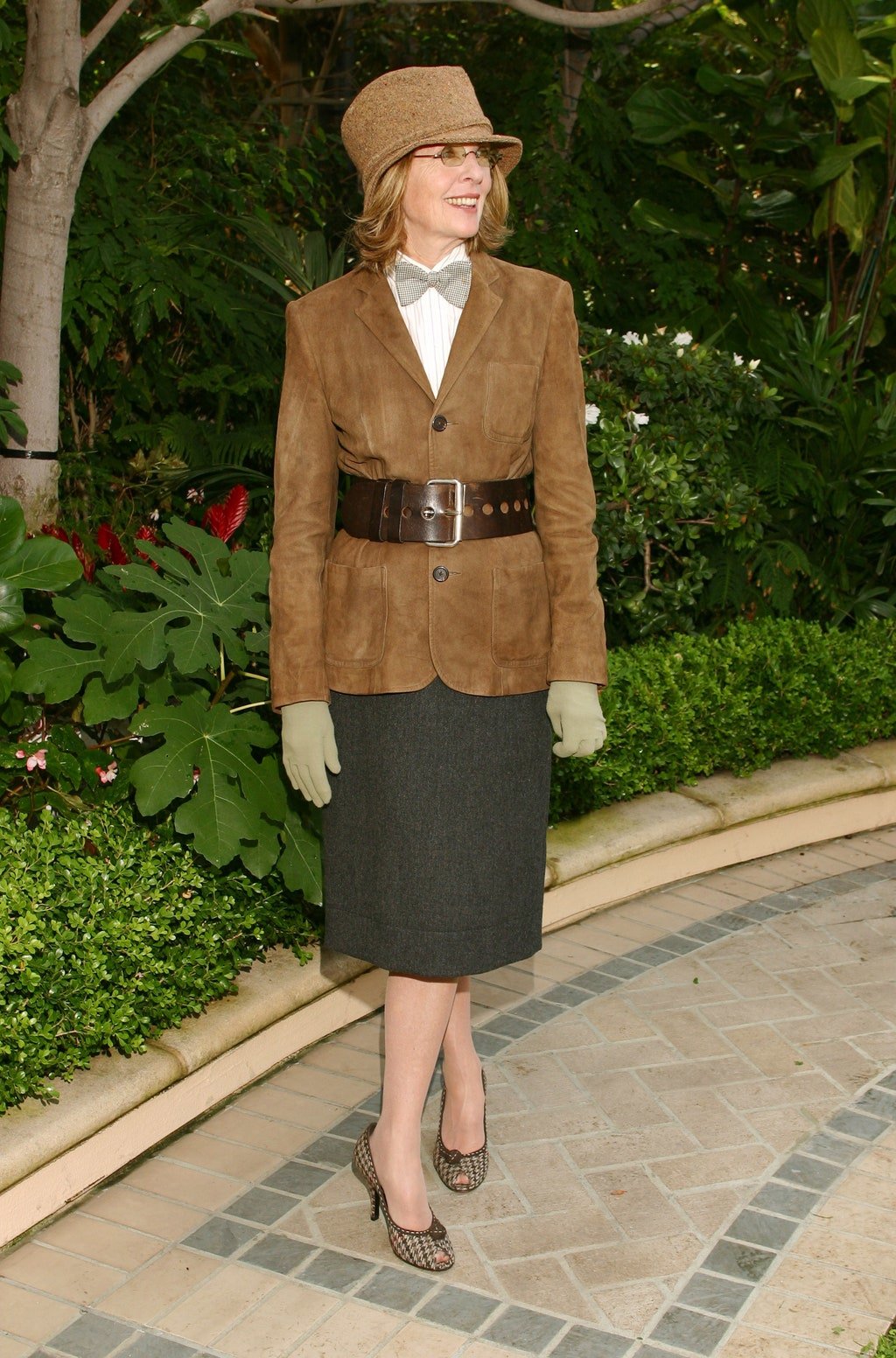 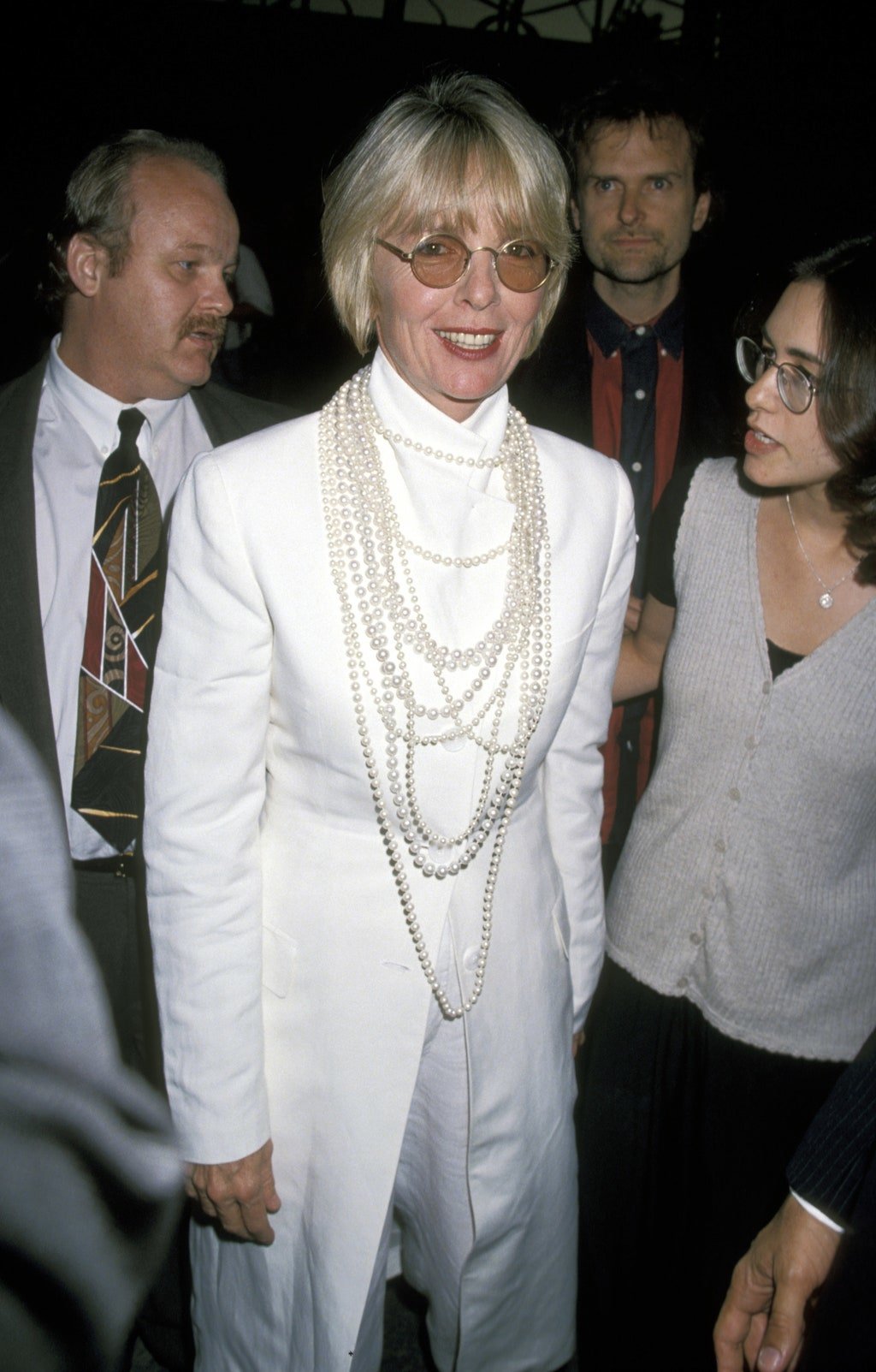 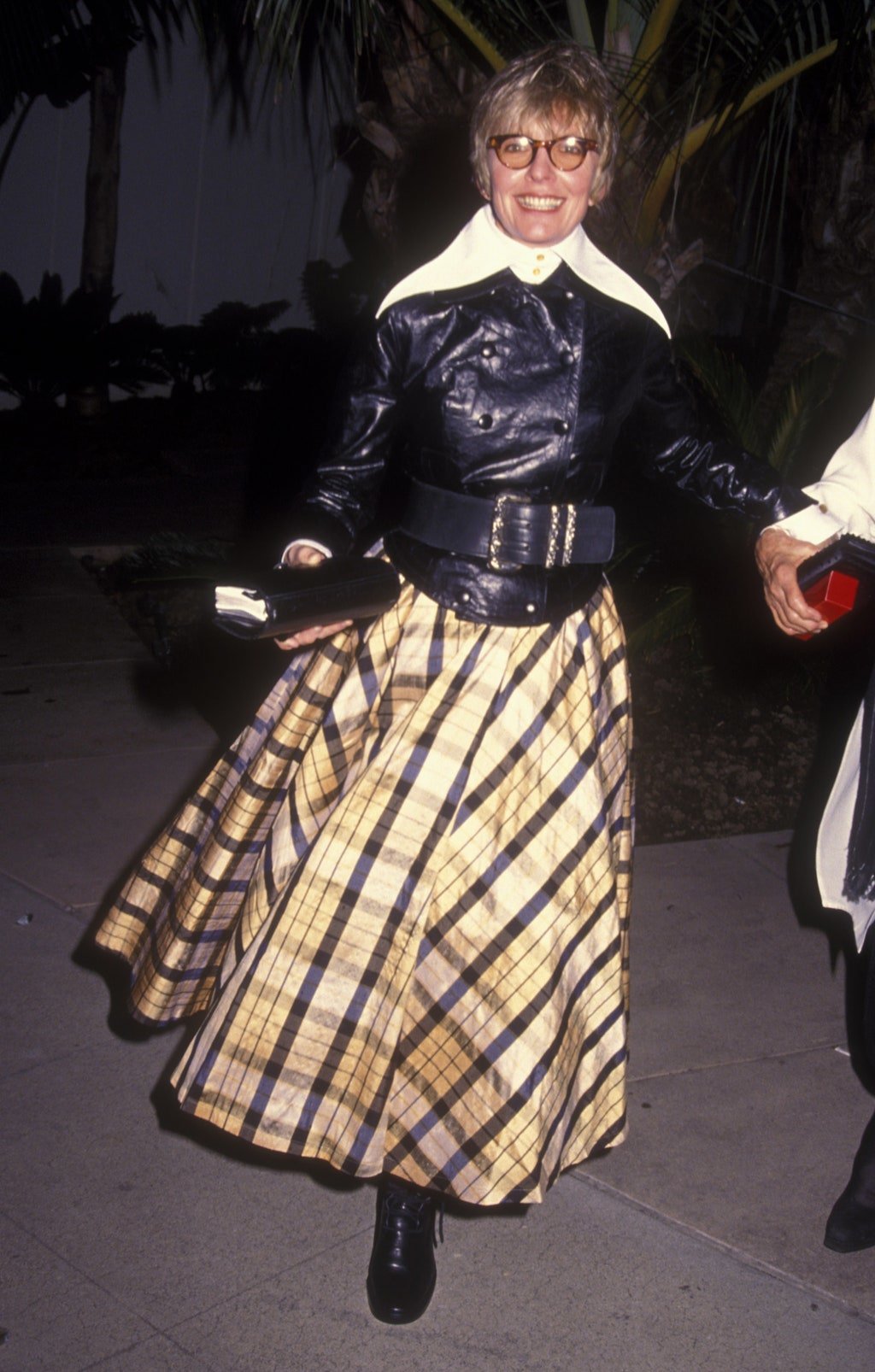 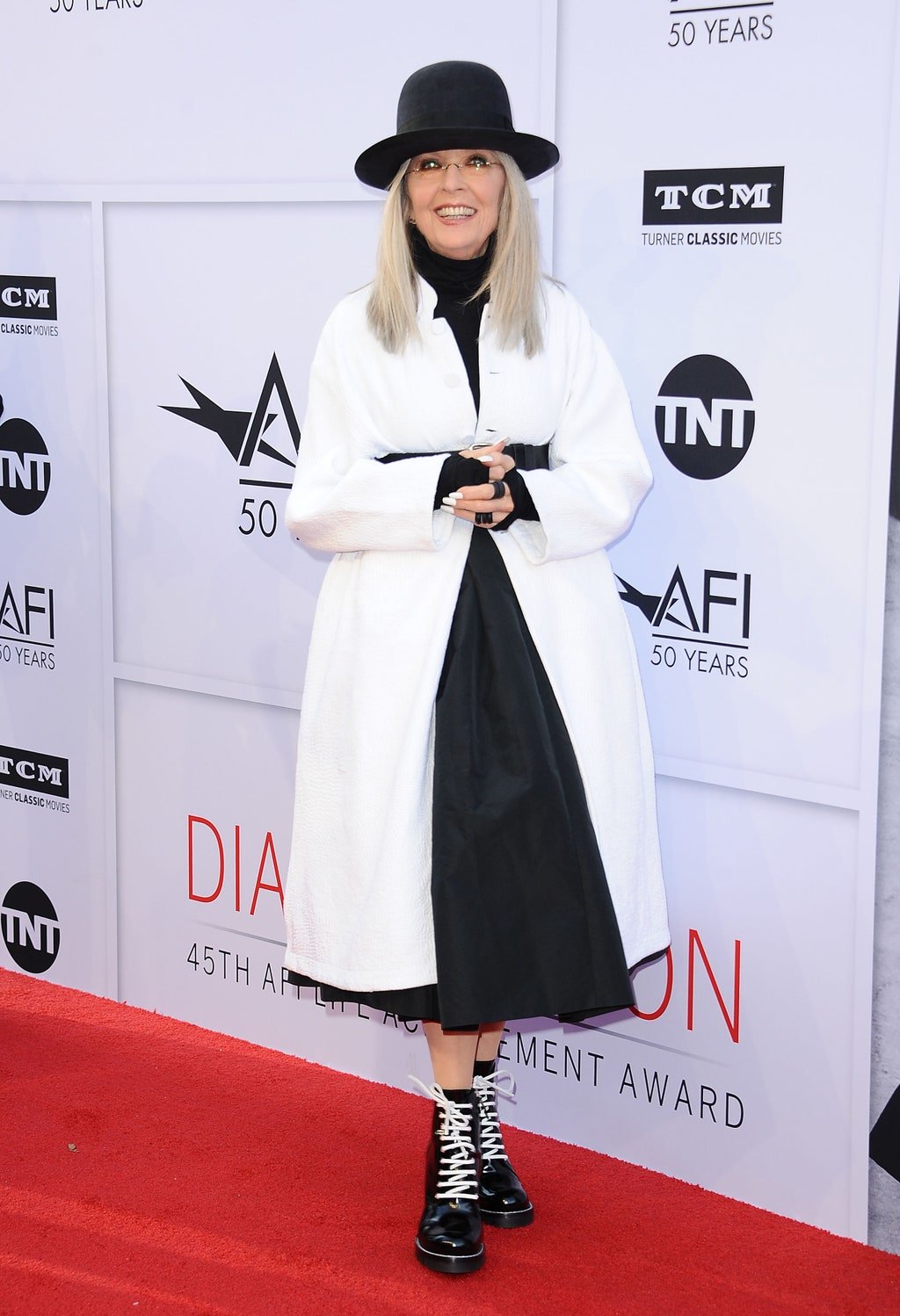