When everyone else was going for big gowns, these stars went in the opposite direction.

Between the Cannes Film Festival’s closing ceremony, the amFAR gala, and in-person premieres of multiple television shows, the last few days have provided plenty of excuses for celebrities to dress up. While you couldn’t throw a stone without hitting a big ballgown last week, traditional eveningwear wasn’t the only story. Several stars went in the opposite direction, preferring to step out in unexpected pieces from indie designers and the moment’s essential ready-to-wear collections.

Timothée Chalamet delighted the internet when he arrived at the premiere of Wes Anderson’s The French Dispatch in a custom suit by Tom Ford. Iridescent silver with a slim-cut silhouette, Chalamet’s outfit showcased the individualism that has made the actor a fashion it-boy. Few performers-or models for that matter—could have pulled off such a statement color or skin tight fit.

Chromatic accents were trending. As a Louis Vuitton muse, Noemie Merlant spent the bulk of the festival wearing Nicolas Ghesquière’s designs. Still, it was the sequin-flecked brocade cocktail dress that the director wore to the premiere of Aline that stood out. Equally appealing was the neon-tipped piece from Daniel Lee’s pre-fall 2021 collection for Bottega Veneta that Mati Diop selected for The French Dispatch screening. With its knit texture and long sleeves, the mock-turtleneck dress seemed like your standard LBD, but the peek-a-boo cutouts and reflective pom-pom accents just below the knee were a playful surprise that elevated the entire look.

Elsewhere, the fashions were colorful and lighthearted. In London, The Crown star Emma Corrin celebrated the opening of their play, Anna X, in a look from Central Saint Martins graduate, Feben. Corrin’s trompe-l’œil sweater mimicked the look of a pinstripe blazer, but its cozy qualities reveal themselves upon closer inspection. Likewise, you might not have noticed the miniature race cars that covered the Casablanca suit Dua Lipa wore while vacationing in Mexico. The accents gave her pastel separates a lighthearted energy that Lipa immortalized in multiple selfies. 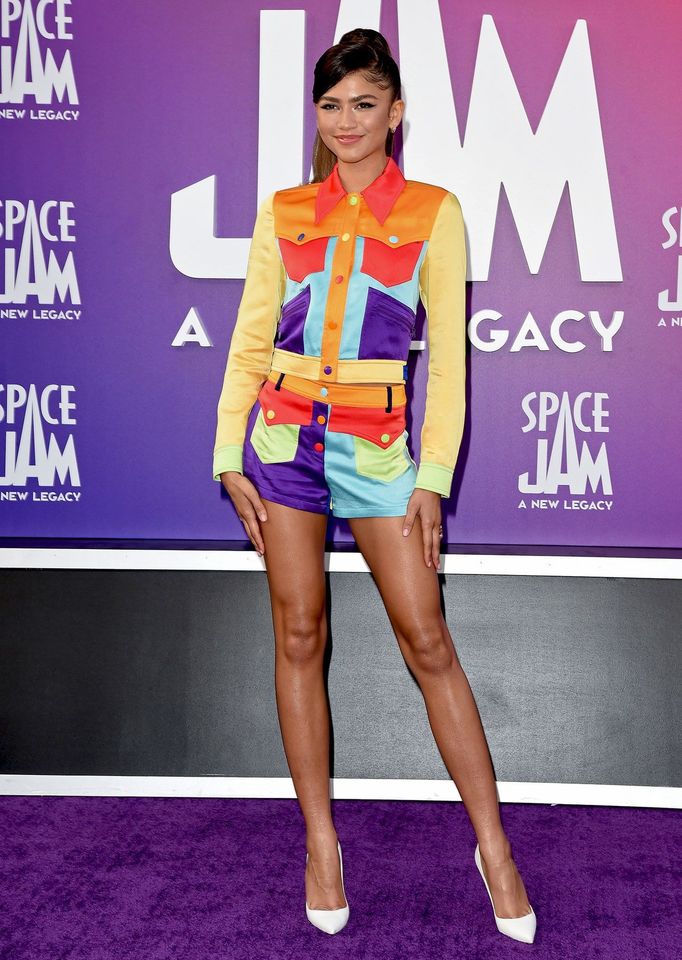 WHO: Zendaya
WHAT: Moschino
WHERE: Space Jam: A New Legacy Premiere
WHEN: July 12 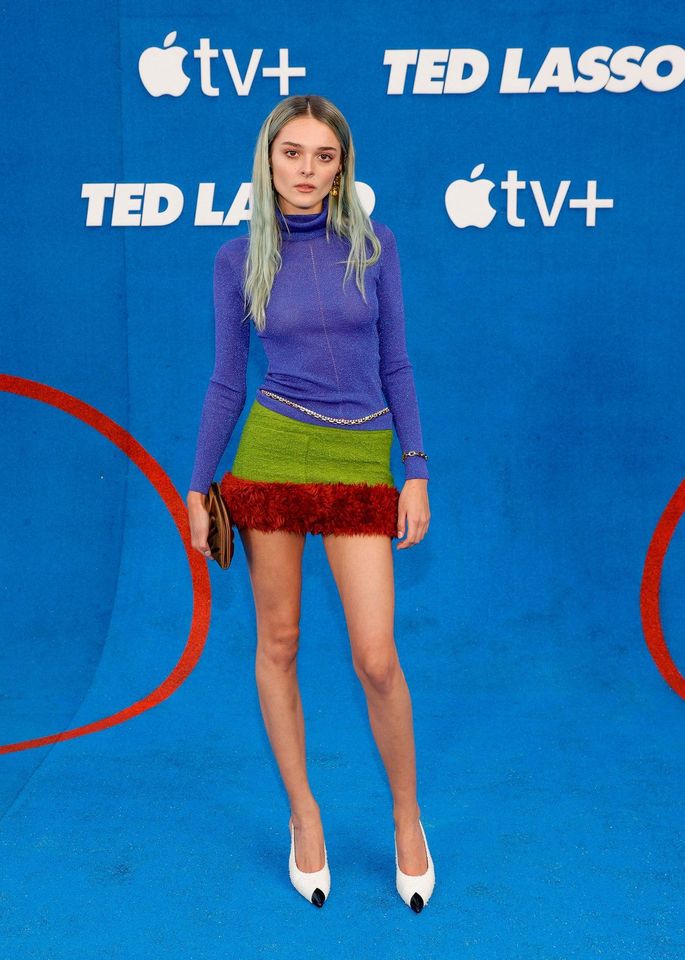 WHO: Charlotte Lawrence
WHAT: Saint Laurent
WHERE: Ted Lasso Season 2 premiere
WHEN: July 15 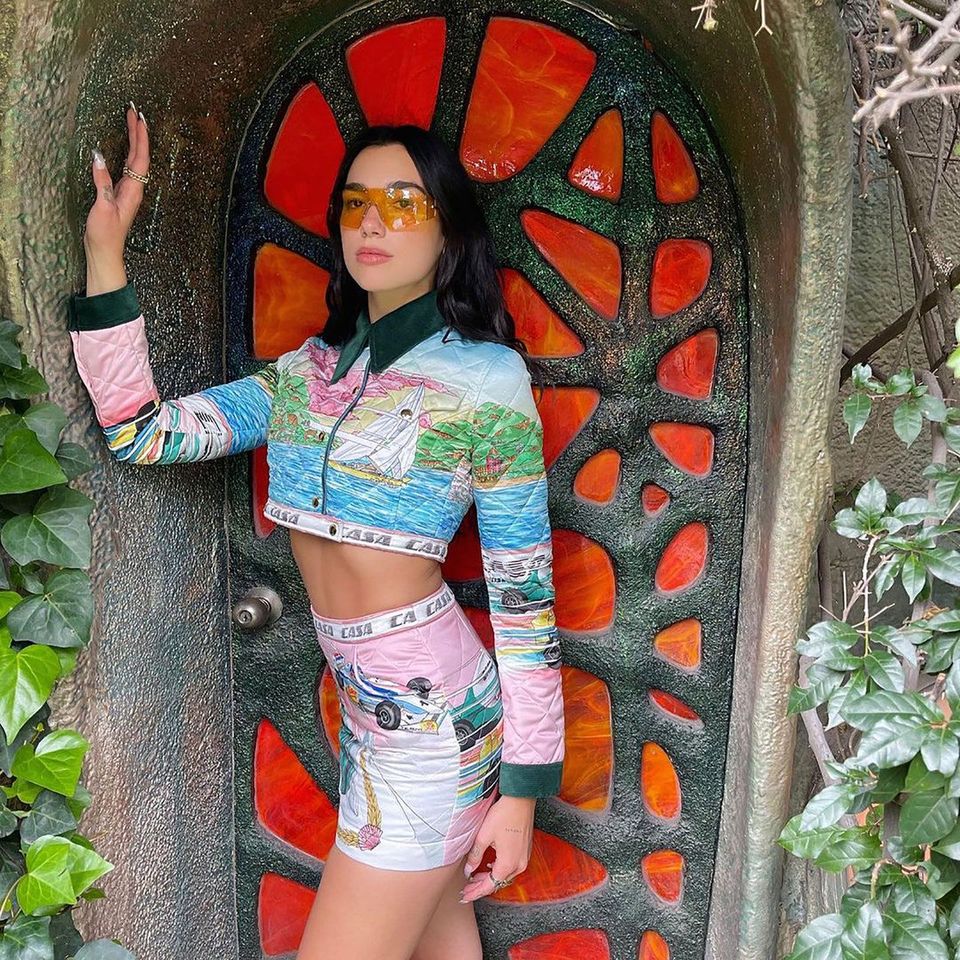 WHO: Dua Lipa
WHAT: Casablanca Paris
WHERE: Instagram
WHEN: July 17 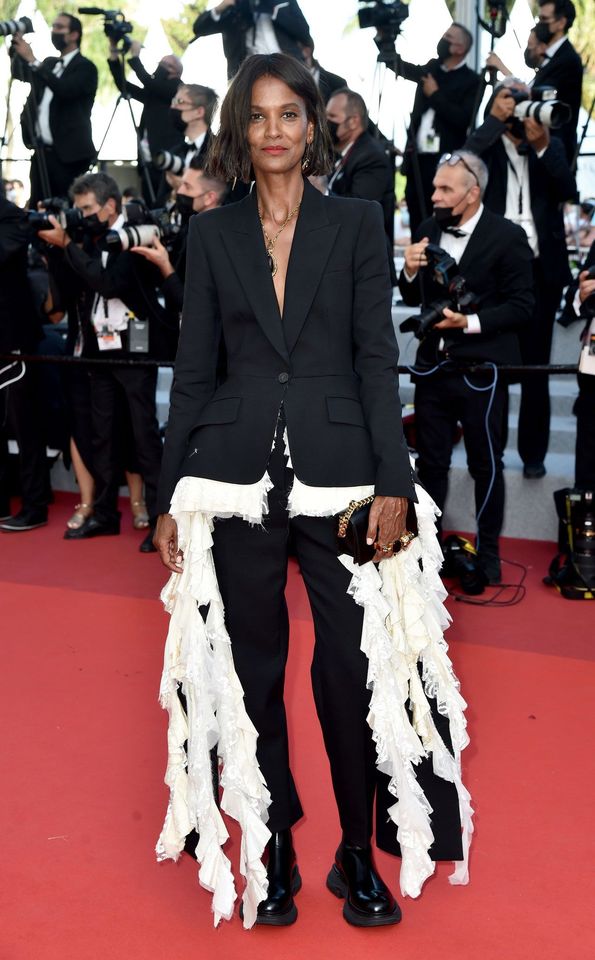 WHO: Liya Kebede
WHAT: Alexander McQueen
WHERE: From Africa with Love screening
WHEN: July 17 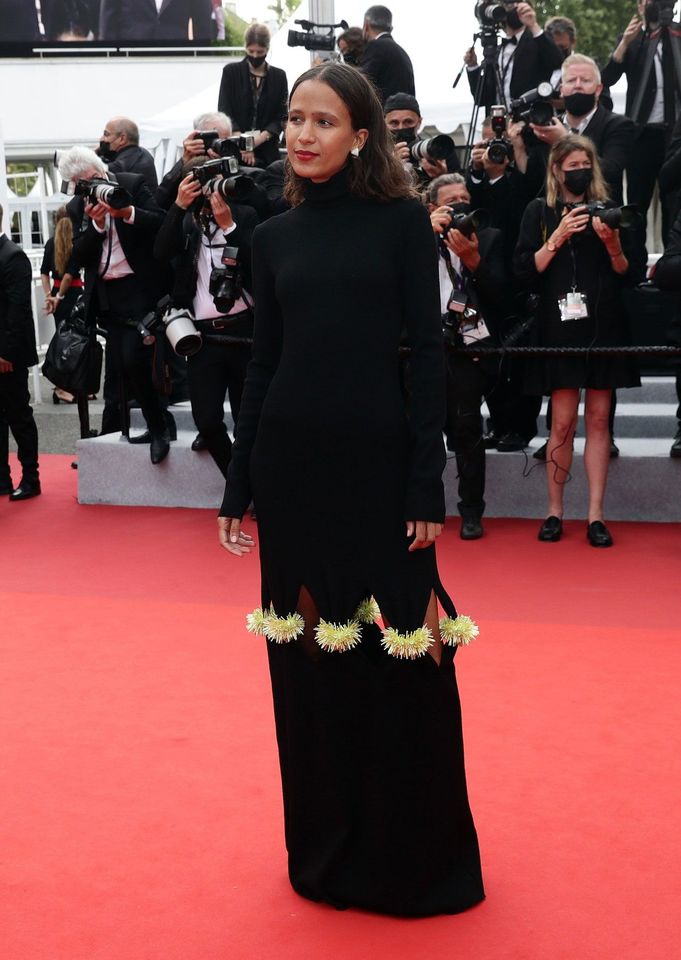 WHO: Mati Diop
WHAT: Bottega Veneta
WHERE: The French Dispatch premiere
WHEN: July 12 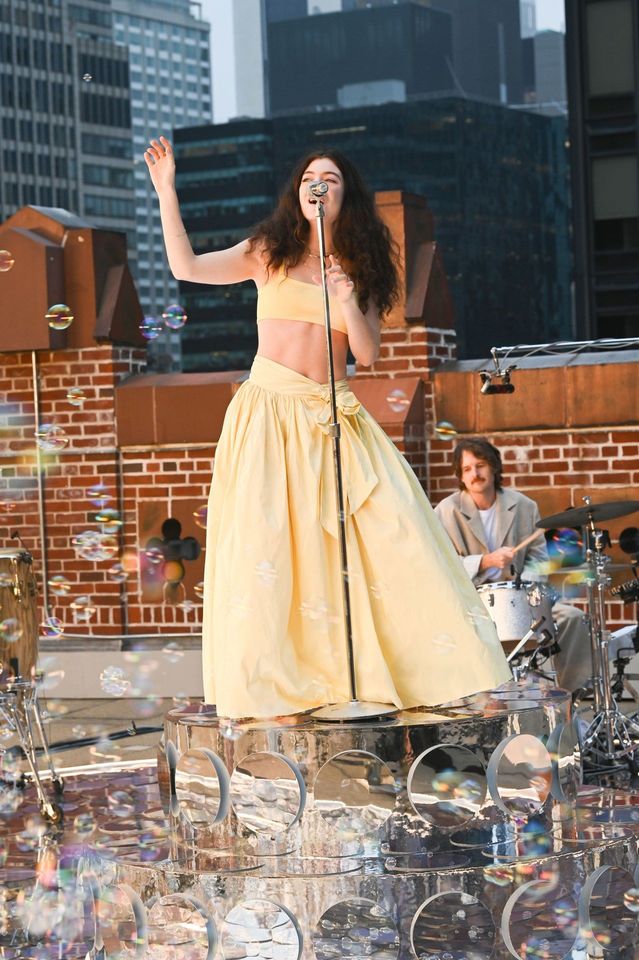 WHO: Lorde
WHAT: Etro
WHERE: The Late Show with Stephen Colbert
WHEN: July 13 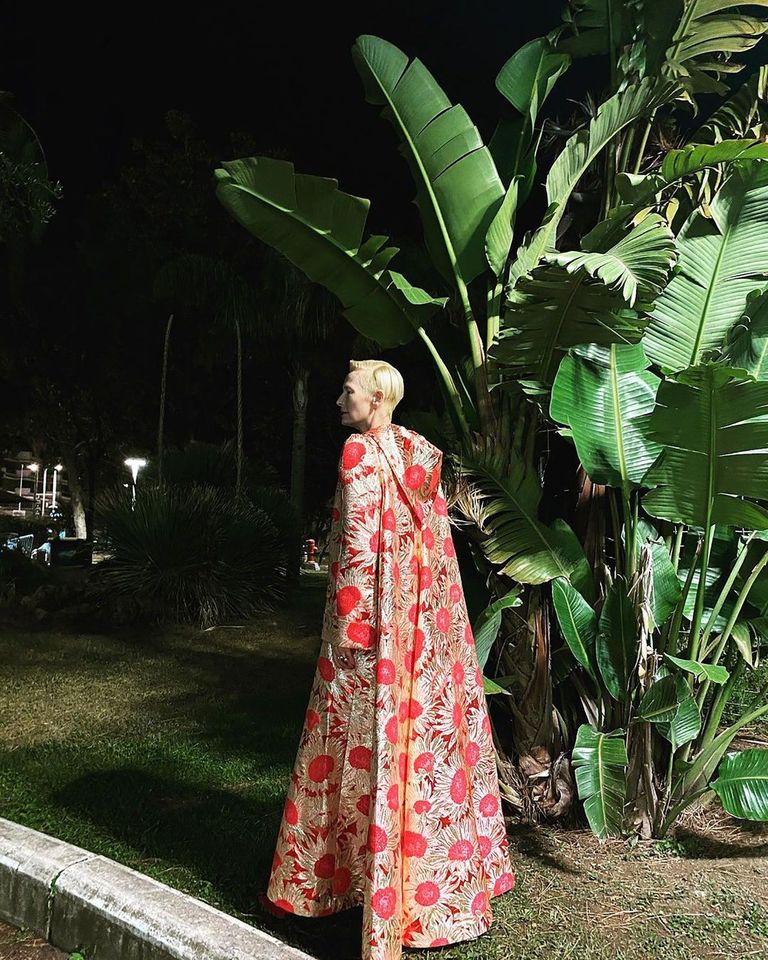 WHO: Tilda Swinton
WHAT: The Vampire’s Wife
WHERE: Vortex screening
WHEN: July 17 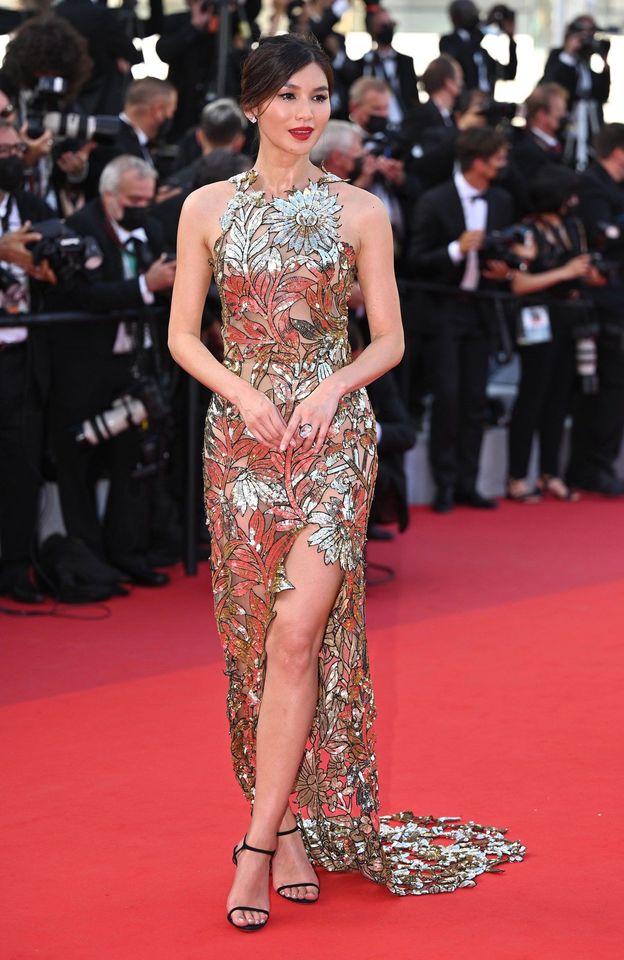 WHO: Gemma Chan
WHAT: Oscar de la Renta
WHERE: From Africa with Love screening
WHEN: July 17 WHO: Timothée Chalamet
WHAT: Tom Ford
WHERE: The French Dispatch premiere
WHEN: July 12 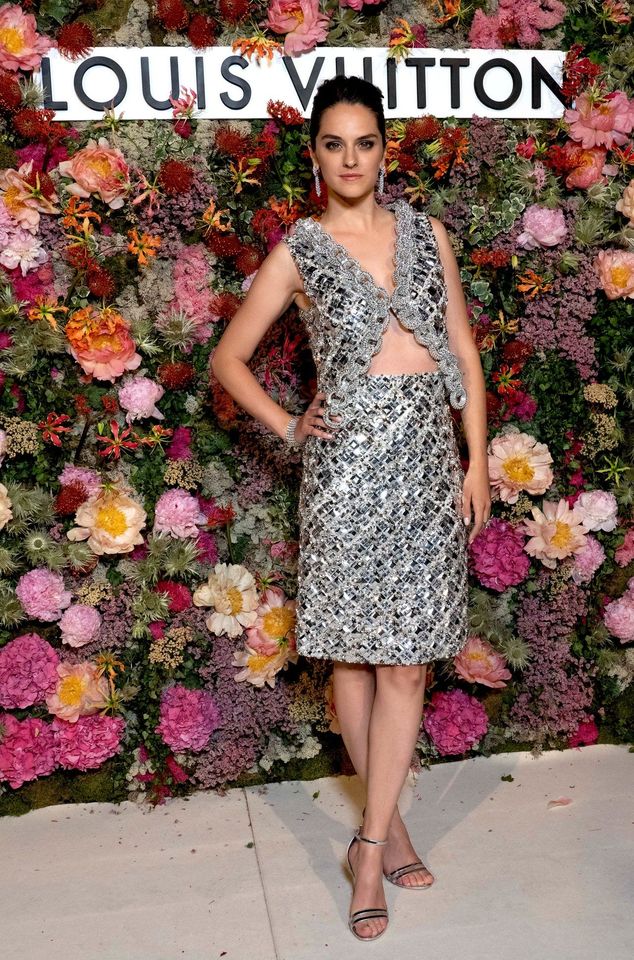