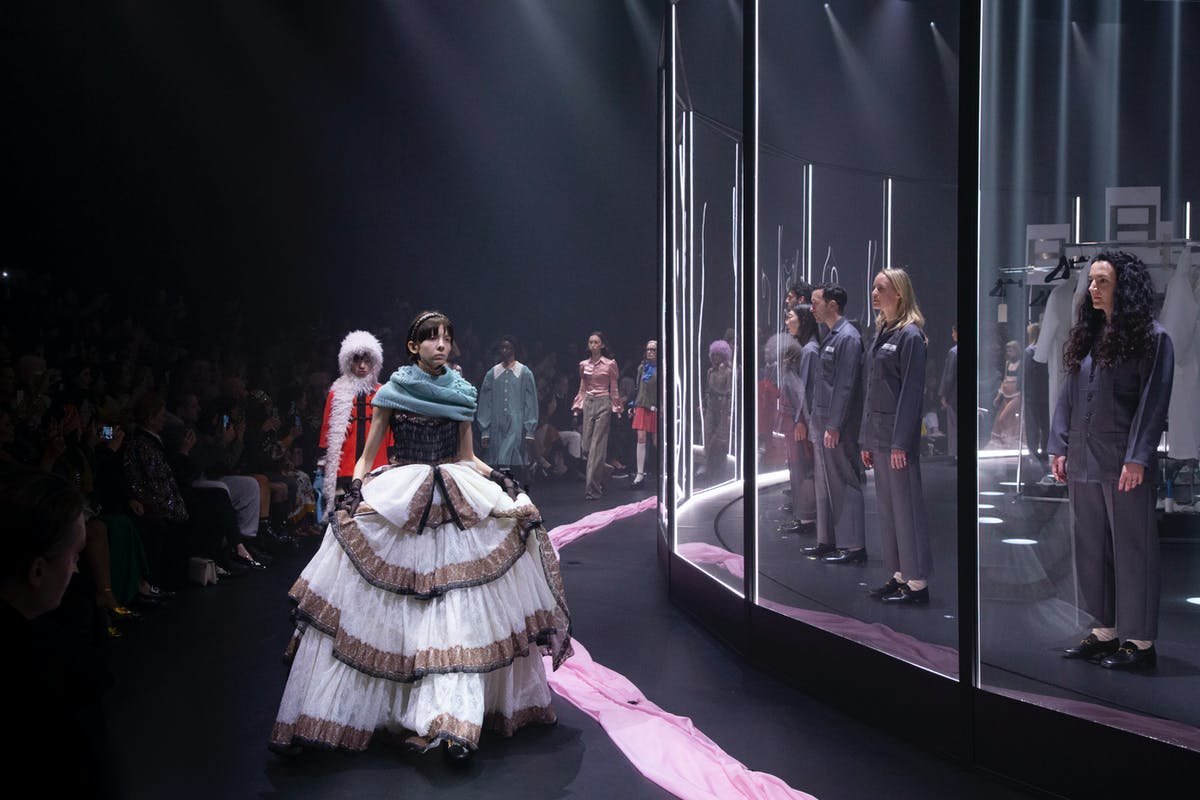 Gucci Fall 2020 Was a Mesmerizing Ritual

Inspired by the performance of fashion, Alessandro Michele put the chaos of backstage into full view.

Gucci is always one of the most anticipated shows of Milan Fashion Week thanks to Alessandro Michele's wildly creative visions and cult following, so it came as no surprise that the house had an unforgettable moment in store for Fall 2020. After Michele literally invited guests via a voice note on WhatsApp, he kept the pared-down vibe going with an unconventional show format at the Gucci Hub. Attendees entered the show through the hair and makeup room, witnessing a scene usually left to the models, team, and press with backstage access. When it came time to view the Gucci Fall 2020 collection itself, a pink curtain dropped to reveal a rotating room where models were changing into their looks on full view.

Fitting to the brand's cult following and the deconstructive concept, Michele titled his new collection "An Unrepeatable Ritual." As many in the industry know, that pretty accurately describes the experience of attending (or working) a runway show: there's so much preparation and anticipation, all leading up to a production centered on the new collection that, as magnificent and luxurious as it is, will never happen again.

"There's the rapture of a gift, in this repeatable ritual," Michele explained further in his show notes. "There's the promise of a precious delivery. There’s something though, in this ceremony, that usually stays buried: the struggle of the parturient that accompanies the tremble of creation; the mother’s womb where poetry blooms, from shape to shape. Therefore, I decided to unveil what lies behind the curtains."
Keeping true to the concept, the Gucci Fall 2020 show left very little to the imagination. Guests saw all the backstage beauty, first looks occurred on the runway, and by exposing the backstage area, Michele put his team of seamstresses and designers on full display. While looks themselves debuted inside the rotating room, models circled the perimeter for the final walk as the creative team took their place gazing through the windows.

And while the show's most newsworthy element was the experience, the collection did not skimp on the brand's signature eclectic maximalism. Almost every look came with an accompanying headpiece, be it a hat, scarf, or jewels. Michele had separated his collections by gender this time around after several seasons of co-ed shows (the men's show happened last month), but this by no means meant the looks became homogenous. Models were dressed in everything from slightly modern pantsuits to Victorian-style dresses, in vibrant colors ranging from fuschia to aquamarine. Some also wore silver crosses, further driving the ritual theme home.

Michele opened his show notes by saying that he "always considered the fashion show as a magic event bursting with enchantment," and the accompanying collection does not disappoint. Though he exposed much that goes on behind the scenes, something tells us there's still a lot to discover about his vision for Gucci in the seasons to come.

See all the looks from the Gucci Fall 2020 runway show in the gallery below. 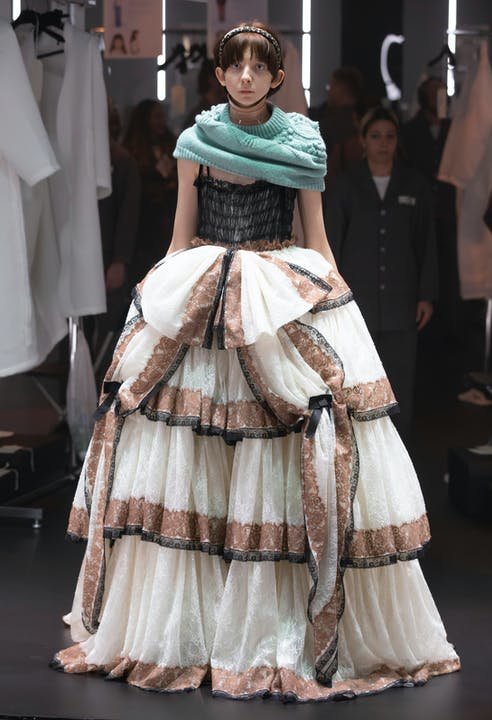 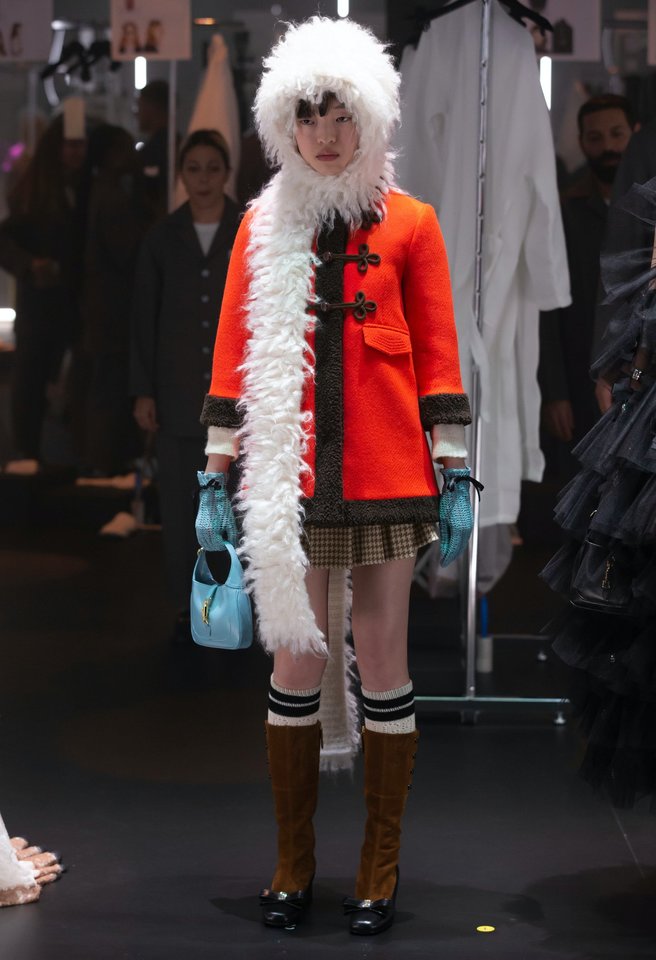 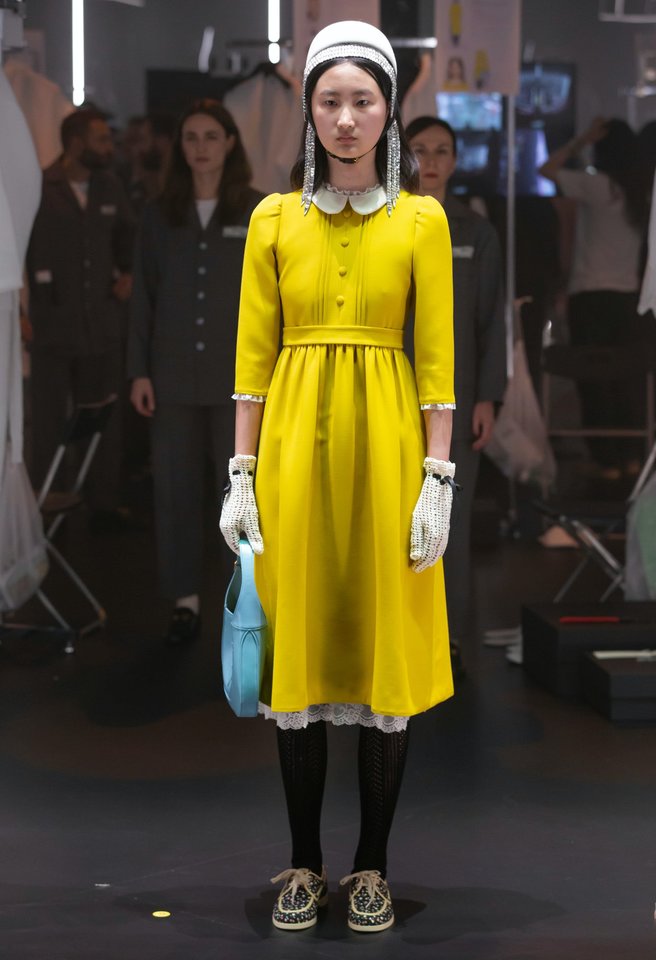 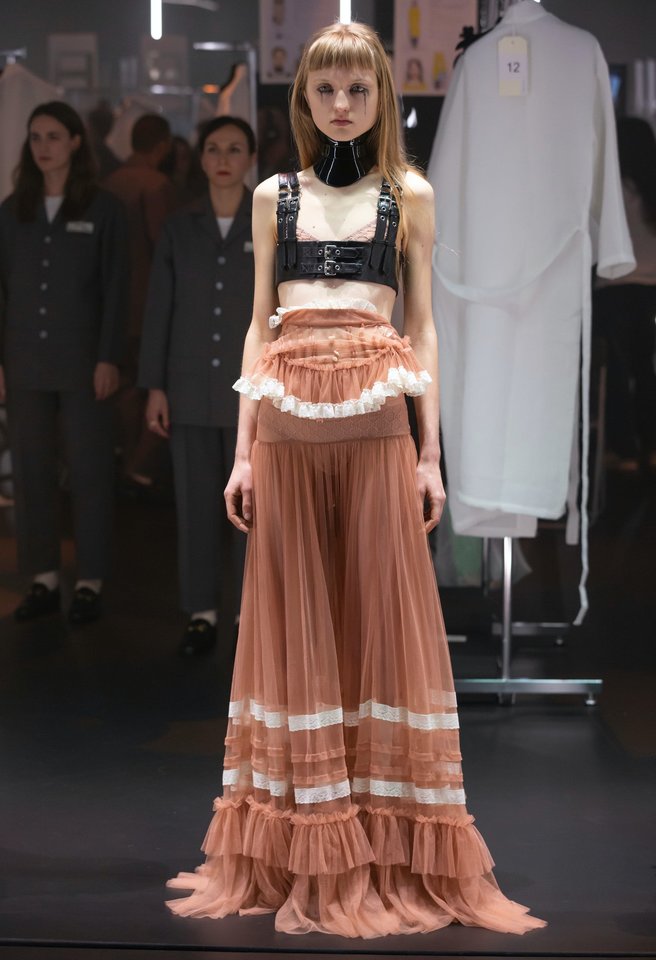 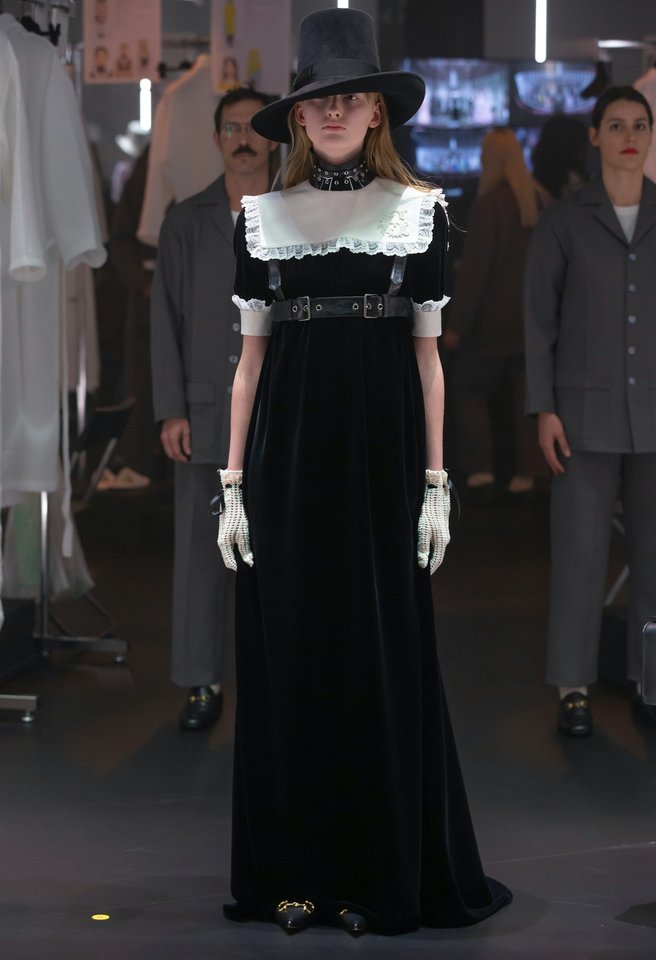 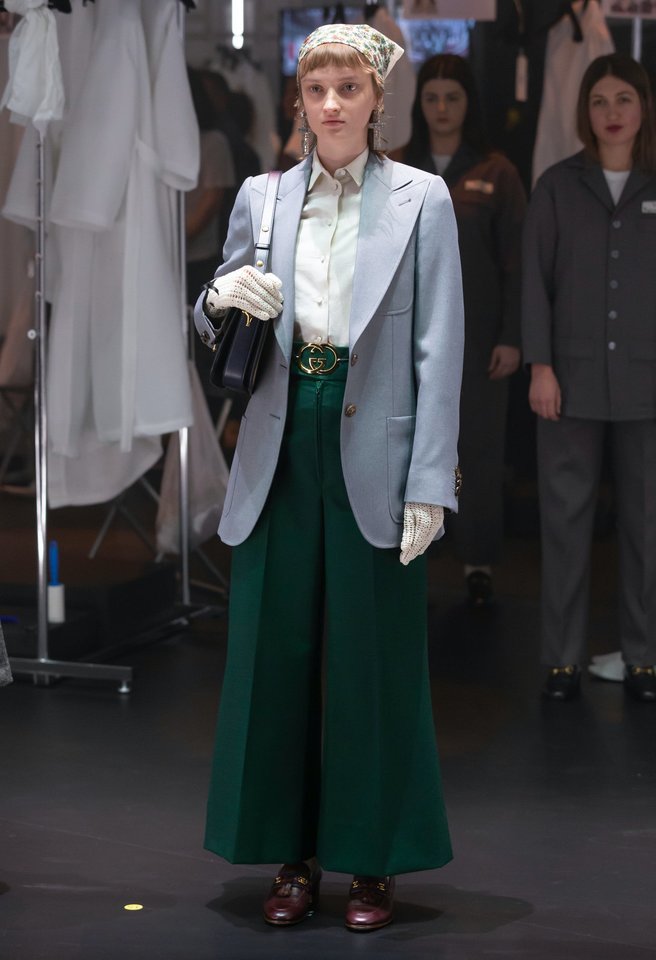 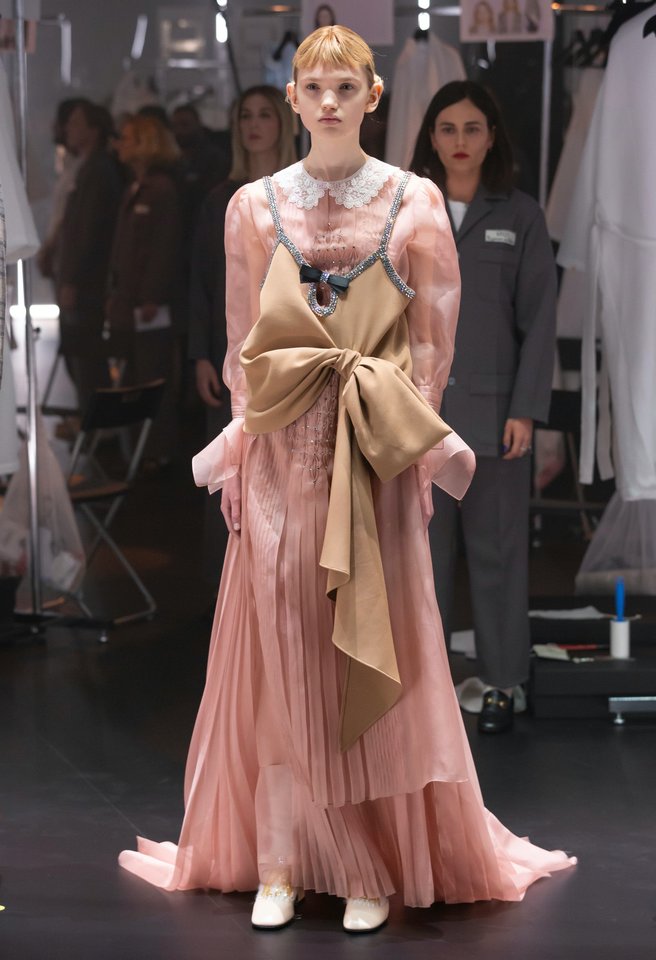 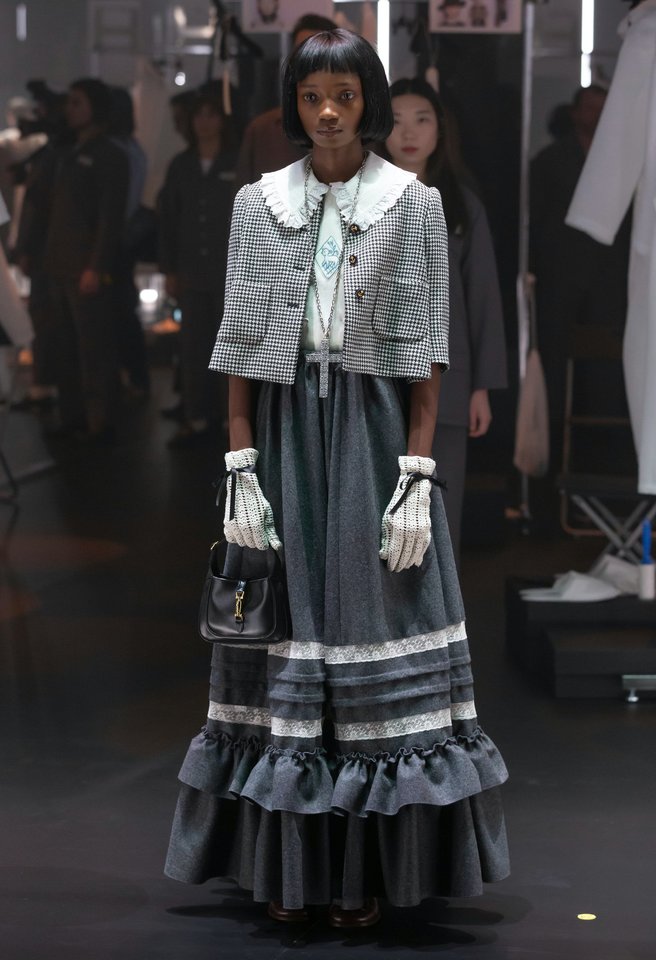 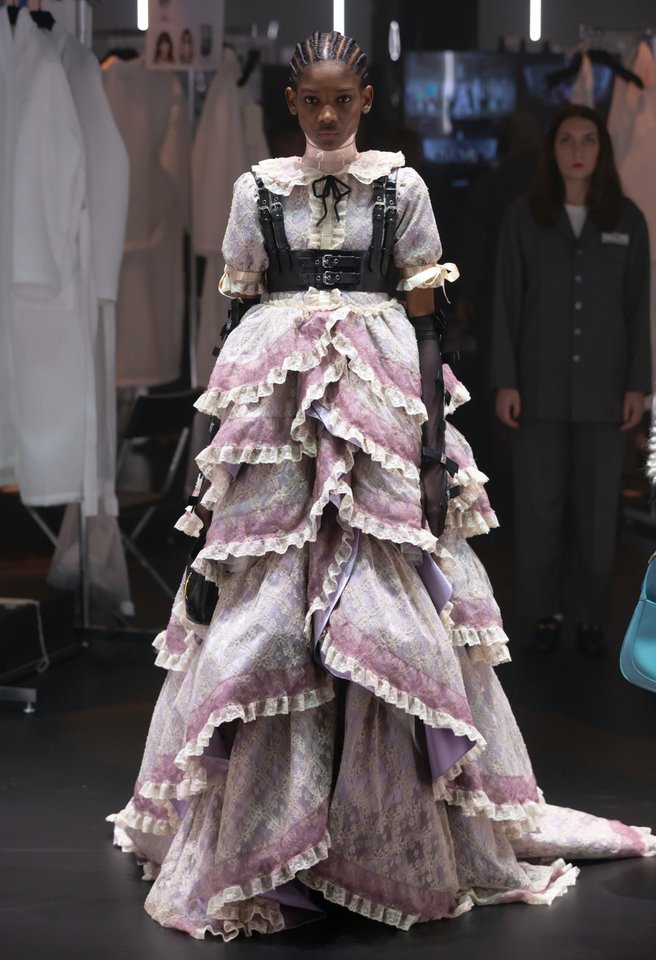