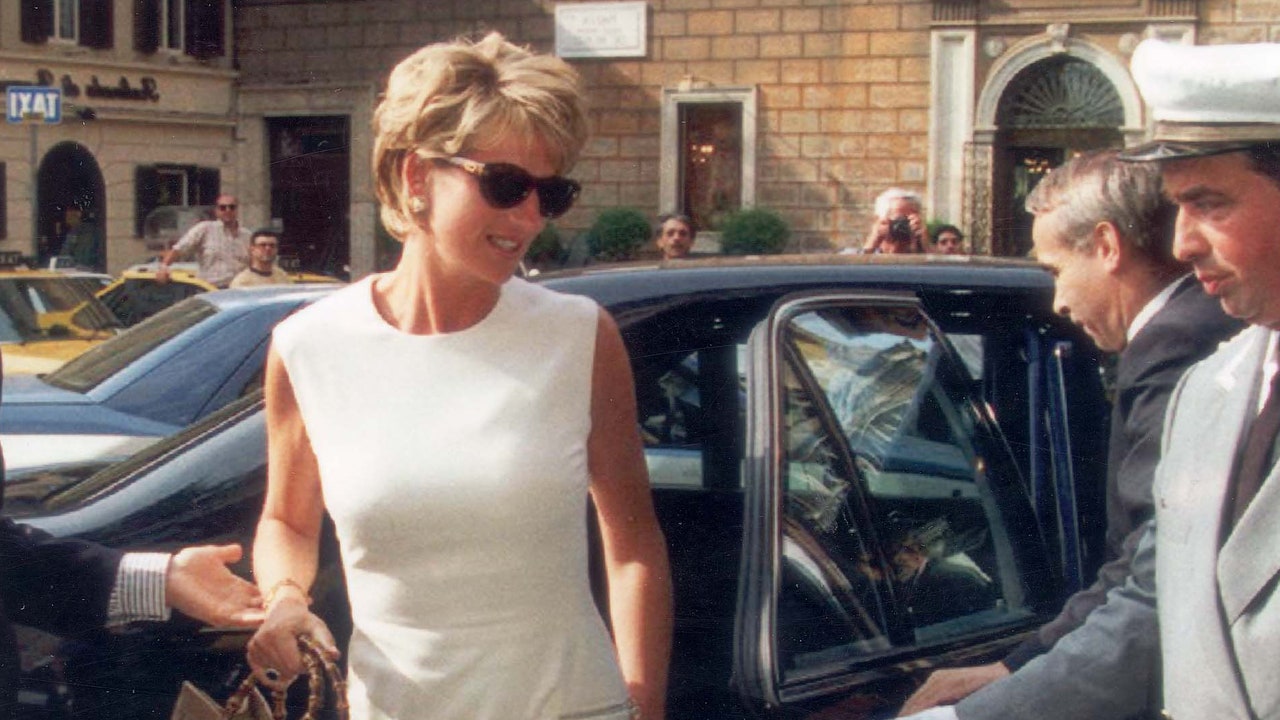 Gucci Has Reinvented One of Princess Diana’s Favorite Handbags

After the roaring success of its reborn Jackie bag, Gucci is bringing back another beloved accessory from the brand’s archive. Princess Diana’s favorite bamboo handle tote has been reimagined by Alessandro Michele some 20 years after the original caught the royal’s eye. 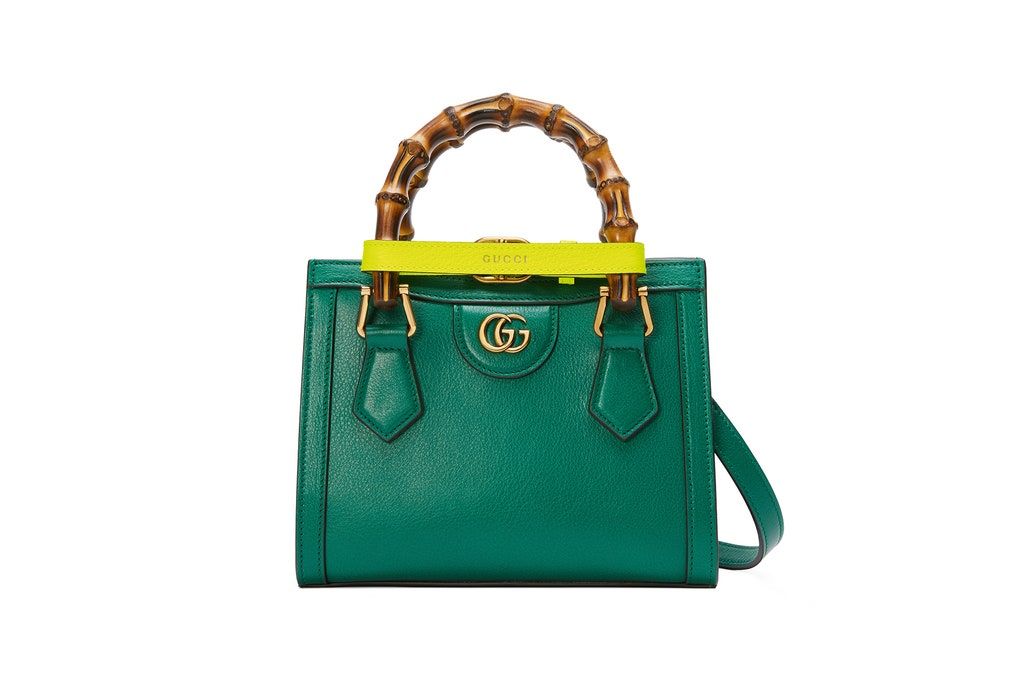 Synonymous with Lady Di’s style in the early ’90s, when the paparazzi fawned over her leaving Chelsea’s Harbour Gym wearing collegiate sweaters and cycling shorts, the capacious holdall came to evoke her personal freedom. As she distanced herself from the royal family, Diana became bolder with her fashion choices, though, as her stylist Anna Harvey once said, she always dispensed with the formality around royal dress codes. 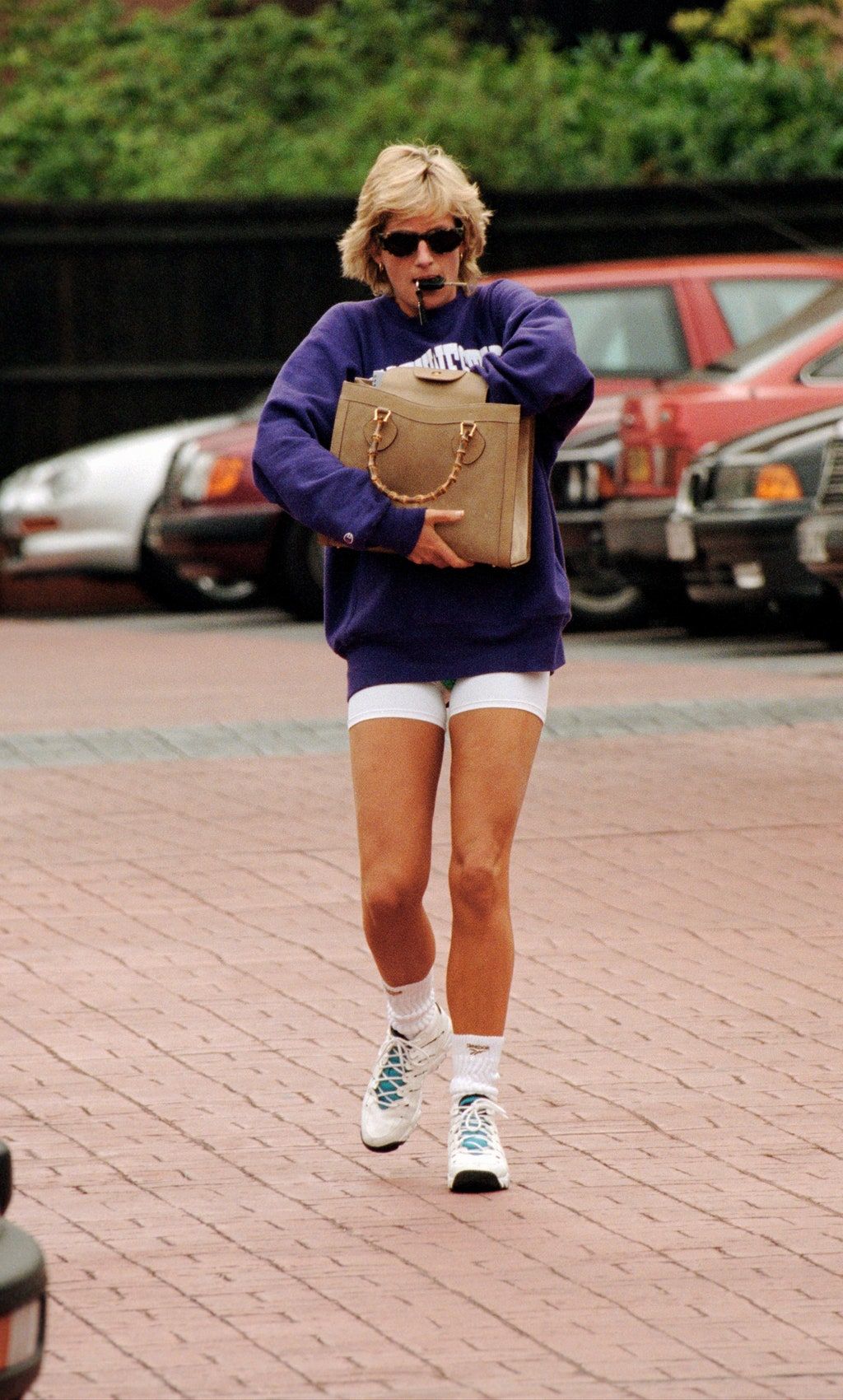 Michele’s version of the structured tote builds on this idea of fluidity. Distinguishable from the original by the neon leather belts fastened around the bamboo handles – a nod to the functional bands that maintained the integrity of the ’90s wooden handles – the new high-vis straps come in interchangeable fluoro alternatives. Letters and star symbols can be embossed on the inside of the belts to bring customizable charm to the updated version of the princess’s prized tote. 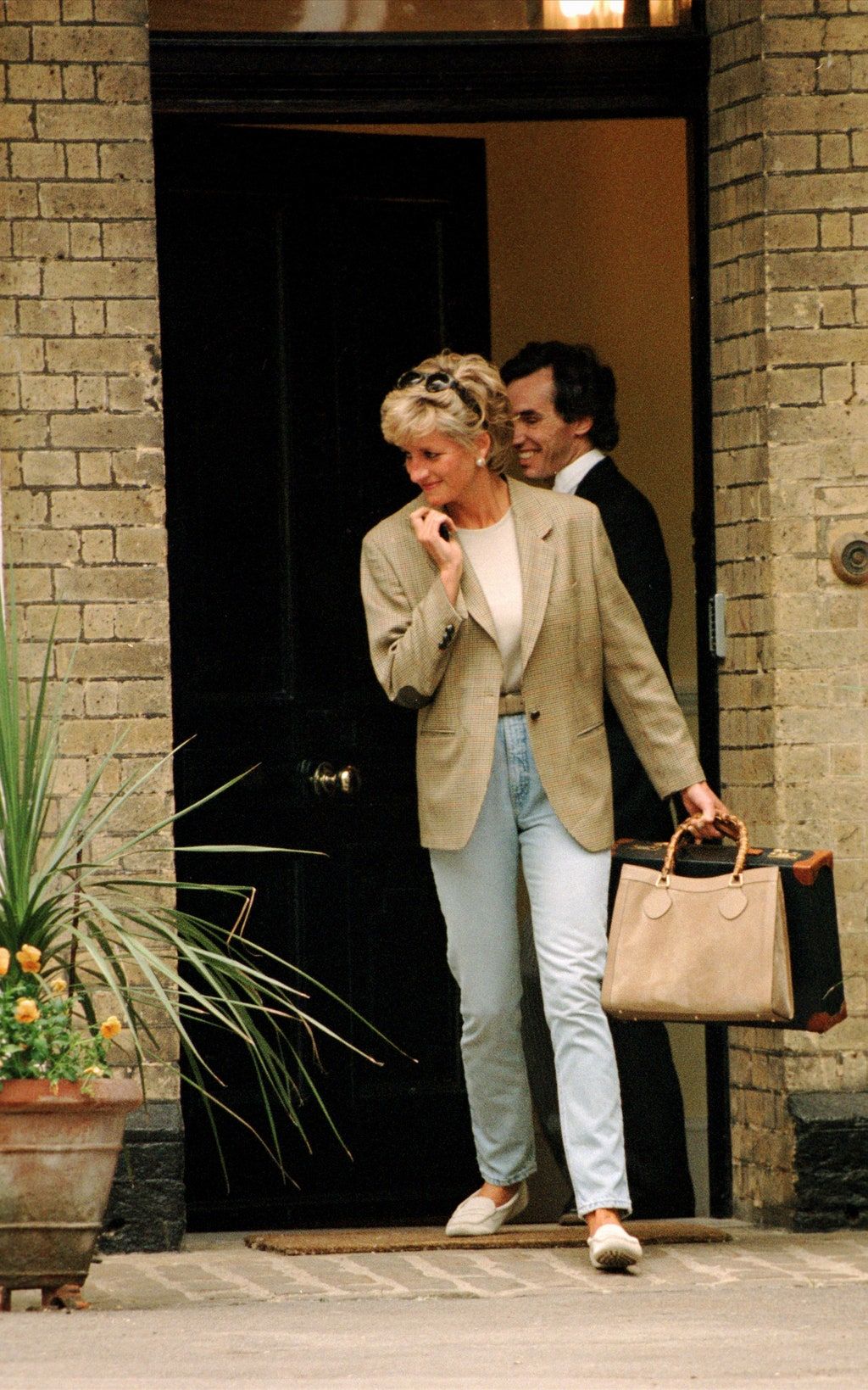 Diana carrying her Gucci, which was first introduced by the house in 1991, while taking Prince William to Eton in 1996.

Available in three sizes and seven colorways – the timeless cuir is the closest color to Diana’s own trusty Gucci – the shocking emerald and sweet rose versions with yellow, pink or orange straps chime with the brand’s mission to promote self-expression through its products. Showcased on the arm of a pink-haired model carrying a pet rabbit on the runway, the Gucci Diana represents the cycle of reinvention and being free to be who you are – something the original poster girl for the brand would no doubt support. 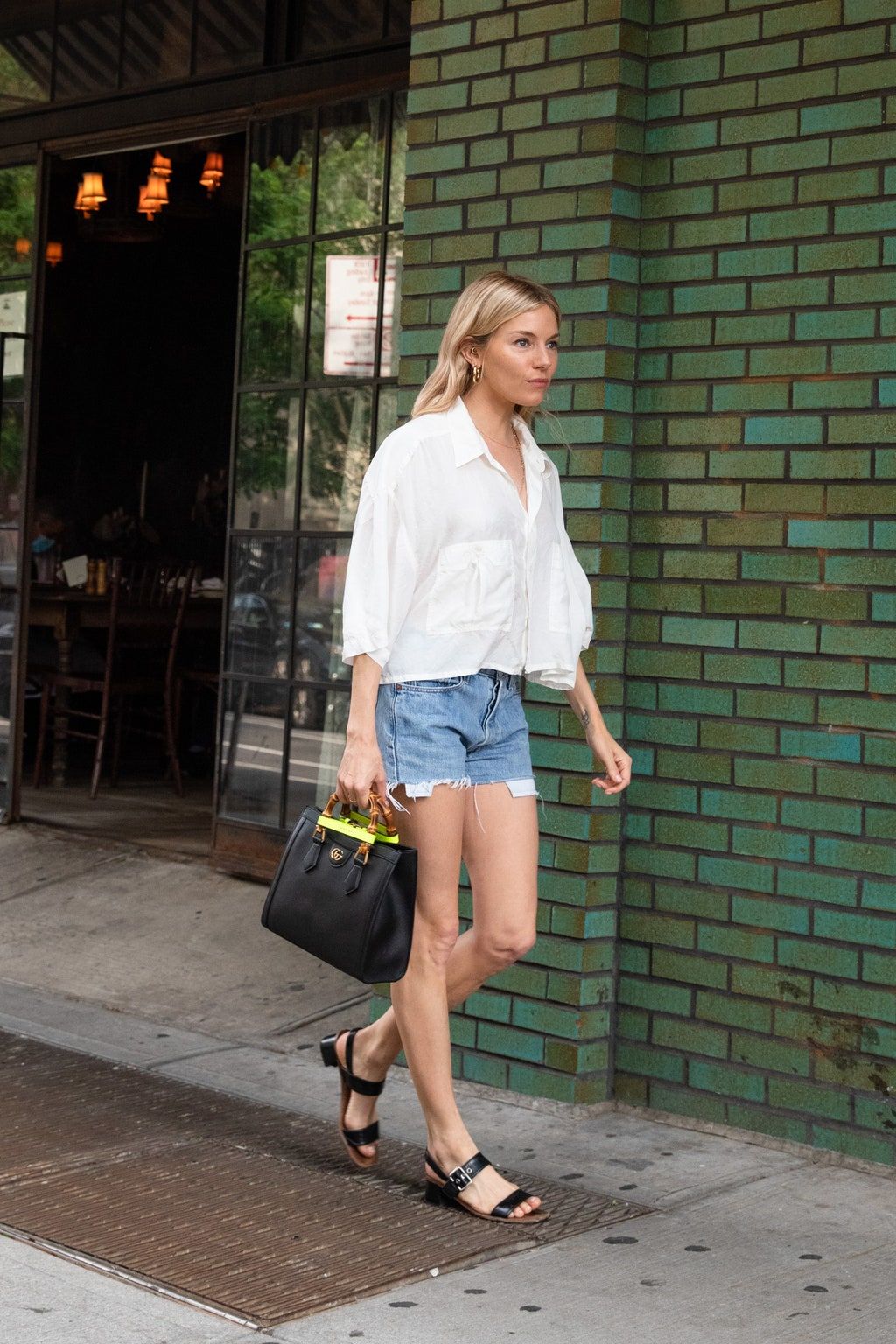 Friends of the house, including Sienna Miller, Jodie Turner-Smith and Elle Fanning, have been quick to throw their support behind the new handbag rooted in the house’s history. Queen of boho style Sienna has been bringing polish to her signature cut-offs with the large black version, the fluoro orange accents caught Jodie’s eye, and ultra-feminine dresser Elle has fallen for the powder pink iteration. 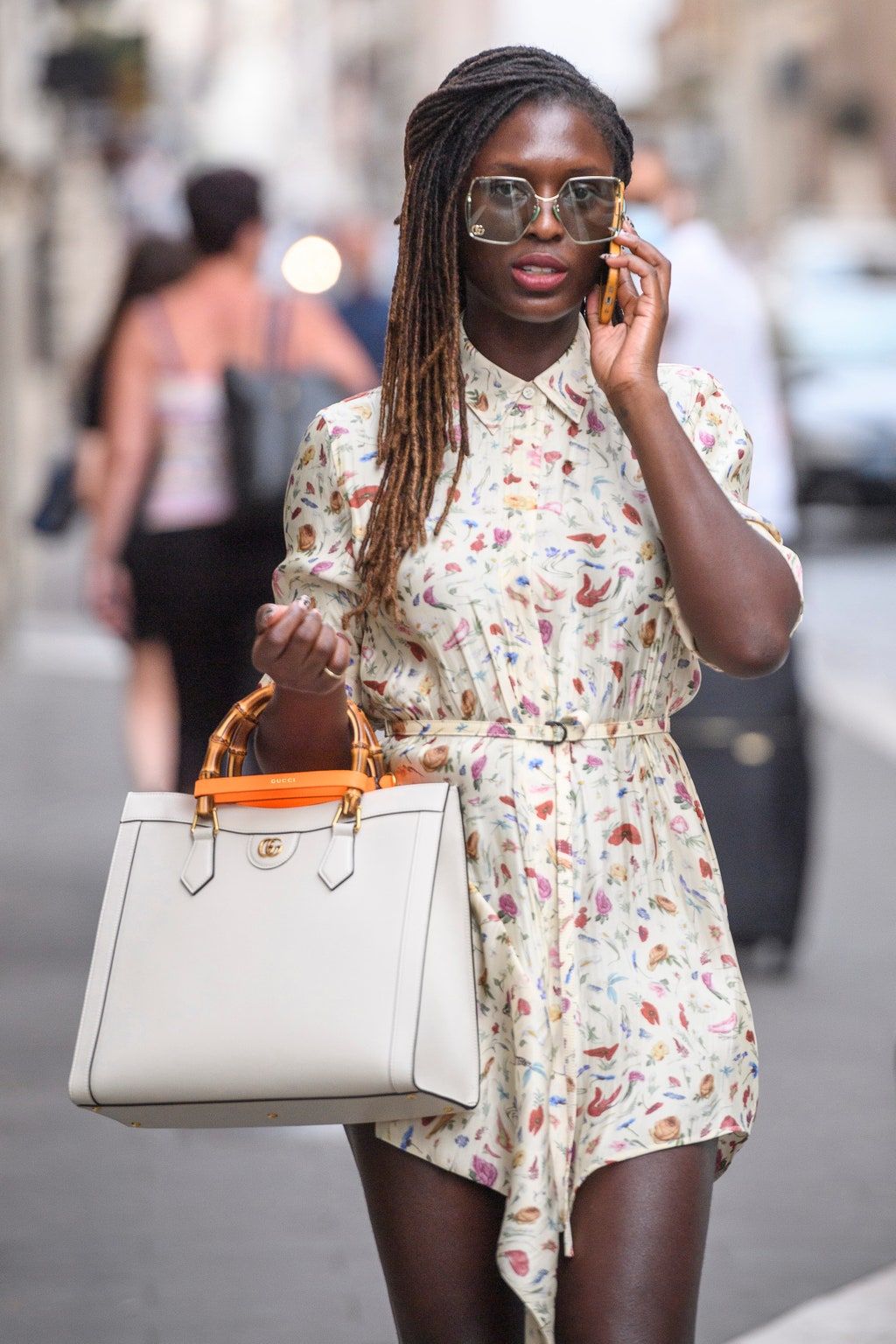 Jodie Turner-Smith is a fan of the modern Diana tote.

Expect this modernized classic to be a royally good addition to the summer wardrobes of It-girls around the world when it launches today, July 6. 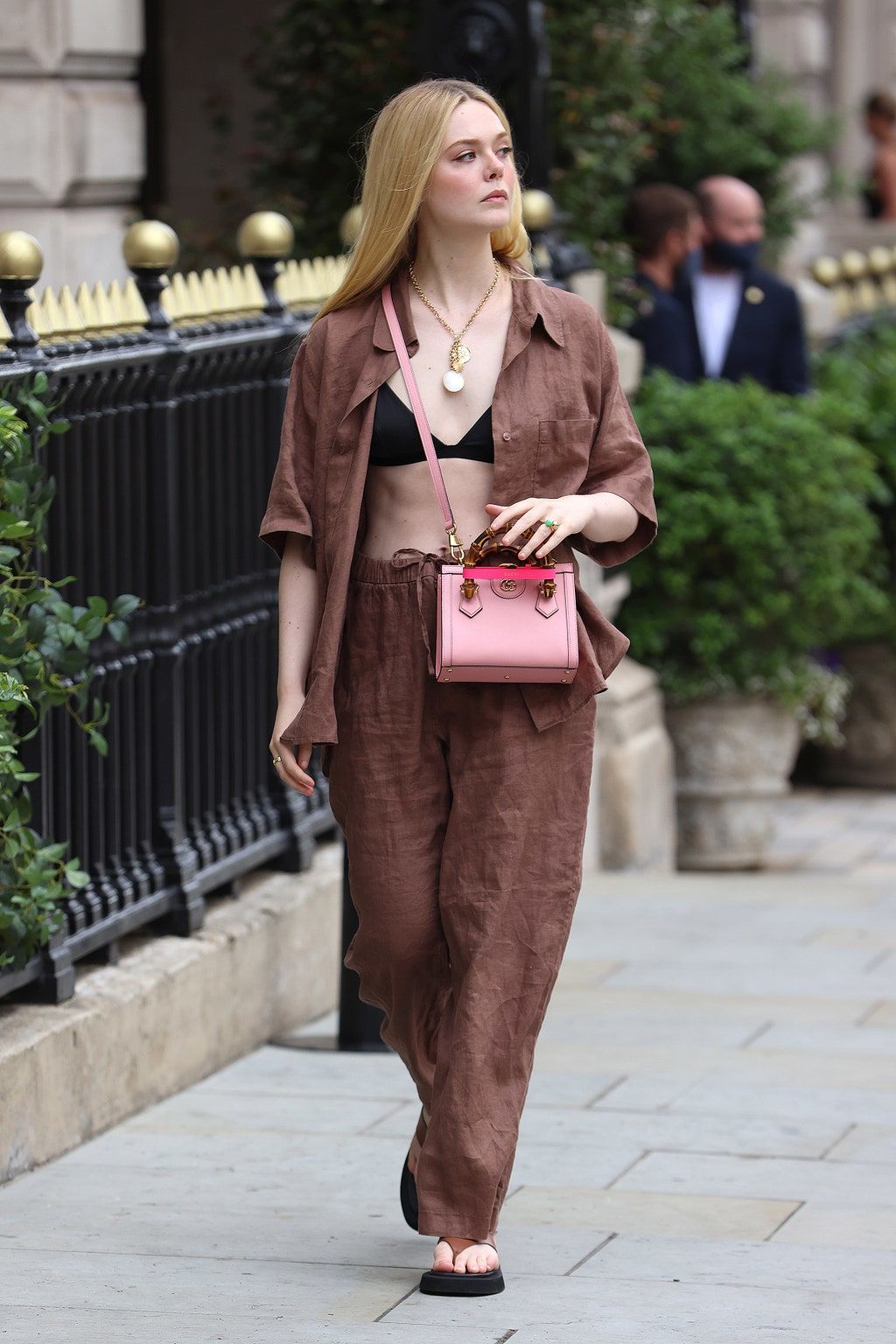 Elle Fanning showing off the everyday charm of her Gucci Diana.