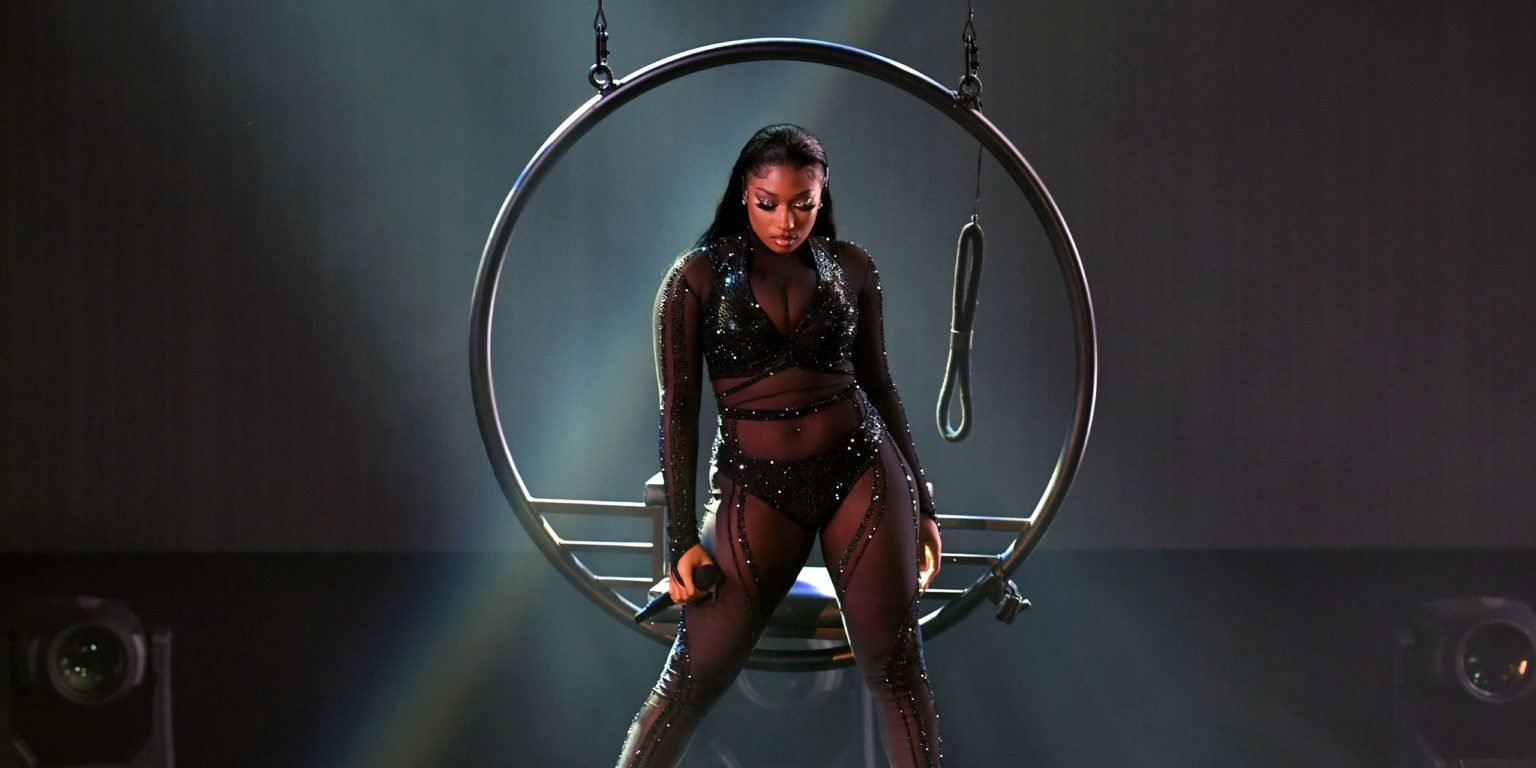 Here Are the Looks to Love from the 2020 AMAs

In the latest installment of virtual awards ceremonies, the 2020 American Music Awards took place last night, with what we hope was a socially-distant red carpet as well as some exciting on-stage performances.

Now we know awards ceremonies still aren’t quite the same, evident as AMA award winner Bad Bunny was not even able to attend due to a positive COVID testing, and the “virtual in-person” concept is still a little shaky, but awards show fashion gives us a much appreciated sense of normalcy. Take a look at the best AMA outfits below. An absolute bombshell, Laverne Cox brought it to last night’s award show in this statuesque, asymmetrical bodysuit and gown number. Bangs have never looked so good. 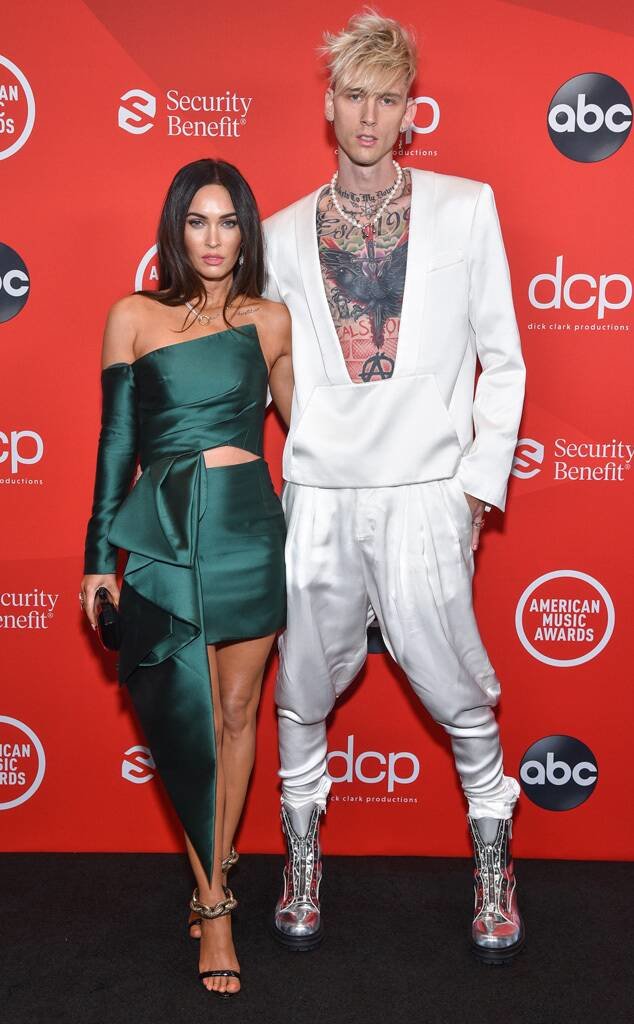 Winning the award for Hottest Couple, Megan Fox and Machine Gun Kelly made their red carpet debut at the AMAs, and we’re all green with envy over Megan’s striking emerald dress. Stunning in red and black on the red carpet, which is technically black, Ciara’s AMAs look is billowy yet bold with a powerful thigh-high slit. 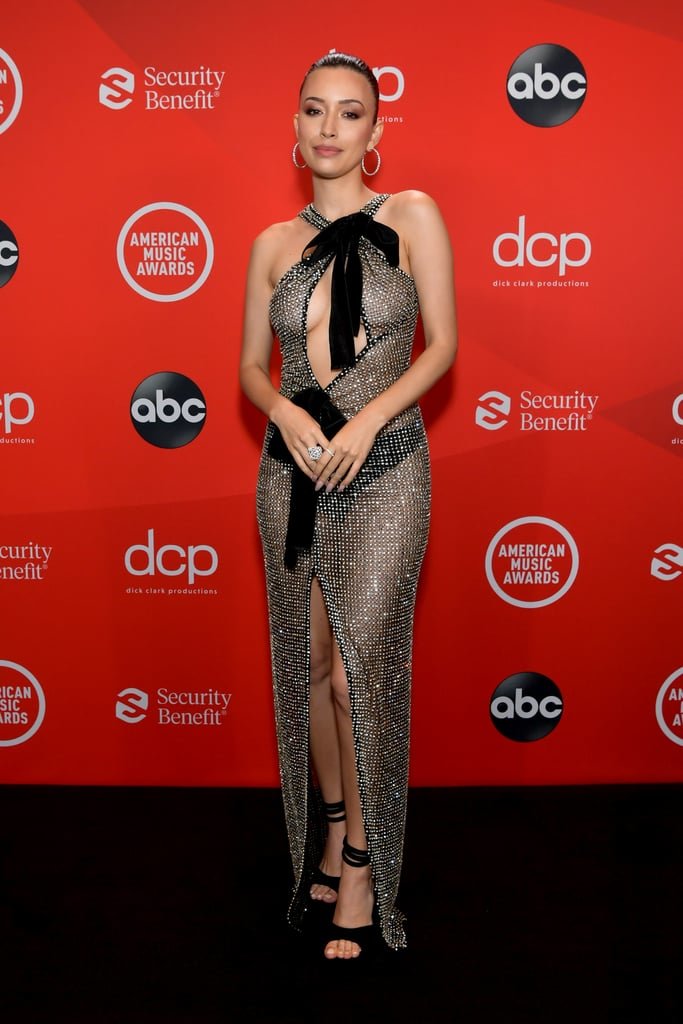 Colombian singer Maluma looked sharp on the red carpet prior to his steamy performance on-stage performance with J-Lo. While some viewers were confused and slightly concerned as to why The Weeknd chose this bloodied, bandaged look for the American Music Awards, there’s a meaningful message behind it. If you recall The Weeknd’s similar look to the VMAs, he’s been wearing these gruesome looks as a message against drinking and driving, something he’s been promoting in his new music over the past several months. 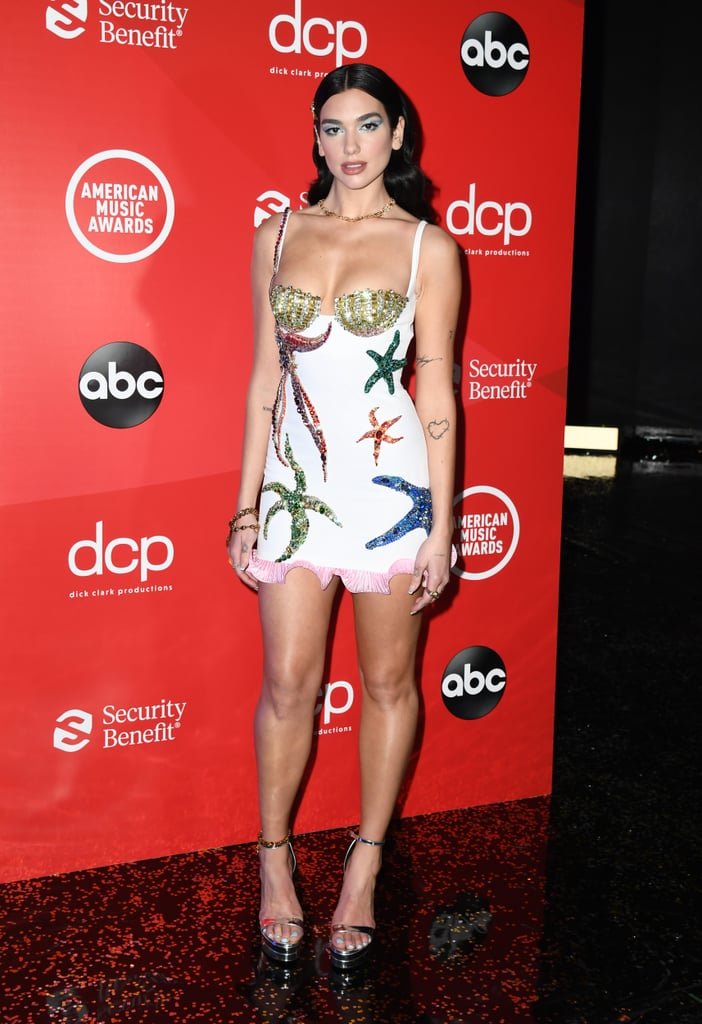 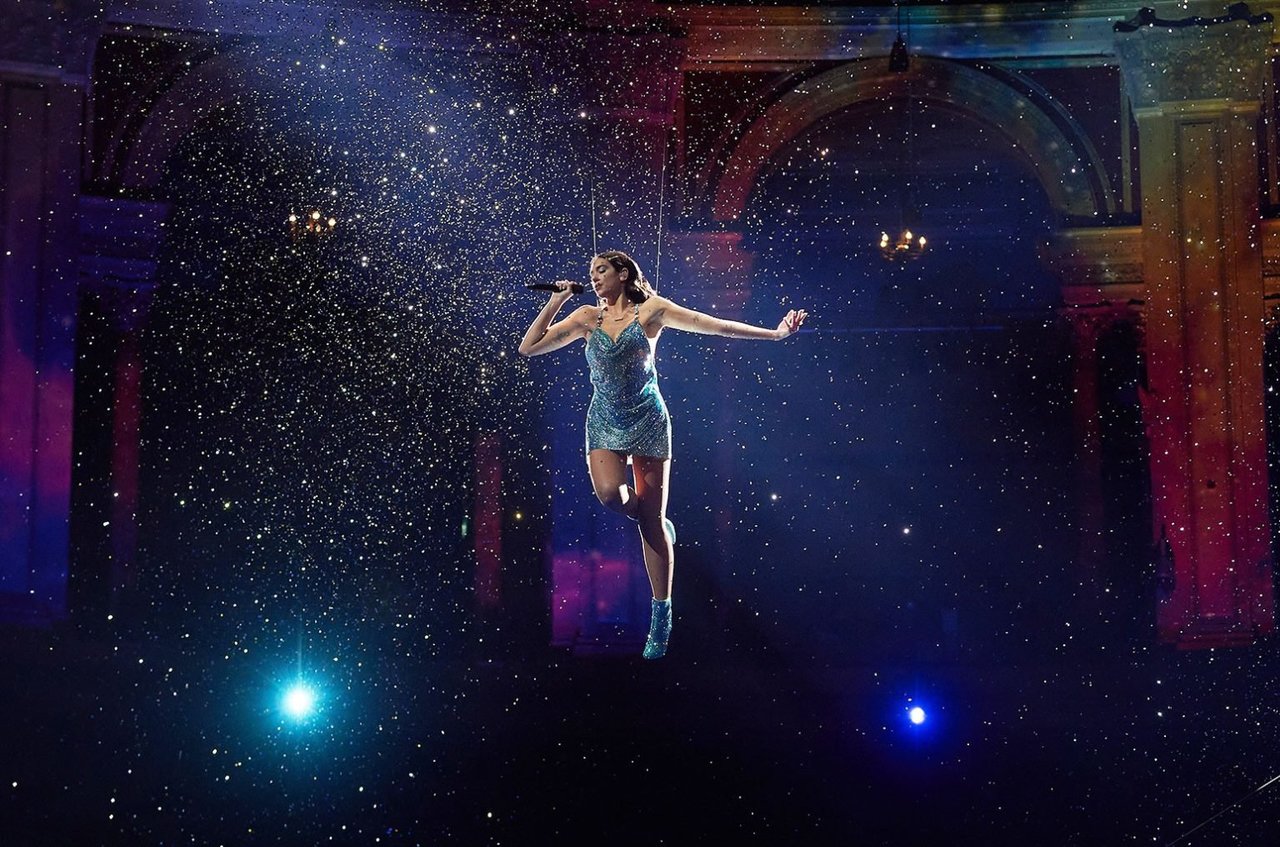 Slipping into something a little more comfortable, Due Lipa wore a metallic mini-dress as she levitated for her awe-inspiring performance. 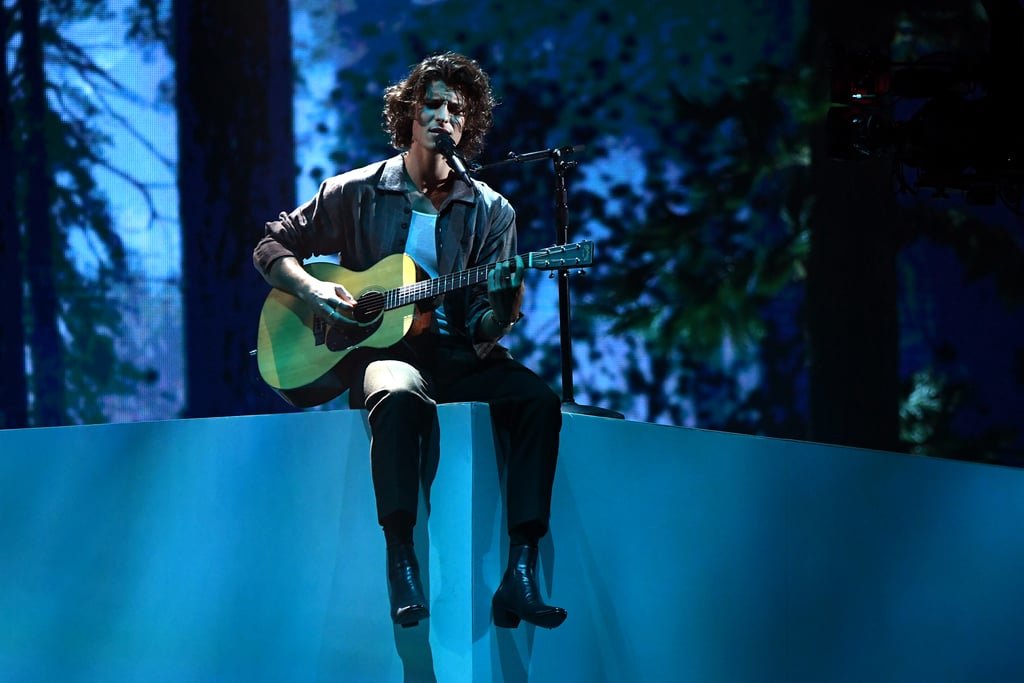 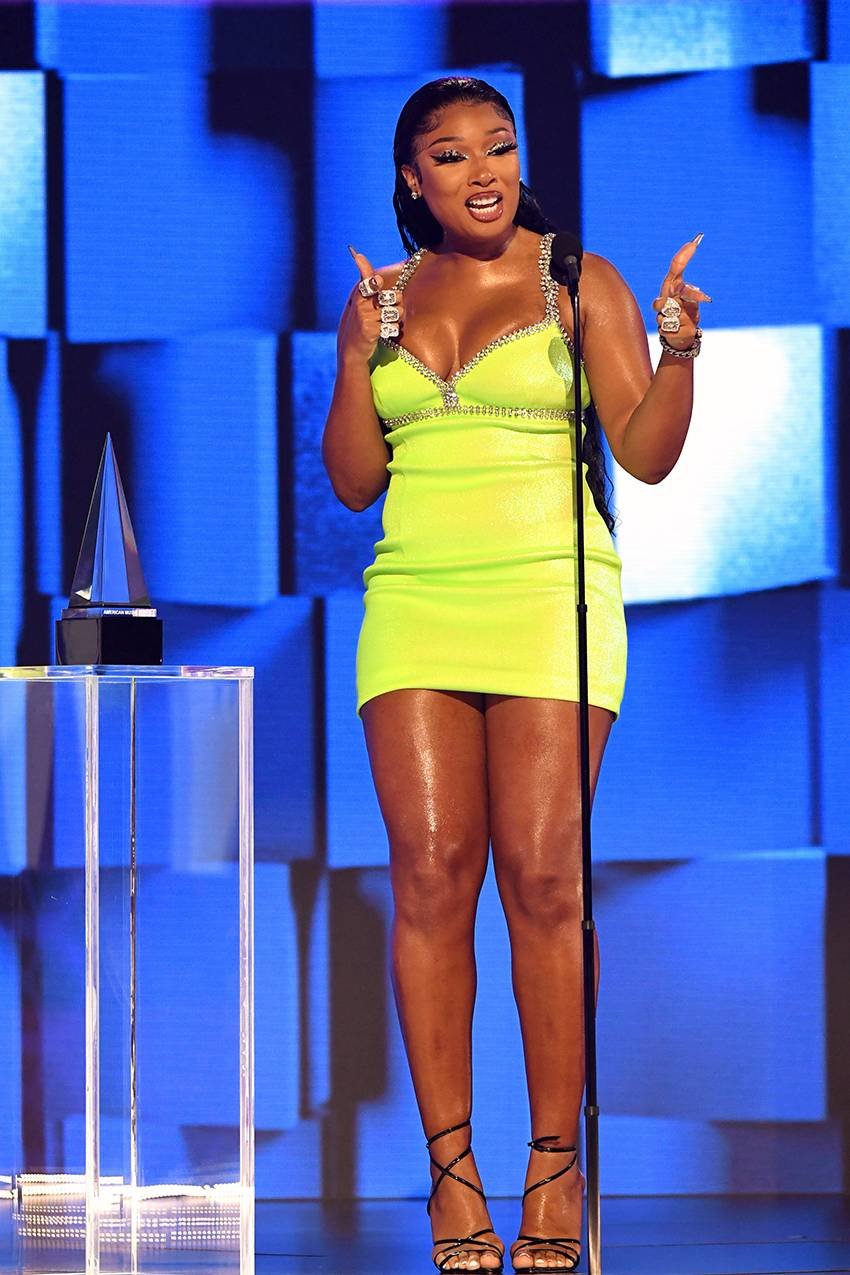 Accepting the award for Best Rap/Hip-hop song last night, Megan brought it in a neon mini, and then stunned us even more in a sparkly sheer catsuit for her performance of “Body.” “Good News” on repeat! The BTS boys showed off their style prowess in these pastel suits for their AMA on-stage appearance. 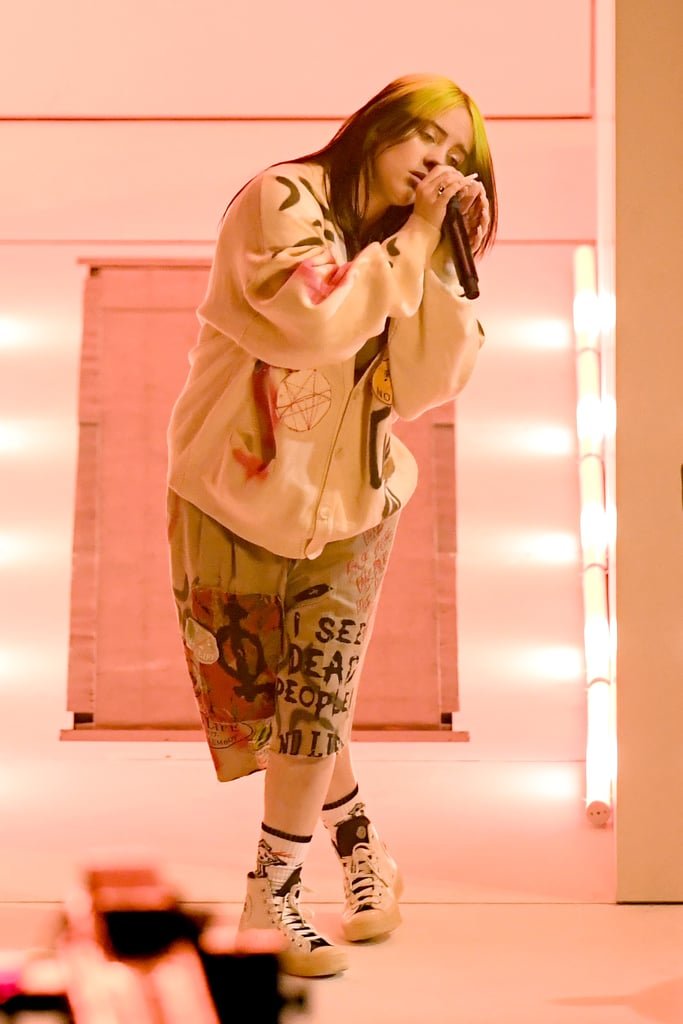 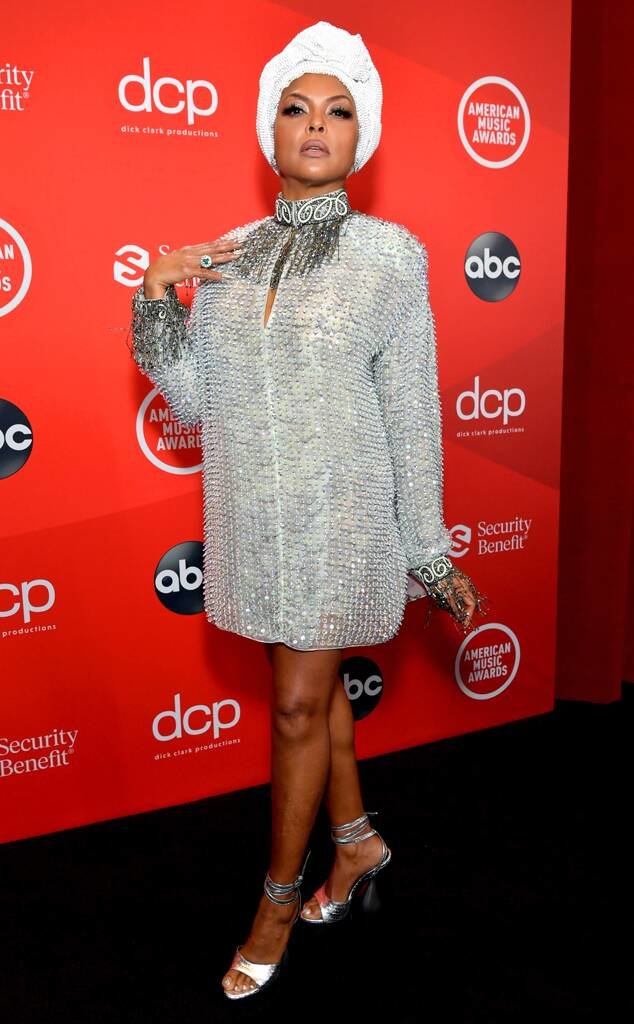 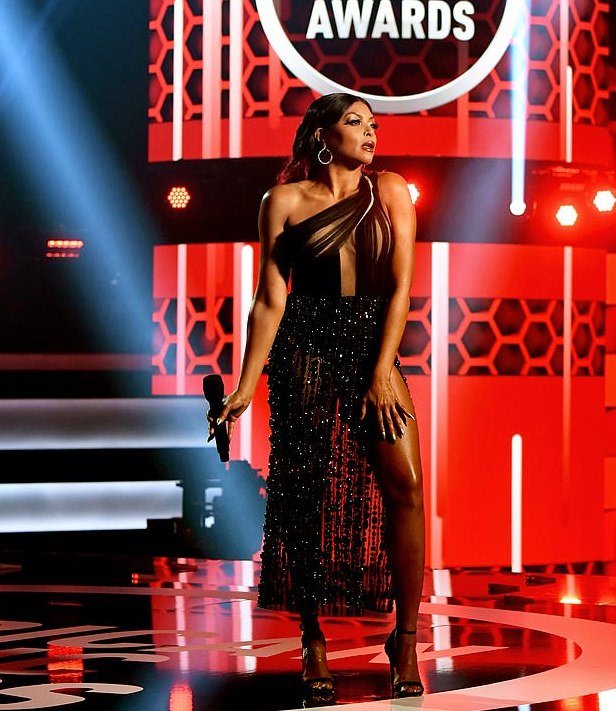 Last but certainly not least, V had to honor AMAs host Taraji P. Henson’s jaw-dropping multiple outfit changes. Giving glittery glam in her red carpet look, Taraji then opened the show dancing to “WAP.” Rocking about a dozen different outfits, she closed the show in a stunning embellished neon number.