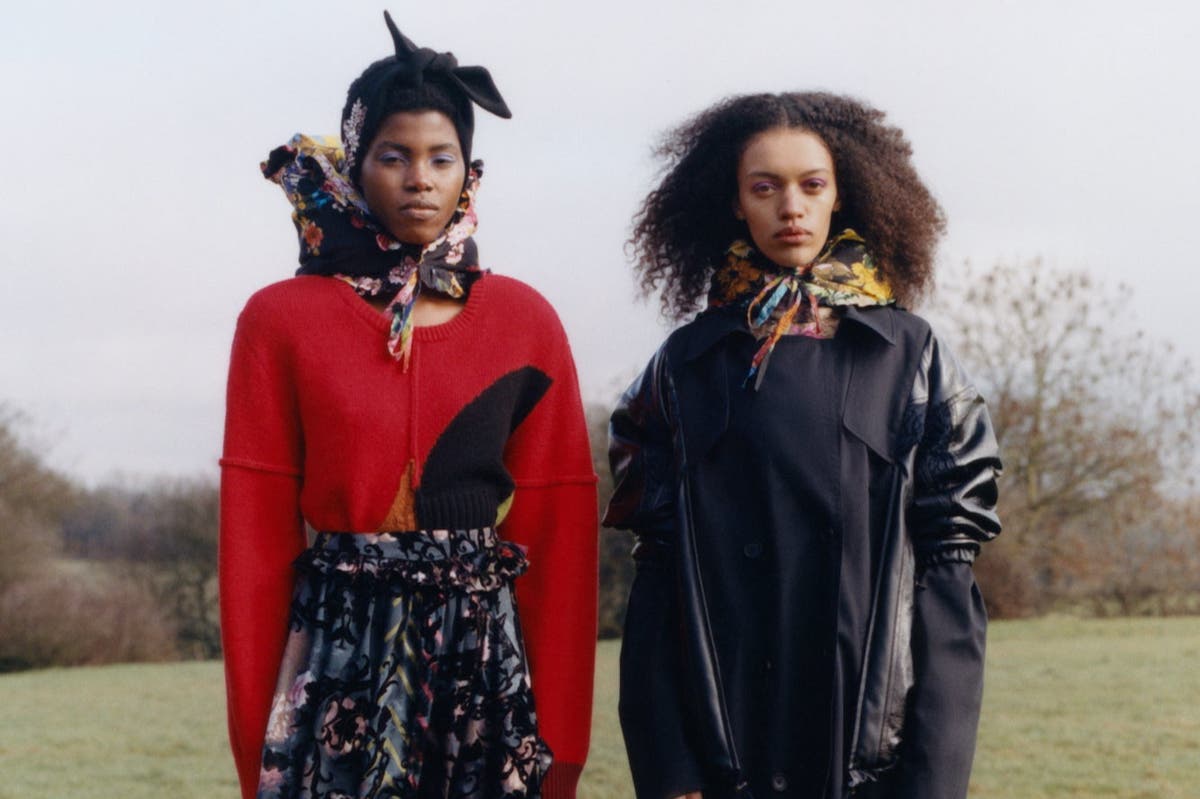 Balaclavas! Club kids! Camping chic! The all-virtual fashion event delivered real-life style for our brave new world. Chloe Street has the download on what we’ll be buying next season

London’s first ever digital London Fashion Week comes to a close today, with Simone Rocha, Daniel Fletcher and Erdem among the highlights still to show on today’s gender-neutral schedule.

Unlike last season when there were a smattering of socially distanced shows, there were no in-person events or runways to attend. Instead designers released innovative digital content to a timed schedule: from Preen’s blissfully bucolic campaign video filmed on a country estate, to Bora Aksu’s audience-free runway show filmed in Tate Britain.

While I, like many editors, miss the intimacy and excitement of a real-life event, the new format did not detract from the evident talent on show, with designers delivering exciting collections that, in embracing tailoring, outdoor and party wear, spoke to a life post-vaccine.

From camping gear to clubwear, these were clothes to remind us of the joy of dressing and to ready us for anything — anything but the sofa. 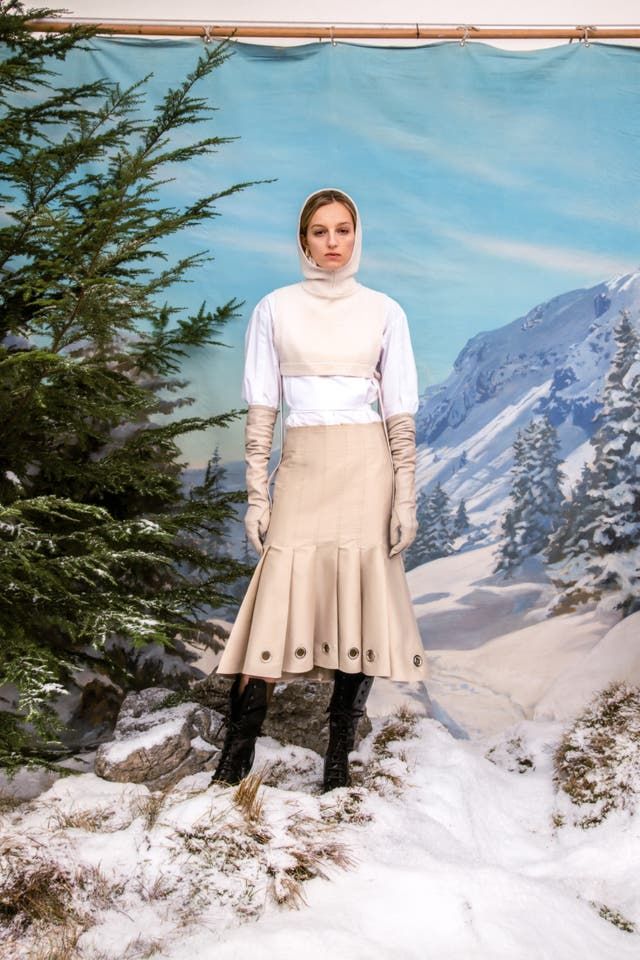 From berets to balaclavas and bonnets, next winter headgear will go haute. At Edward Crutchley and Preen floral quilted scarves were tied bonnet-like around the head, while at Sonia Carrasco apple green balaclavas made from recycled wool and cashmere were built into roll necks. At Eudon Choi knit balaclavas worn with ball gowns and suiting took on an indoor feel. 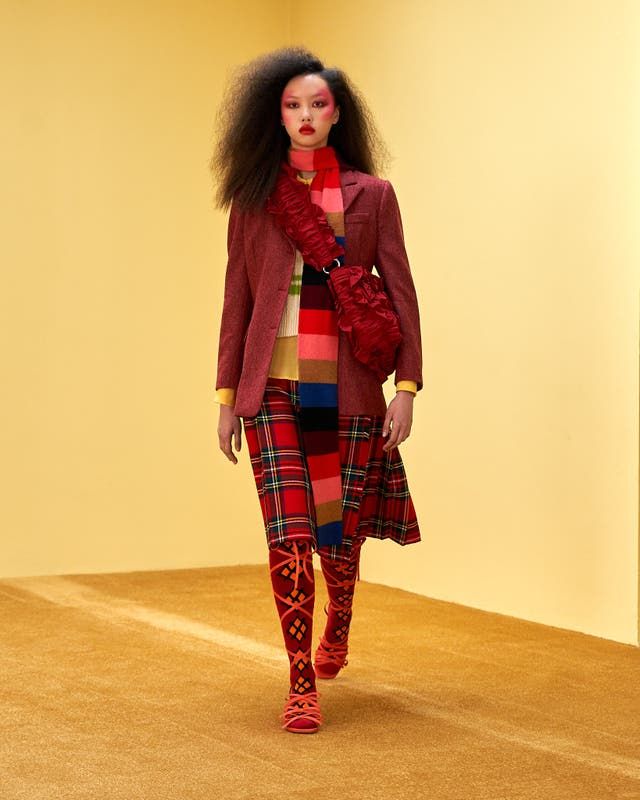 With all this time stuck in Blighty, many designers looked to the land of Albion for inspiration. Molly Goddard refreshed quintessentially British items like herringbone tweed and Fair Isle knits in highlighter hues and paired them with her signature frothy tulle. Bora Aksu’s puff-sleeved red tartan taffeta gown was begging to be spun about a Highland reel, while Vivienne Westwood’s green plaid trousers belonged at Balmoral. 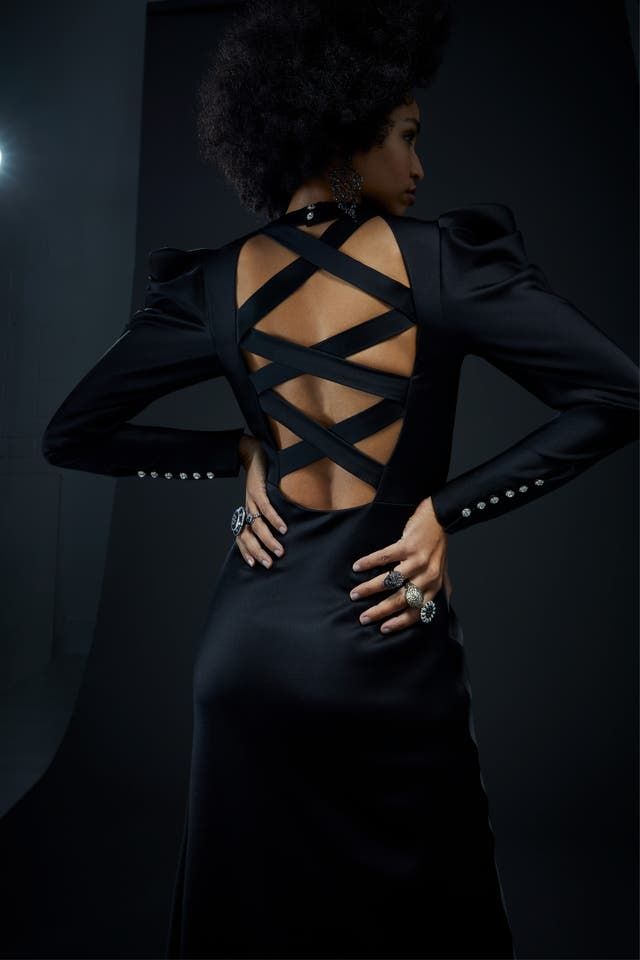 As we prepare to bid adieu to two-dimensional Zoom dressing, back details have shot to the fore. At Osman and Temperley, slinky dresses came with latticed backs, while at Eudon Choi cosy knits came with rear ribbon ties. 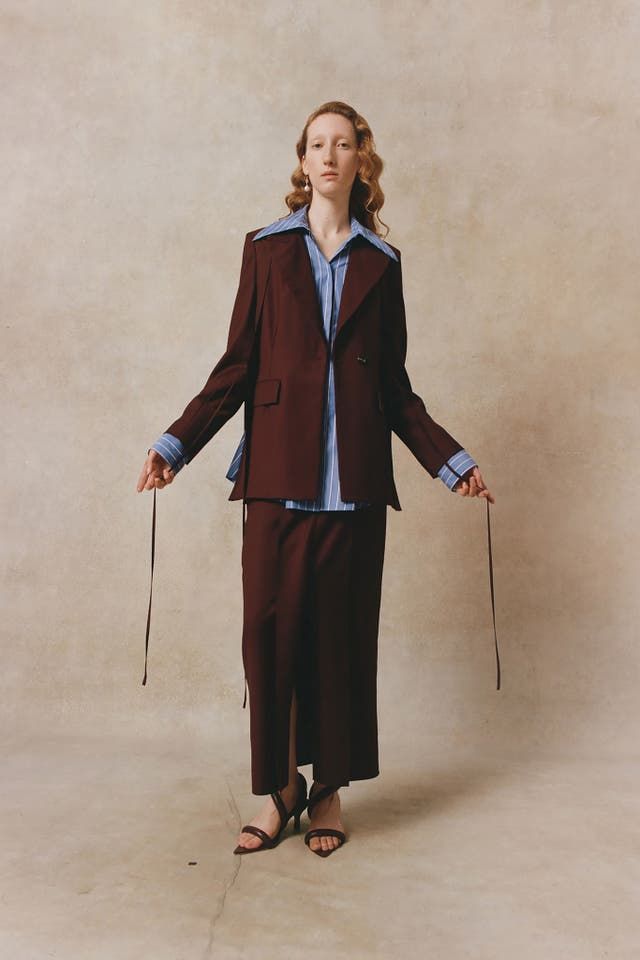 While office life as we knew it has an uncertain future, come autumn we’ll be ready to resume structured dressing in some form. Several designers, among them Palmer Harding, Bora Aksu and Emilia Wickstead, offered smart wool jersey separates and soft-silhouetted tailoring that works as well for the home office as it does the boardroom. 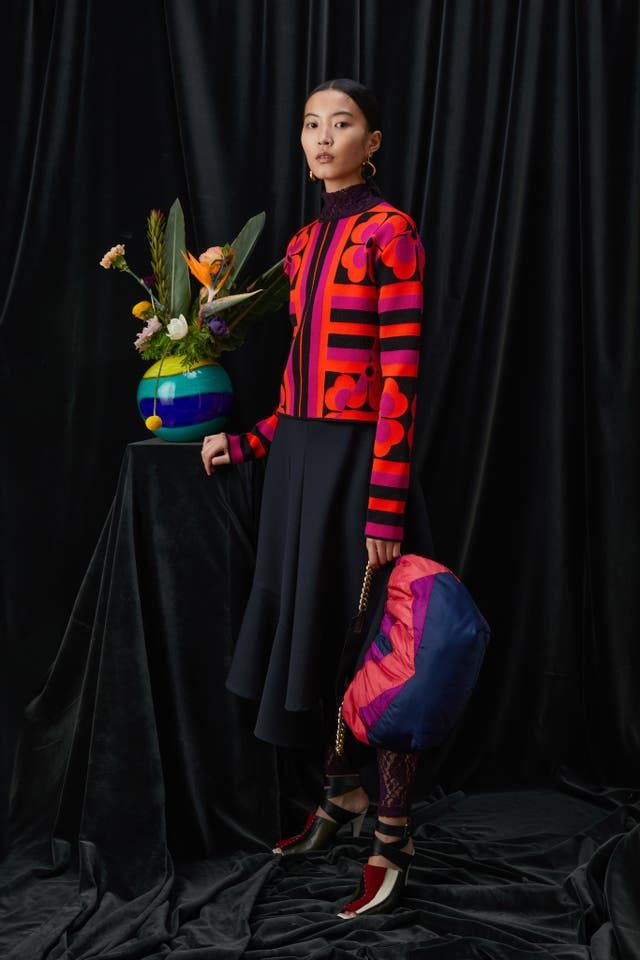 In the year homeware became more important than handbags, fashion’s design darlings turned their attention to our surroundings. Colville launched hand-blown Murano glass vases in primary colours and buoyant stripes that echoed the collection. At Preen, gothic floral dresses and quilted bonnets accompanied a range of chintzy floral cushions from the Preen Home line — perfect for camouflaging on the sofa. 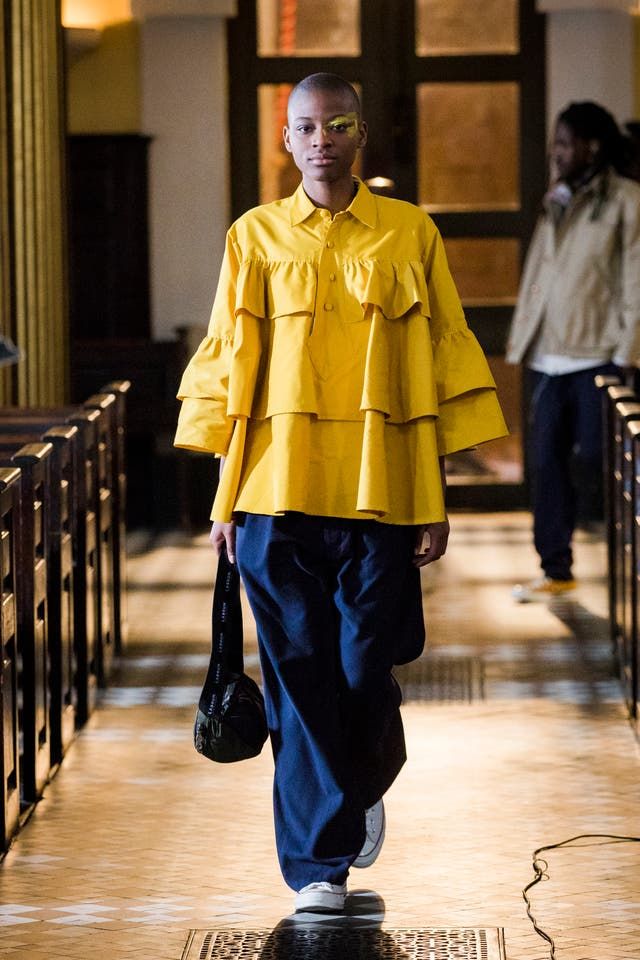 Tik Tok teens have decreed skinny jeans to be over. Whether you agree or not, LFW had many an oversized baggy trouser to tempt you out of your drainpipes. At Acne, giant baggy tweed trousers were paired with oversized golfing knits while menswear label Labrum London paired unisex deep pleat wide-leg cotton trousers with ruffled tops for a laid-back androgynous vibe. 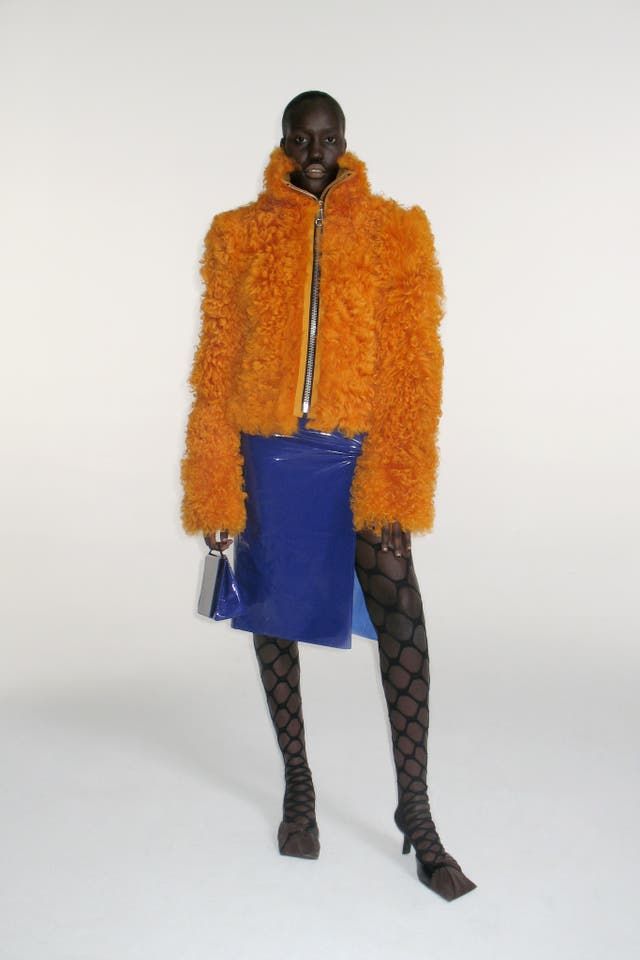 Craving a packed sweaty dancefloor? So was 16Arlington, which delivered some club classics as part of its feather and leather-heavy collection. Fishnets? Check. Cobalt blue patent leather midi? Check. Neon orange fuzzy coat for peacocking at the bouncer in the queue? You betcha. 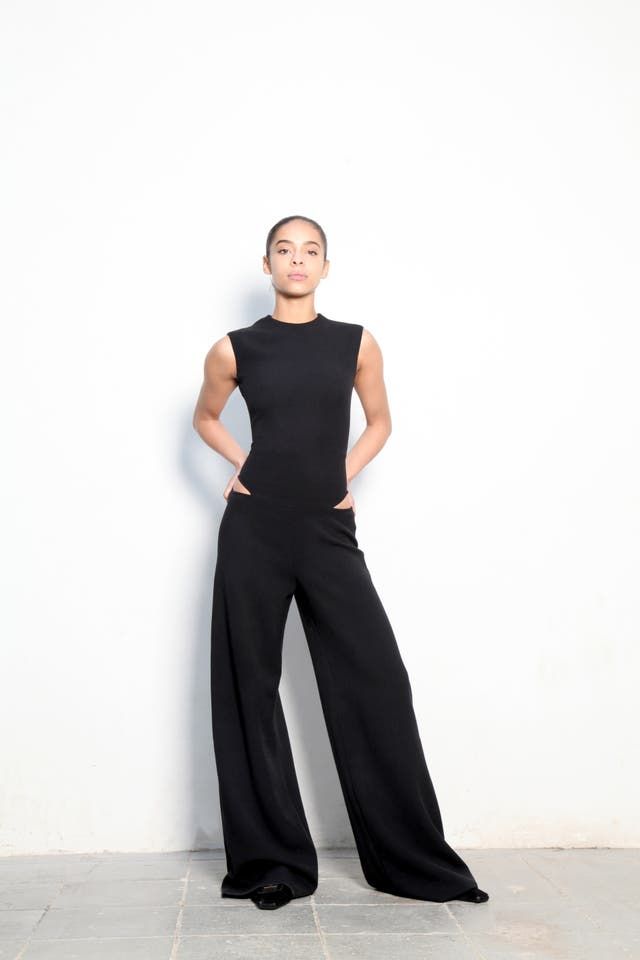 Forget your décolletage or derrière, for the hip bone is officially the new erogenous zone. Max Zara Sterck did black jumpsuits with chic slashes at the pelvic bone, while Sonia Carrasco’s suiting championed the hippest of hip holes. 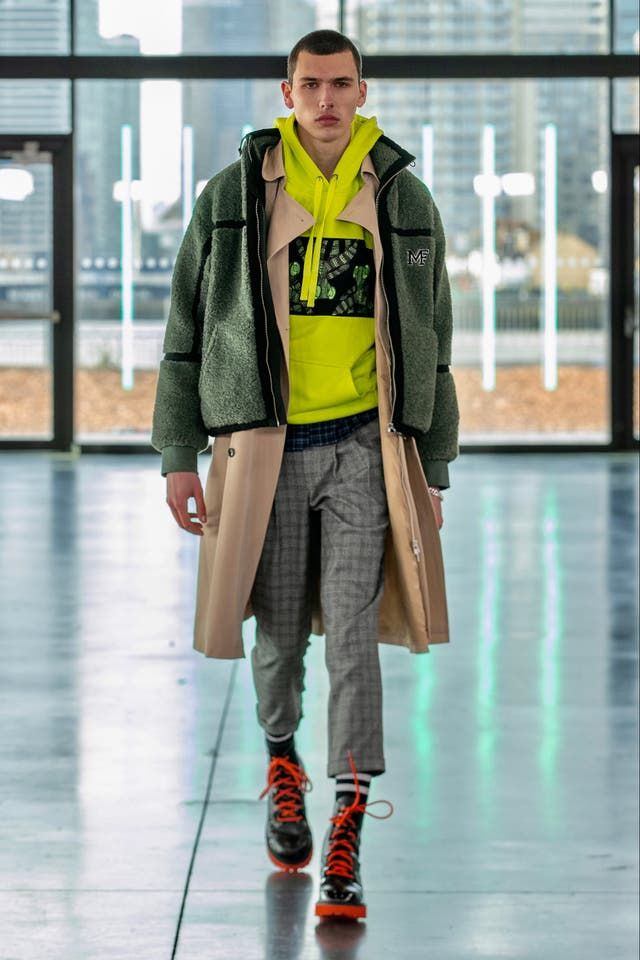 With most of us destined for UK holidays this year, designers delivered clothing for camping weekends and hiking retreats. Riccardo Tisci’s first menswear-only presentation for Burberry was dedicated to countryside rambles — “enclosed indoors, I dreamt of the outdoors and its beauty,” said the designer. Mark Fast offered neon iterations of outdoorsy fleeces and hiking boots. 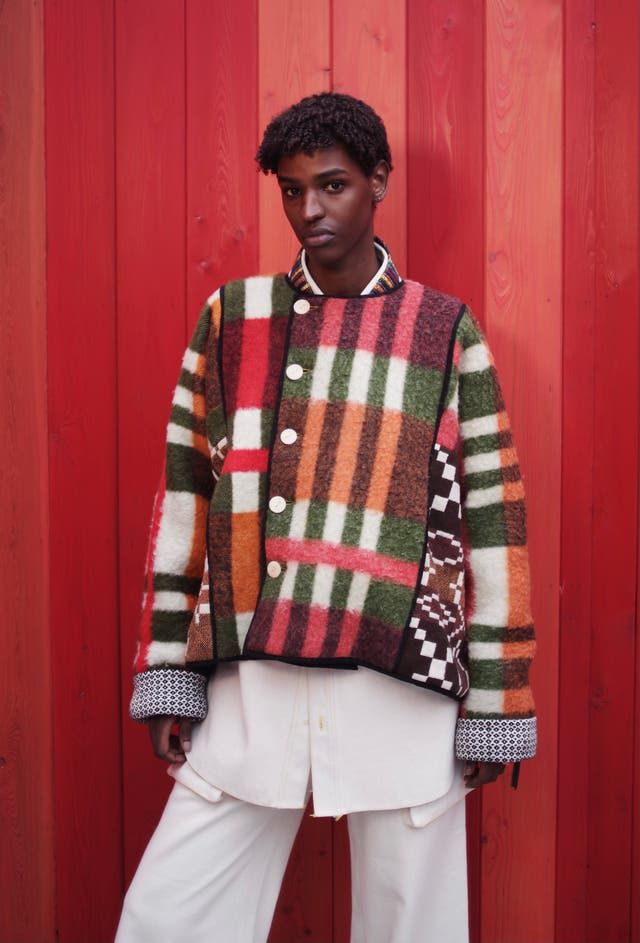 In fashion’s mission to be more mindful, upcycling continues to gather pace. Liam Hodges reworked vintage T-shirts and Matty Bovan sewed upcycled Swarovski crystals onto belts and skirts. Sustainability poster girl Bethany Williams released a super cool unisex collection of colourful coats created from upcycled blankets, the proceeds from which will go to The Magpie Project, a charity that supports women and children living in temporary, unsuitable or no accommodation. Shop them at Selfridges now.