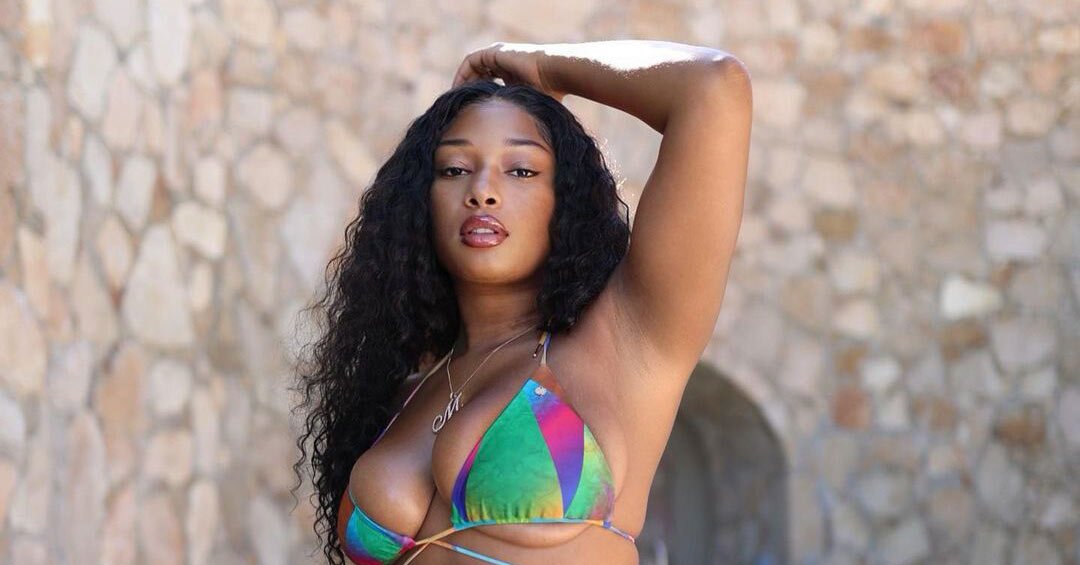 "When it comes to body nobody bodying me," Megan Thee Stallion captioned her bikini shots on Twitter

Megan Thee Stallion is showing off her "body-ody-ody."

The rapper shared a series of Instagram posts on Wednesday, posing in a multicolored triangle bikini. In the first set of photos, the rapper, 25, strikes four different poses in the two-piece set, which she accessorized with a diamond "M" necklace.

"His friends and his dad hate me," Megan cheekily captioned the shots, which earned love in the comments section from fellow celebrities like Gabrielle Union, SZA and La La Anthony.

Megan shared the same set of photos on Twitter with the caption, "When it comes to body nobody bodying me."

In her second Instagram post, Megan is seen wearing the same multicolored bikini while sitting on the back of a yacht. She also shared a close-up of her diamond "M" necklace, bikini top and matching ombré yellow and green nails in the same set with the caption, "Hot girl s—." 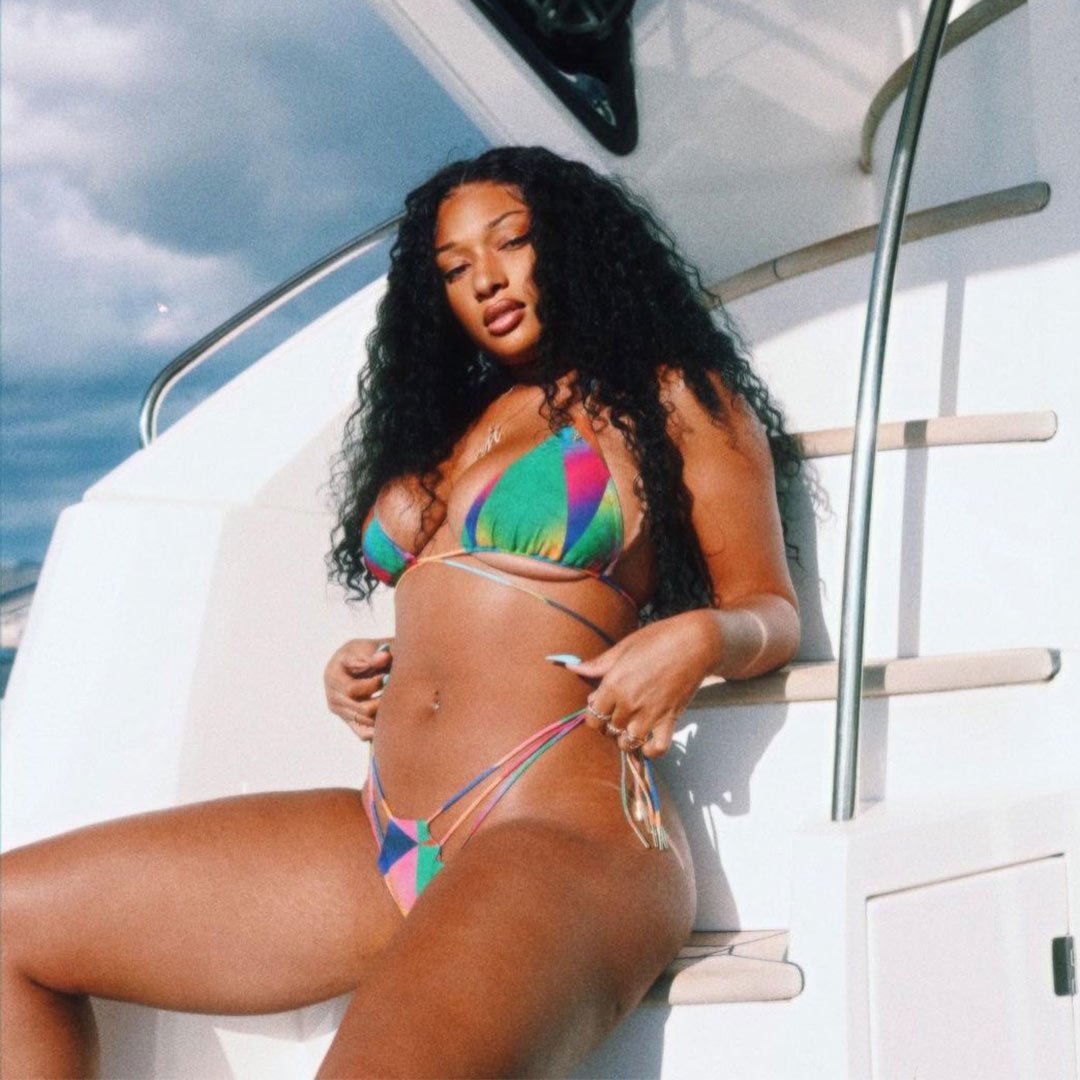 The yacht snap might've been inspired by her pal Jay-Z. During an appearance on The Late Show with Stephen Colbert earlier this month, Megan revealed a piece of advice he had given her: "If I'm having a bad day, he'll be like, 'Megan, girl you need to be somewhere driving a boat. Turn up. Have a good time. Forget them people.'" 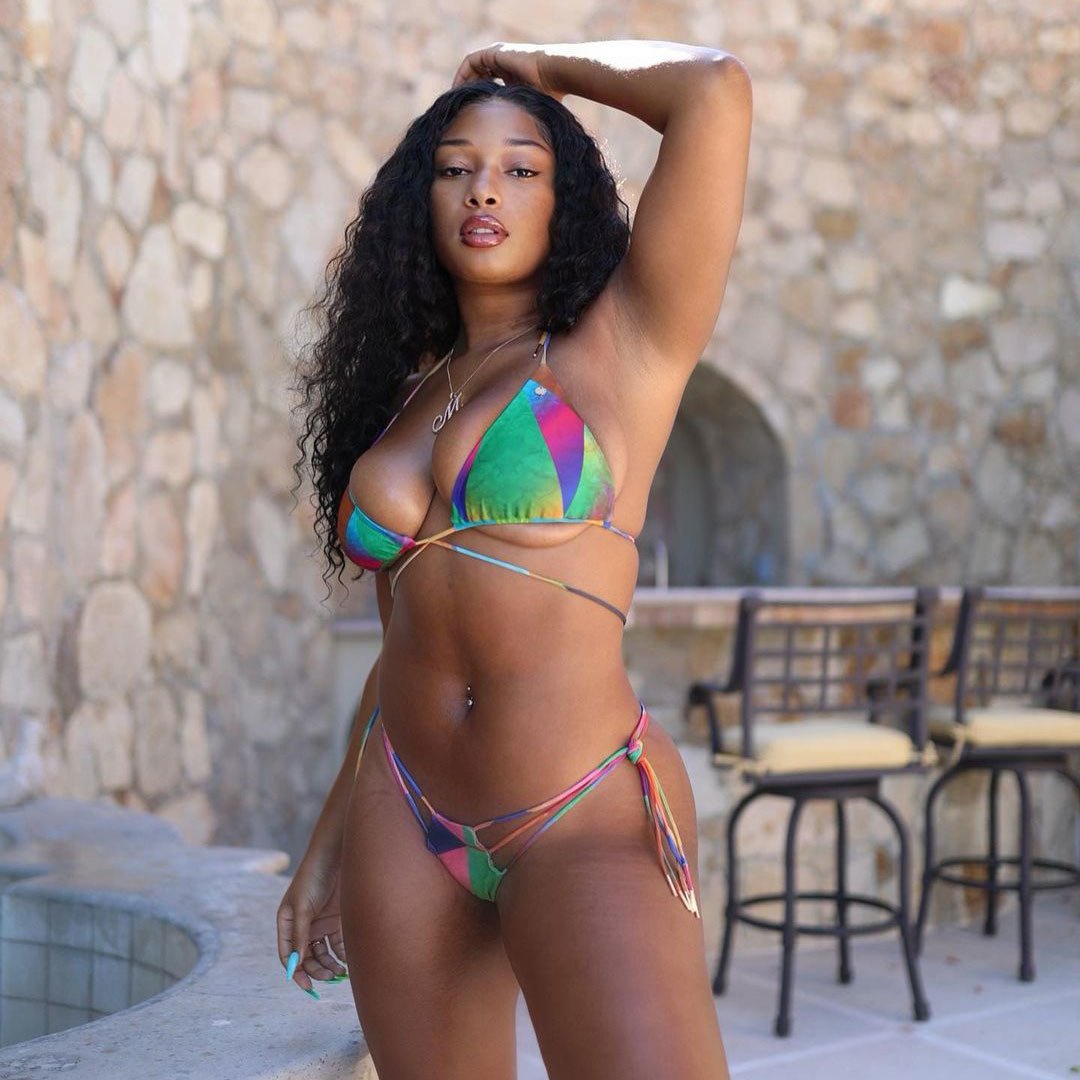 The performance will close out a rollercoaster year for the star, who released her debut studio album Good News last month.

"I titled it Good News, because yes, we've been having an extremely crazy year and it felt like we were given bad news back to back," Megan told Entertainment Tonight ahead of the release. "I felt Megan Thee Stallion needed to drop some good news." 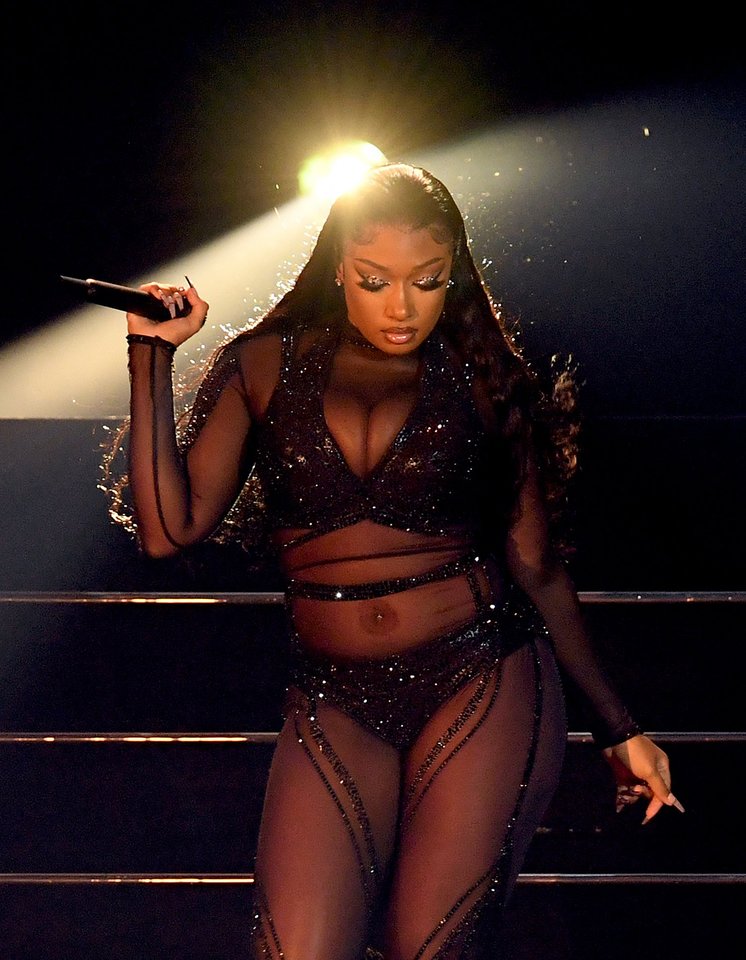 Megan's collaboration with Cardi B, "WAP," climbed all the way to the top of Billboard's Hot 100 songs chart upon its debut in August.

The rapper also hit No. 1 on the Billboard Hot 100 for her "Savage" remix with Beyoncé. The song earned her three nominations at the 2021 Grammy Awards being held in Los Angeles on Jan. 31, as well as a nomination for best new artist.