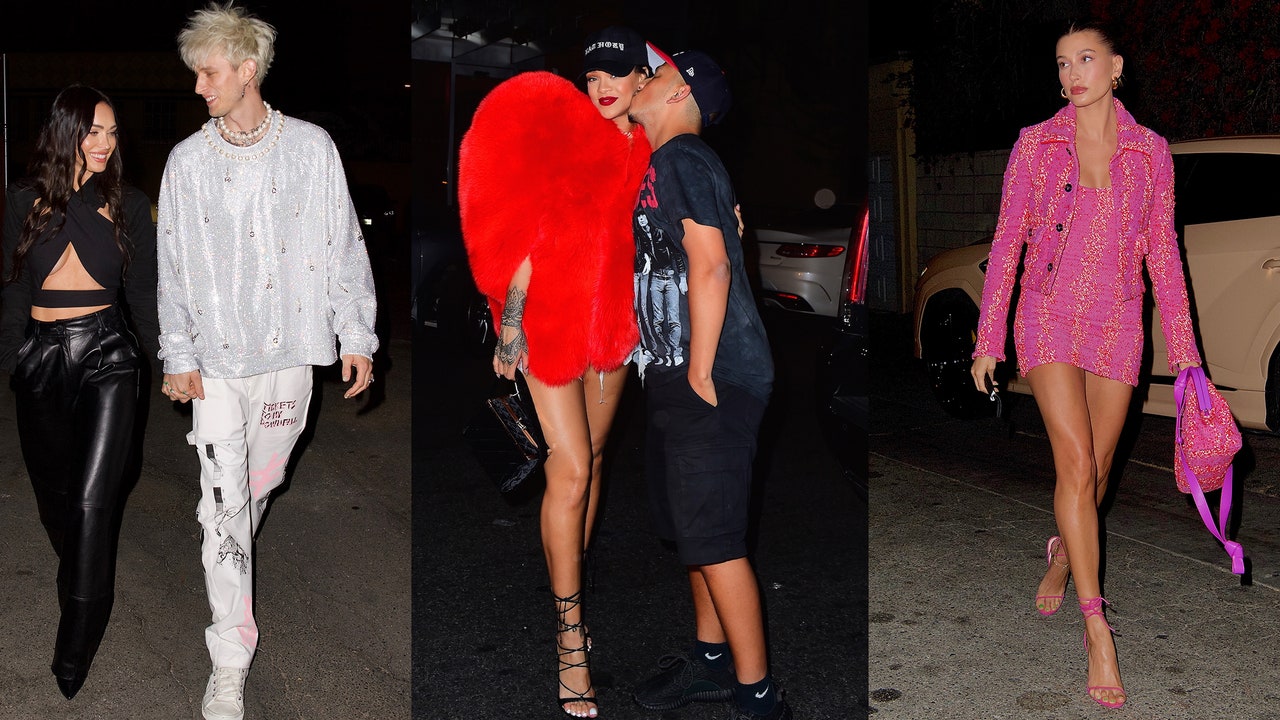 His stylized shots of celebrities are setting a new standard for street style.

The relationship between celebrities and the people who photograph their lives is symbiotic. Even in the age of online self-promotion and curated social media feeds, many stars wouldn’t be as prominent without the pictures that help shape their image every day. Still, the people who take those pictures are rarely viewed as artists in their own right. The paparazzi tend to be portrayed as a collective whole, and are seldom discussed as part of any wider cultural conversation that isn't to do with their poor track record when it comes to privacy and harrassment.

In the last few years, however, that has begun to change, with a new generation of ambitious image-makers asserting their presence by working with celebrities and cultivating a distinctive visual style. Leading the pack is 26-year-old Miles Diggs, aka Diggzy, the popular photographer whose viral Instagram account and stylized pictures have struck a chord with fashion editors and the internet’s fan armies alike. If you’ve looked at a snapshot of Hailey Bieber taking a stroll in Bottega Veneta, Bella Hadid enjoying her newest vintage find, or Rihanna just existing, it’s likely Diggs had something to do with it. 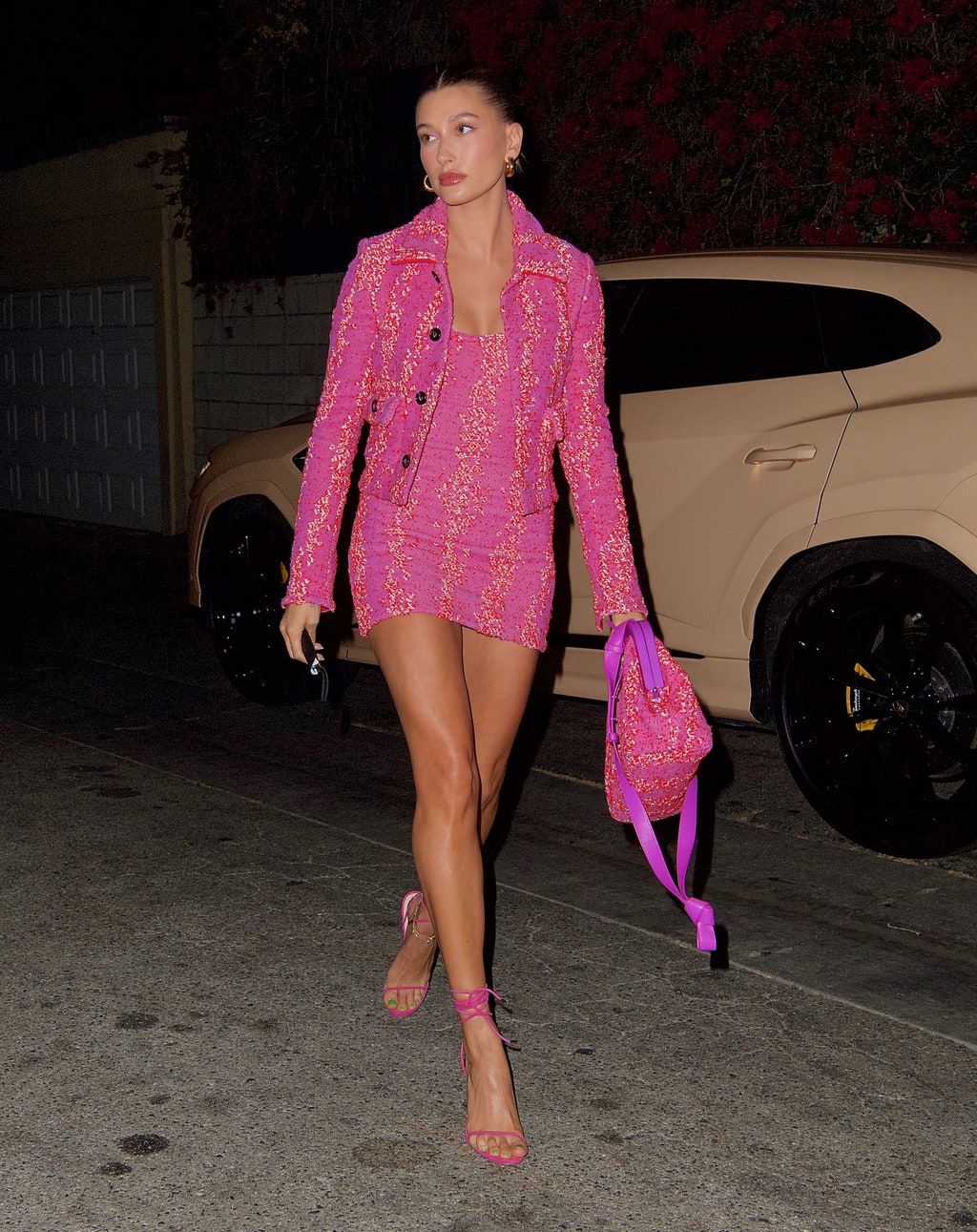 Diggs began his career early. Interested in sports photography as a child, he started taking pictures at youth baseball games and athletic events in his hometown in New Jersey when he was just 11. A natural entrepreneur, Diggs quickly discovered that he could turn a profit selling his images to the parents of the players. From then on, he knew photography would play a role in his future. “I just had that entrepreneurial spirit, but I assumed my path would take me into sports photography,” Diggs shared on the phone from Los Angeles. “I thought being at all the big sporting events or sitting on the field at Yankee Stadium would be cool, but eventually, my combined love of sports, photography, and celebrity brought me here.”

The transition to celebrity portraits began with a brief detour into the world of autograph sales. Collectors might be willing to pay top dollar for signatures, but seeking out the names that will garner the most interest requires stealth. A teenager when he began to collect and sell autographs, Diggs would make the trek into New York City from New Jersey to attend media events. Still, it wasn’t until a chance encounter with Alicia Keys and Swizz Beats in 2012 that he began to see the potential in paparazzi photos. “I came across them in SoHo, but I didn’t have anything for them to sign,” Diggs explains. “I thought, okay, let me try and take their photo, which caught them off guard a little because I didn’t know what I was doing. Alicia was just so dope about everything. She said, ‘Alright, but just let me fix my hair first!’ So I waited and it turned out great.” \ 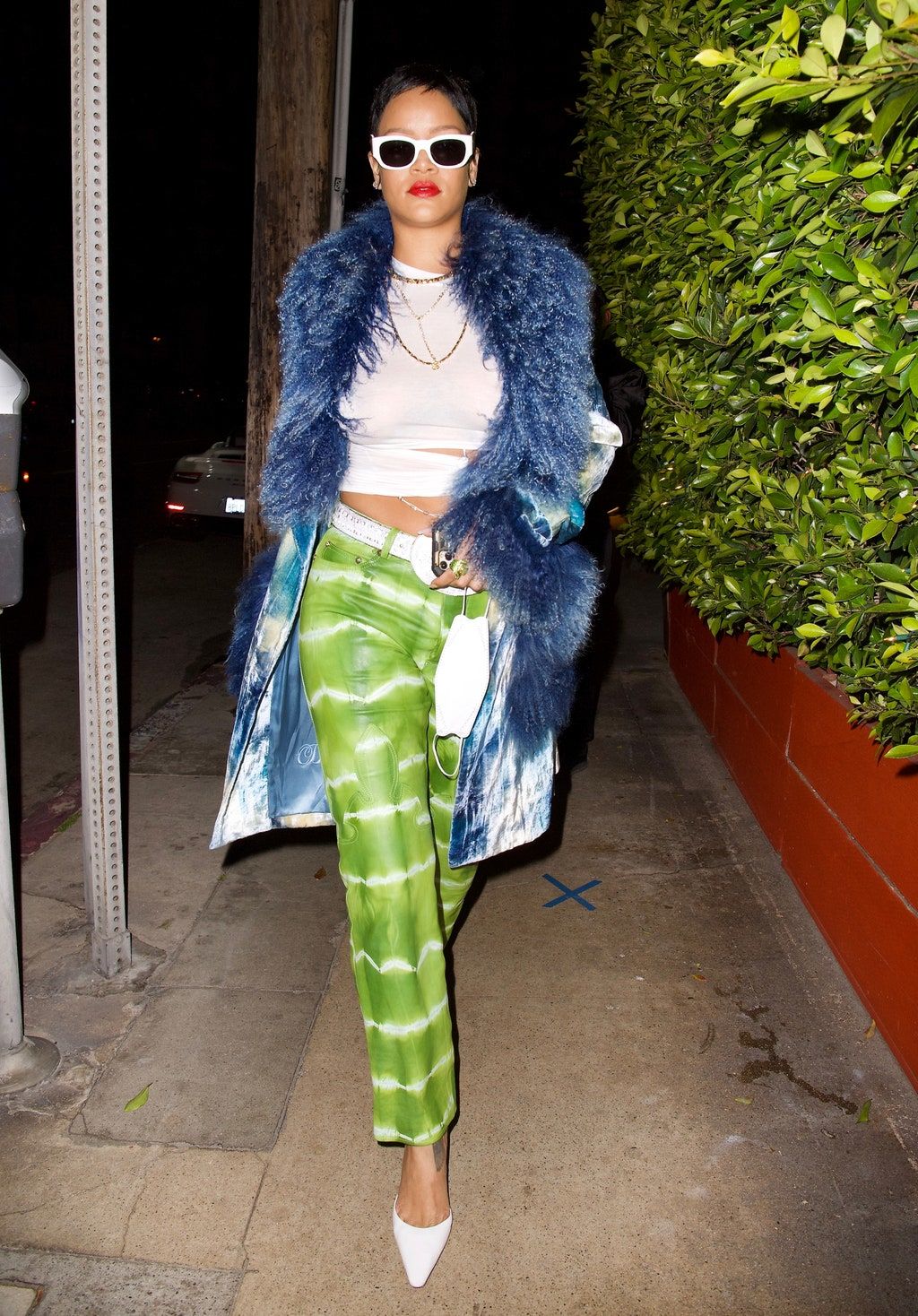 The encounter would prove educational. Where most celebrity off-duty pictures are shot on the fly without the star’s consent, Diggs understands the value of building a rapport with his subjects, who he seeks to portray in their best light. “Slowly, I became friendly with people; they would see me have a positive experience each time, and the relationship would grow,” says Diggs. “Just being a down-to-earth regular person and treating people like they are people is enormous.” Such courtesy might seem like common sense, but it can be surprisingly rare among the chaos of fans and photographers eager to get their shot at a red carpet event or waiting outside a five-star hotel. “Sometimes it takes turning down a photo if you see someone who does not want to be photographed,” says Diggs. “There have been times when someone has come up to me and said, ‘Hey, please do me a solid because I’m not with it today,' or they don’t want a picture taken while they’re drunk after a night at a club or headed to a doctor's appointment. Whatever the case may be, if they’re not feeling it, you have to respect that; it goes a long way.” 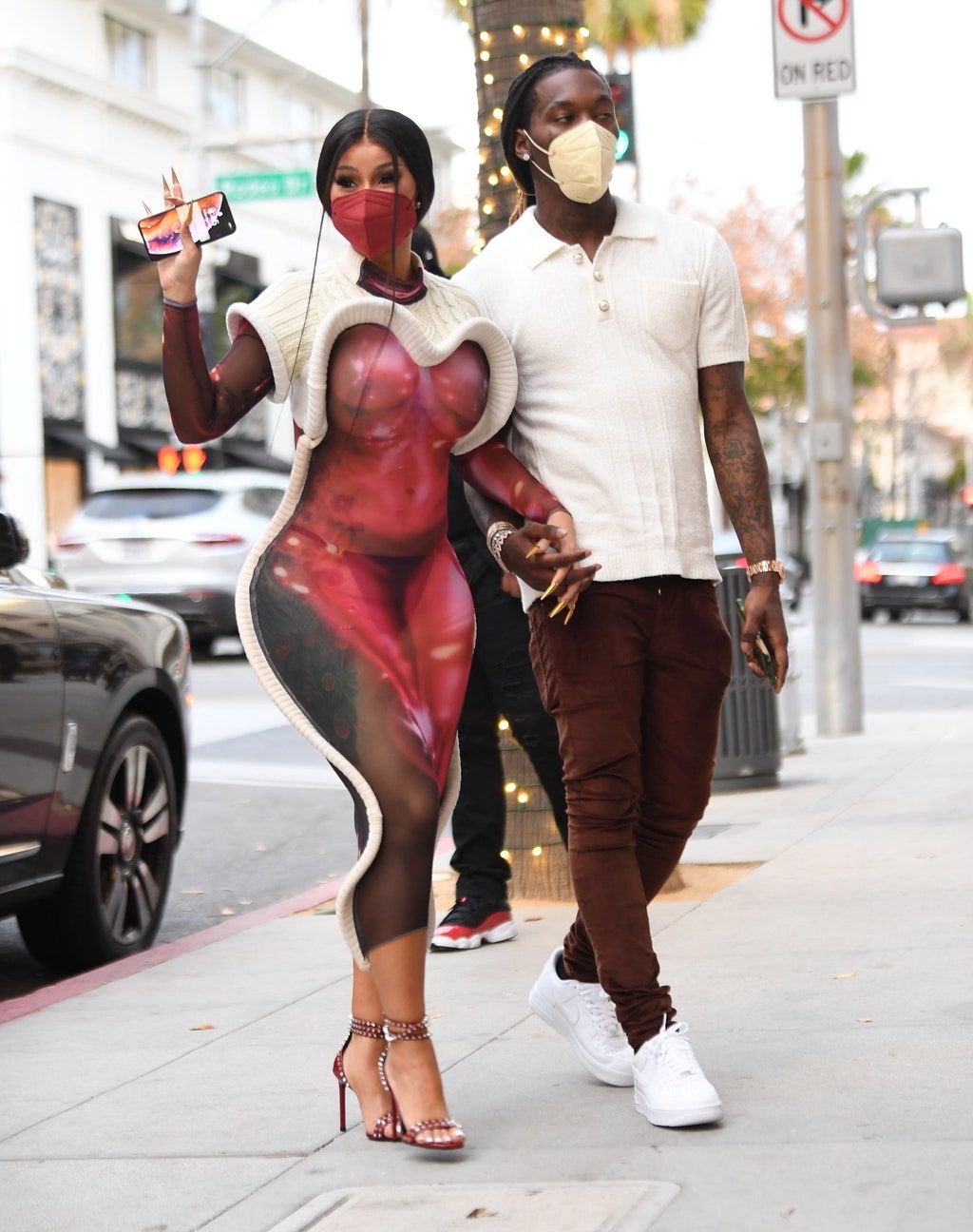 A look through Diggs’s portfolio reveals the benefits of this graciousness. You won’t find people ducking to cover their faces or looking out of sorts; instead, his shots are as clean and composed as editorial imagery. Often the subject is smiling or engaged in the picture, and their style is always shown in its very best light. “I see each photo as a candid portrait,” says Diggs. “Even if you only have seconds to react, I want the lighting to be right and the image to be beautiful. I’m a perfectionist, so I try to predict where they’re going to walk, which side of the car they might get out of; if there are pedestrians around, I think ‘okay will I have to adjust for that?’ I take into account every factor, and I shoot using manual settings.”

That attention to detail has led to his images becoming a staple for celebrity street style coverage, while also leading to opportunities to work one on one with performers to create fashion imagery. “I always want to make sure that they’re put together,'' says Diggs. “That’s why stylists and celebrities have flocked to me and want to be photographed. It doesn’t just come down to editing in post; you have to have the positioning, lighting, and composition right. These aren’t just a reflection of them it’s also a reflection of my work, and the goal of my job is to ensure that people look their best. Celebrities get attacked when they look bad in these pictures-and no one looks good when they’re caught off guard.”

Like many, Diggs has seen the nature of his work shift during the past year. Due to the coronavirus crisis, fewer people are out and about, with the majority of stars taking this as an opportunity to curate their galleries on social media and hiring photographers directly. For Diggs, who moved to Los Angeles when work dried up on the East Coast, these changes presented some unlikely opportunities. “The mindset has completely changed,” he says. “People understand that it benefits them. They’ve got their social media, a full-time photographer following them around at times. If these images are going to live on magazines, blogs, television, and be printed around the world, there’s no reason not to make sure that they’re as flattering as possible.”

The added scrutiny can also lead to misconceptions, though. “There is this idea now that every photo is staged,” says Diggs. “No one sees the hours of work that goes into getting the image. It can take days before you get the proper photo you want.”

Diggs’s images have proven especially popular online thanks to his Instagram account and pop star “stan” armies who eagerly await each update. “Social media is such a huge part of things,” says Diggs. “It caters to each fan base, and I like to provide them with the shots they want to see, so now I have hundreds of thousands of Ariana Grande and Justin Bieber fans watching.” Still, while audience engagement is nice, the moment Diggs’s images hit the internet, they wind up on fan sites and other platforms where compensation isn’t provided. To counter that, he now posts his Instagram shots with a unique black and white background to lend them a distinctive-and easily identifiable-Diggzy touch. “I love to spotlight the colors and make the outfits pop,” says Diggs. “The watermark prevents outlets and blogs from just running things which protects the copyright, but it also allows me to share things in advance to an audience that cares.”

After years of capturing images of Hollywood’s best dressed, Diggs has developed an eye for who within the celebrity world truly delivers the goods when it comes to fashion. An admirer of Megan Fox’s recent fashion update with stylist Maeve Reilly and Ariana Grande’s girly take on sportswear, he clearly keeps up with the ever-changing world of style. So his favorite person to shoot should come as no surprise: “Rihanna is unbeatable,” he says. “People like that make my job easier. You can’t get a bad photo of her even if you try!”