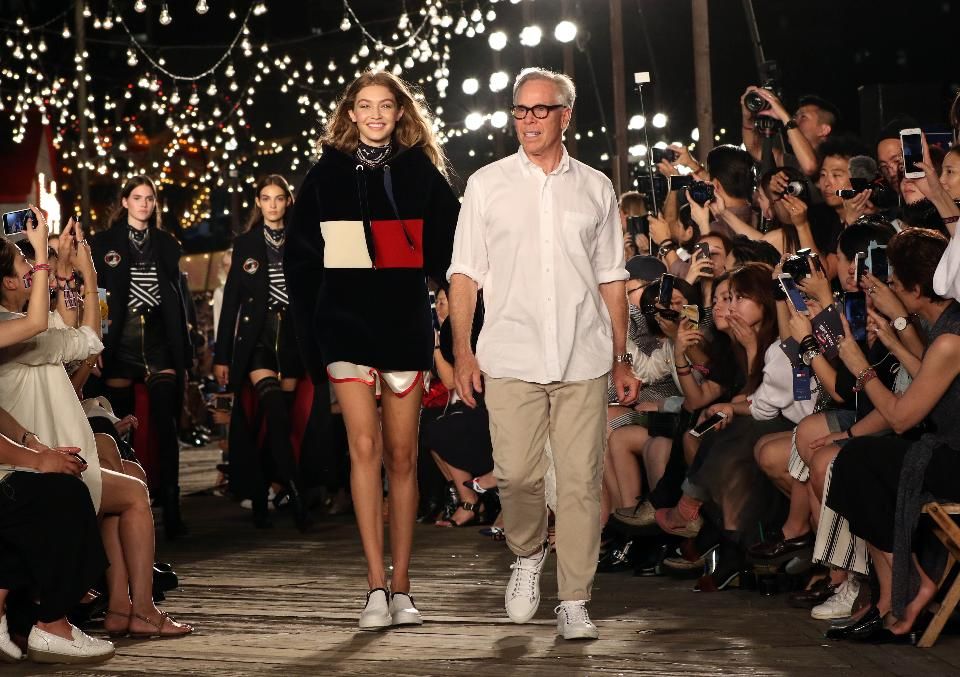 One of the world's most recognizable brands, Tommy Hilfiger has managed to cement its place in American culture.

Tommy Hilfiger opened his first store in his hometown of Elmira in Upstate New York while still in high school. In 1984, he launched his own label, and nearly four decades later Tommy Hilfiger is one of the most recognizable fashion brands in the world.

On the designer's birthday, we look back on what made Hilfiger stand out-and stay relevant after decades of shifting trends.

Much of Tommy Hilfiger's rise can be credited to the brand's popularity with those in the '90s hip-hop scene, from Wu-Tang Clan to Snoop Dogg, who notably performed on Saturday Night Live in a Tommy-branded rugby shirt.