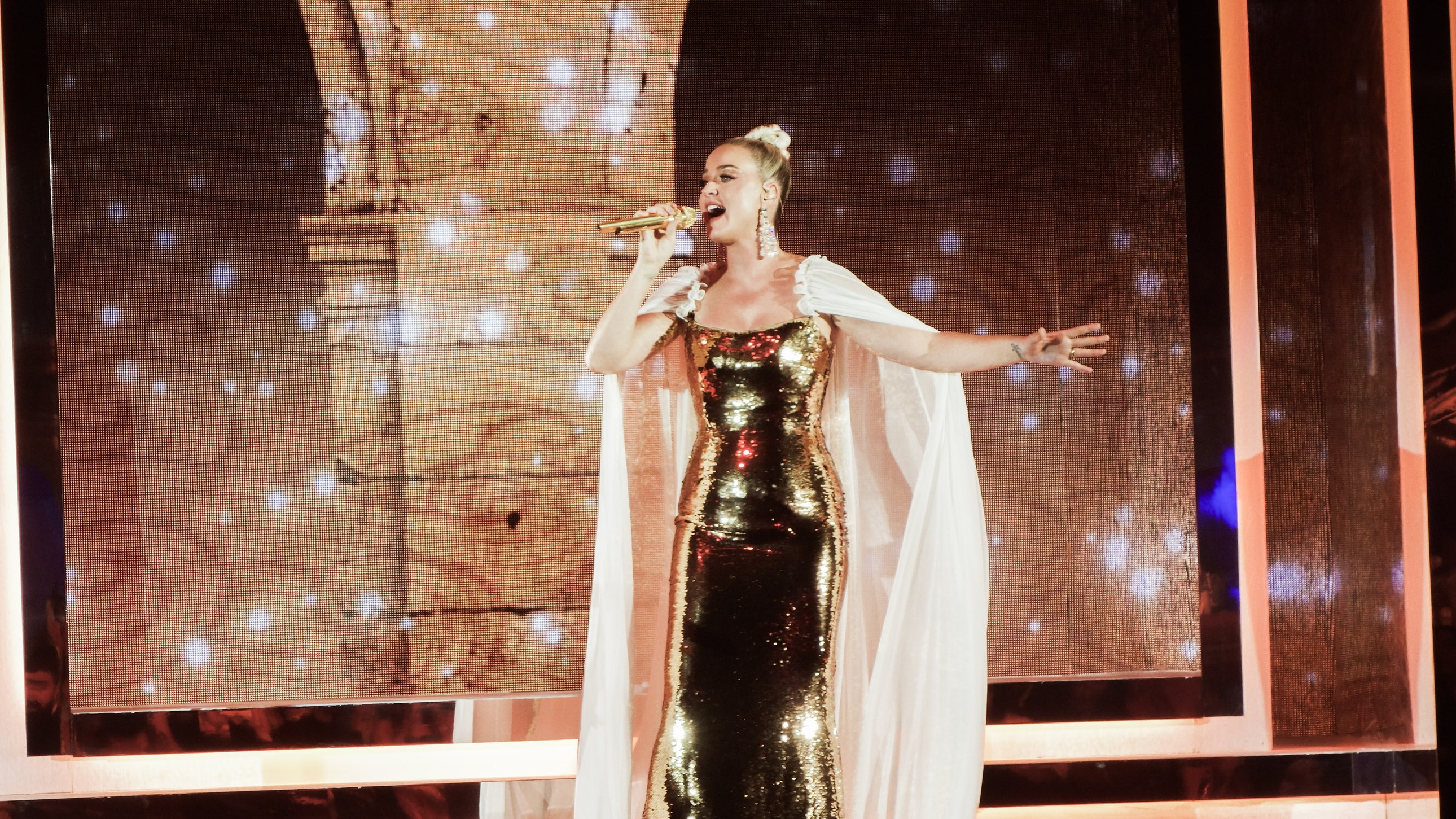 Inside the Blindingly Glittering Gala LuisaViaRoma Hosted with Unicef in Capri

In the summer of 1958, Slim Aarons landed on Capri and took some incredibly memorable photos of the island. It’s a series of images that feature the sweetest levels of la dolce vita, and on Saturday night, many of them were up from auction at the LuisaViaRoma for Unicef gala which was hosted at Capri’s Certosa San Giacomo-a 14th-century monastery and one of the oldest pieces of architecture on the island.

For the past three years, Certosa San Giacomo has been the venue of choice for LuisaViaRoma for Unicef-a blindingly glittering gala that raises funds for Unicef Italia. The annual fundraising dinner has always brought out the best (and most generous of patrons), but since LuisaViaRoma came on board four years ago, the fashion wattage has been turned up and up. This was certainly the case last night when a bevy of modern-day swans, influencers, aristos, and the deep-pocketed-types descended on the island for the event. It was an international guest list that included Emily Ratajkowski, Eiza González, Sydney Sweeney, Cindy Bruna (who topped the best-dressed list in Balmain), Sabrina Elba, Maria Bakalova, Kate Davidson Hudson, Dylan Penn, Karolina Kurkova, Natasha Poly, Nicky Hilton Rothschild, and more local favorites like the young Italian TikToking sensation San Giovanni.

On the afternoon of the event, LuisaViaRoma took over the theater of the Grand Hotel Quisisana, transforming it into glam HQ. Inside were racks of clothes able to be loaned for the night to many of the guests who also received hair and makeup. The group was also luxuriously smeared with Augustinus Bader products to get a glow for the night-that is, if they hadn’t picked up a nice sun kiss on the beaches of Capri.

At twilight, 600 or so made their way down the narrow, serpentine, and centuries-old city streets headed toward Certosa San Giacomo. The whole scene evoked a religious procession of fashion disciples. Those in pin-thin stilettos had a difficult time-Capri is a city for flat leather sandals, after all.

Along the way, locals eager to catch a glimpse of A-list guests positioned themselves along the route. Would Bennifer, who had just graced the island with their presence, be among the guests? (They would not.) Would Madame, the 19-year-old Italian musician who had captured her country’s heart, be there? (She was, and she opened the night with a song.) Once guests arrived at the venue, they snaked around the medieval cloisters decorated with flowers and walked through candlelit hallways that built anticipation for the evening ahead.

“We are the leading UN agency in providing clean water to children and families. We are the ones who bring the vaccines to the children in need to any corner of the world,” said Paolo Rozera, Unicef Italia Executive Director, to his guests, who were now in their seats at the open-air dinner. Though it was easy to get swept up in the romance of the night, Rozera served to remind everyone why they were all there: to help raise funds for children in need all over the world. “We don’t stop at any obstacle if there is a child who needs us,” he continued.

In the audience, Katy Perry, wearing an elegant black vintage Pierre Cardin dress, sat with her mother and fiancé Orlando Bloom. She caught up with fellow new mom, Ratajkowski, who also dazzled in black. At a nearby table, Karolina Kurkova could be seen hugging Edward Enninful while John Legend was busy preparing for his performance. It was a crowd filled with celebrities, but more than that, most everyone was a parent who fully understands the importance of what it means to care for children.

Midway through the night, Legend took to the stage, filling the humid air with his Grammy-winning love songs. He had just donated a piano to be auctioned off-one of many exciting lot items that included a 1961 Cooper Formula Junior racecar owned by Steve McQueen, art from Andy Warhol and Alex Israel, and a notebook owned by Pablo Picasso.

All in all, the auction fetched over 5 million euros-100% of which will go directly to Unicef Italia. It’s absolutely worth noting that since the outbreak of the pandemic, Unicef has been hard at work and is facilitating the distribution of COVID vaccines around the world; plus, the non-profit organization is educating healthcare professionals in the proper administration of it.

“Doesn’t it feel good to be together again,” said Perry, onstage, now in a glittering gold Dolce & Gabanna dress with a gossamer white cape that billowed as she moved. It was the cap of the night and a treat for all the generous partygoers who had purchased the pricy tickets or bid on auction items.

The highlight of her performance came when she called Legend back to the stage to perform a duet inspired by one of the most celebrated Unicef Goodwill Ambassadors, Audrey Hepburn. In her honor, they sang “Moonriver” in an ode to her role at Breakfast at Tiffany’s. It was a magical, melodic moment, and then, just like that, Perry picked up the pace. “I’m going to throw it back to 2008,” she told the crowd of her final song of the night. It all ended with black-tie guests dancing to “I Kissed a Girl,” some standing on their chairs, and most everyone was dancing. “See you at the afterparty!” she announced to the crowd before rushing off stage in a gold flash. 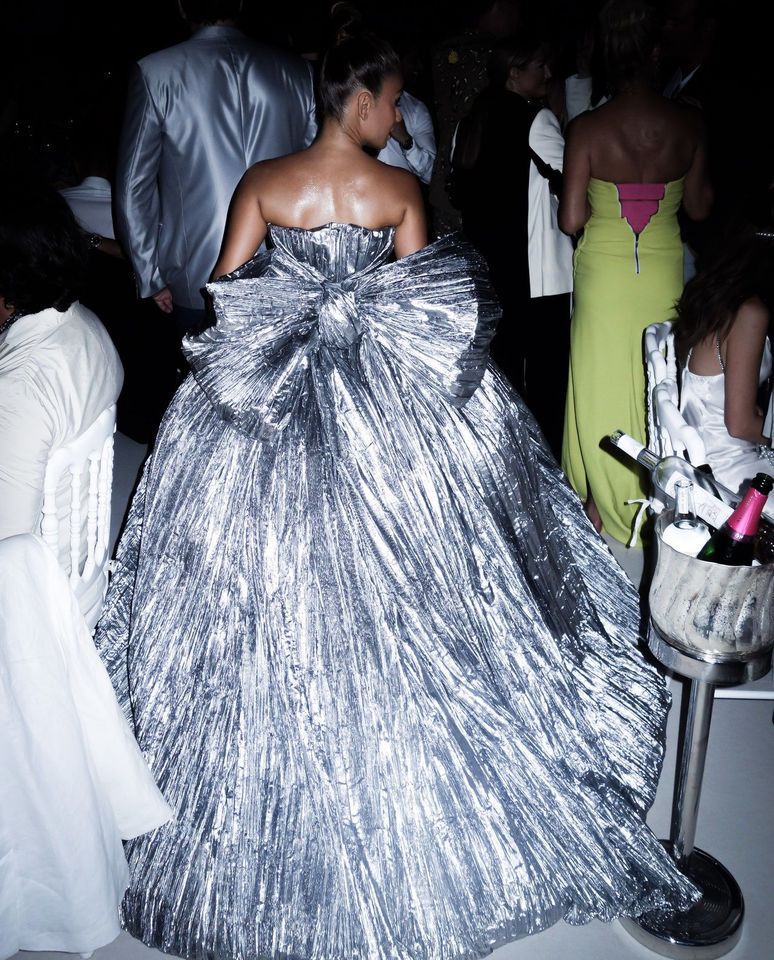 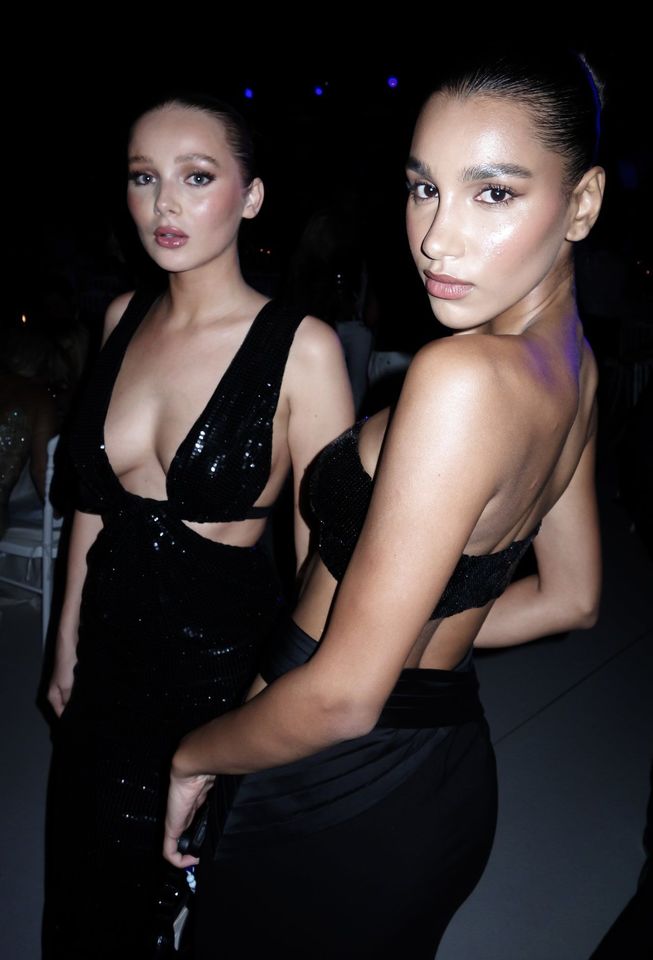 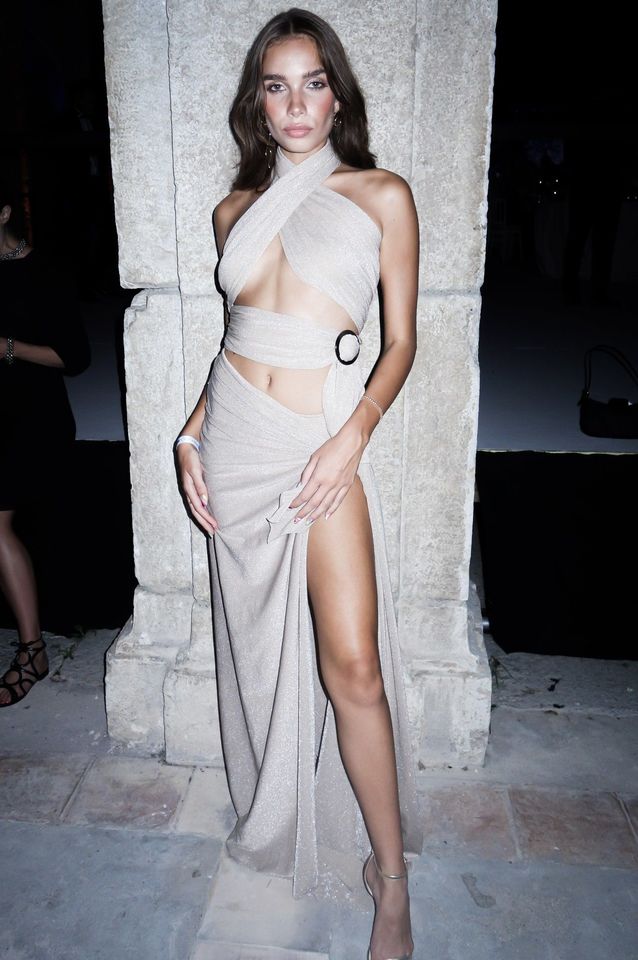 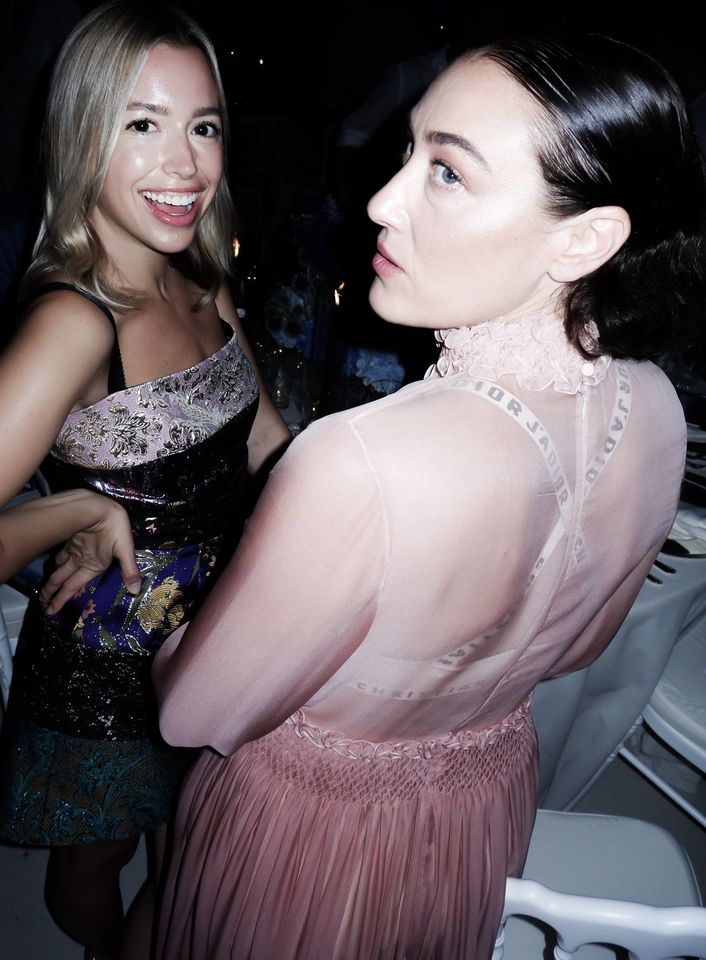 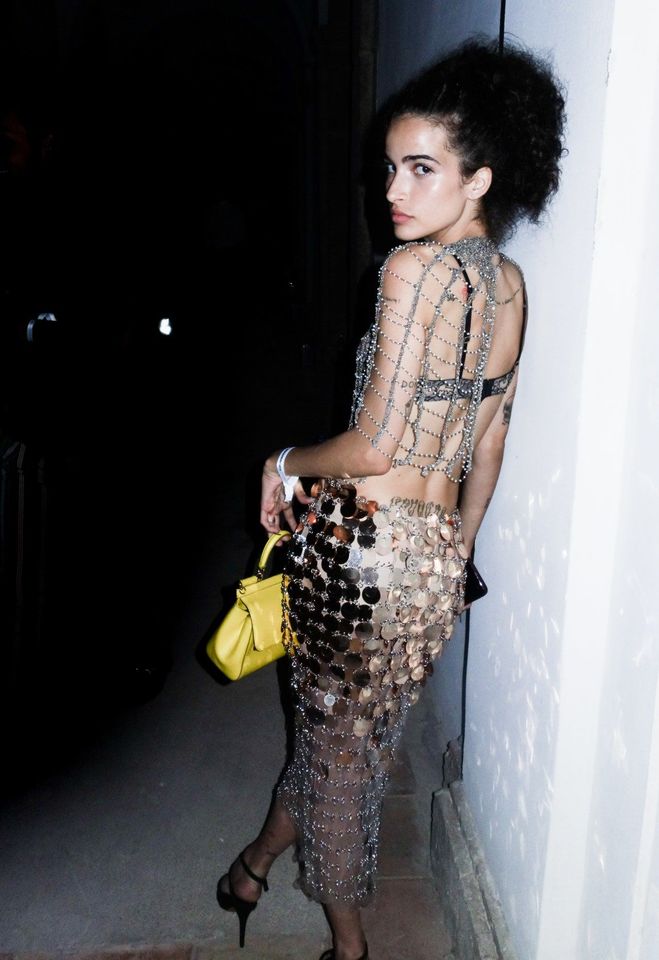 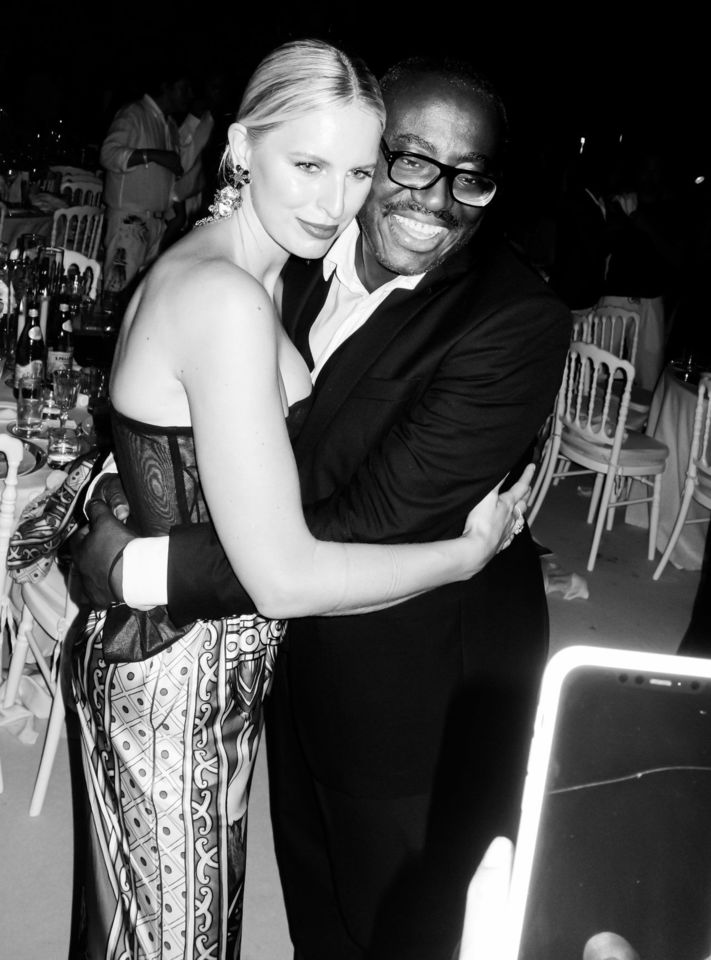 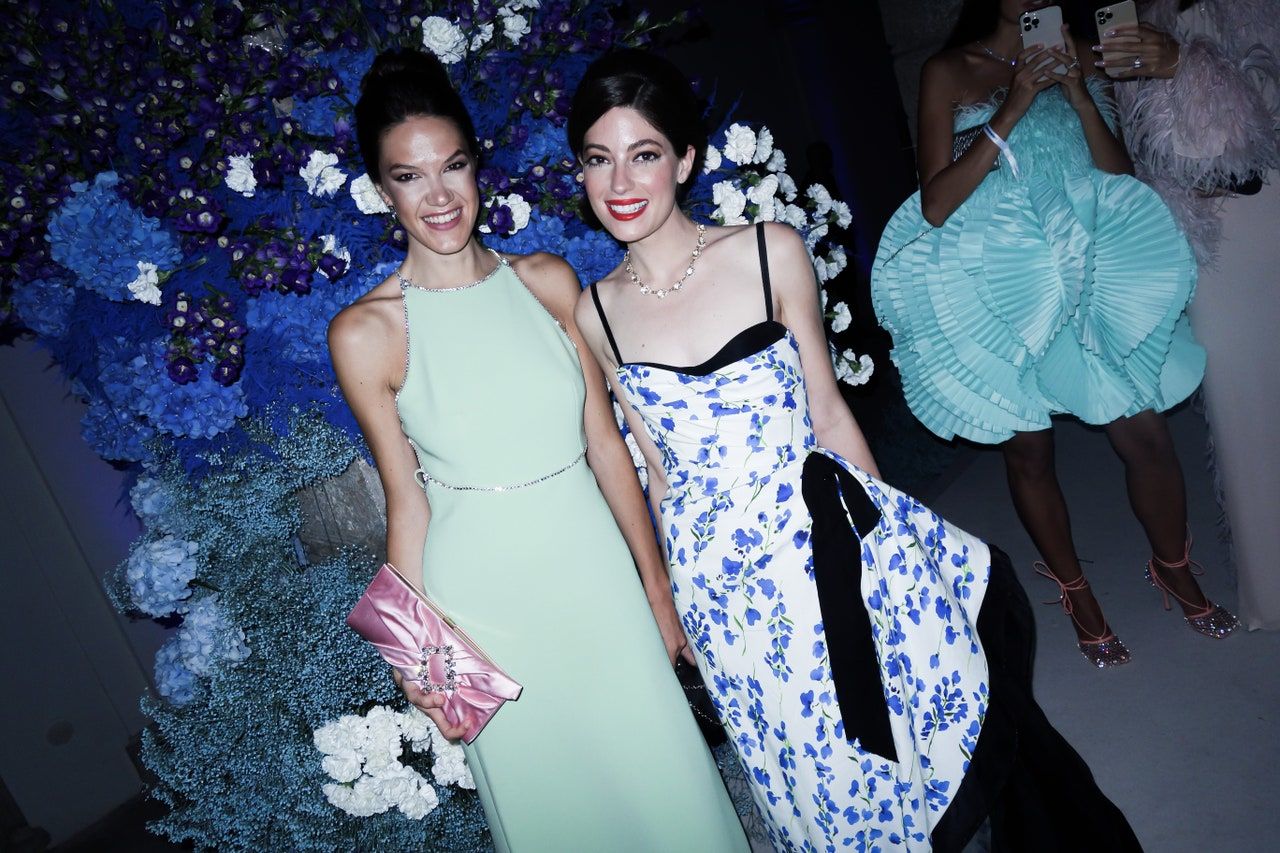