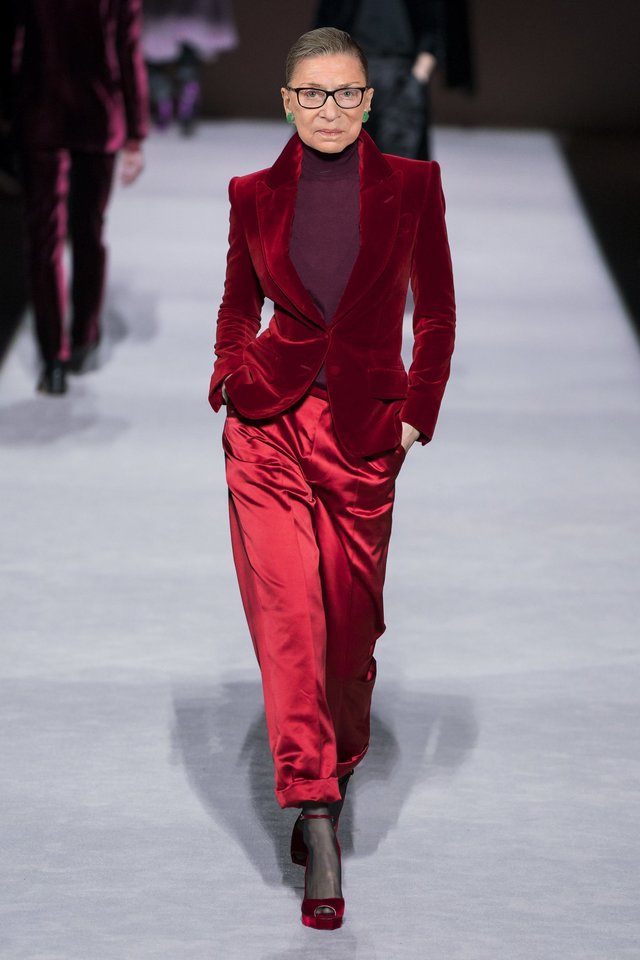 Ruth Bader Ginsburg has served as a Supreme Court Justice since 1993, after being appointed by President Bill Clinton. She earned her bachelor’s degree from Cornell University and went on to receive her a law degree from Columbia University, graduating first in her class. Much of Ginsberg’s legal career was spent advocating for gender equality and women’s rights. Because of this, she has become a pop culture icon in today’s feminist movement and has most recently been the subject of a documentary, RBG, and a drama, On the Basis of Sex. Gloria Steinem’s job titles include writer, lecturer, and political activist, but we know her best as one of the leader’s of the American feminist movement in the late ‘60s and early ‘70s. Steinem has dedicated her life to fighting for women’s rights, forming the National Women’s Political Caucus in 1972. To this day, the organization continues to support gender equality and to ensure the election of more pro-equality women to public office. Other organizations Steinem has co-founded in her vast career include the Women’s Action Alliance, which promotes non-sexist, multiracial children’s education; the Women’s Media Center to promote positive images of women in media; Voters for Choice, a pro-choice political action committee; and the Ms. Foundation for Women. In the 1990s, she helped establish Take Our Daughters to Work Day, the first national effort to empower young girls to learn about career opportunities. Yoko Ono is often robbed of her identity as a female artist and regarded only as John Lennon’s widow, or nearly as frequently, demonized as the woman who broke up the Beatles.”It’s important to know that Ono’s character goes far beyond that. The Japanese multimedia artist is known for her music, installations, and activism often uses her music and performance art to address feminist concerns. Notably, her performance entitled Cut Piece explored power dynamics, gender inequality, violence and victimization, and cultural identity, all of which are feminist issues that remain relevant today. Ultimately, in Cut Piece and throughout all of her work, Ono explored themes that are still at the forefront of feminist thought today. 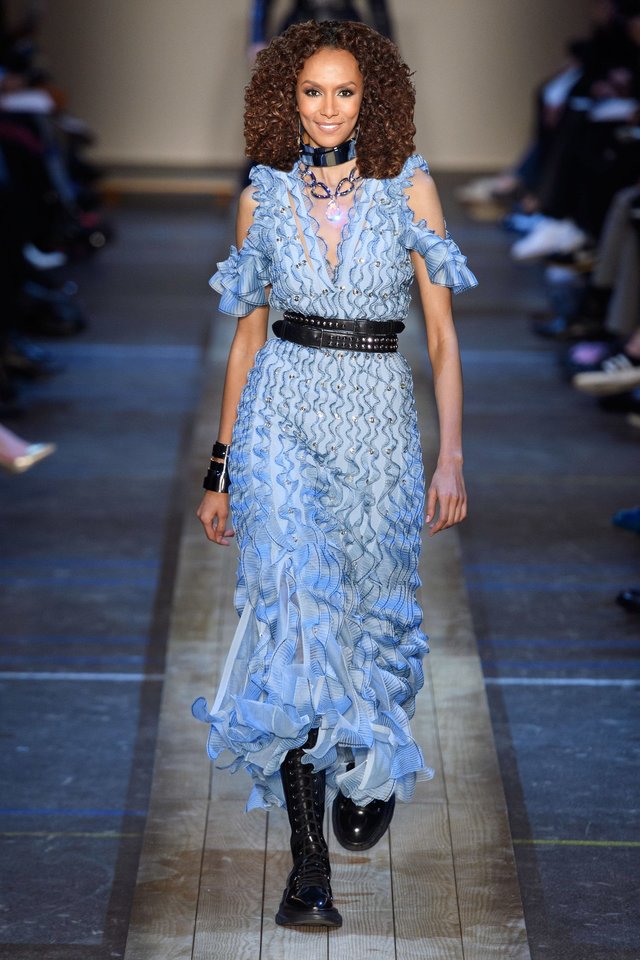 Janet Mock is a trans activist using her writing and other various multi-media platforms to destigmatize being transgender. After coming out publicly as a trans woman in 2011 via Marie Claire, Mock signed her first book deal which became her memoir Redefining Realness. The book quickly landed itself on the New York Times’ best-seller list. Mock also has produced films such as The Trans List which premiered on HBO in 2016 as well as Pose, a show that follows the lives of five trans-women that premiered in 2018 on FX. Mock is a writer, director, and producer on the show, and is the first trans woman of color hired as a writer for a TV series in history. 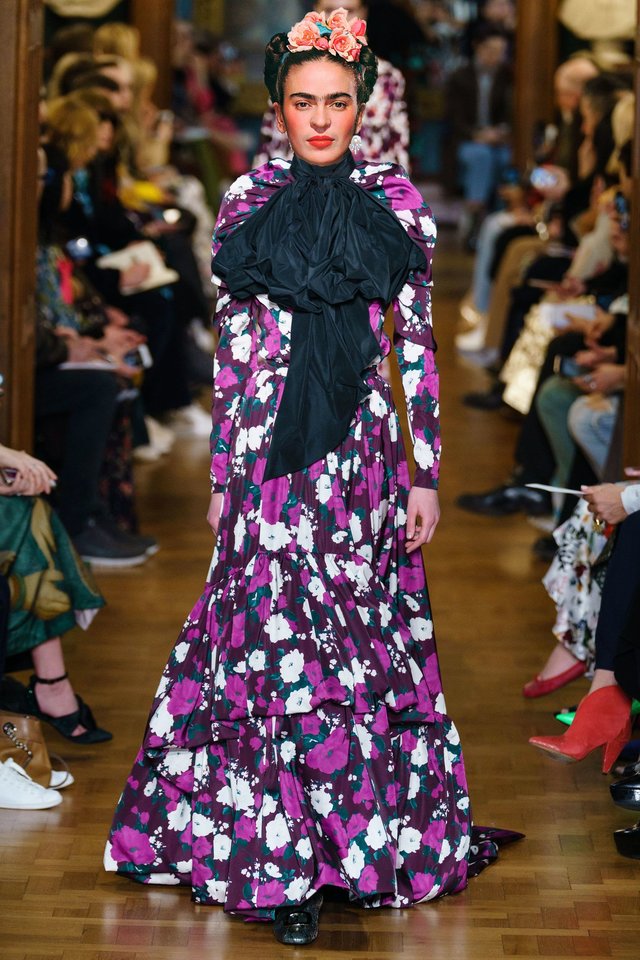 Frida Kahlo was a fierce Mexican painter who confronted gender politics way before their time. Kahlo not only defied gender stereotypes by wearing suits and refusing to alter her masculine features but also was openly bisexual. The artist often deviated from the traditional depiction of female beauty in her paintings and instead opted to paint real women and their life experiences such as abortion and miscarriage. It is also important to know that Kahlo was extremely politically active. Born in a country based on tradition and Catholicism, Frida was openly atheist and actively involved in the communist party. 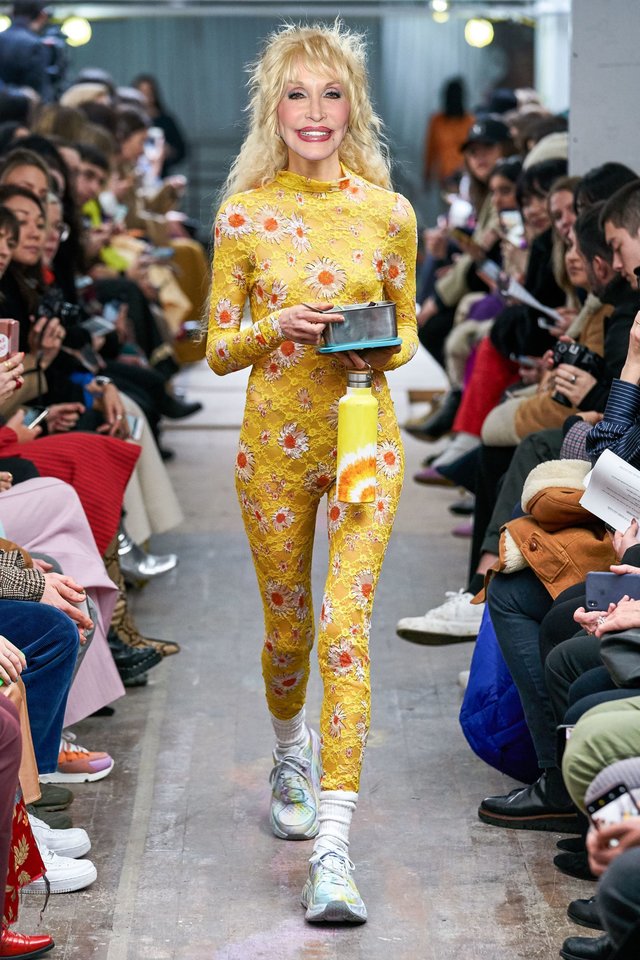 Dolly Parton is a singer, songwriter, instrumentalist, record producer, actress, author, businesswoman, and philanthropist, known primarily for her work in country music. Within the industry, Parton has had success like no other; she currently holds 25 RIAA certified gold, platinum and multi-platinum awards and nine Grammy Awards. Parton is one of only seven female artists to win the Country Music Association's Entertainer of the Year Award. Since the mid-1980s, Parton has supported many charitable efforts, particularly in the area of literacy, primarily through her Dollywood Foundation. The Dollywood Foundation, funded from Parton's profits, has been noted for raising money for several causes, including the American Red Cross and HIV/AIDS-related charities. 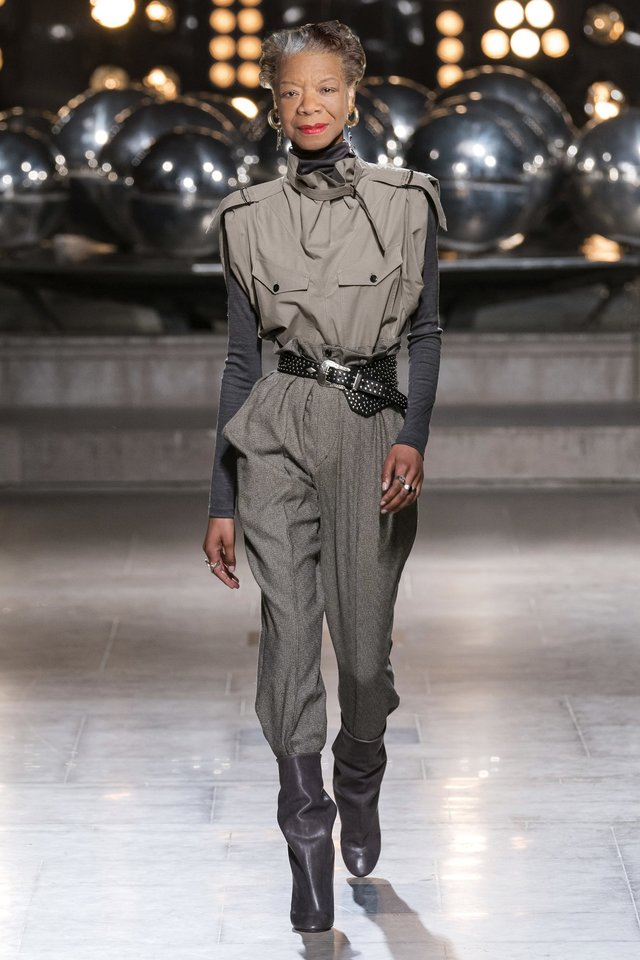 Maya Angelou was a renowned African-American poet, author and civil rights activist. In her lifetime, Angelou published seven autobiographies, three books of essays, several books of poetry, and was credited with a list of plays, movies, and television shows. She was respected as a spokesperson for black people and women, and her works have been considered a defense of black culture. Following her passing, Angelou’s work continues to impact society as her writings are read in schools across the world. Angelou fought for racial and gender equality every single day, and her words carry on that fight to this day. 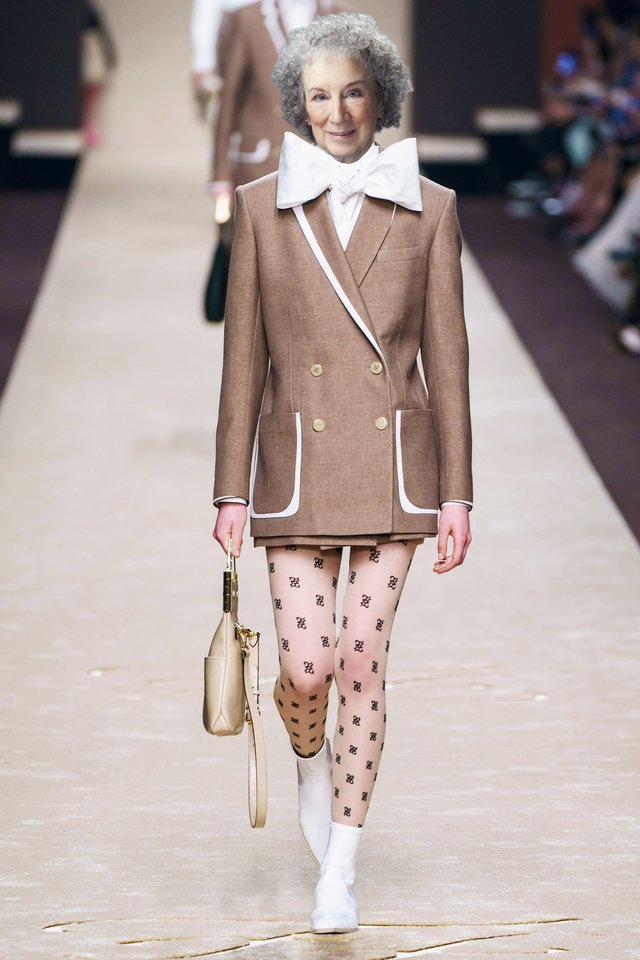 Margaret Atwood is a Canadian writer whose work includes The Circle Game, and The Handmaid's Tale. As a novelist and poet, Atwood's works encompass a variety of themes including the power of language, gender and identity, religion and myth, climate change, and power politics. Atwood has often refused to label her works as feminist, critics have often analyzed the sexual politics, use of myth and fairytale, and gendered relationships in her work through the lens of feminism. Atwood’s work also has heavy focuses on animal rights, environmental issues and are typically politically charged. 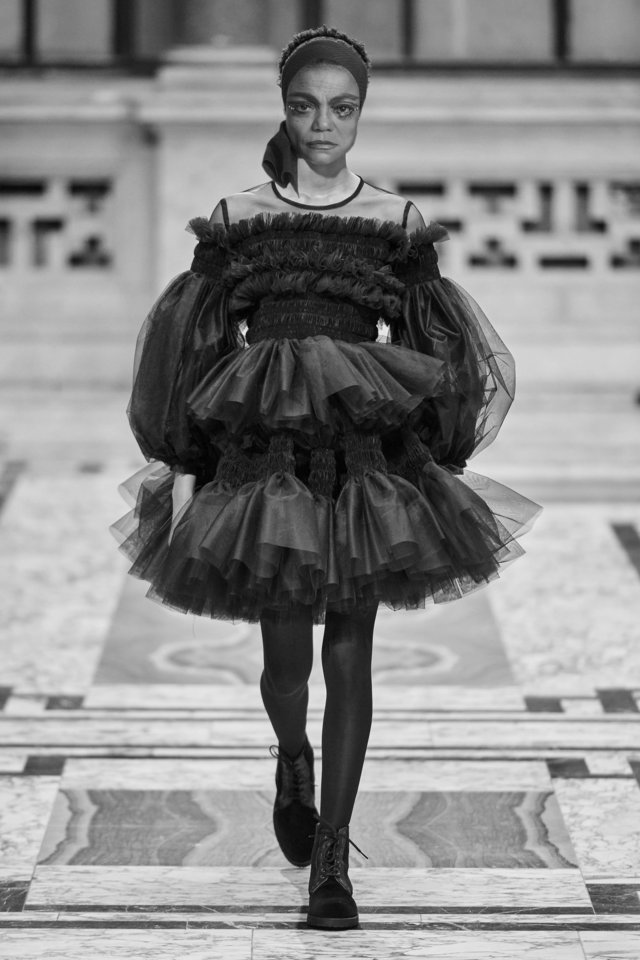 Eartha Kitt was a cultural icon who represented feminism, sex positivity, and the fight for civil rights. She was an American singer, actress, dancer, activist, author and songwriter, known for being the voice to the first ever Santa Baby holiday song, and the first ever black Catwoman. Kitt was active in numerous social causes in the 1950s and 1960s, including being a vocal advocate for LGBT rights and publicly supporting same-sex marriage,something she viewed as a civil right. Her lifetime of advocacy and unflinching pride made Eartha Kitt a symbol of black female empowerment for decades and-eight years after her death-her legacy remains as strong as ever. 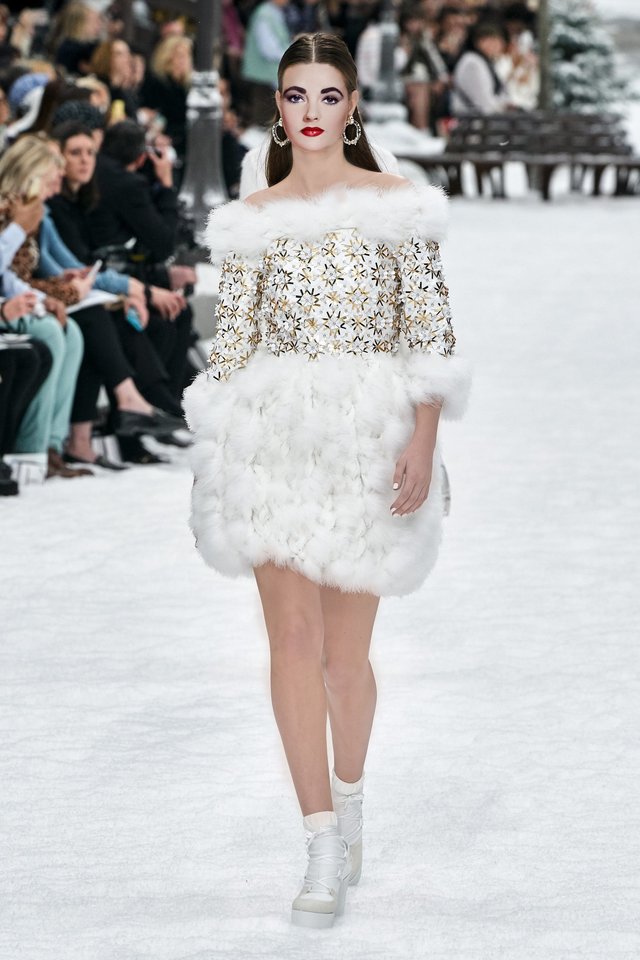 Elizabeth Taylor was a British-American actress, businesswoman, and humanitarian. Taylor’s philanthropic endeavors included being an activist on behalf of AIDS research long before AIDS became a cause that mainstream actors embraced, Her own foundation has given millions of dollars to programs around the world in the fight against the disease. Elizabeth Taylor was a trailblazer in the entertainment industry -with her role in Cleopatra in 1963 she became the first woman to negotiate (and receive) a $1 million salary. Elizabeth knew her value and her worth, and paved the way for the women of today working to repair the gender pay gap. Michelle Obama is an American writer, lawyer, and university administrator who was First Lady of the United States from 2009 to 2017. In her role at the First Lady, Obama began the “Let Girls Learn” initiative which aimed to help educate the 62 million girls around the world who aren’t in school. As a public figure representing America, Obama preached the mindset that women must stand up for themselves, each other and justice for all. She encouraged women and truly believed that there was nothing a woman could not accomplish. 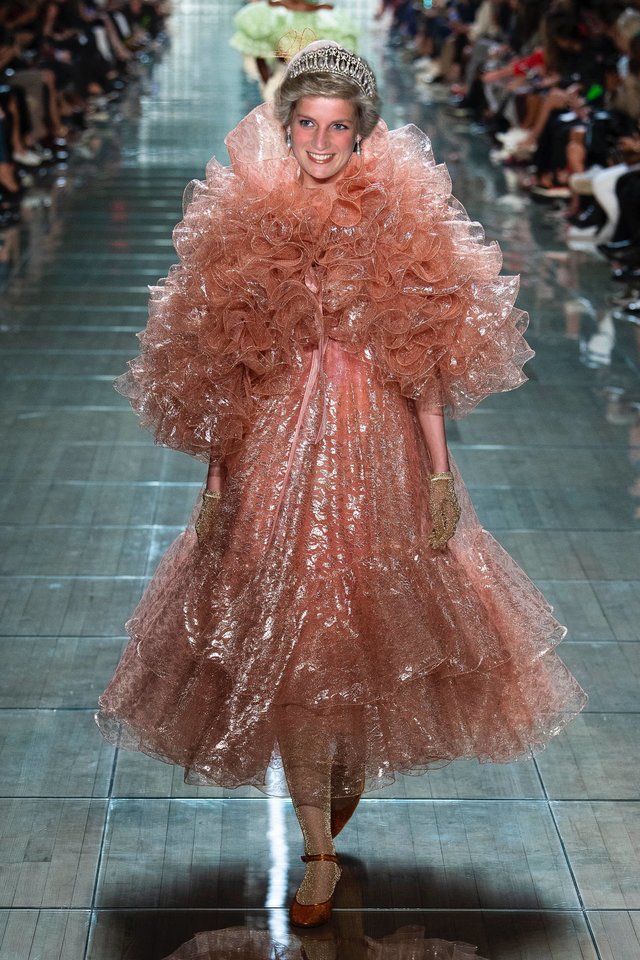 Diana, Princess of Wales, was a member of the British royal family. Unlike previous royal wives, Princess Diana didn't turn a blind eye to her husband's infidelity, but broke with convention to step out of his shadow. Living a life of privilege, the princess made a point of giving back, even to causes that weren’t appealing to others. She worked for many charities, upholding the rights of downtrodden women and creating awareness about people suffering from diseases that were prejudiced against in the 1990s. The princess was independent and a strong role model for Great Britain and the world.