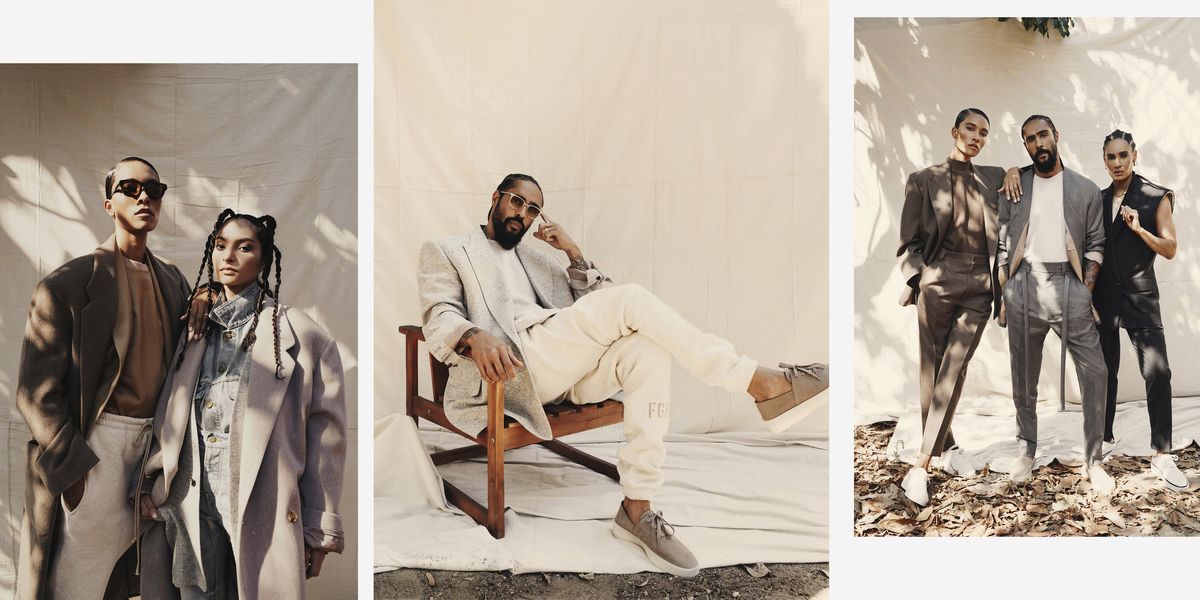 Jerry Lorenzo’s Fear of God Is More Than Just Menswear

The designer is redefining American luxury for the boundary-less, genderless now.

Jerry Lorenzo, the reserved designer of Los Angeles–based cult label Fear of God, is known for his defiantly understated clothes, which disregard fashion seasons and inhabit a different register from the loud, status-conscious glamour of many of his contemporaries. Lorenzo’s low-key, luxe looks, based on his personal style and created ostensibly for men but beloved by women, offer an almost muffled rebuke to the din of the fashion circus. 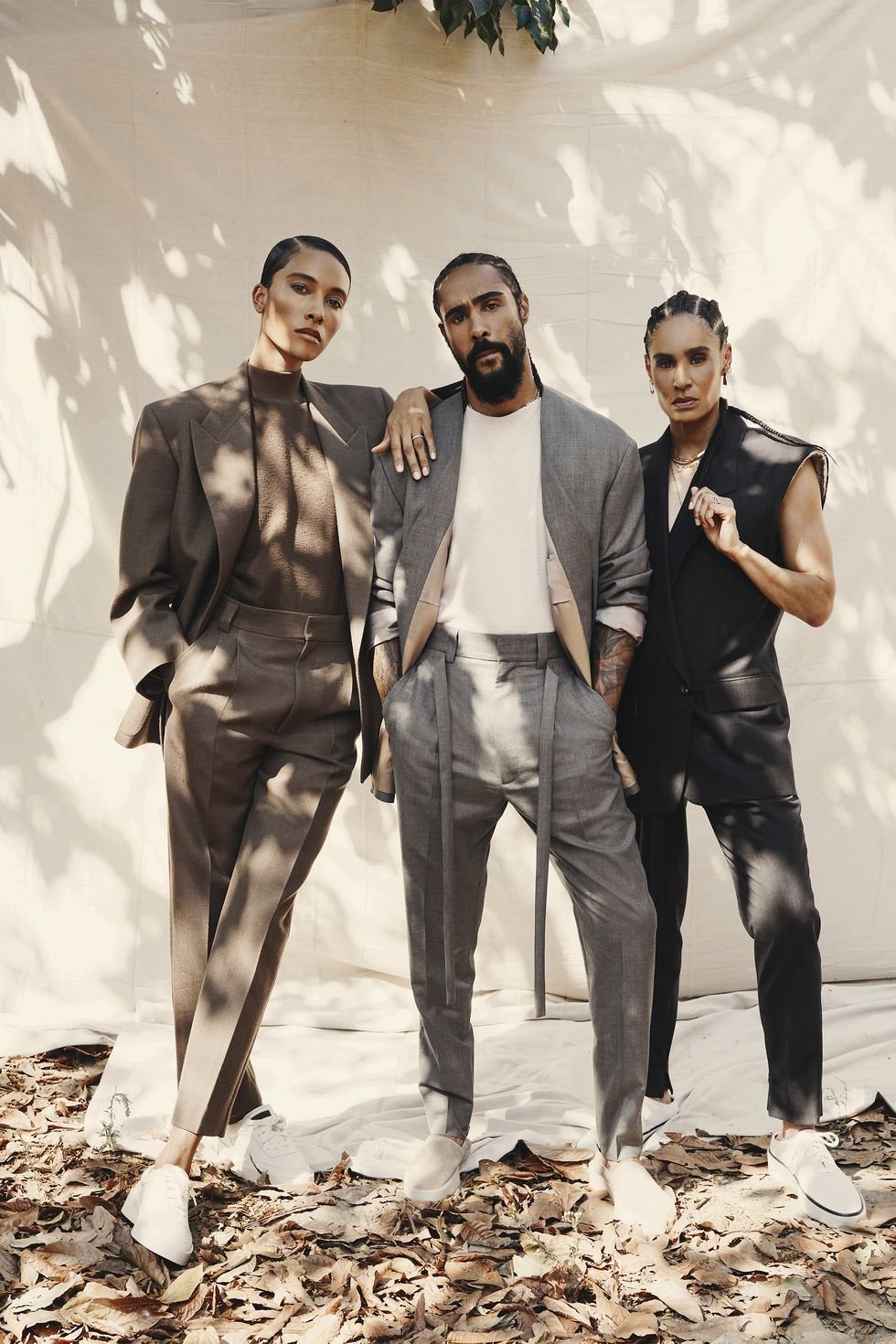 But despite his efforts to exist outside the fleeting nature of fashion, Lorenzo, who started his label in 2012, now finds himself very much of the moment. The hosannas for Fear of God’s seventh collection—a study in languid luxury two years in the making and unveiled in August—presaged the “all sweats all the time, but make it cute” orthodoxy of our new lives, and all but anointed him the savior of American fashion.

At a time when fashion is seeking salvation, from the social and racist sins of its past and the commercial and psychic battering of the pandemic, the 43-year-old has gone from self-taught newbie to Covid-era critical darling, an agenda-setting second coming of Ralph Lauren. Once a name known primarily among the cliquish, primarily male-dominated streetwear scene, Lorenzo’s latest collection welcomes a broader range of shoppers.

The die-hard streetwear collector will find something, to be sure, but so will the woman who still longs for the luxurious simplicity of Phoebe Philoera Celine.

“It’s pretty crazy, man,” says Lorenzo, speaking over Zoom from his studio in the Arts District of Downtown L.A. “I’d be lying if I said I knew exactly why the label is resonating the way it is now, but I’d like to think it’s partly because we’ve always approached fashion in an honest way, providing honest solutions.” 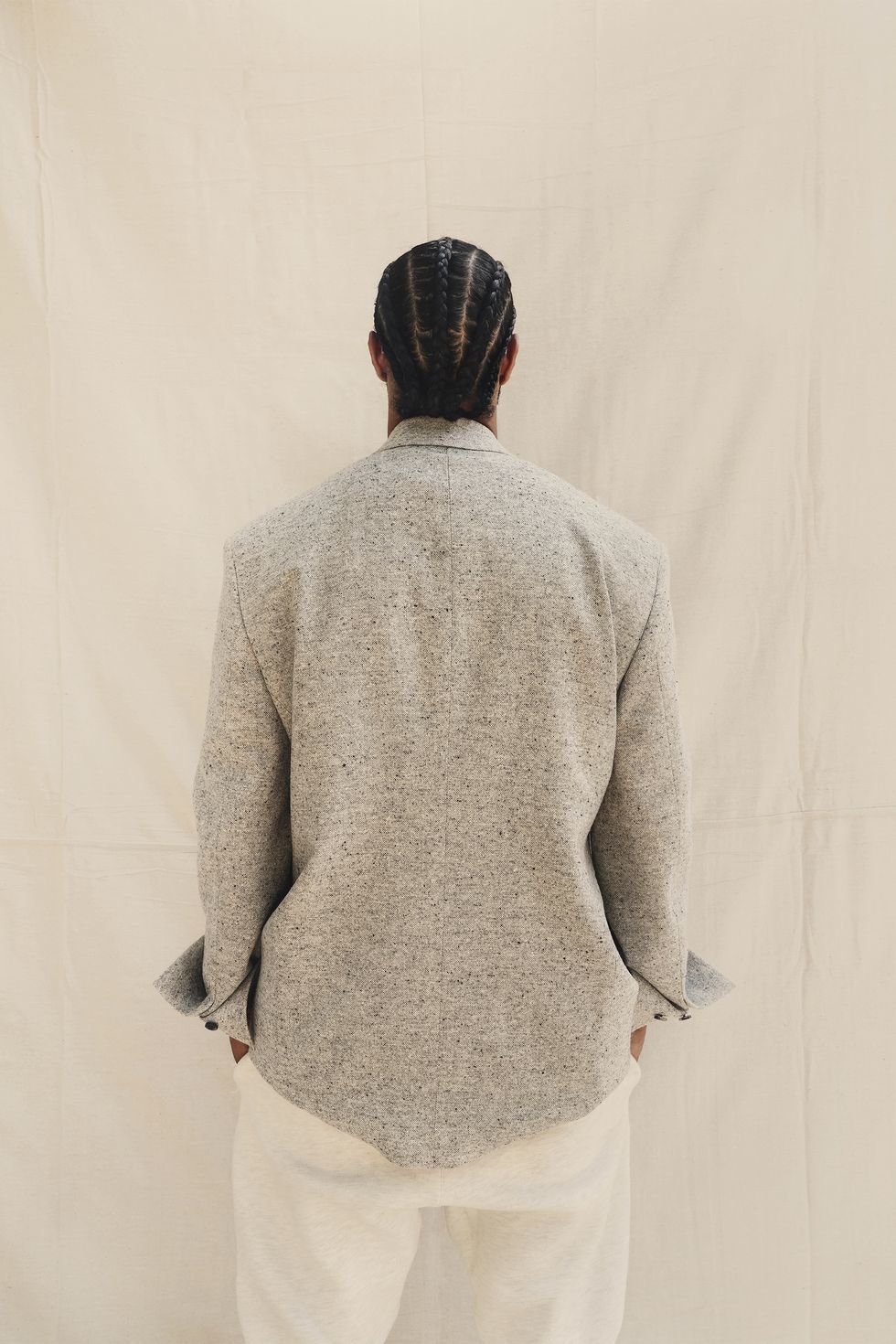 If Lorenzo, who previously worked as a well-known party promoter and a design consultant for Kanye West, sounds more like a tech entrepreneur than the newly minted exemplar of youthful American sophistication, he certainly doesn’t dress the part. He is wearing a cropped gray waffle-weave hoodie (a generously cut prototype from a coming collection that he refers to as “comfortable and considered”) and taupe-and-champagne-colored glasses from a collaboration with Barton Perreira. His hair is braided and worn in a bun. “I usually just have it out and pull it back,” he says, “but figured I’d rock a new hairdo.”

"Luxury is being comfortable in your own skin and able to move at your own pace."

Lately, Lorenzo has been experimenting. Spurred by a collaboration with Ermenegildo Zegna, which had him traveling to Italy six times last year and introduced him to new ateliers and factories, he has expanded Fear of God beyond cozy sweats and denim, and into high-end tailoring, suiting, knitwear, and accessories. Gone are the streetwear-inflected motocross pants and rock T-shirts in favor of Italian virgin wool coats.

“Now that we have better resources, we’re able to tell a better story,” he says. “We’re saying the same thing but with new words. I put as much love into the cut and drape of a pair of sweatpants as I do trousers. So it’s really just the same point of view living through new pieces.”

It’s an attention to detail bordering on fastidiousness that he shares with his erstwhile boss. “Kanye saw my first collection, and he held up a blank T-shirt and said, ‘Man, I can see all the thought that went into this one T-shirt,’ ” Lorenzo recalls. 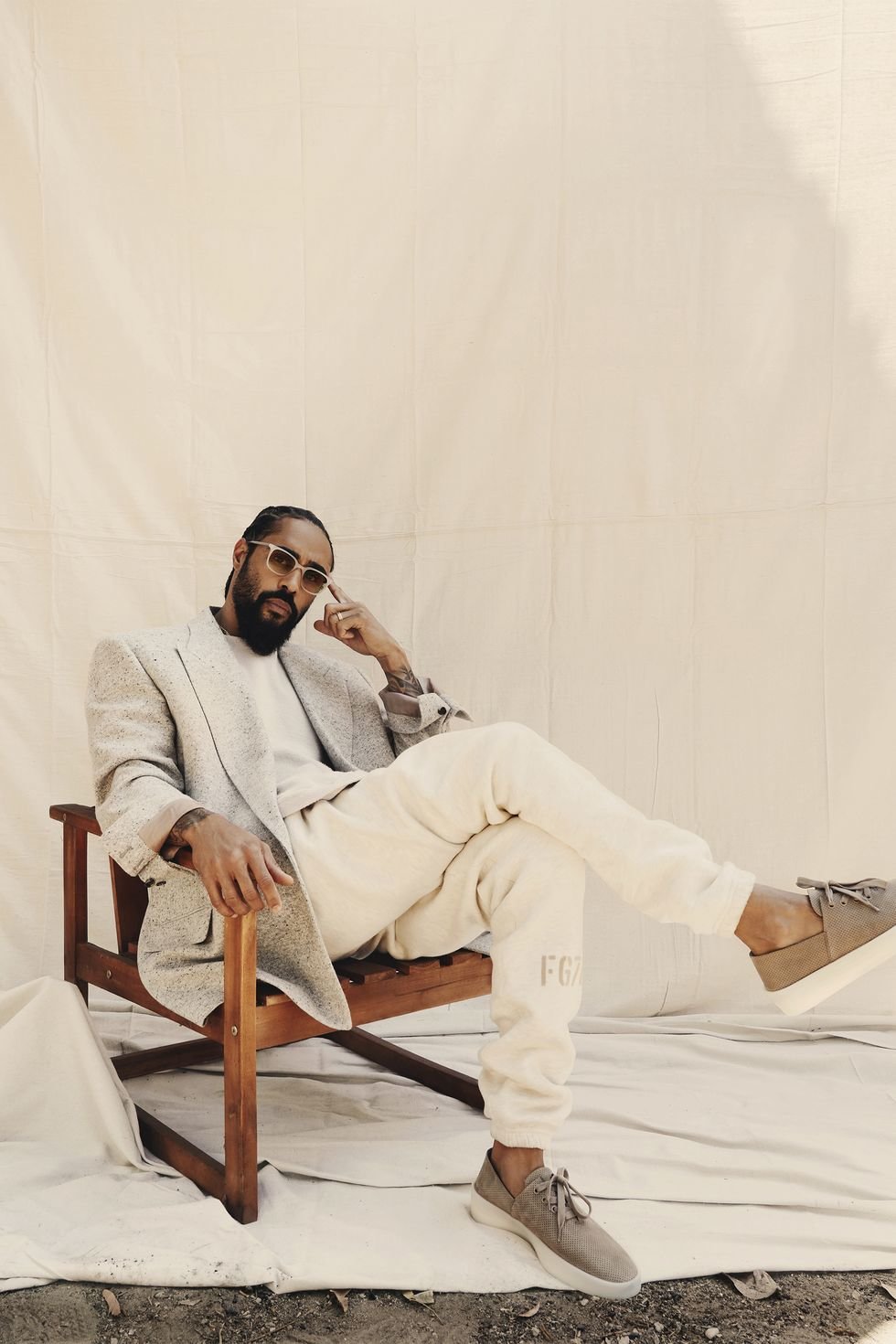 For Lorenzo, the essence of style remains being able to feel at home in any room. “Luxury is being comfortable in your own skin and able to move at your own pace,” he notes, not oblivious to the fact that the pace of the world has dramatically stalled.

“So many times, though, when someone dresses up for an occasion, they step into a silhouette that’s a lot different from how they look the rest of the week. They don’t feel comfortable, and it shows. So with Fear of God, we’re trying to blend all of these life moments together in one wardrobe that offers comfort and functionality at the same time as elegance and sophistication.”

"I put as much love into the cut and drape of a pair of sweatpants as I do trousers."

According to the singer John Mayer, a friend and longtime customer, it’s a balancing act that the designer adroitly pulls off. “Jerry’s discipline is so good from season to season that it makes you want to buy into it because you don’t feel like you’re going to get whiplash,” says Mayer, an inveterate collector of watches and sneakers who rates Lorenzo’s Nike Air Fear of God 1 as the most important men’s shoe of this generation.

“Like a great band, you can take any one of their songs from any record and put it on a playlist and it sounds complete. You could take stuff from Fear of God Season 6 and mash it up with the stuff that’s coming out from him now, and with the Zegna stuff, and it’s going to look like a really coherent statement.”

Adds celebrity stylist Karla Welch, who worked with Lorenzo when he made custom looks for Justin Bieber’s Purpose tour: “His clothes don’t scream fashion, and suggest more of a feeling than a trend, but like all great visionaries, Jerry is able to capture a moment right before it happens. His references are vast but also very uniquely his.”

True to form, Lorenzo explains that the latest collection was inspired by Julia Roberts in any chunky knit (especially in The Pelican Brief), Princess Diana’s boulder-shoulder blazers, a young Tom Cruise, and basketball players like Michael Jordan on their travel days, with their oversize blazers and T-shirts tucked into jeans. As evinced by his broad influences, Lorenzo envisions all genders in his clothing, even if his label is still considered menswear on paper.

“He recognizes that luxury and the way people spend money are changing,” says friend and booster, the screenwriter and producer Lena Waithe. “He is saying that rather than just going to a traditional fashion house when we feel like getting fancy, you can buy something by someone who has the same values as you, who looks like you and understands you.”

Plus, Waithe adds, “He doesn’t treat women differently, and he makes them feel every bit as strong and bold as men. We’re all fighting the same fight; we’re in the trenches together, so why not wear the same uniform?”

While he is mindful of Fear of God’s popularity among women and continues to feature women in his campaigns, Lorenzo is wary of trying to be all things to all people. “I think there’s something incredibly sexy about a woman in a man’s proportions,” he says. “And I’m always considering, when my wife goes to steal [something] from my closet, how is it going to look on her?

But I’m not trying to land the plane in between. If you’re trying to fit a man’s body and a woman’s body equally, you land in this weird shape that doesn’t necessarily suit either.”

Besides, Lorenzo points out, in addition to his signature Fear of God collection, the Essentials offshoot label, and the ongoing Zegna project, he has enough on his plate right now. “Dude, I have three kids,” he says, referring to the twin daughters, Liv and Mercy, and son, Jerry Lorenzo Manuel III, he has with his wife, Desiree. “They take up all my extra time, especially now with homeschool. That’s the extent of my bandwidth."