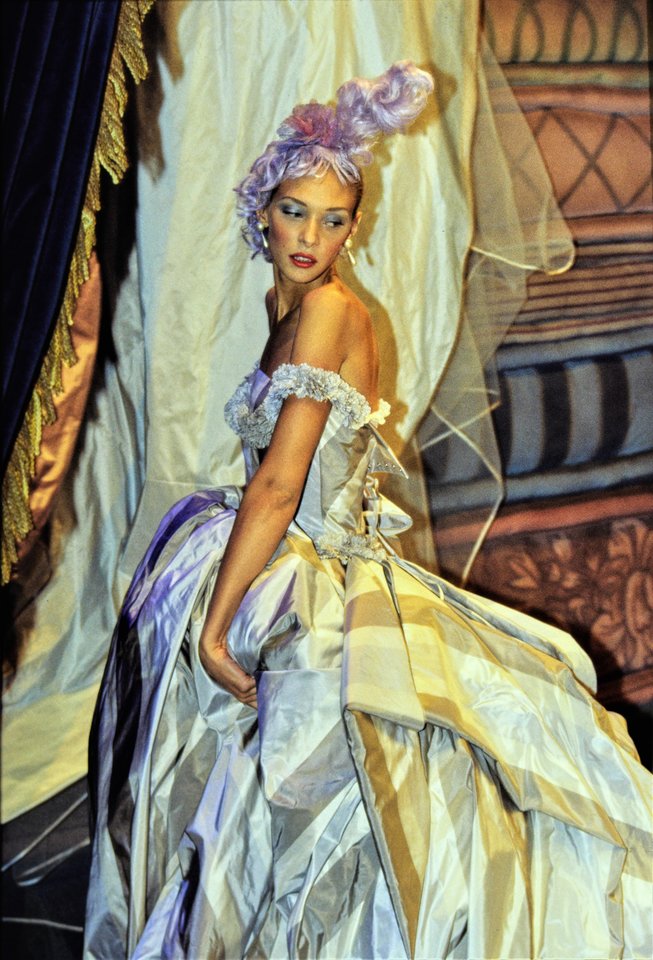 Following the thread of our In Vogue: The 1990s podcast, we are closing out the year and heading into the new one with a series of newly digitized archival shows from the decade that fashion can’t—and won’t-let go of. Designed by John Galliano, Givenchy’s spring 1996 couture collection was presented on January 21, 1996, at the Stade Français, Paris.

Drama. It swirled around the announcement of John Galliano as creative director of Givenchy, and it spilled over when the Brit made his couture debut for the French house.

Hubert de Givenchy was just 25 when he opened his own maison in 1952 with a focus on young mix-and-match pieces, an aesthetic that accommodated a “start-up” budget. He chose the model Bettina Graziani as a muse, and his first hit was a frilled blouse named in her honor. In time Givenchy was taken under wing by the couturier Cristóbal Balenciaga, and his work became more restrained. The designer’s association with Audrey Hepburn refashioned the couturier-celebrity connection. Givenchy and Hepburn clearly had synchronicity, and the pared-down silhouettes he made for her felt modern. By the end of his 40-year career, though, the push and pull between gamine and elegante had been replaced by a conservative Right Bank aesthetic.

Galliano was stepping into Givenchy’s shoes. Pre-debut, rumor had it that he might revisit the couturier’s Hepburn era, but the rumors were (mostly) false. The British designer distanced himself literally and figuratively from Hubert. The show was held in an indoor stadium on the outskirts of Paris, and the collection, ripe with many charms, was pure Galliano in its imaginative historicism.

For unexplained reasons the show opened with a The Princess and the Pea–like scenario. The first gowns evoke Franz-Xaver Winterhalter’s 1855 portrait, The Empress Eugénie Surrounded by Her Ladies-in-Waiting, a seeming reference to Charles Frederick Worth, the Paris-based British couturier. Tuxedo clad Helmut Newton heroines followed, then flappers, styles from the 1940s, and 1950s looks. Conjuring a Roman holiday were the finale dresses, made of red sari silk woven through with gold with a cartoonish Cleopatra/Cinecittà vibe.

The collection was unmistakably a Galliano production, but there were subtle Givenchy-isms throughout in the bows and neat suits. The taffeta tops were a distant echo of the Bettina blouse, and Carla Bruni in a draped black column dress was a credible latter-day Holly Golightly.

Reactions to Galliano’s couture debut were mixed. Twenty-four years later we’re free just to swoon over the romance and fantasy of it all. The industry, however, is still feeling the effects of the “pea” placed in the mattress that day, which was a new, punkish template for reinventing a heritage house: molding it in one’s own image. 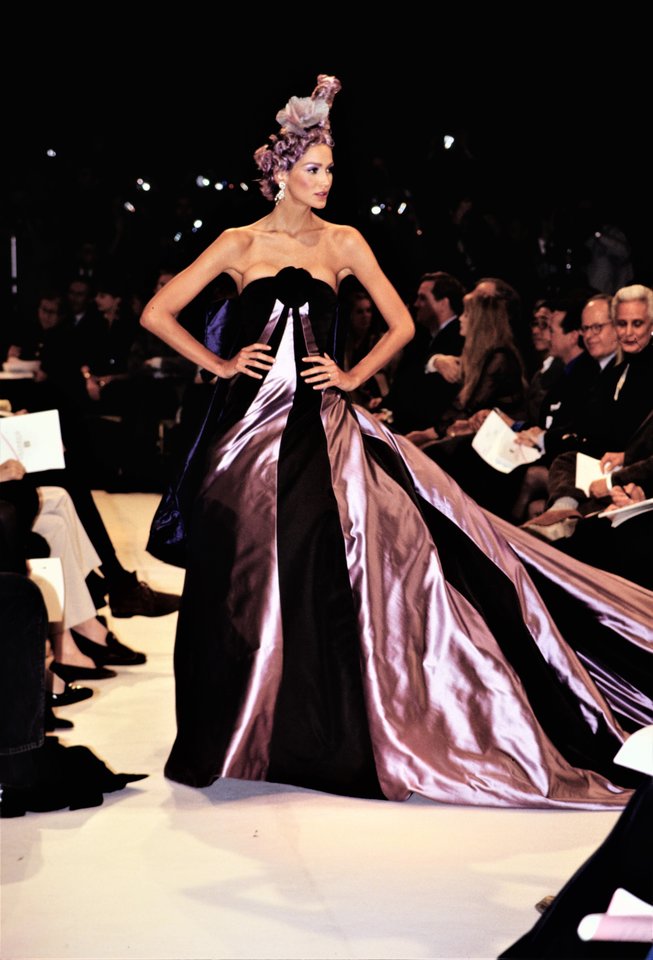 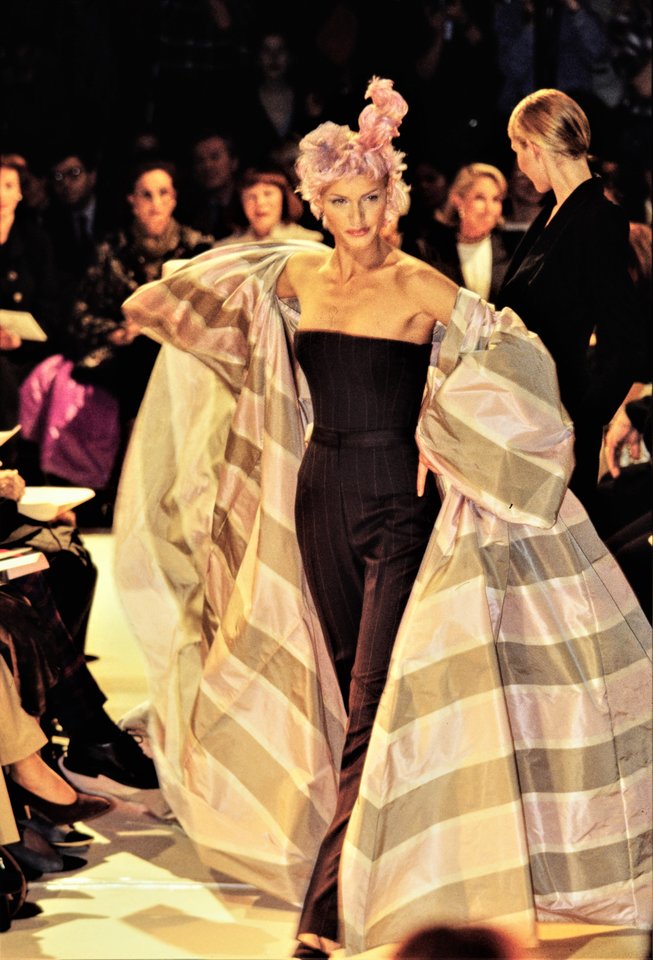 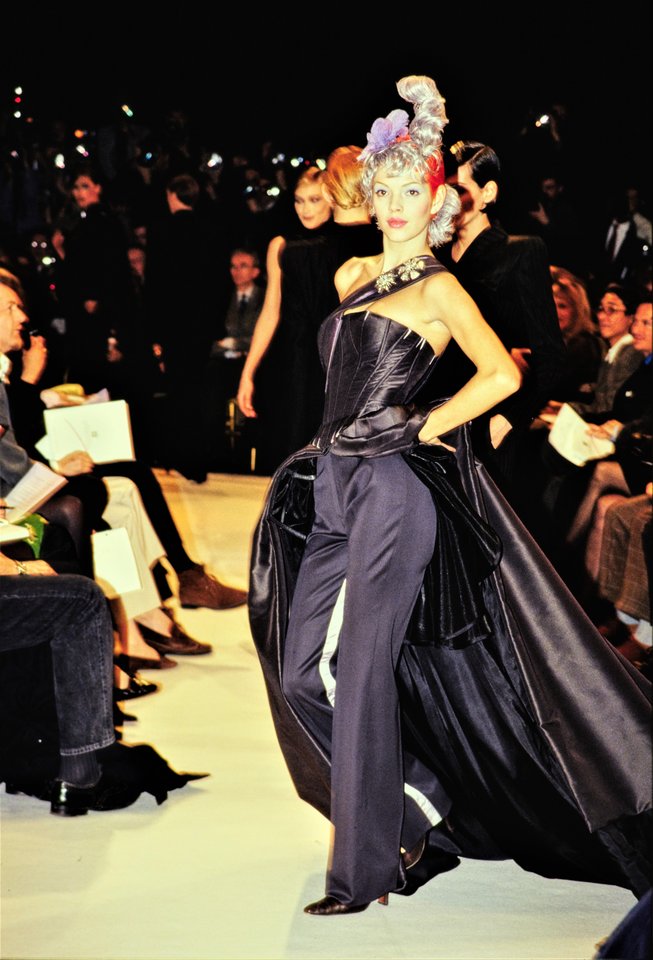 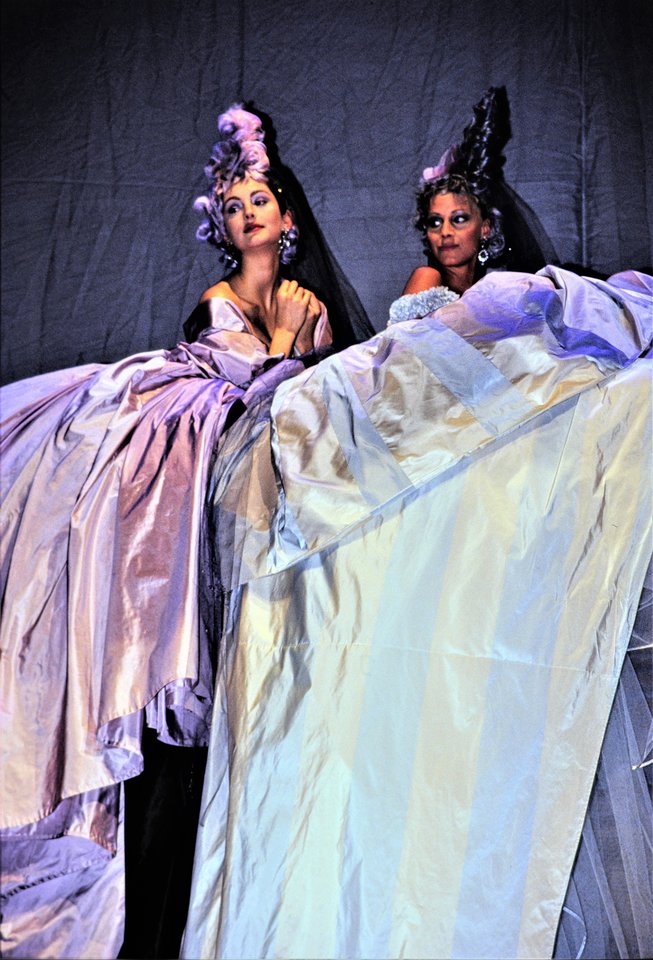 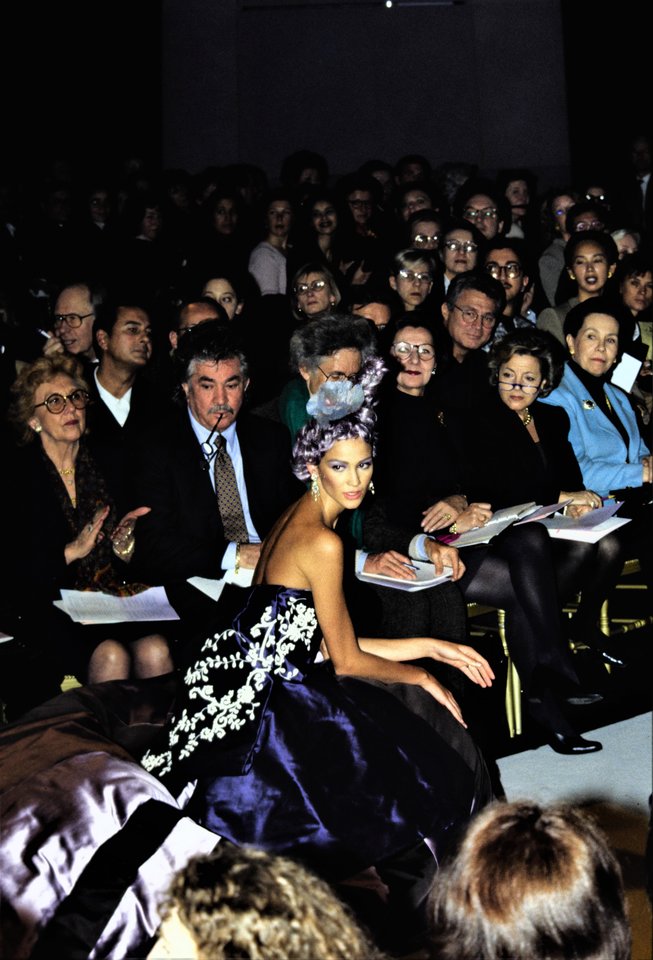 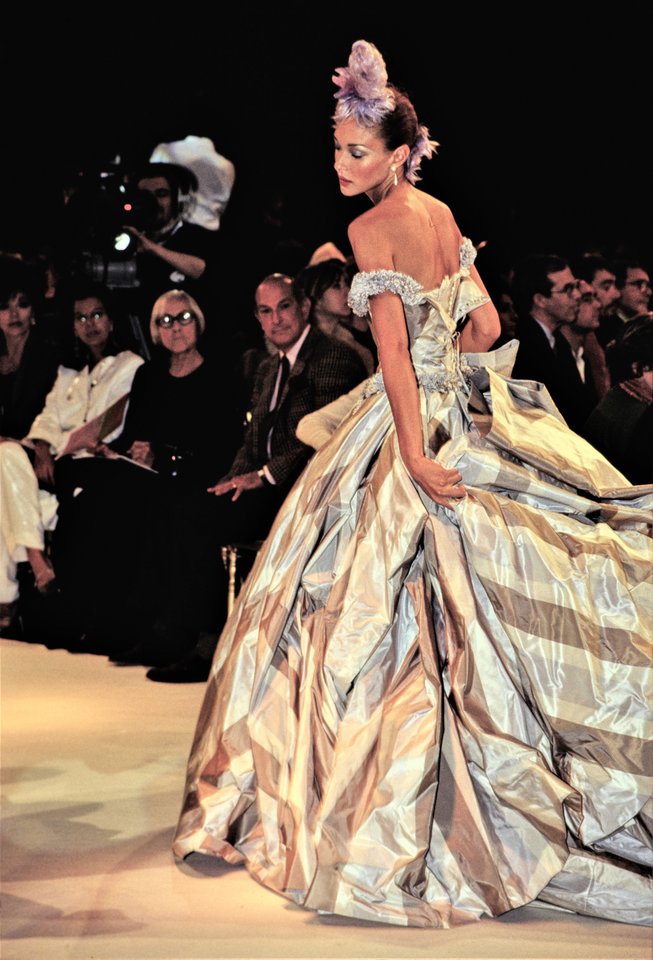