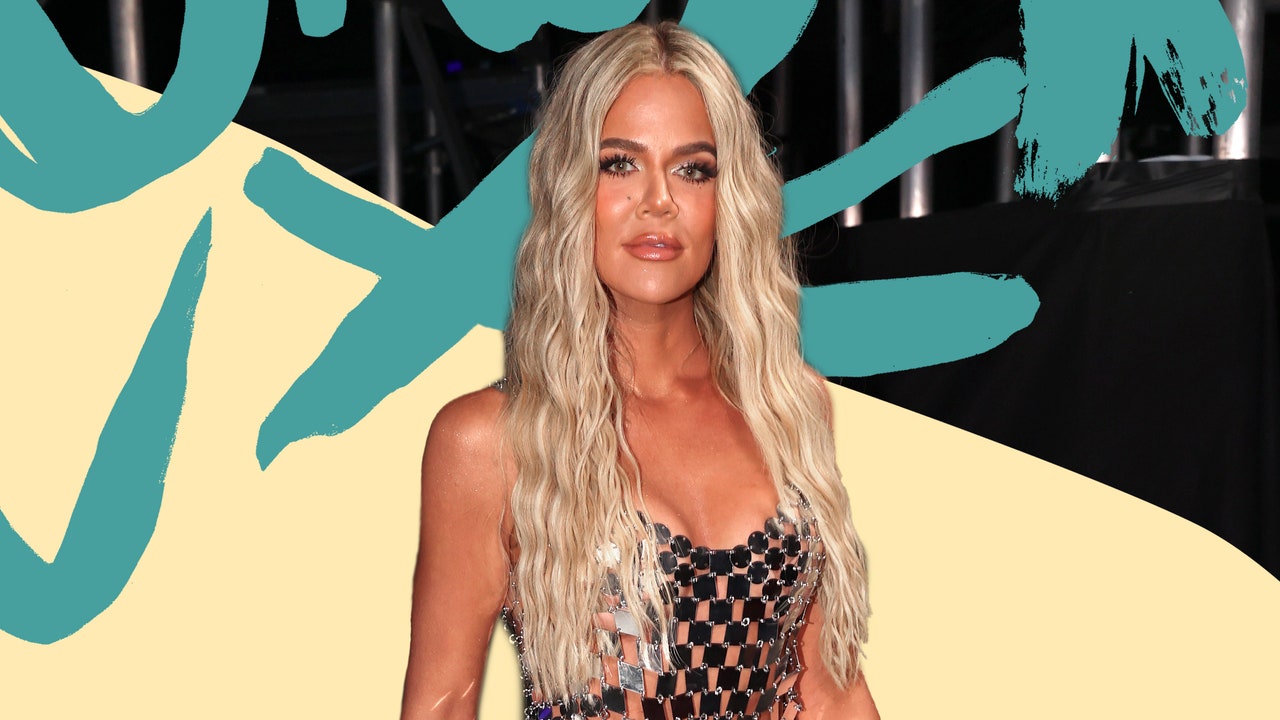 She doesn't wear short hair often, and honestly, we think that should change.

It's been a while since we've seen a drastic hair change from Khloé Kardashian. Since September 2021, the reality TV star has been loyal to bright blonde hair. Typically, we're used to seeing her with a long mane of blonde hair, whether it's straight, crimped, or styled with bouncy curls. But for Beyoncé's and Jay-Z's Gold Party, she decided to try something completely different: a chin-grazing bob and curtain bangs.

She first gave her millions of Instagram fans a peek of the new hairstyle on her Stories before posting three photos of the look to her grid. Hairstylist César DeLeön Ramîrez is the mastermind behind this short haircut, which is the result of a wig. "The inspo was Parisian Bob/Michelle Pfeiffer in Scarface," he says in a statement. In Scarface, Pfeiffer's dirty-blonde bob had a slight curve at the end with a thick fringe that covered her eyebrows. Similarly, Kardashian's bright blonde hair has a slight bend at the ends, but her bob is a bit more tousled.

Ramirez added Unite Hair's Texturiza Spray to create what he calls "a piece-y, textured, lived-in vibe." He opted for curtain bangs that are parted slightly in the middle instead of a full fringe like Pfeiffer had in the movie. We aren't shocked to see the star trying out curtain bangs since they have been seen all over social media and on celebrities like Rihanna, Lady Gaga, and the Kardashian's own sister Kendall Jenner. Though most of her hair is blonde, her dark roots still peek through.

The short style was very short-lived because just a few hours later Khloe Kardashian posted videos of herself working out with longer wavy hair on her Stories. This isn't the first, or hopefully the last time we will see her with a bob cut. Maybe next time she'll try a different bob style like the French bob or hacked bob.