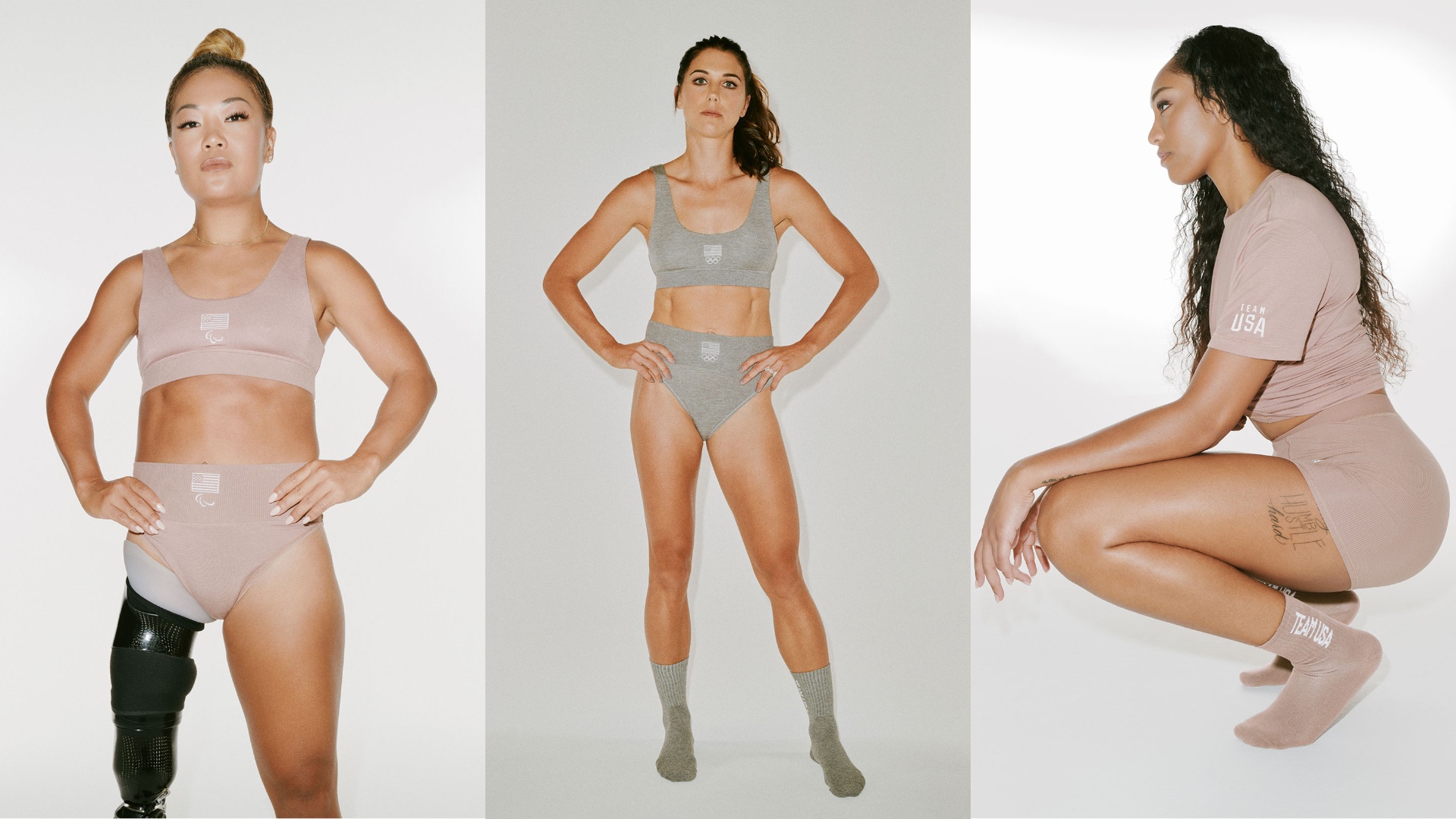 The reality stars shapewear line Skims will be the official underwear of the female athletes participating in the 2020 Tokyo Olympics for Team USA.

Alongside Ralph Lauren's longstanding tenure as the official fashion designer of the United States' Olympic uniforms, Kim Kardashian's shapewear brand Skims will be the official underwear of Team USA's female athletes participating in the 2020 Tokyo Olympics and Paralympic Games.

The reality star and entrepreneur opened up on Instagram about how her stepfather Caitlin Jenner's own Olympic history inspired the new collection. She wrote, "I've heard every detail about the Olympics from my stepdad since I was 10 years old. As I watched the athletes compete, I began to grow as a part of the Olympics. I would travel to all the different cities with my stepdad and my family for the Olympics, and at each Olympics, I would buy an Olympic T-shirt as a souvenir." Kardashian also revealed in a press release that she aims to "show that anything is possible if you work hard enough."

Maintaining the brand's focus on fit and comfort, Team USA stated that the collection will feature sleep and loungewear styles made from ultra-soft and breathable fabrics. In the campaign, star athletes Alex Morgan, Haley Anderson, Scout Bassett, Dalilah Muhammed, and A'ja Wilson wear clothing ranging from bras and panties to body-hugging shorts.

Take a closer look at the Skims collection below. The Team USA series will be released online only on July 12. 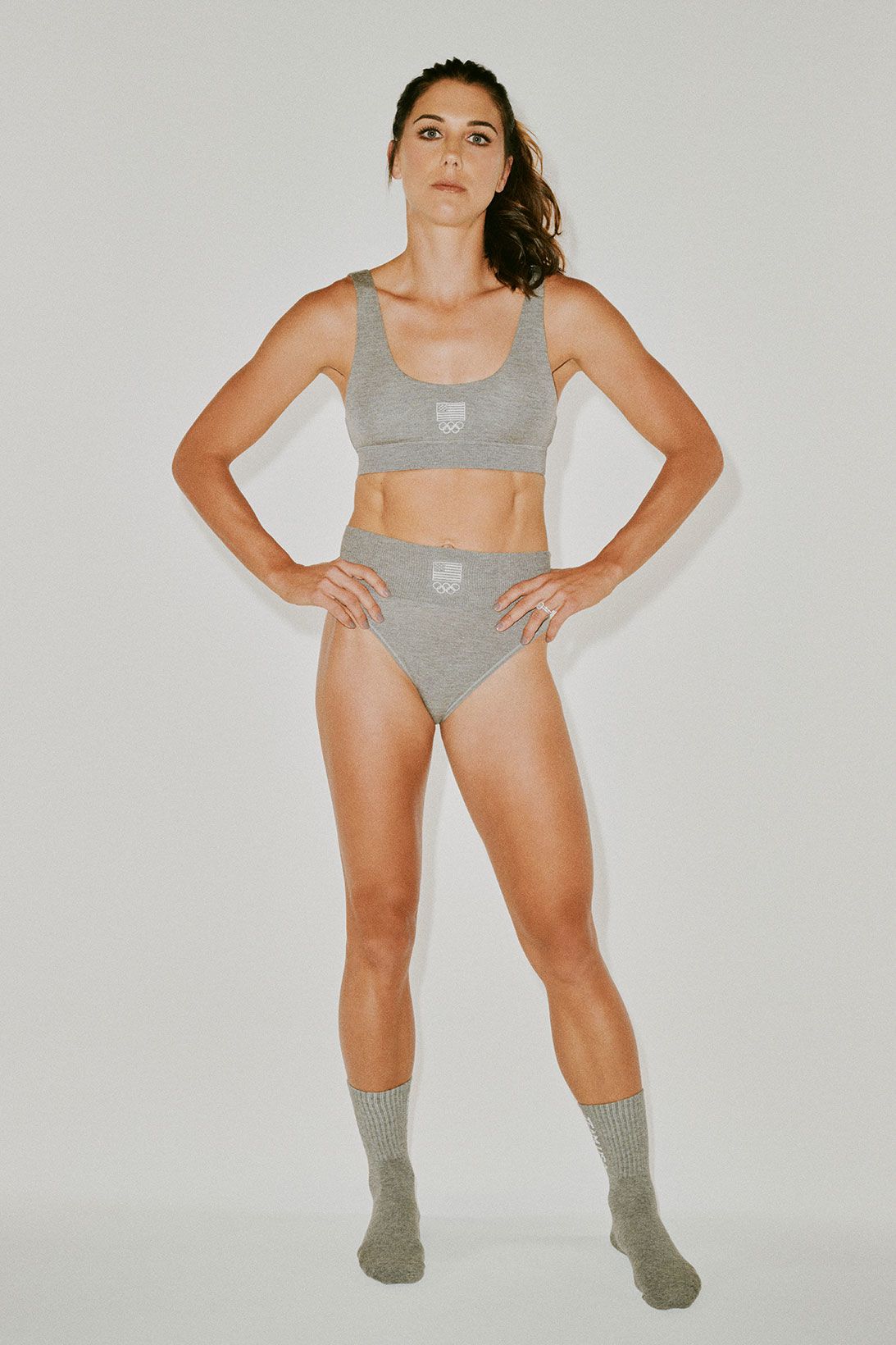 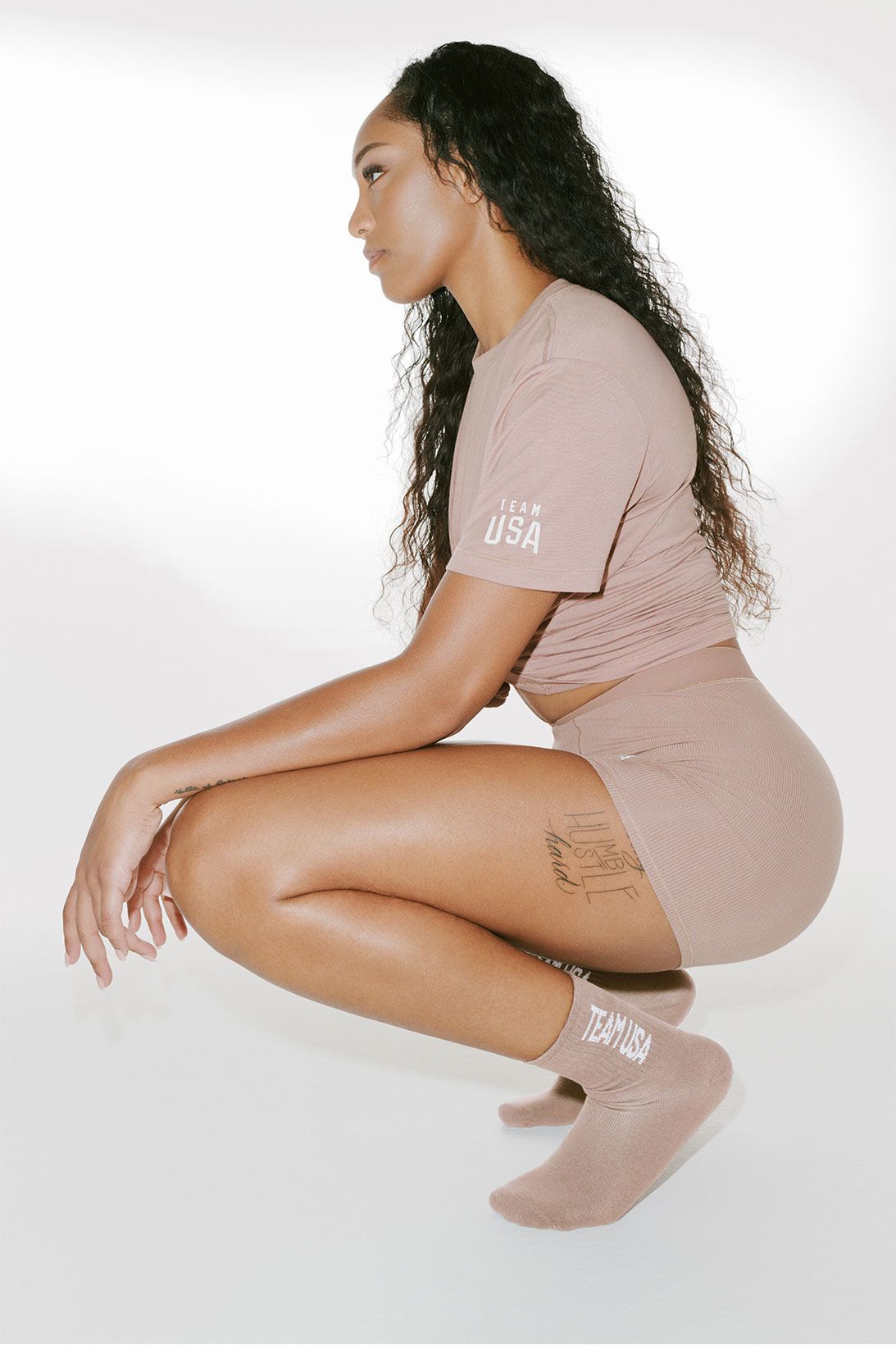 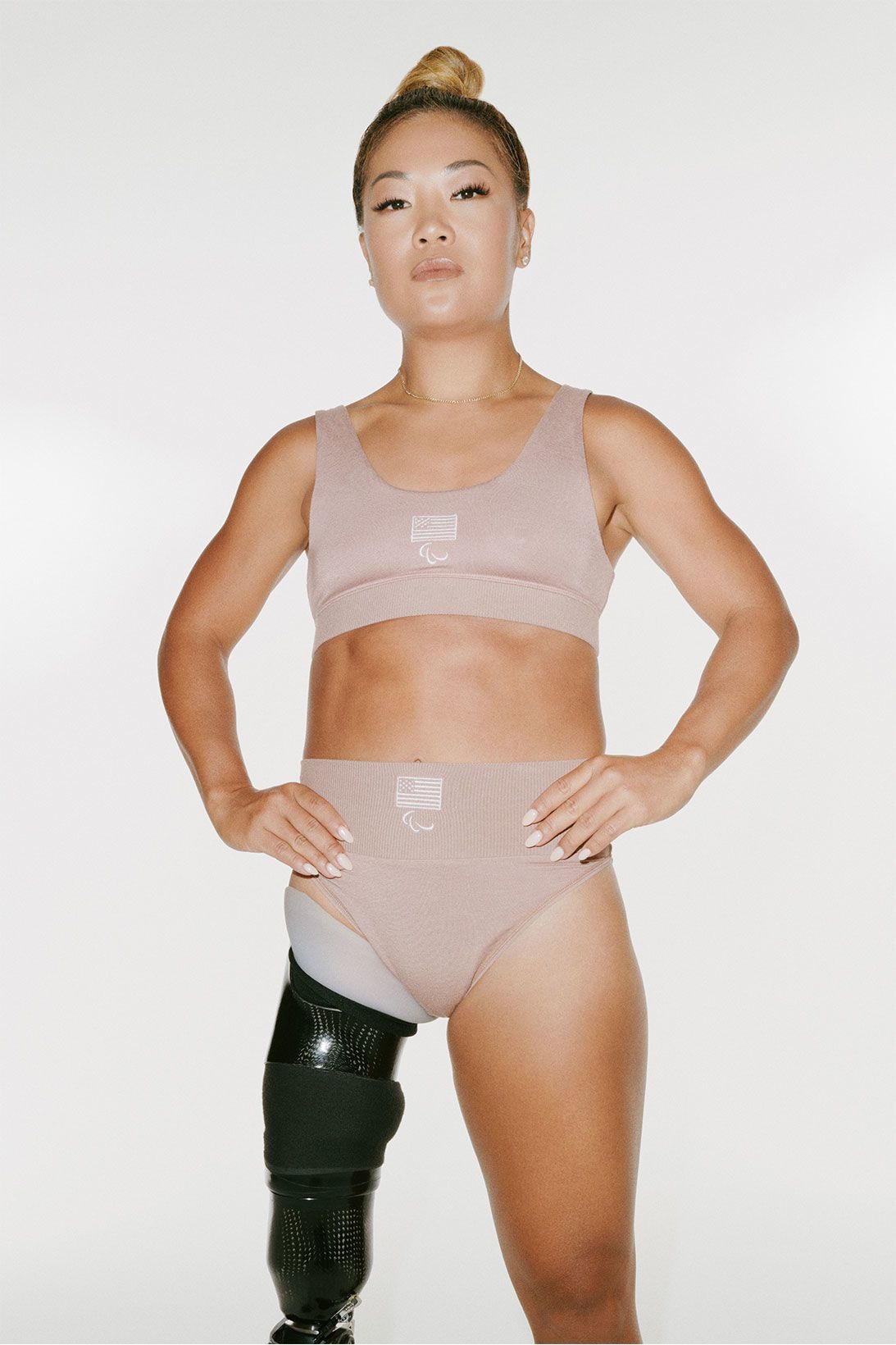