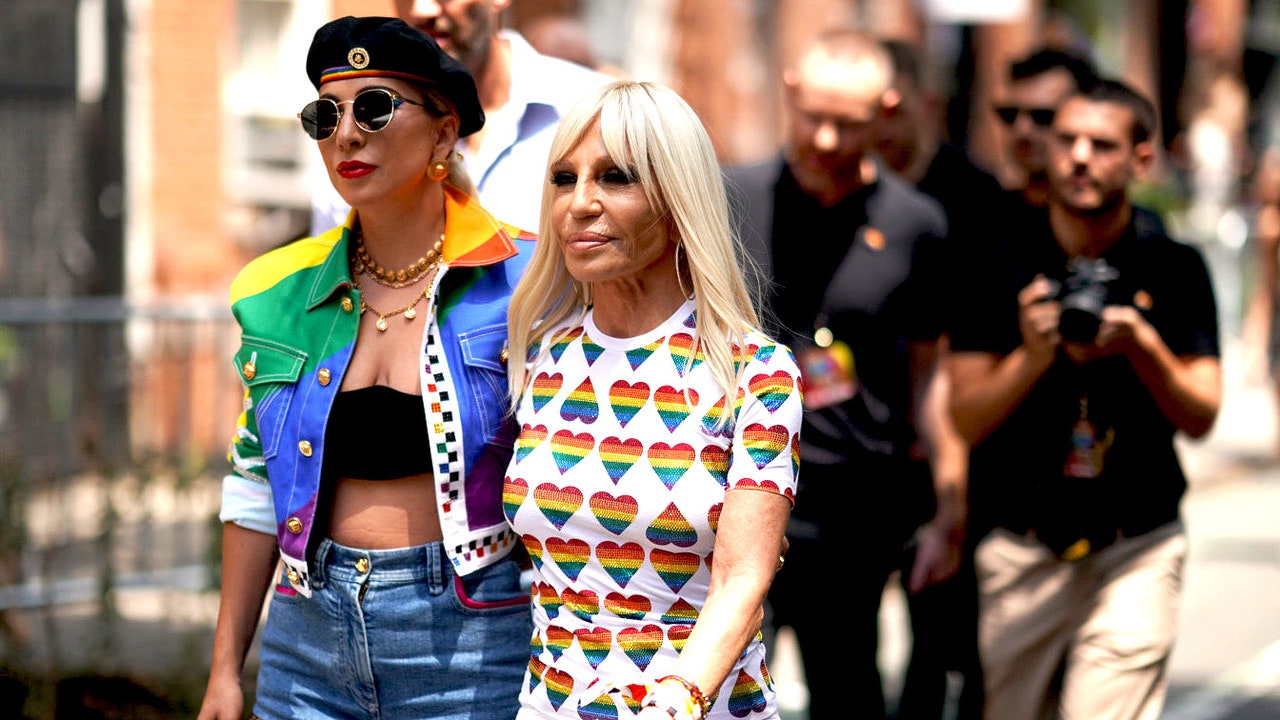 Lady Gaga and Versace Team Up for a Stunning Capsule Collection

Celebrating Pride and the 10th Anniversary of Born This Way. 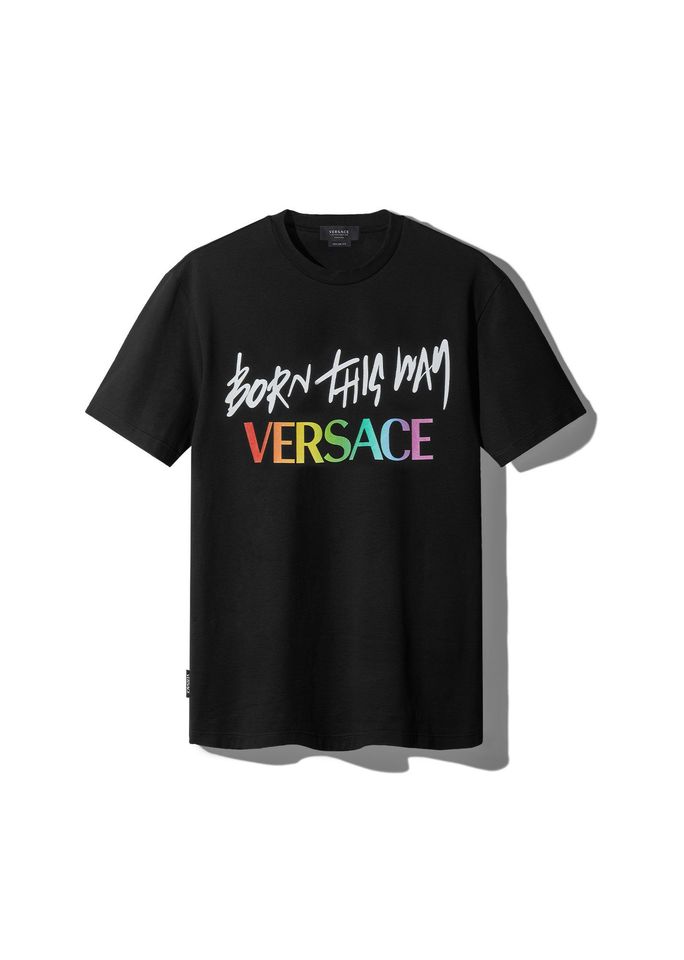 Lady Gaga may love many labels, but she’s always had a special place in her heart for Versace. In previous years she’s expressed her affinity for the brand by wearing custom looks during her 2017 Super Bowl performance, appearing in the Spring 2014 collection ads, and dedicating a track on ArtPop to Donatella. But today Gaga announced her most meaningful Versace collaboration to date. To celebrate Pride and the tenth anniversary of Born This Way, Gaga and Donatella teamed up for a capsule collection benefiting the Born This Way Foundation, the singer’s charity dedicated to mental health support for young people, particularly LGBTQIA youth.

The first half of the collaboration consists of a specially designed t-shirt and matching beret that features rainbow shades and the house’s iconic Medusa logo. Both will be sold on Versace’s website starting today, but the pièce de résistance is a custom replica of the Versace leather jacket Gaga wore during her Born This Way Ball tour. With its sharp shoulders and metal mesh, the piece was the standout of her performance wardrobe. The new version, which took 400 hours to make by hand in Versace’s Milan atelier, promises to be as striking as the original. Whether it will break records when it hits the auction block on June 1st remains to be seen, but it’s sure to garner interest from collectors. 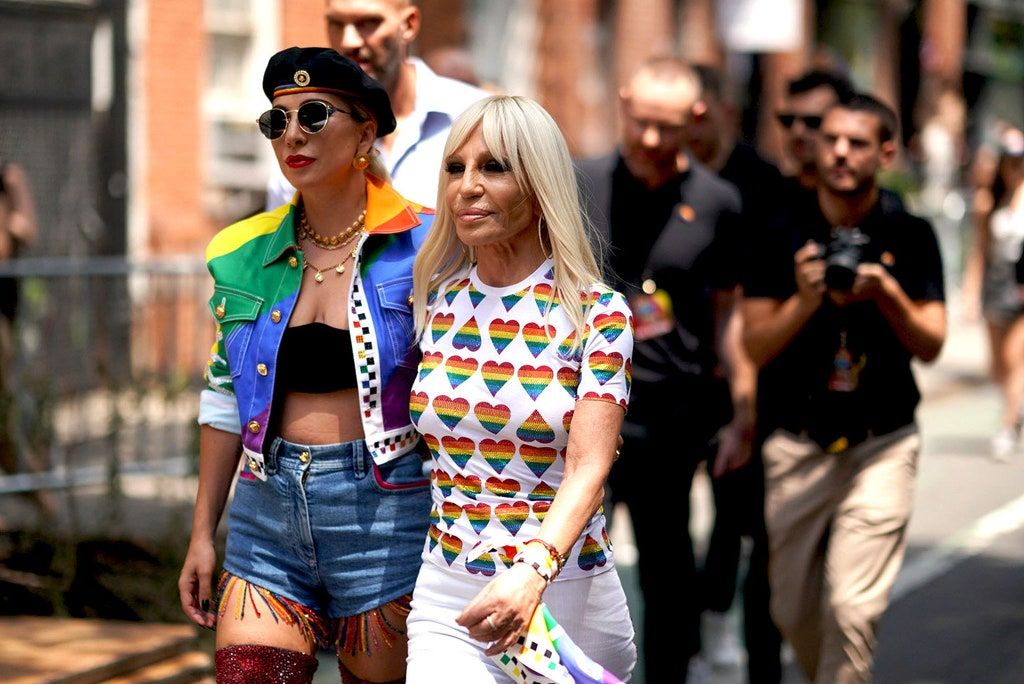 Lady Gaga and Donatella Versace at Pride Live in 2019 Gotham

Given their longstanding friendship and the charitable nature of the collaboration, Gaga and Donatella were eager to share their excitement over the project with the world. “Versace has always been a leader. Since Gianni, Donatella, Allegra, and still now, they have celebrated the beautiful colors of love we have within us,” Gaga wrote in an Instagram update where she posed in both the beret and t-shirt. Donatella’s response was similarly upbeat. “Gaga and her foundation are so inspiring,” the designer wrote in a statement. “Our friendship and our efforts to promote equality, diversity, and inclusion have only become stronger with time.” 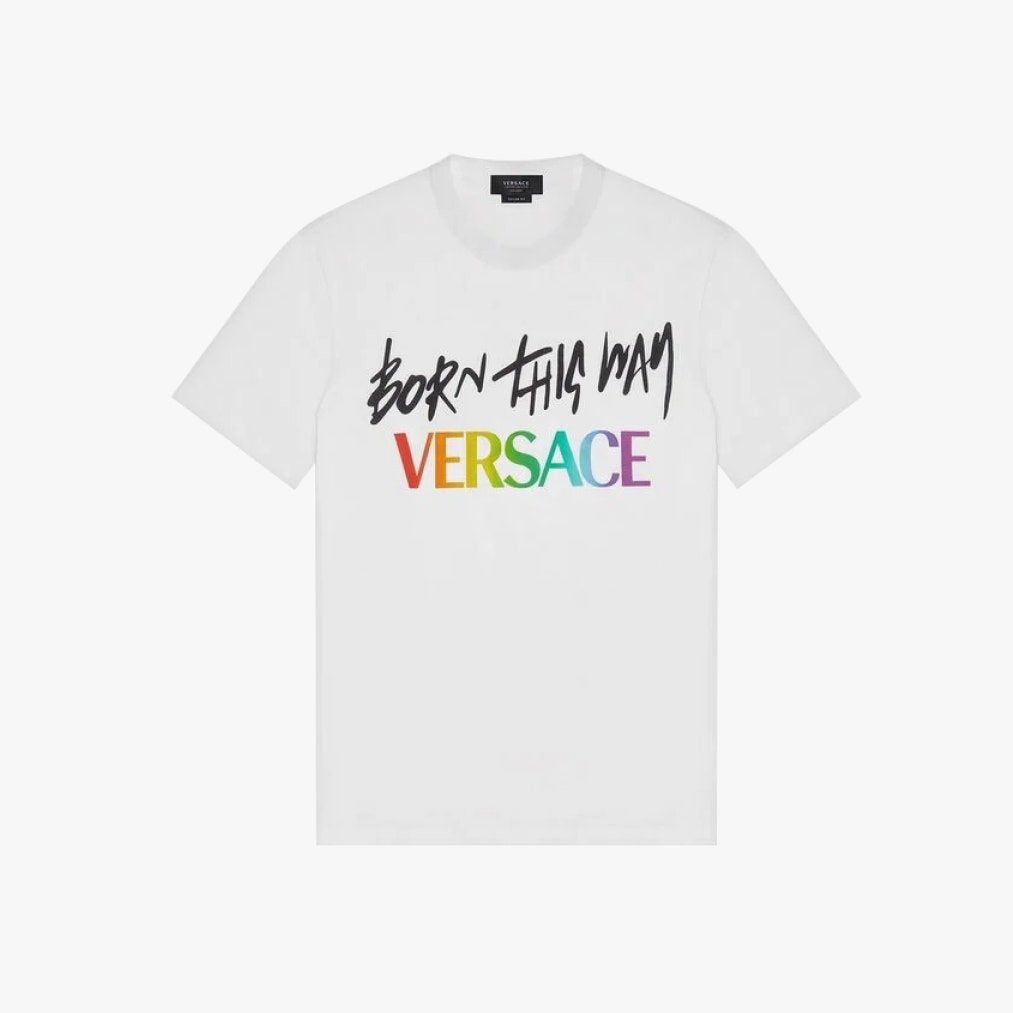 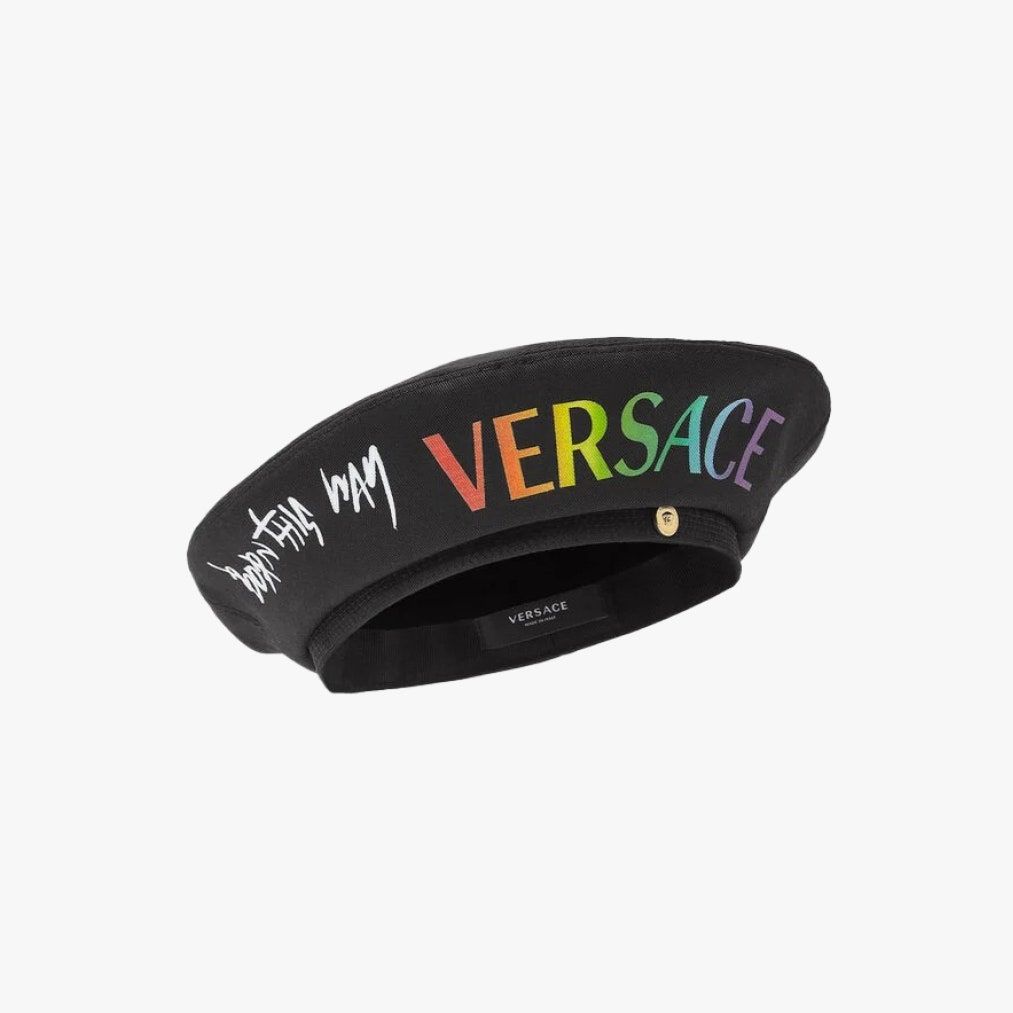