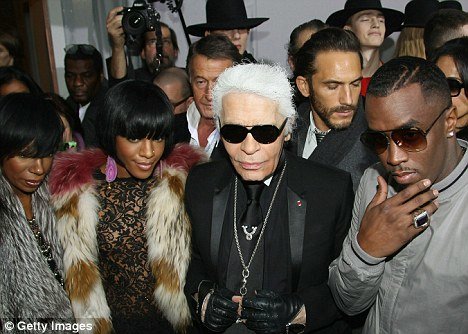 Last train to Paris: P Diddy rubs shoulders with Karl Lagerfeld as he plugs new album in France and checks out Fashion Week

P Diddy added a bit of hip hop swagger to haute couture when he pitched up for the Paris Menswear Fashion Week shows tonight. 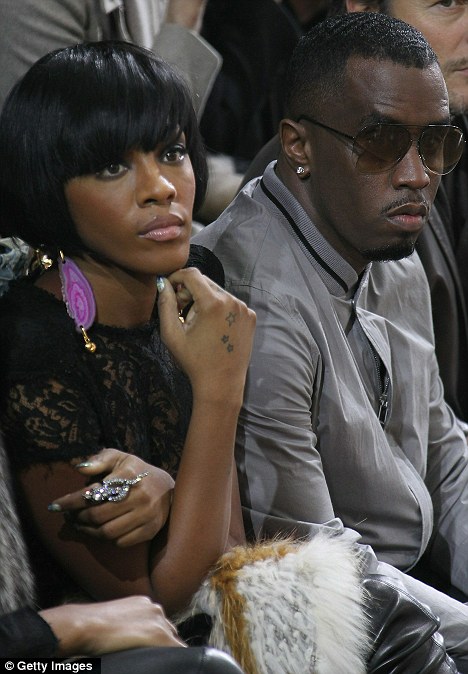 Stars: Fashion fans Dawn and Diddy were in the front row of the catwalk show
Writing on his official Twitter account earlier today, he wrote: 'ABOUT TO TAKE PARIS OVER!!! The only OFFICIAL album release party is tomorrow at L'Arc Paris !!!!!! LETSGO!!!'

The exclusive club, on the Rue De Presbourg, is hailed as one of the hottest in the capital and is directly opposite the city's famed L'Arc de Triomphe.

The rap mogul hosted the UK album launch on Thursday at the Pigalle club in London's Piccadilly.

The rap mogul hosted the UK album launch on Thursday at the Pigalle club in London's Piccadilly, and attracted a motley selection of z-list stars and big hitters on the UK's hip hop and grime scene.
×