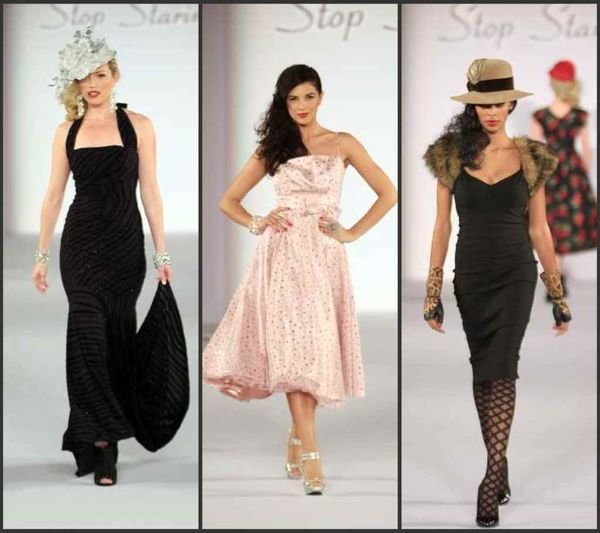 The evening consisted of just a single runway show -- by Paramount-based, vintage-inspired Stop Staring -- since a scheduled "opening ceremony" at which Los Angeles Mayor Antonio Villaraigosa was rumored to be speaking didn't materialize.

City Hall's liaison to the fashion community, Cynthia Ruiz, told us hizzoner was instead attending a town hall meeting in Canoga Park "but might stop by later." (He did not.) Instead, Ruiz, who professed to being a fan of the label -- which she also noted had been named "Minority Manufacturing Firm of the Year" in 2005 by Villaraigosa -- got things rolling by introducing the catwalk collection by saying: "Vintage fashion never goes out of style."

Unfortunately, given the plodding pace of the 21-minute-long show that followed, there was a good chance for just that to happen. (This is no reflection on the clothes -- no runway show should go on that long.)