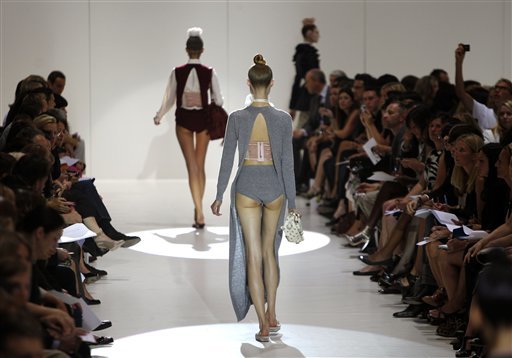 Jacobs is heralded as New York Fashion Week's bellwether designer, and Monday night he reminded style-watchers why: He had the biggest celebrity in his front row — Madonna; he had highly photogenic Kewpie-doll models — unlike anything else this round of fashion previews; and he had very feminine clothes — which is probably where other designers will be two seasons from now.

His spring collection had lots of frou-frou ruffles and pearl embellishment, yet his muse still seemed to be a strong woman with an obvious edge. Think of his customer as the cool, creative type who can find the best thing in a vintage store, or buy a Jacobs' blush-colored ruffled jersey dress that mimics it.

Some of his looks went much farther than that — balloon genie pants and pleated bloomers come to mind — but hopefully those are more for magazine editorial spreads than the real world. 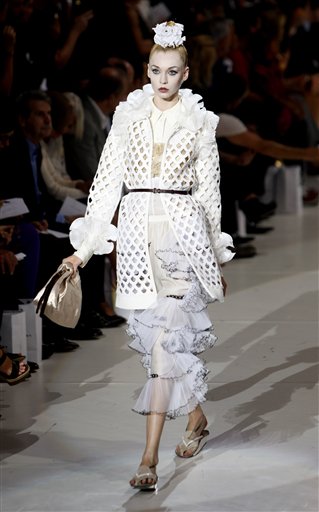 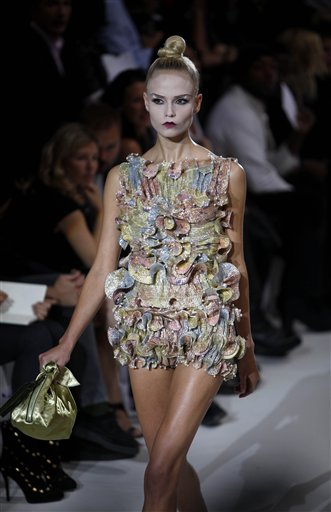 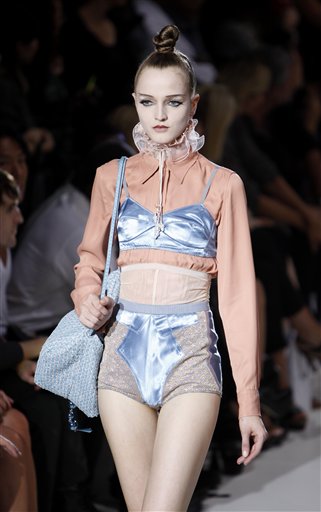 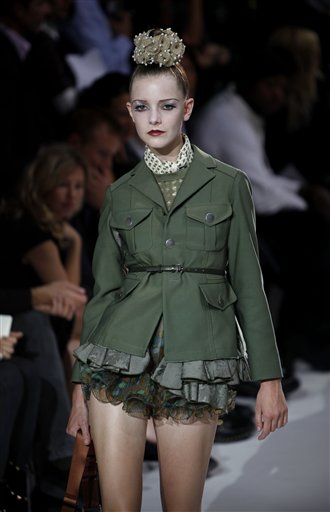