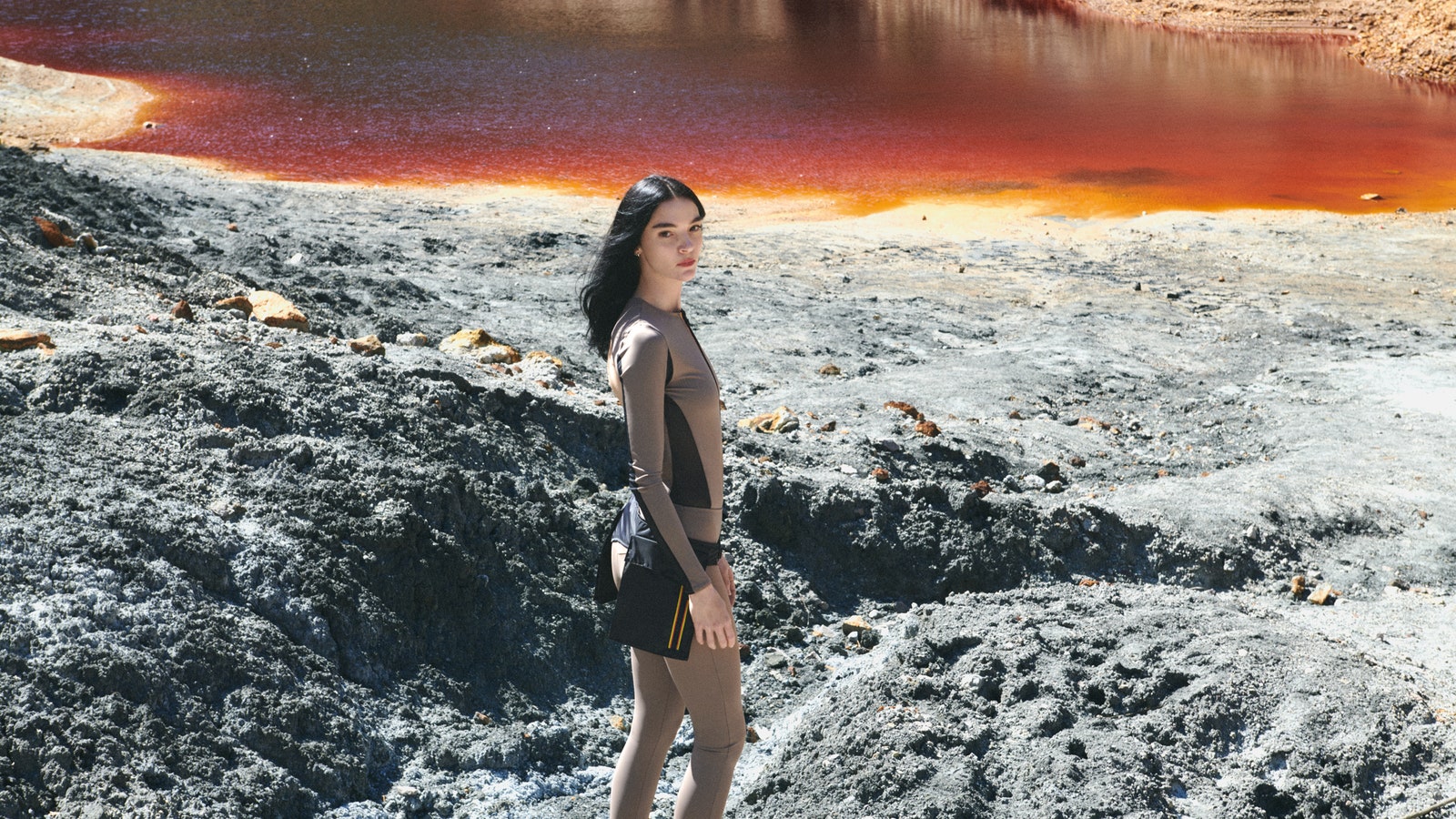 Italy’s ultimate muse teamed up with the sportswear brand K-Way for her first fashion collaboration, where she served as designer, photographer, and model.

If Italian fashion has an ambassador, it’s Mariacarla Boscono. A muse to homegrown talents like Riccardo Tisci, Donatella Versace, and Pierpaolo Piccioli, Boscono has become synonymous with the irreverence and glamour of Italian style. Still, it took nearly three decades as a fashion insider before Boscono felt ready to take up the mantle of designer. This week the star unveiled her first collaboration with outerwear brand K-Way: the features outdoorsy essentials like rain jackets, leggings, and swimsuits. “I waited 26 years into my career to do my first collaboration,” Boscono shared via Zoom. “I never wanted to do anything that felt forced. This came together organically. I’ve worked closely with designers and brands before, so I understood the basics, but when you’re hands-on and creating a collection, there’s so much more to it.”

Boscono’s connection to the K-Way brand began early. Though born in Rome, she lived everywhere from Providence, Rhode Island to Mombasa, Kenya, before her family eventually returned to Rome. No matter the location, Boscono recalls always having the label’s best-selling waterproof rainwear in her closet. “You have those childhood memories of your mom zipping you up in your K-Way,” she says. “We all grew up with them [because] it’s such a monumental brand in Italy, and it just becomes a part of your life.” Her affinity for the products continued into adulthood. Even before she met with the K-Way team, she dressed eight-year-old daughter Marialucas in the packable raincoats and wore the outwear off-duty.

After being introduced to the team by mutual friends who knew of her fondness for the label, Boscono began conversations with the creative team. “They’ve become like family,” says Boscono. “I learned that they base their work on these strong values—family, integrity—which align with my own, so I knew this could be a good fit.” Boscono was actively involved in all aspects of the project, taking on the roles of artistic director, campaign photographer, and model. “We’re in a period where we’re all exploring and [doing] things differently,” she says. “I don’t want only to be a designer, photographer, or model; I’m happy to be just Mariacarla, but I can do multiple things. As I didn’t want to step out into the unknown, I appreciated the idea of collaboration. That approach is less about creating a trend. it’s about creating things that represent who you are.”

She wanted any collection that bore her name to reflect the complexities of being a woman in 2021. “I consider myself very modern, I’m independent and a single working mom who embraces femininity in all its forms,” she says. “That connects to what a lot of women experience. We all do much, so I wanted these [pieces] to be simple, classic, almost timeless designs that work with your life.” Achieving that goal meant taking K-Way’s signatures and reinventing them.

Naturally, there is a packable raincoat, but Boscono’s is reversible and covered in abstract botanical print she designed herself. Swimwear is present, but the sporty, streamlined design skews closer to surf gear than the slinky suits you’ll see on your Instagram feed. Designed in a quick-dry material with UPF 50 sun protection, it can be paired with matching leggings or even jeans. The piece was meant to be as versatile and user-friendly as possible, unlike the many less-practical, sexy suits Boscono saw on the market. “It’s beautiful, but I can’t wear it, and I’m a model,” she says. “With our swimsuits, we thought about what could work on a variety of bodies and feel comfortable. I’m 41 and a mother; I’m much more conscious of fit. You think about your arms, your stomach, whether you even want [the swimsuit] to be sexy or not. We made matching leggings, so even if you’re not comfortable in just a swimsuit, you have something you can wear to the beach.”

A relaxed, beachy vibe runs through the entire collection, and Boscono wanted the corresponding imagery to follow suit. She and her daughter Marialucas feature in the advertisement. The last time the pair posed together for a fashion ad was Givenchy’s spring/summer 2013 campaign by photographers Mert Alas and Marcus Piggott. “That picture was taken right before she was fed, so we [intended] to take the shot quickly but she enjoyed being on set so much,” says Boscono. “I had to stay and feed her while Kate Moss, who was photographed right after us, finished up her shot, so while Kate was posing, I was in the background breastfeeding.” The now-iconic image of Boscono holding an infant Marialucas hangs in their living room.

Their K-Way family moment was equally poignant, though the opinionated eight-year-old was ready to give feedback this time around. “She’s such an individual, she didn’t want [to wear] the same thing as mommy,” says Boscono, who credits her daughter’s input with refining the collection’s look. “She came along with me on this project. We were working during the lockdown, so they were sending in pieces to me, and we were going over the drawings or trying different things out. She let me know what she was feeling and what she didn’t like. Sometimes she’d say, ‘mom, this isn’t right. I think we should do it this way.’ It all came naturally for her.”

Boscono describes the campaign shoot, which took place on a picturesque Mediterranean island, as a “beautiful adventure” that brought her vision to life. With the pieces to hit retail stores and the brand’s e-commerce on June 10th, she hopes her audience has as much fun wearing it as she had making it. “I worked hard on this, but it was incredibly liberating to be able to create a piece of clothing, decide how it should be presented, and then translate that into a visual,” she says before summing up the experience with a bit of tongue-in-cheek humor. “Now I appreciate how difficult it must be for my designer friends to find the perfect muse for each collection-luckily, they have me!” 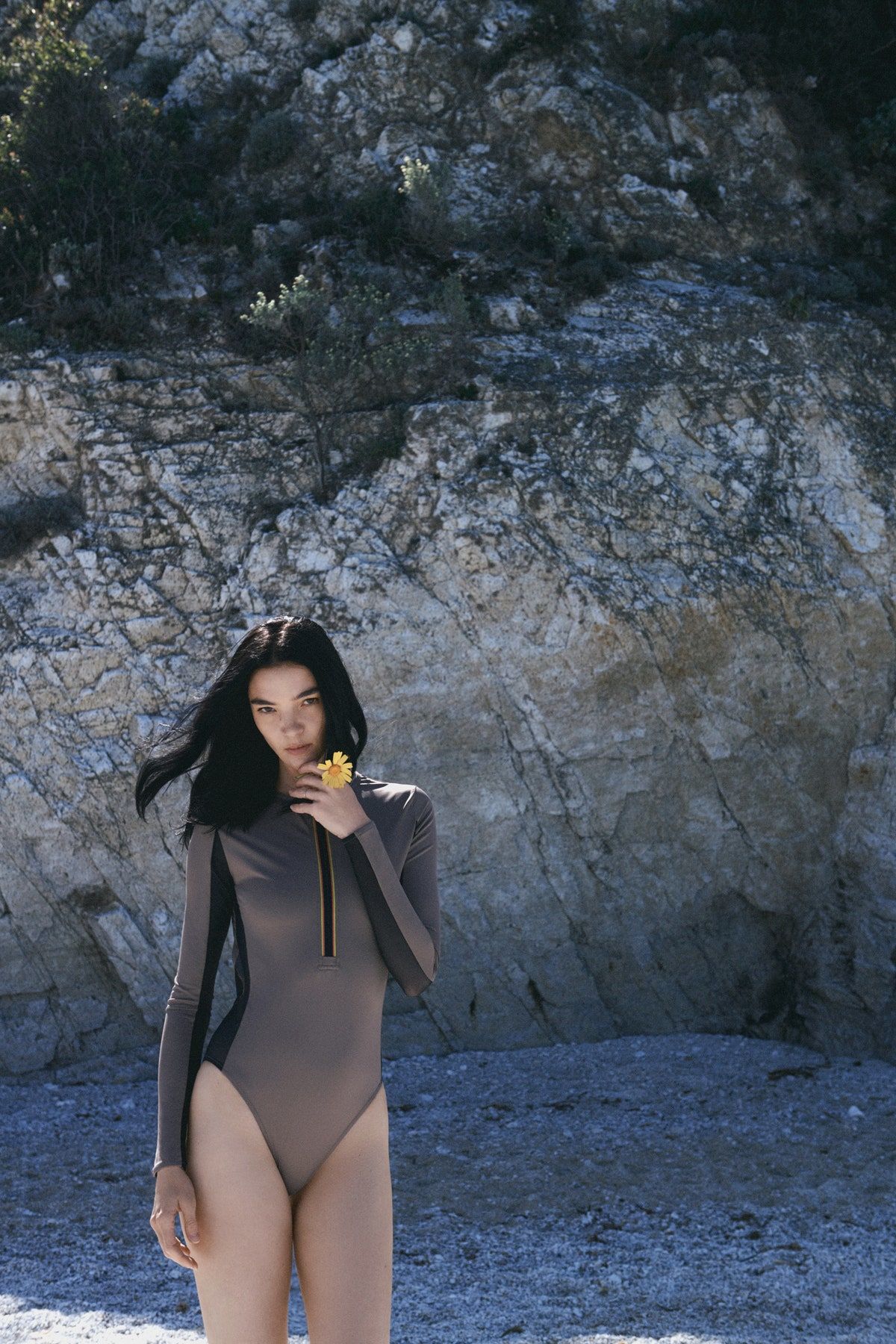 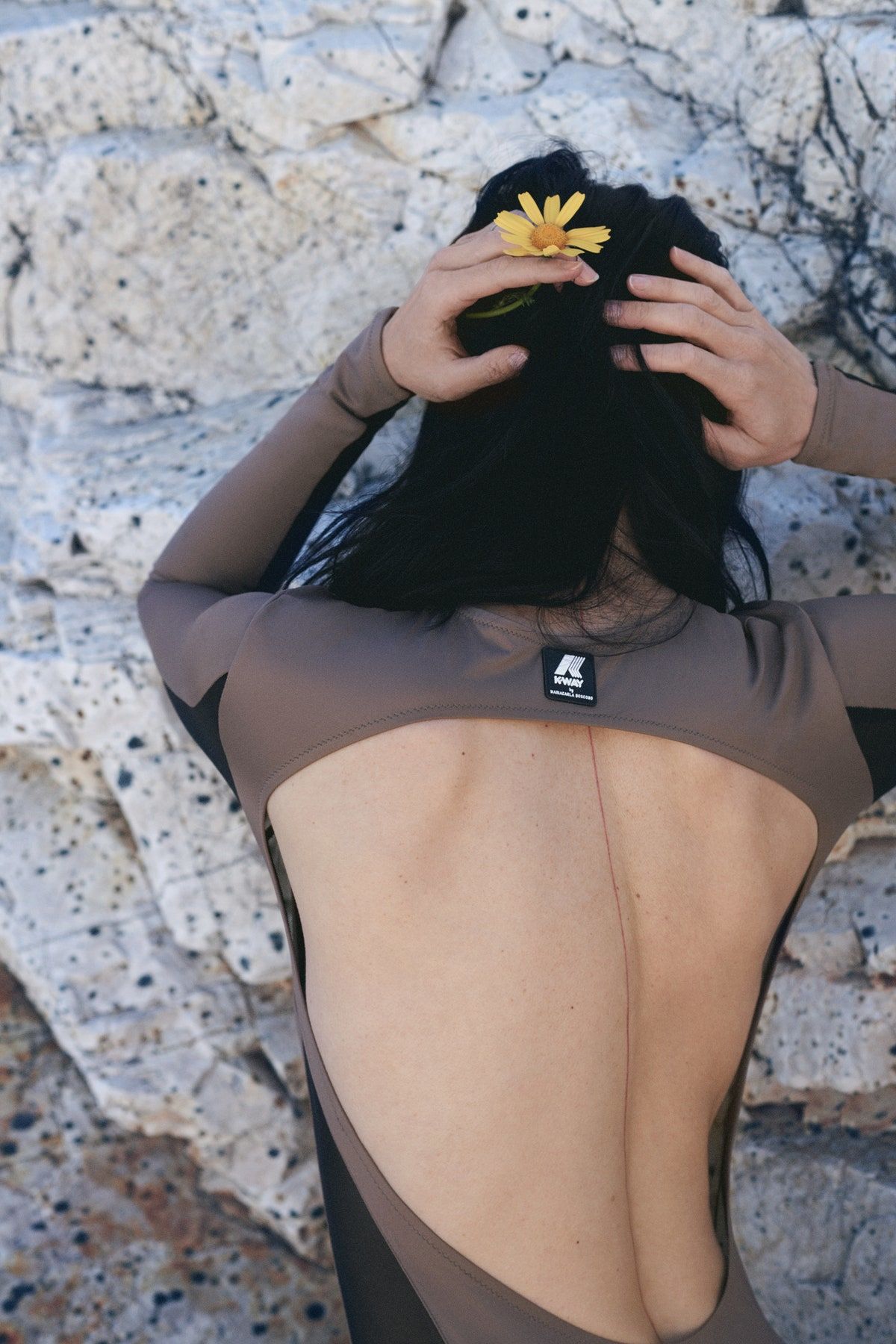 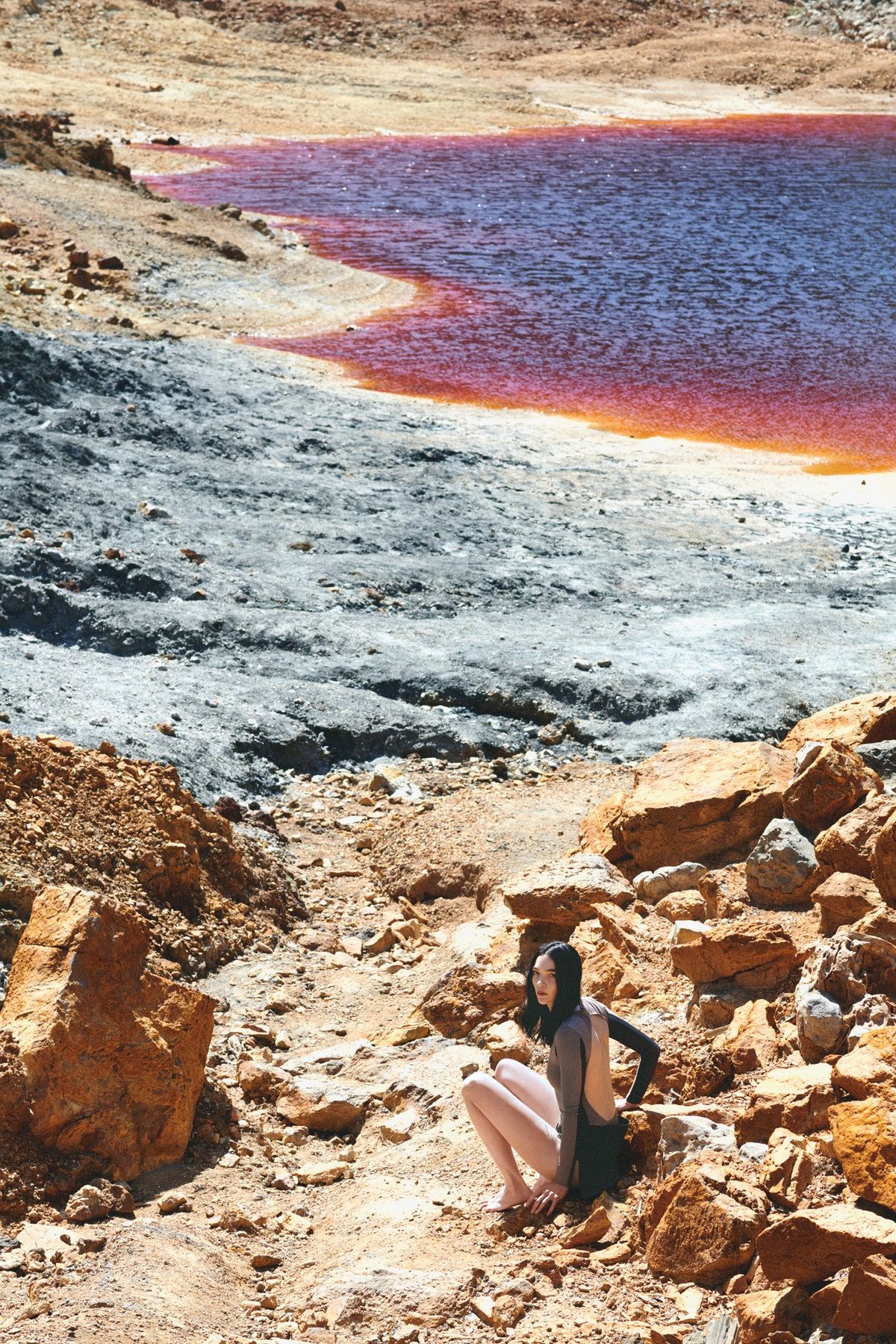 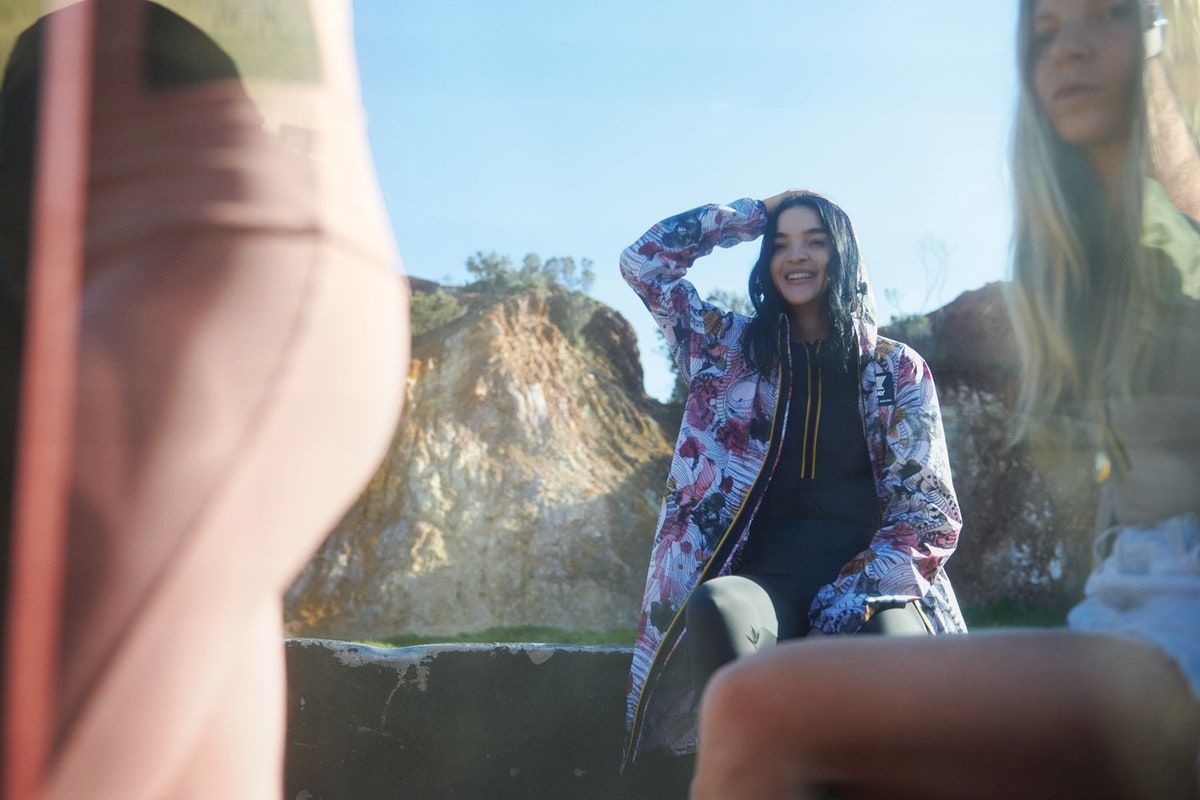 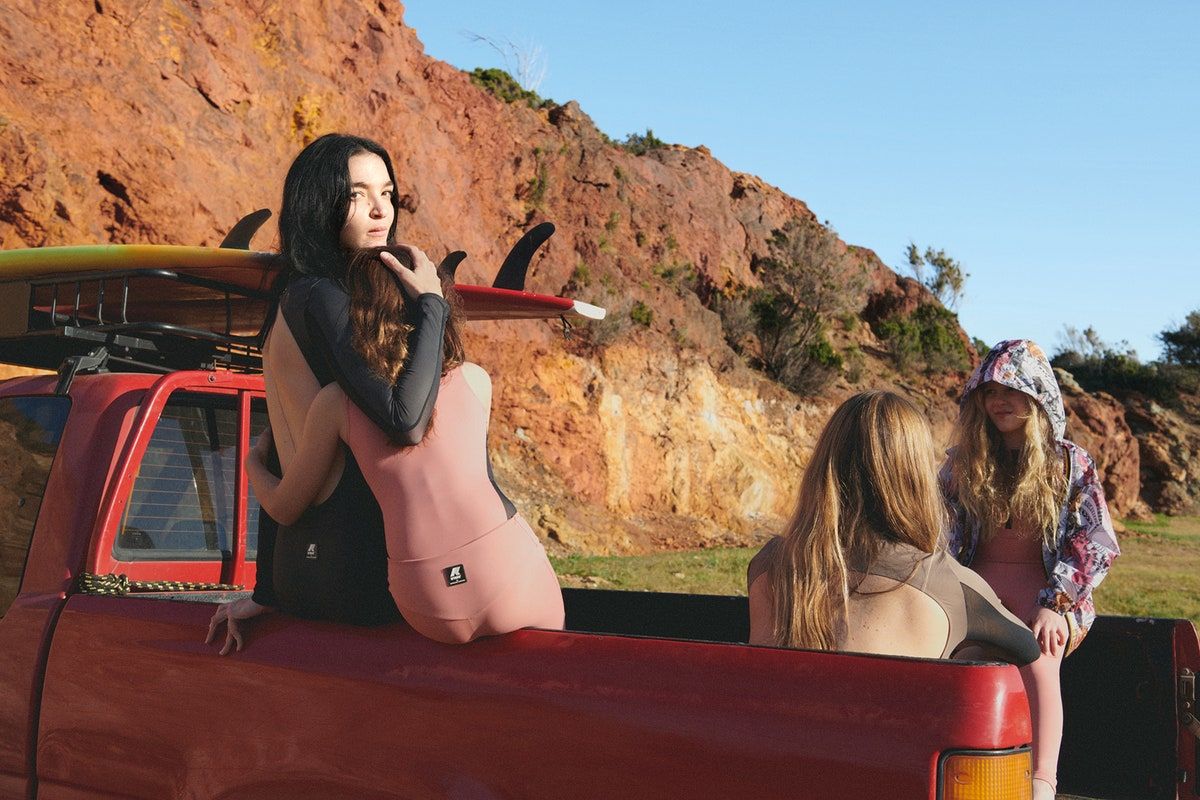 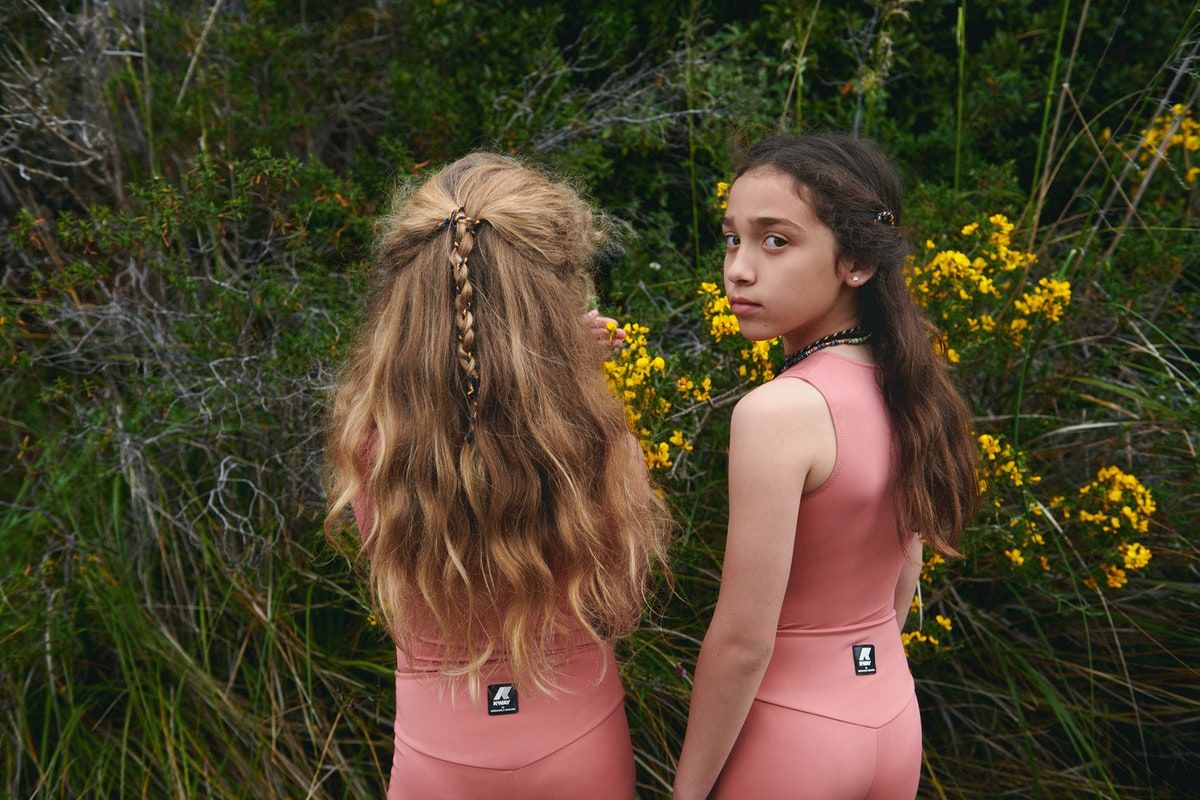 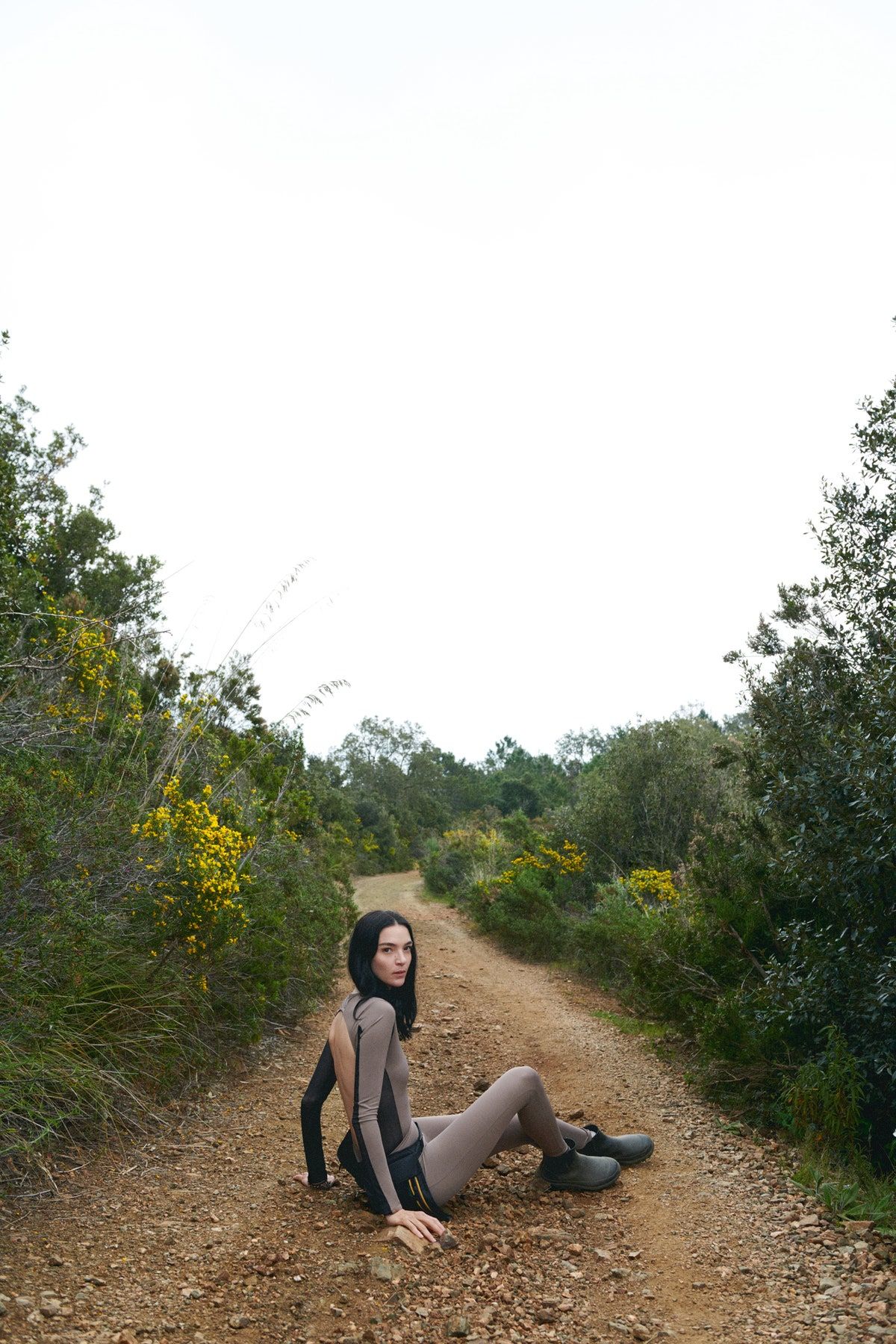 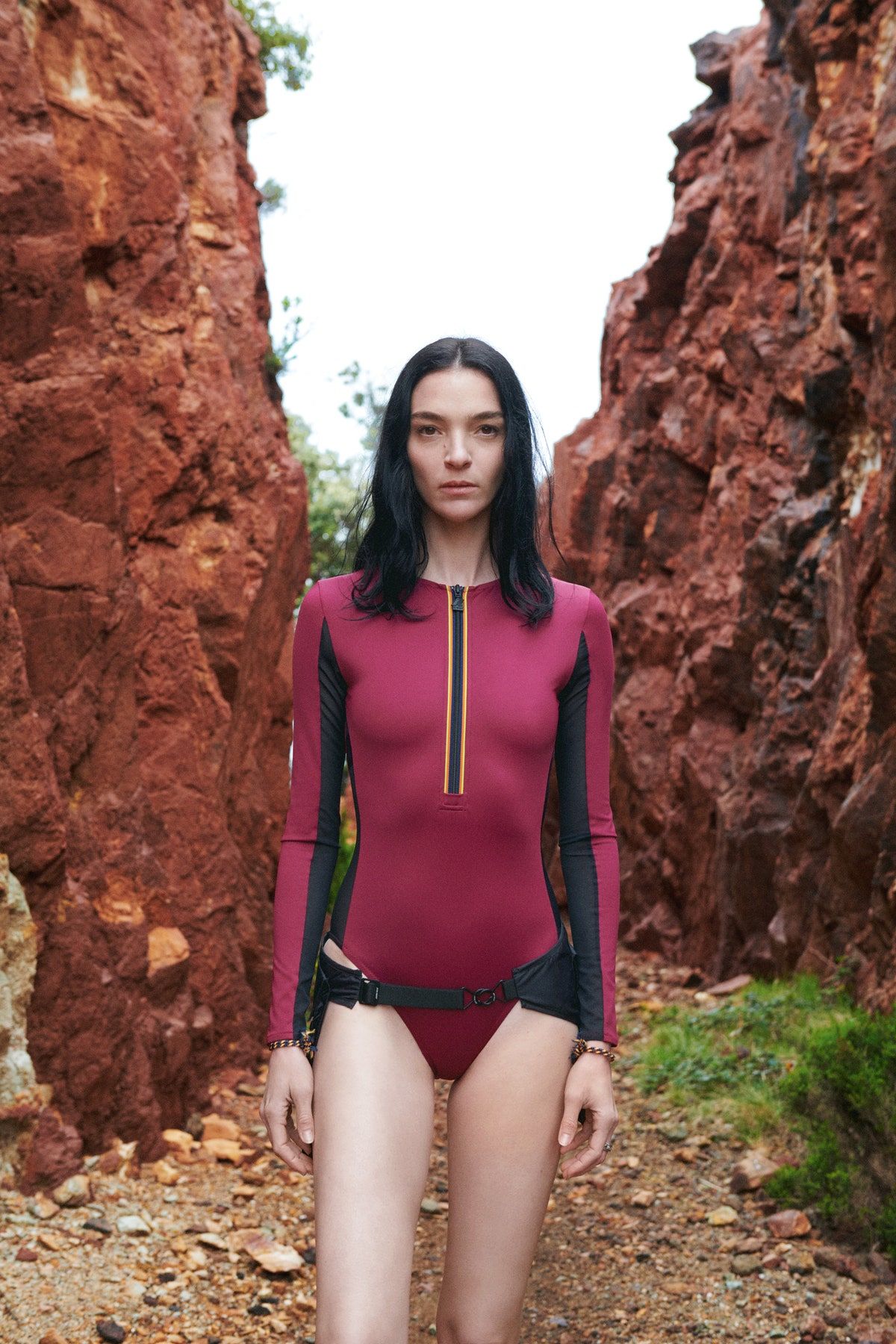