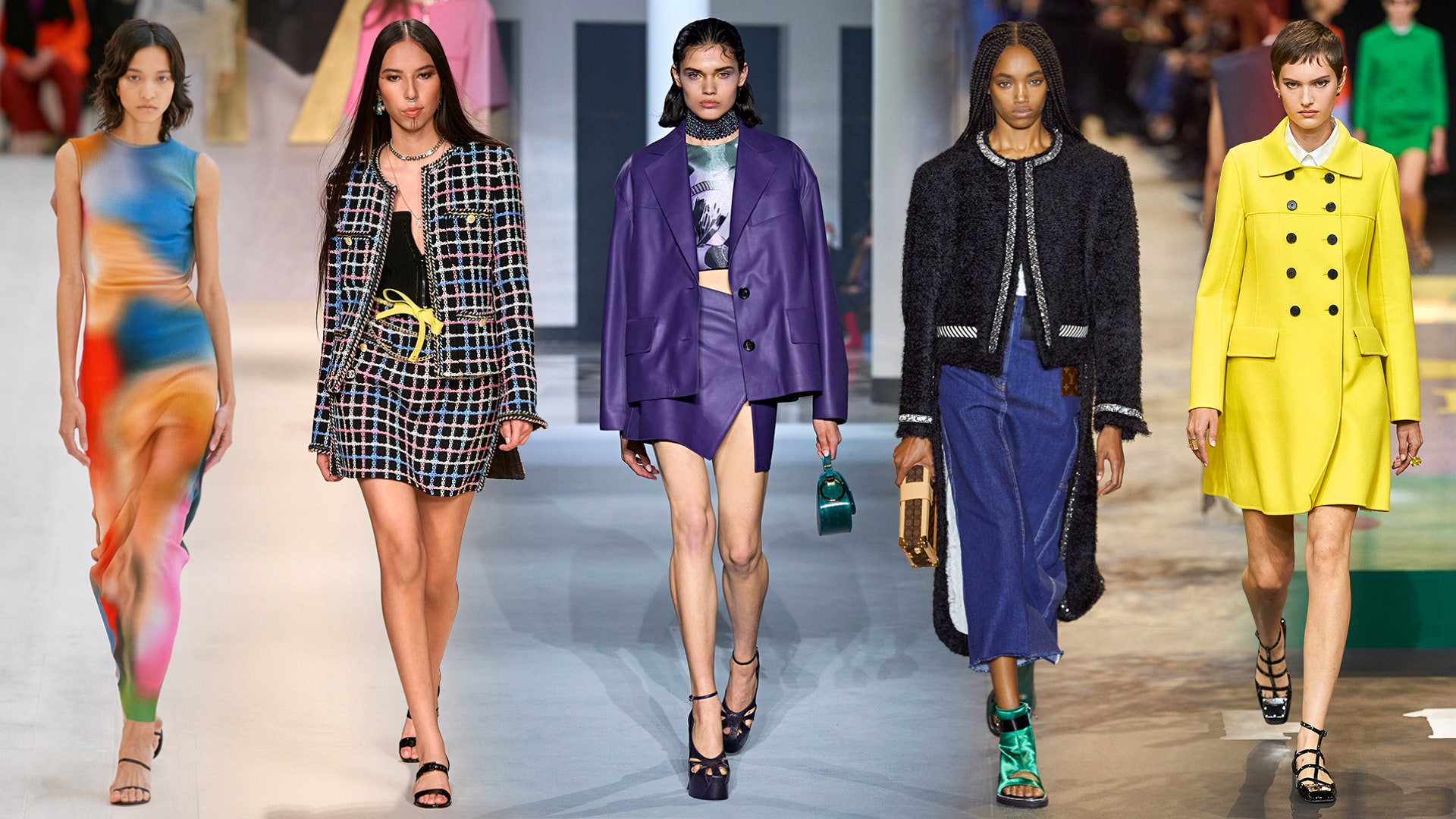 The most notable models of the season were also artists, aspiring doctors, theater geeks, and stylish students. 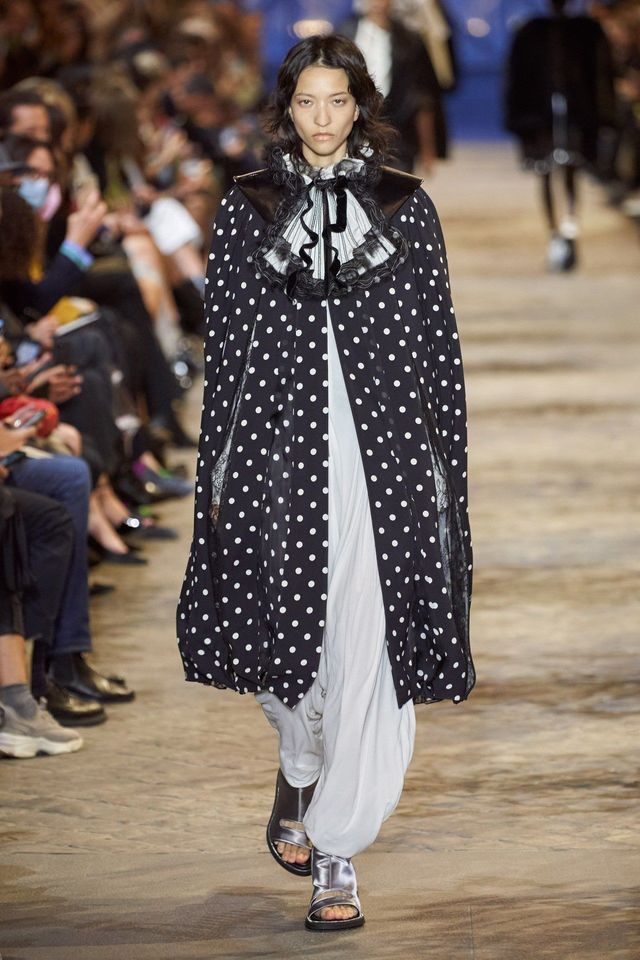 If América Gonzalez hadn’t listened to her sister, the Venezuelan rising star never would have found her way onto the runway. During Gonzalez’s second year of medical school at the Central University of Venezuela, her sibling heard about an open call in Caracas and pushed her to attend. Gonzalez was immediately scouted, and though she still plans on eventually finishing up her degree and becoming a doctor, she’s currently enjoying plenty of success in fashion. This season, she booked one top show after another and became a favorite amongst street style photographers. 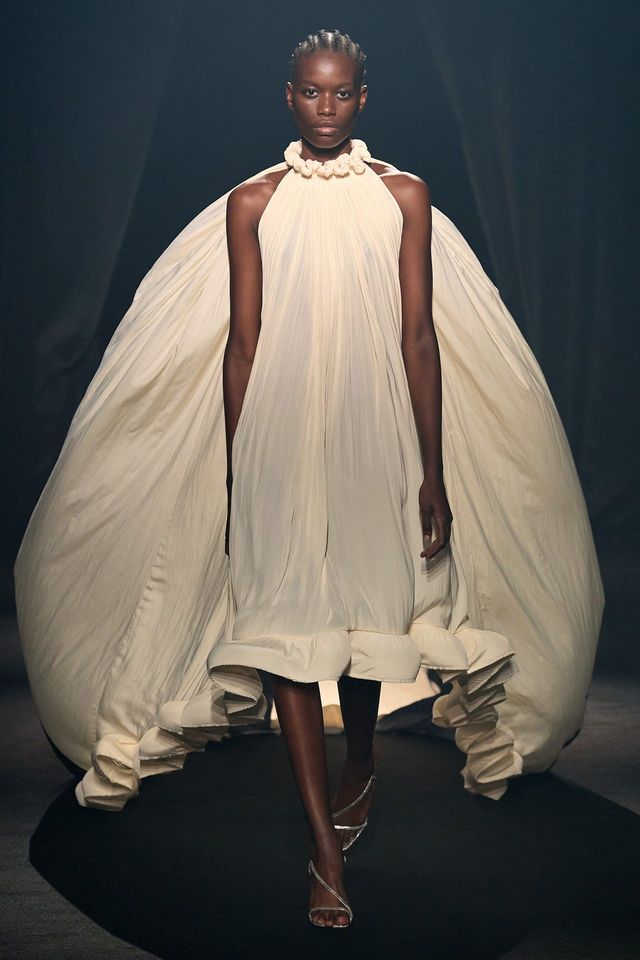 Given the performer that 19-year-old Antiguan newcomer Beyoncé Ambrose is named after, she was destined to do big things. The daughter of Sir Curtly Ambrose, an Cricket icon, Beyoncé could have followed her father’s footsteps into sports, but her passions lie in performance-in fashion and beyond. A theater major at Georgia State University and a YouTube personality, Ambrose excels in front of the camera. At shows like Valentino, Lanvin, and Proenza Schouler, she showed the world that there’s more than one Beyoncé worth paying attention to. 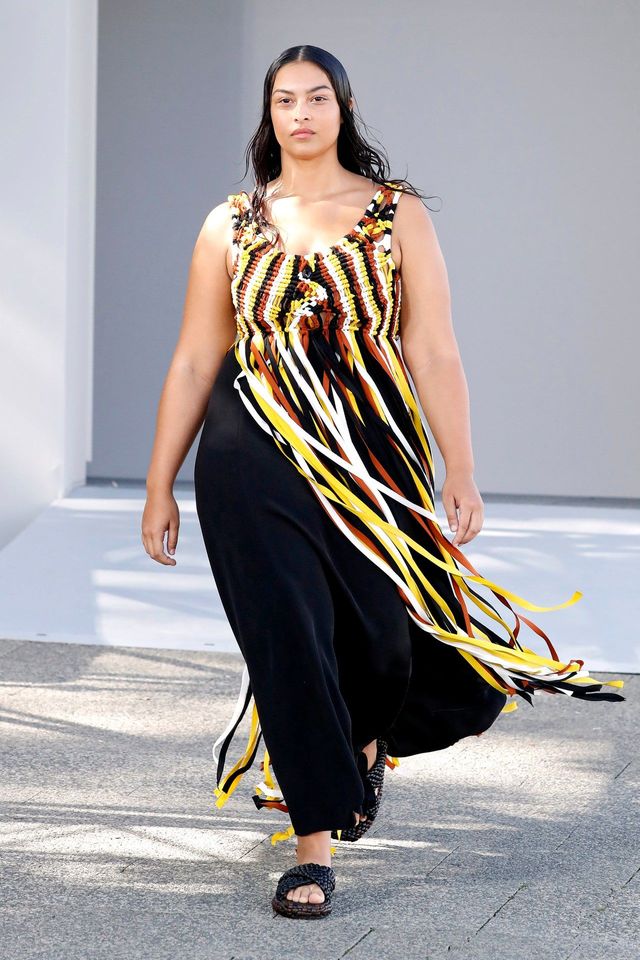 When it comes to size inclusivity, fashion talks a big game, but rarely allows models who aren’t a sample size to have their moment in the limelight. Still, one of the bright spots of spring 2022 was the emergence of Devyn Garcia, a Floridian beauty who made her way into the casts of prestige shows like Altuzarra, Brandon Maxwell, and Chloé. Garcia’s commercial work was already impressive-she counts brands like Victoria’s Secret, and Nordstrom as regular clients-but she introduced herself to a whole new audience during the shows. Thanks to her natural beauty and confident presence, we’re sure to be seeing a lot more of her shortly. 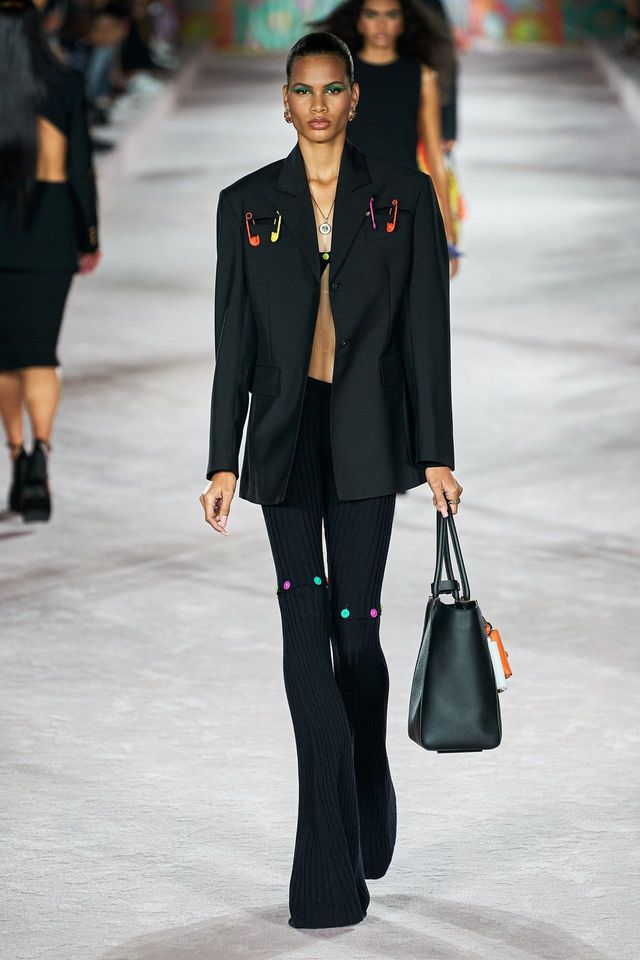 Season Highlights: Versace, Loewe, Acne Studios, Saint Laurent Three years ago, Dominican beauty Lina Cruz took it upon herself to head to a casting in her hometown and was immediately signed by Luis Menieur, the designer-turned agency owner who discovered Vogue favorite Arlenis Sosa. Cruz arrived on the international scene with a stellar debut at Versace’s spring/summer 2022 collection heading onto the runway moments after Dua Lipa. From there, Cruz went on to walk key shows like Saint Laurent, Loewe, Alexander McQueen, and the star-studded tribute to Alber Elbaz at AZ Factory. With her dramatic high cheekbones and graceful strut, the 19-year-old newcomer was a compelling presence on the runway, and her success is poised to carry over into campaign season. 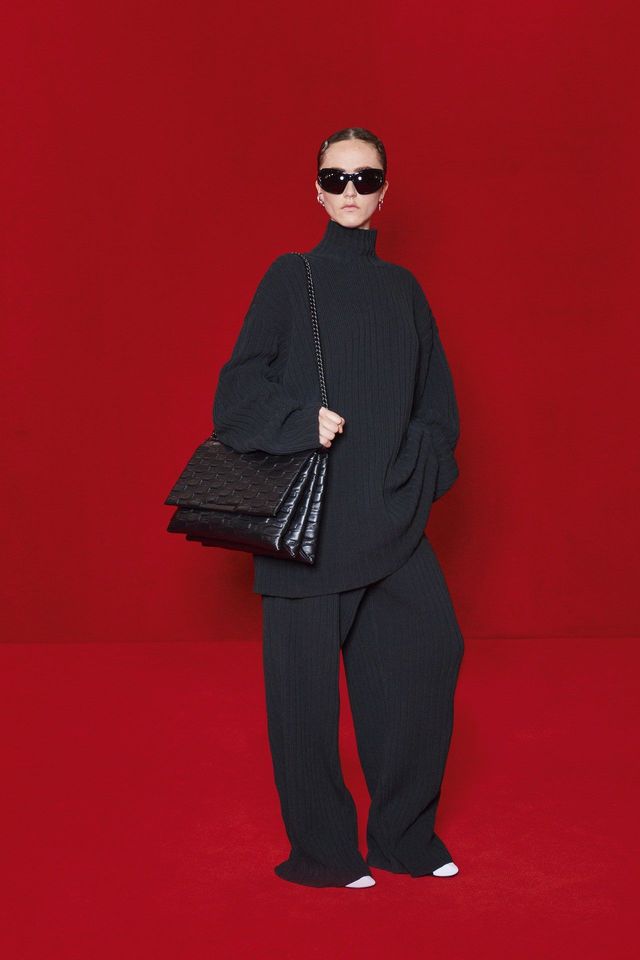 From the moment Ella Emhoff emerged as a presence in the fashion industry, she’s brought something unique to the table. Emhoff receives plenty of attention for her style and connection to politics, but as a talented ceramics artist, knitwear designer, and model, she’s fascinating all on her own. A multi-hyphenate who has inspired her artistic peers, she’s impressed creatives like Demna Gvasalia, Miuccia Prada, and Proenza Schouler’s Jack and Lazaro Hernandez. During her first full season, Emhoff walked the collections in Europe, attended the Met Gala in custom Stella McCartney, and was a chic presence in the front row-precisely what a modern model ought to be doing. 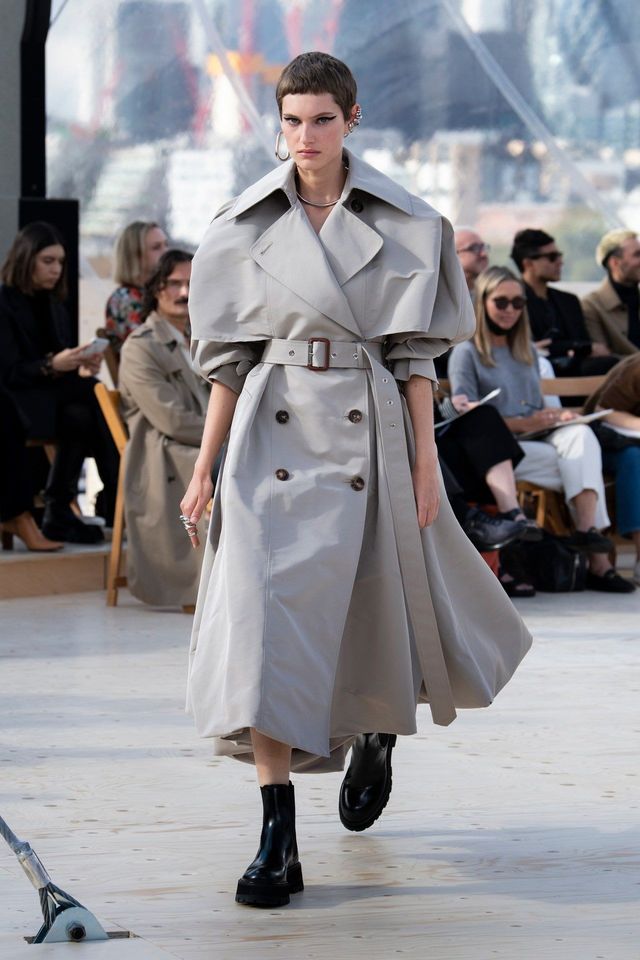 With a Prada campaign and the the cover of Vogue Italia already under her belt, gamine Austrian Greta Hofer began the season at an advantage. After honing her skills with exclusive work with Prada, Hofer proved she could stand her own at shows for prominent designers, so spring/summer 2022 was all about branding out and showcasing her versatility. During the European collections, she did just that, transforming to match the mood of each brand moving from 90s’ style minimalist muse at Jil Sander to leather-clad it-girl for Courreges and prim Parisian at Dior. 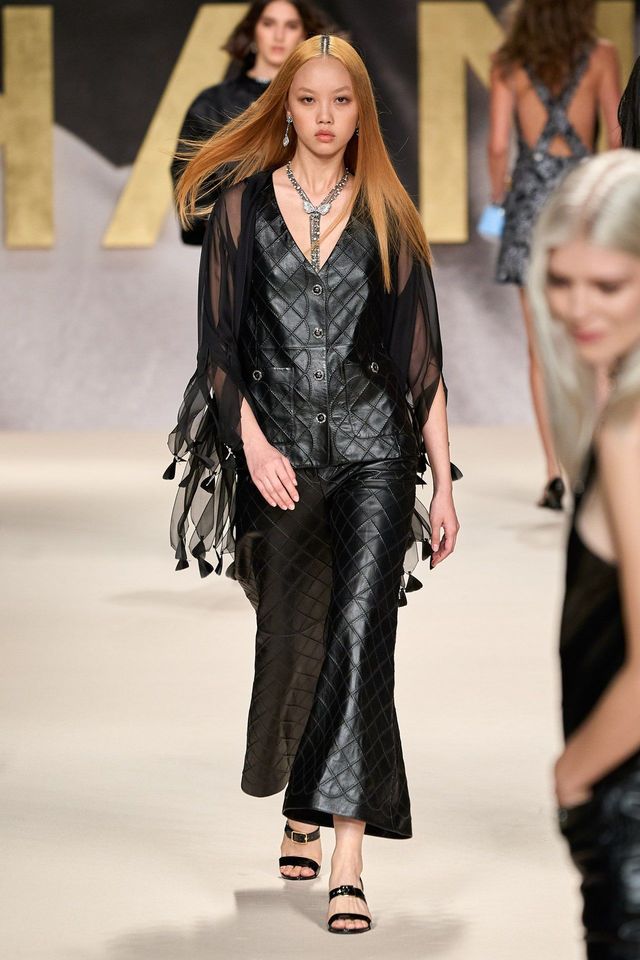 Success isn’t an overnight proposition, and Jan Baiboon has spent the last seven years climbing the ranks. While attending a modeling competition in Bangkok, Scouted, she dominated the local market until she had her International crossover moment with an exclusive on Burberry's spring/summer 2020 runway. Since then, Baiboon has undergone a beauty transformation, dyeing her long dark locks a striking shade of ginger and making a splash at some of the season’s biggest shows. 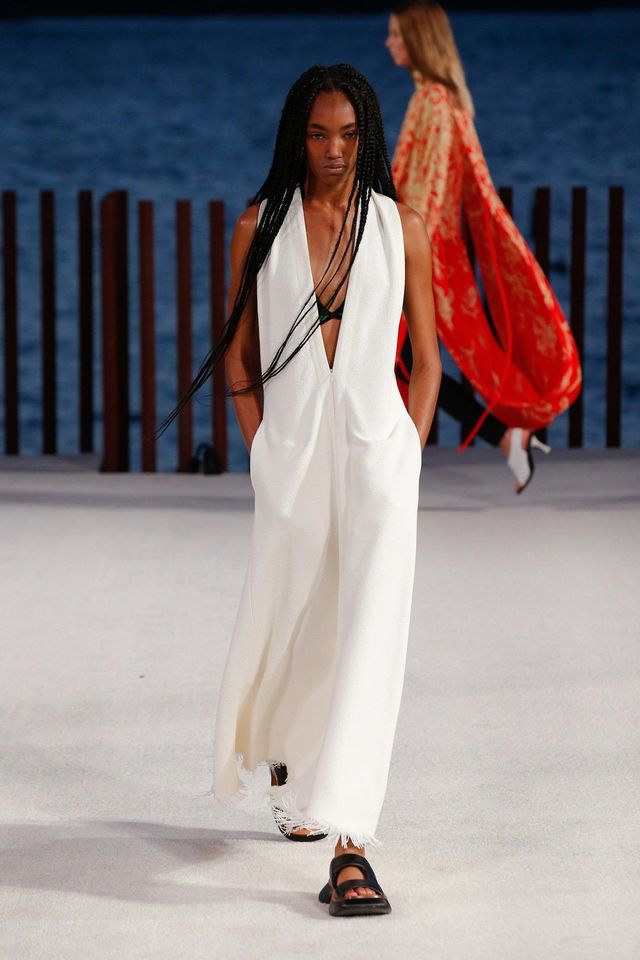 It’s fitting that one of this season’s runway queens has the most regal name. From the moment Majesty Amare made her debut at Proenza Schouler in a crisp white column gown, she was destined to go places, and it’s easy to see why. With her serene presence, the 24-year-old from Pasadena brought a touch of youthful elegance to every runway she graced, becoming one of the moment’s most in-demand faces in the process. 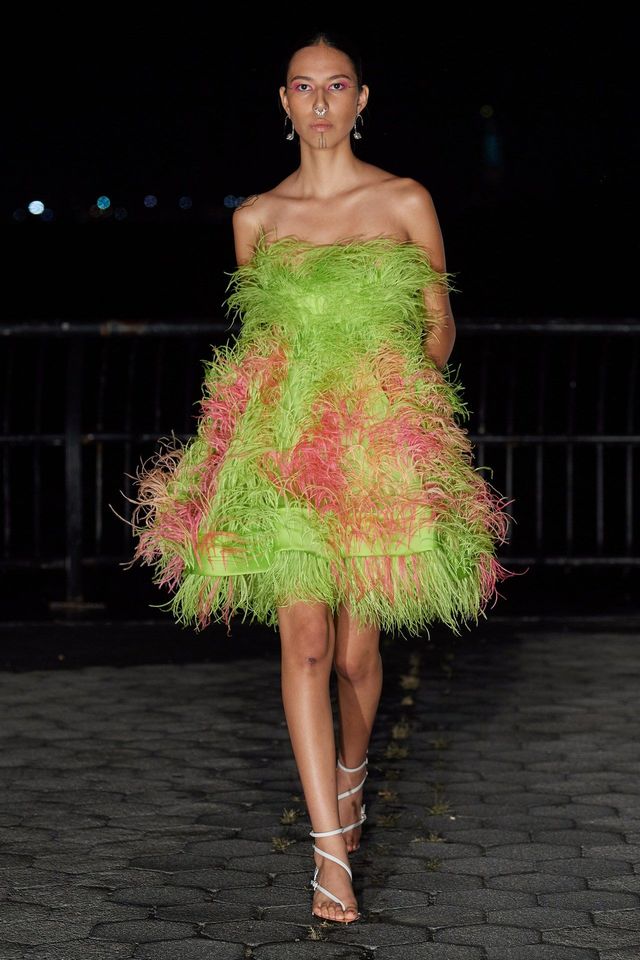 Even if she weren’t adding a touch of American insouciance to Chanel’s runway and closing the proceedings at Gabriela Hearst, Quannah Chasinghorse would be the model of the moment. A singular beauty whose presence in the industry is helping to open doors for other indigenous talents, Chasinghorse has been an essential part of fashion in 2021. Whether she was walking for Rihanna at Savage x Fenty, appearing in the pages of Vogue, or speaking about the importance of representation during a New York Fashion Week panel, she’s used her platform gracefully. 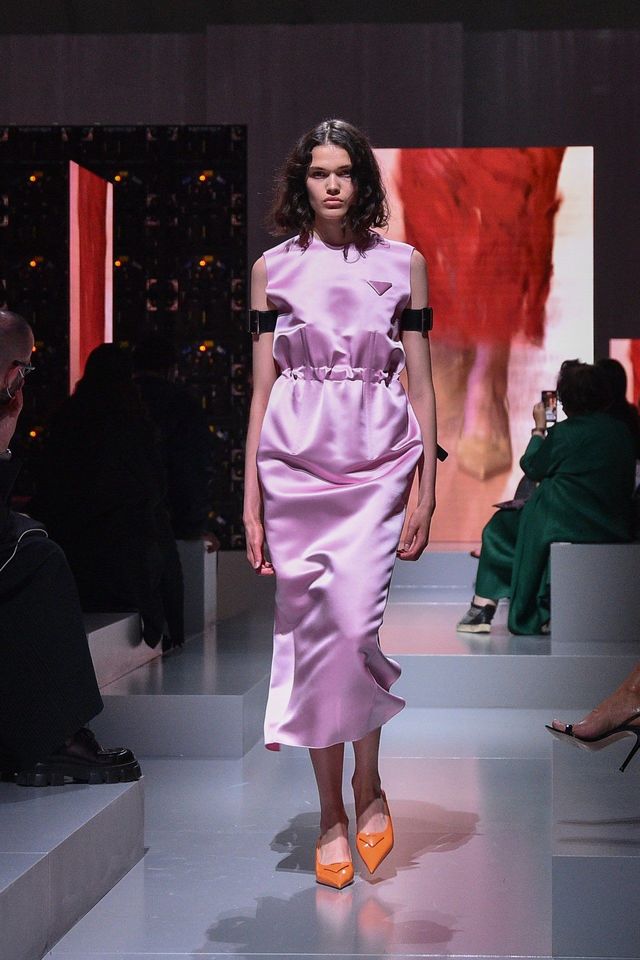 If you miss the days when modeling was less about social media and more about one-of-a-kind faces, New Zealander Lucy Rosiek should appeal to you. The 18-year-old’s distinctive look caught the attention of casting directors, who were wowed by her dramatic features and throwback vibe. Rosiek was the toast of Europe, front and center at Louis Vuitton, Loewe, Prada, and Christopher Esber, who first worked with her when she was making waves at Sydney Fashion Week this summer.