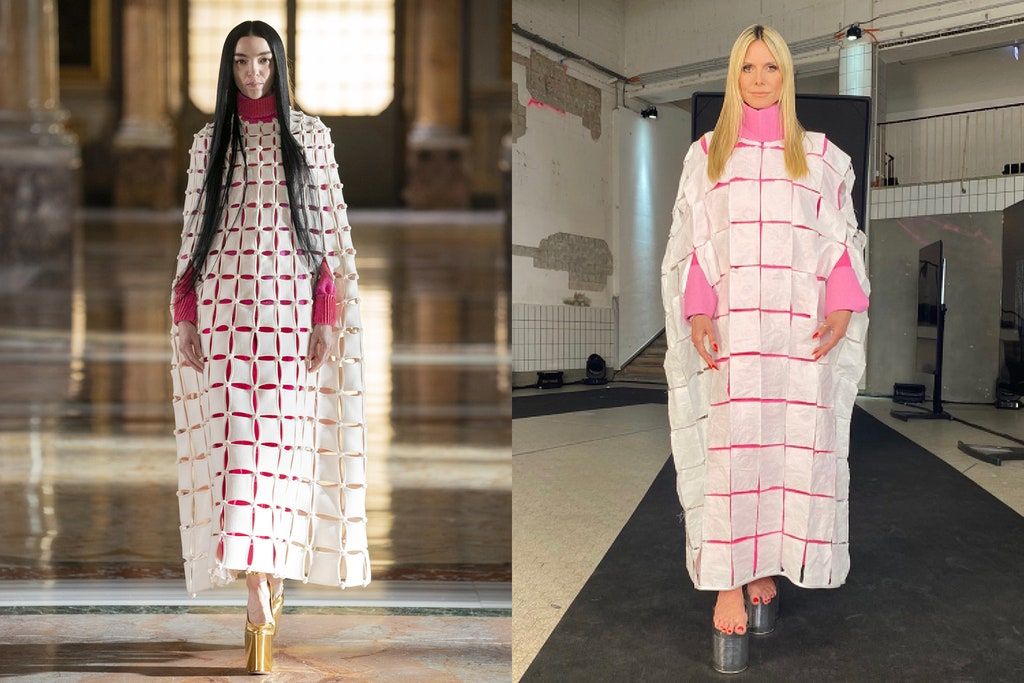 Meet the DIY Stars of Our #VogueCouchCouture Challenge

Leave it to Vogue’s Instagram community to make a quiet, entirely-virtual Couture Week feel as exciting as actually being there.

In the absence of our usual coverage-atmospheric shows, epic behind-the-scenes photos, inspiring street style-we asked our followers to celebrate couture another way: by recreating their favorite runway looks at home. Our favorites would be featured on Vogue.com, @voguemgazine, @voguerunway, and our new street style trend tracker documenting IRL fashion around the world.

It would be an understatement to say we were blown away by the entries we received. Giambattista Valli’s signature tulle poufs inspired countless DIYs, as did Viktor & Rolf’s slogan’d gowns of spring 2019. Some of you chose looks from decades ago-@claud_barnard recreated John Galliano’s angelic finale gown from Dior fall 2005, complete with a gilded halo-and others interpreted spring 2021 couture looks in real time, see @kaseyandherklothes’s take on Chanel’s silk blouse and ball skirt. Many didn’t even use “real” clothes or materials: To redo Valentino’s couture cape of hand-knotted ivory squares, Heidi Klum grabbed a roll of toilet paper and stitched together a few dozen sheets (impressively, with zero rips!). She used pink sponges to mimic the knit dress underneath, then balanced on silver paint cans nearly as tall as the runway’s XXL platforms. After a year at home, it showed our “essentials” in a clever new light.

Also inventive: Malcolm Mammone used flowery tea plates to recreate Jean Paul Gaultier’s embroidery hoop dress of spring 2020. JPG was so popular, in fact, that the designer re-grammed his favorite #VogueCouchCouture looks on his own Instagram, including @lucciholland’s knitted take on his signature cone bra and @the_symone’s spin on a belted corset Rihanna wore in British Vogue.

Here, we’ve pulled more of our favorite #VogueCouchCouture looks-scroll through them here, and look for them on our Instagram pages and our new street style tracker later this week. 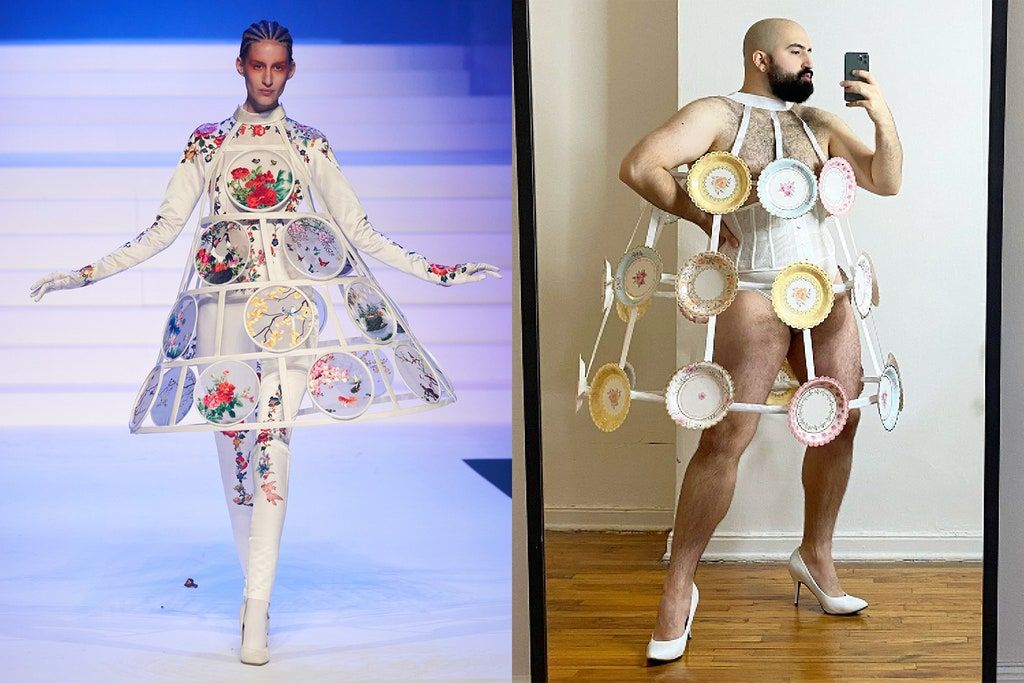 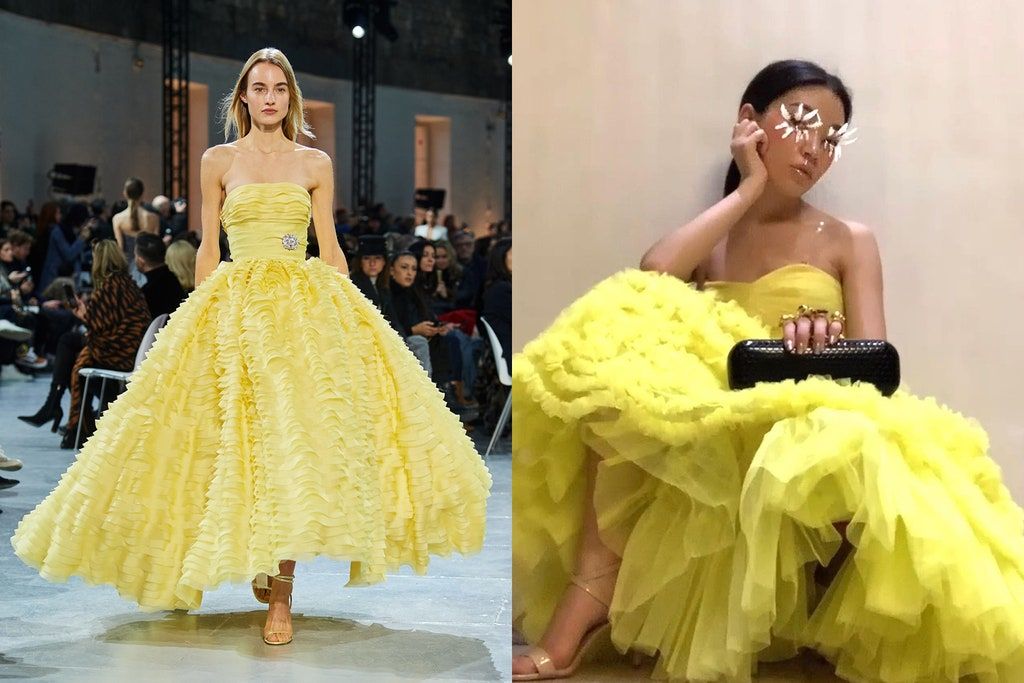 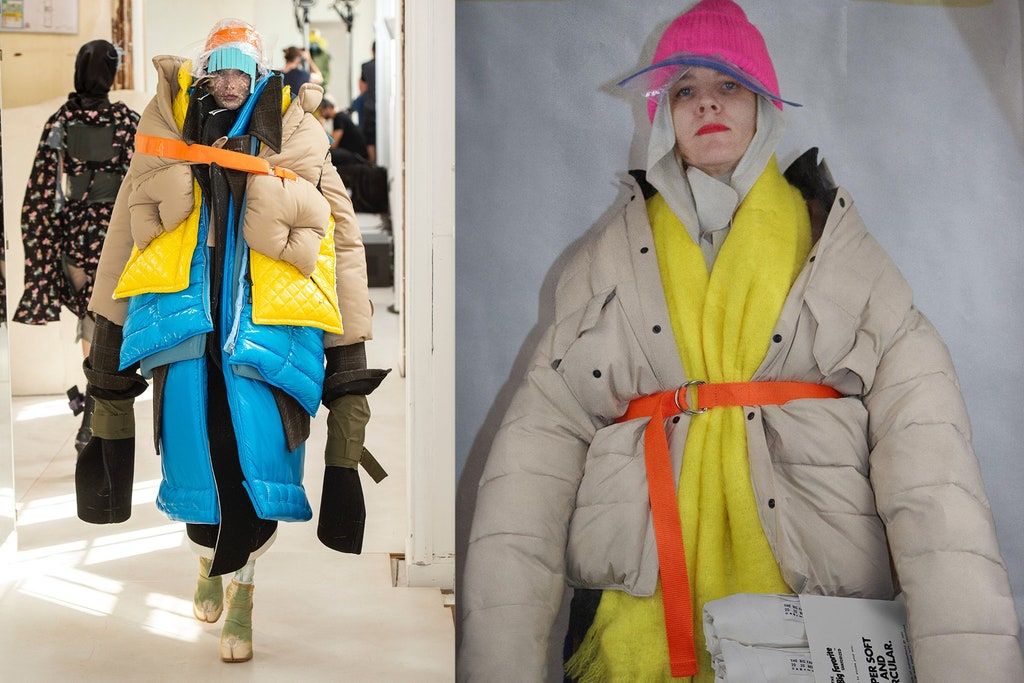 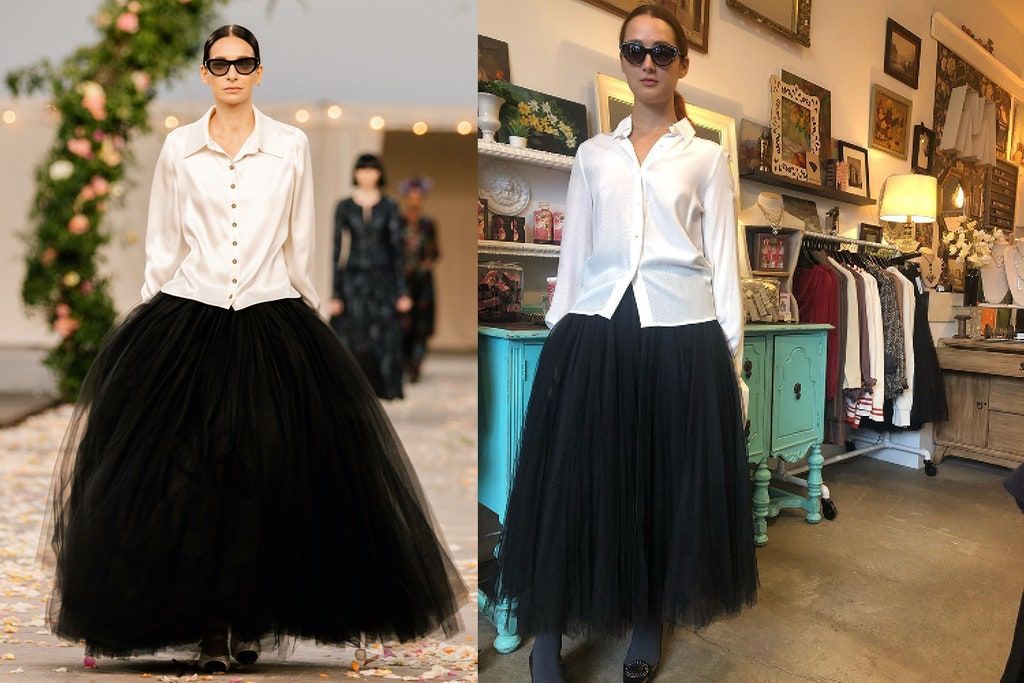 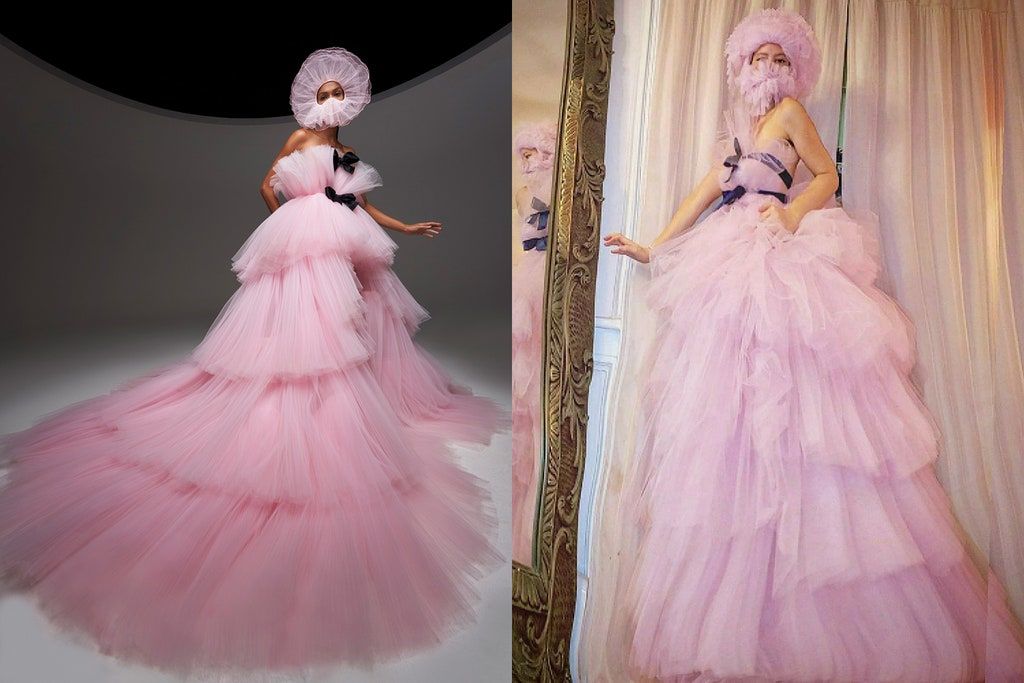 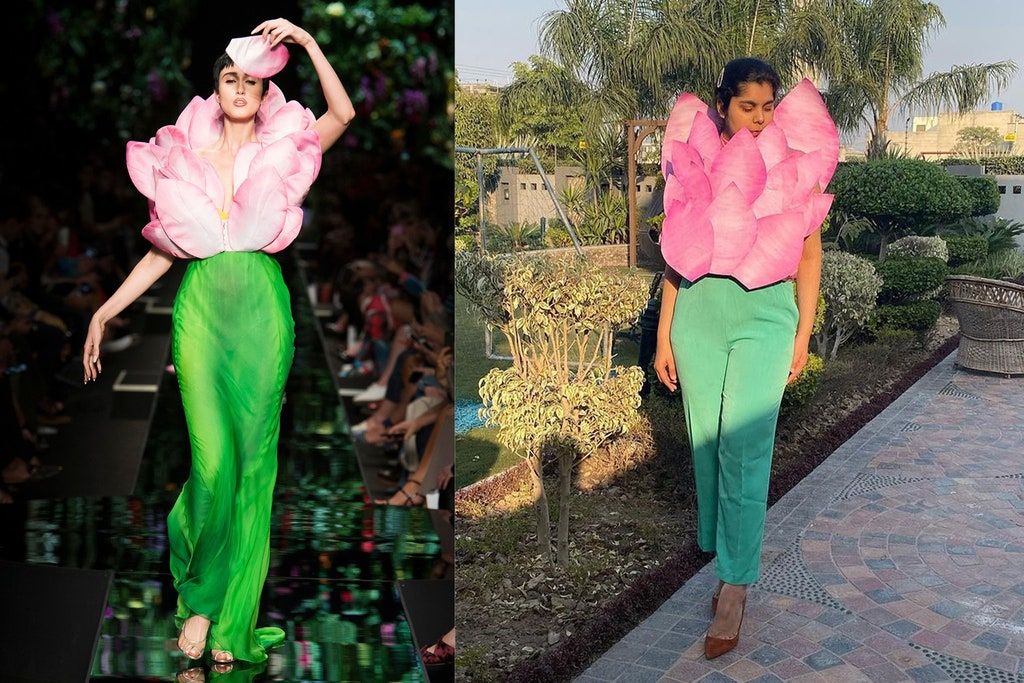 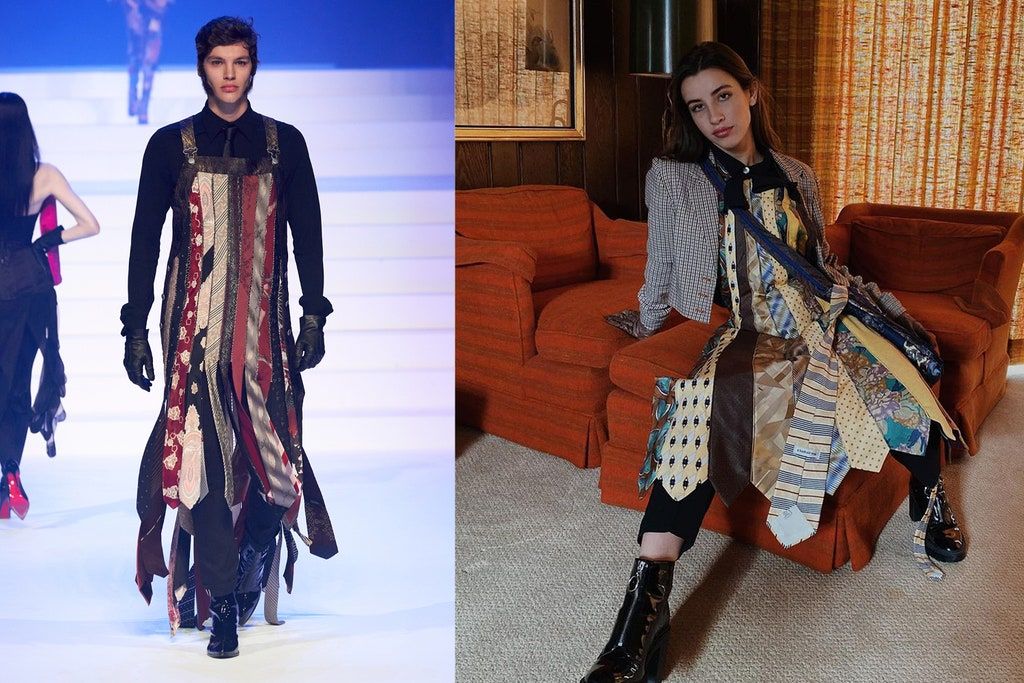 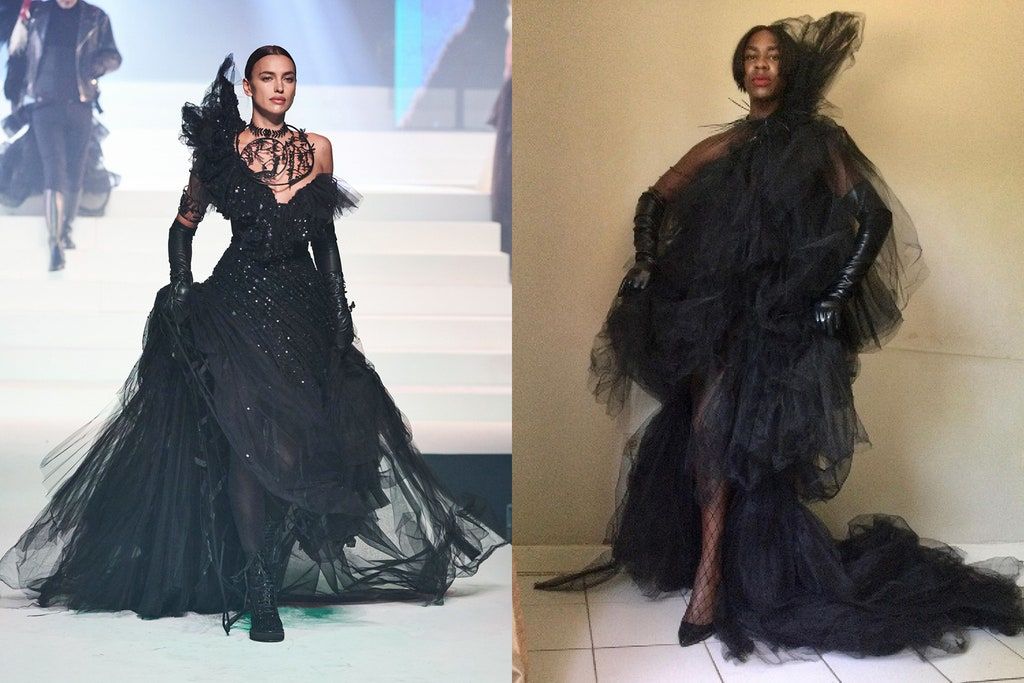 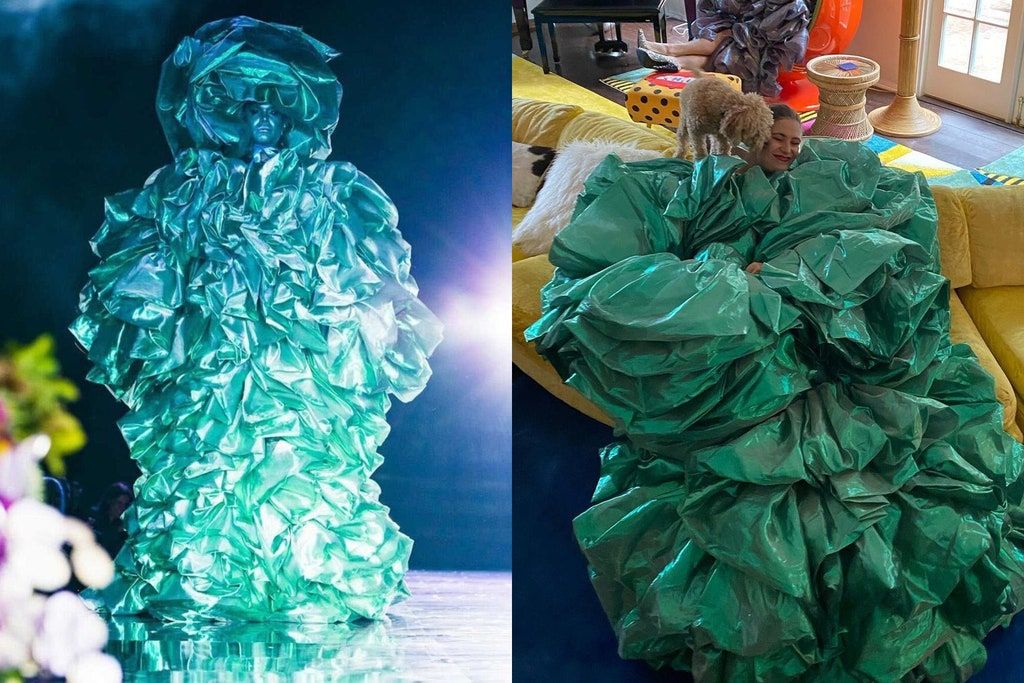