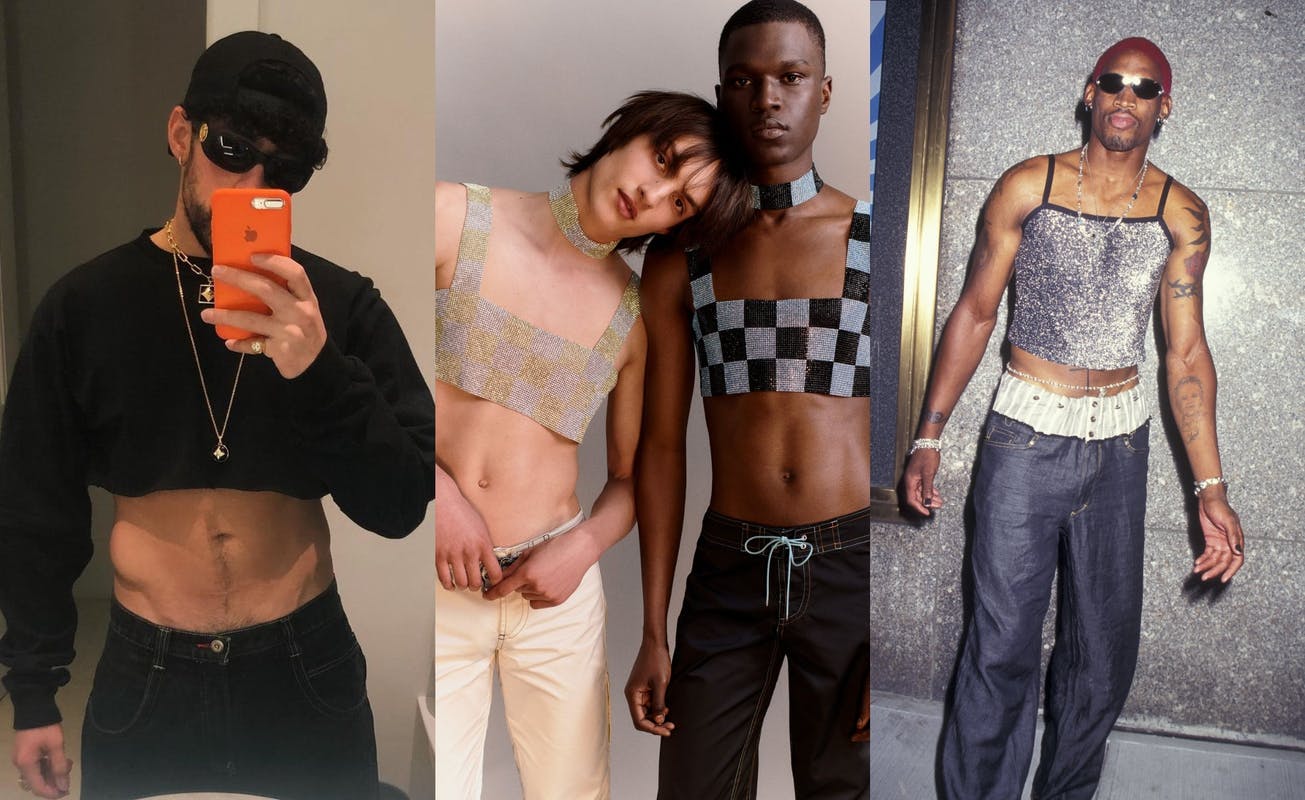 Men's Crop Top is Back in Fashion, and that's Good News

While the post-confinement wardrobe is always more liberating, between maximalism and return of the trends of the 2000s, the crop top, rejected until now from the male wardrobe, is making a comeback.

Proof that in 2021, the concept of gendered locker room tends to crumble, women constantly borrow from the "male" locker room while men, even straight, dare to draw more and more in the so-called "female". In 1975, Helmut Newton made history, photographing in the streets of Paris Le Smoking pour femme created by Yves Saint Laurent 9 years earlier. A garment whose creation participated in the emancipation, while most of the public present at the Pop Art parade of the creator unveiling Le Smoking for the first time, had fled, scandalized by the idea of such garment worn by women. The beginnings of pieces belonging to the male wardrobe, appropriated by women, were born. Since then, many have said they never feel as sexy as when wearing "men's" clothes. What if it was the same for them? 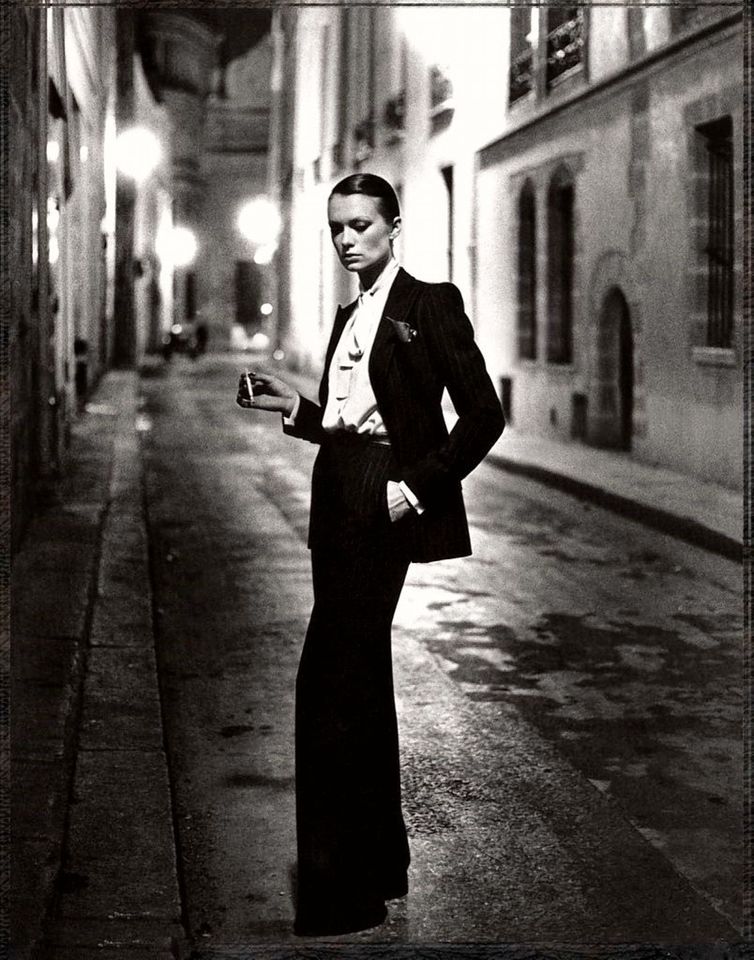 Portrait taken from the book "SUMO", 1999. By Helmut Newton.

"The garment I feel the sexiest in? A crop top!"

Interviewed by Vogue Paris while on the cover of the Men issue in April 2019, Parker Van Noord , son of Andre van Noord , one of the most famous faces of men's fashion in the 90s, said he felt the sexiest wearing a crop top . An answer reflecting a new generation of men assuming 100% of their masculinity. Before listing them, let's go back to the birth of the crop top in the history of fashion. Because contrary to what one might think, the disparaged garment was born in the 80s, in the locker rooms of what is considered the very symbol of masculinity: American football matches. When we know that, a few years later, the crop top will be banned from men's fashion, there is something to smile about.

The crop top, the ultimate element of masculinity

Although the garment is still considered a traditionally feminine style by men, it was originally an ultimate proof of masculinity - football players and athletic stars swearing by this piece. At the time, American football players began to cut their T-shirts above the navel, in order to better distribute their body heat. Gradually, more and more athletes have voted for this new length, which brings them more comfort. As often, the trend has entered pop culture, adopted by Will Smith in The Prince of Bel Air , or Johnny Depp in The Claws of the Night . If the crop top of the 1980s and early 1990s was closely linked to sport, athletics and masculinity, some icons of the time, straight or not, will also end up adopting it. We think in particular of Prince on stage, Dennis Rodman on the red carpet, or Mark Wahlberg in an advertisement for Calvin Klein . 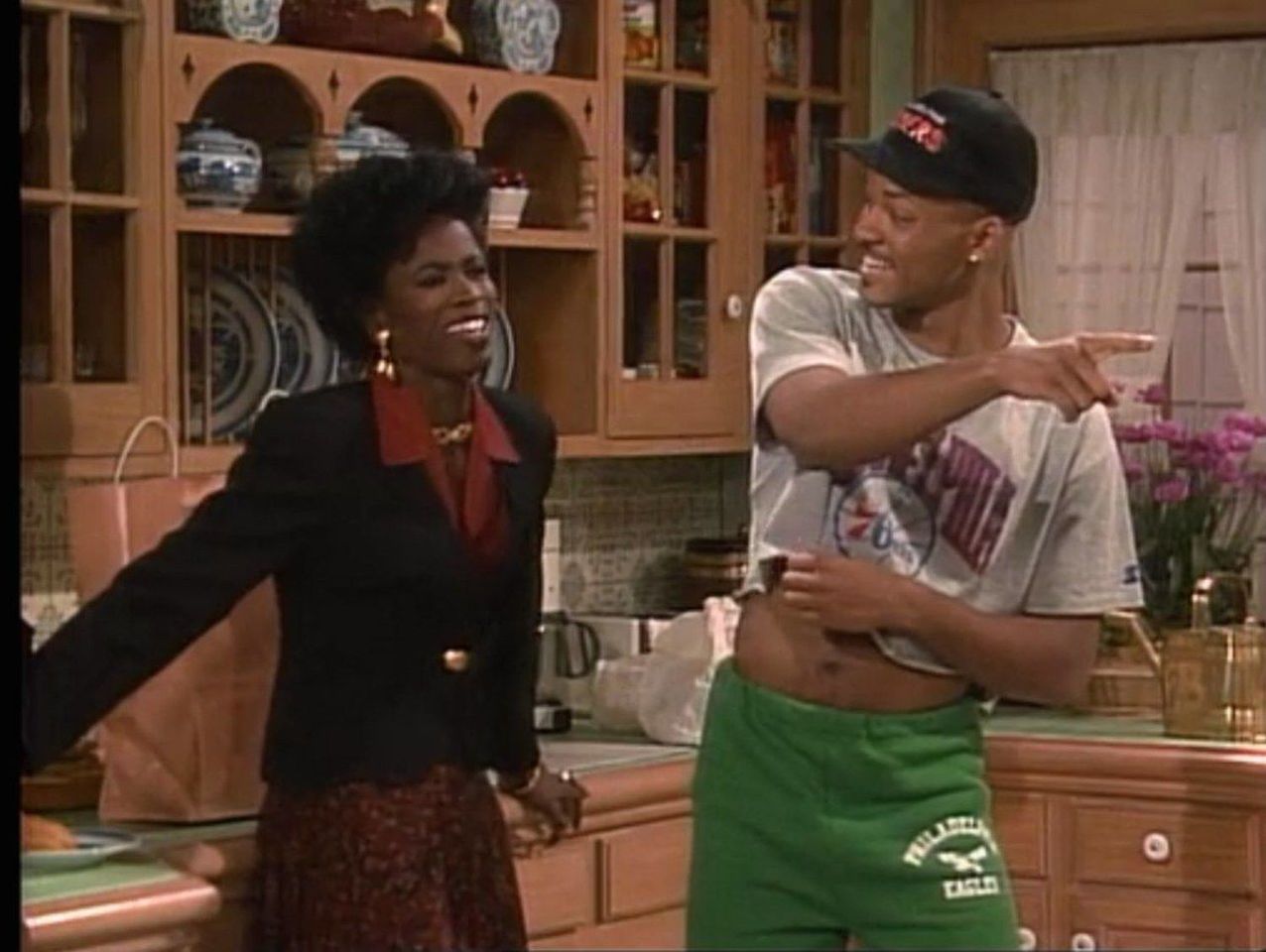 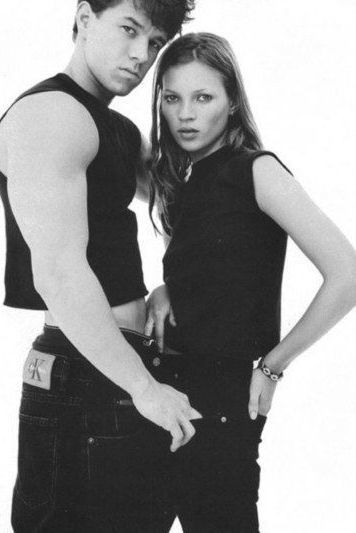 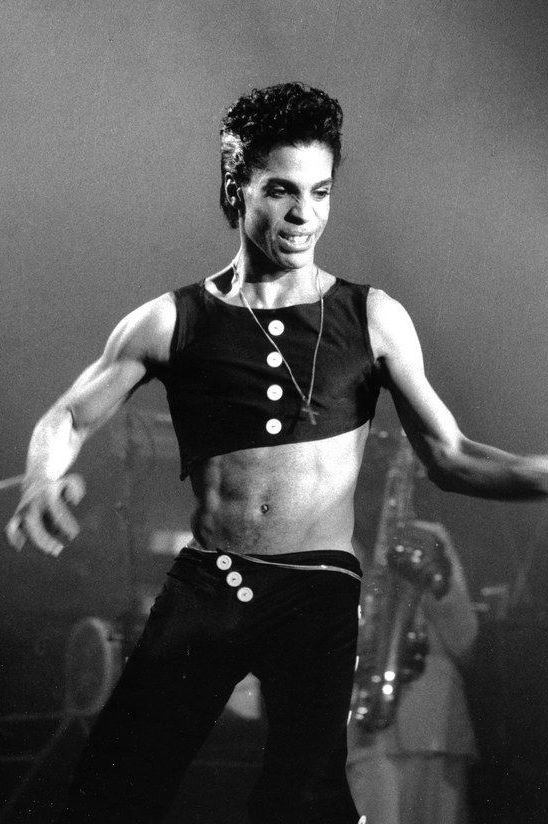 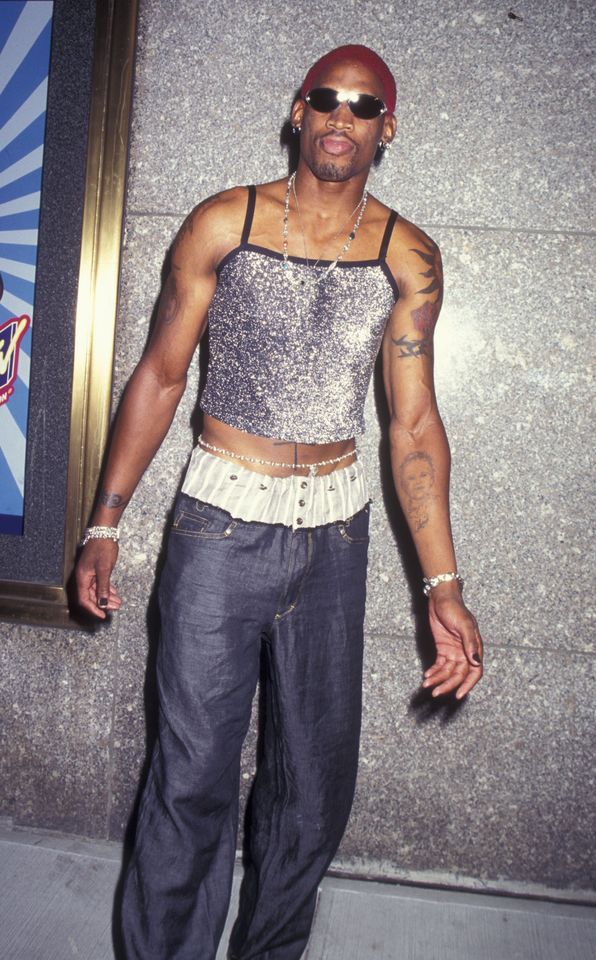 After being rejected by straight men, and considered effeminate or queer for more than two decades, the crop top is - slowly but surely - making its return to the male wardrobe. And this, thanks to a combination that always works in fashion: famous personalities who have adopted it again, and brands which reinvent it on the catwalks of the catwalks.

One thinks in particular of Harry Styles , essential icon of a gender fluid fashion, who wears in particular the crop top in the clip of his tube "Watermelon Sugar". But also Jacob Elordi , who, far from his role as ultra toxic and fragile man Noah Flynn in the famous Netflix teen movie The Kissing Booth , adopts the crop top on the cover of the men's magazine Man About Town , and even, 'ears statement. We still think of rapper Bad Bunny , who posed the time of a snapshot posted on Instagram on April 15, wearing a cropped sweater. The selfie has accumulated, at the time of writing, more than 6 million likes. In 2014, it was already Kid Cudi , who recently paid tribute to Kurt Cobain by wearing a dress on the stage of Saturday Night Live , who took the stage of Coachella wearing a crop top. Not to mention Lil Nas X and Troye Sivan , who do not hesitate to impose the crop top on the red carpet. If it is still predominantly adopted by queer people, and bears the stigmas of gender and sexuality, we still see that the crop top is making its way into the dressing room of straight men. Does this become a normalized trend? Not yet. But fashion houses are working there, offering crop tops and other laced tops for men in their collections. Among them, let us name the now unavoidable Ludovic de Saint Sernin , who goes further by declining the garment with sequins, but also the creations of Casey Cadwallader at Mugler , Palomo Spain , Fang NYC , or even Alled Martinez . 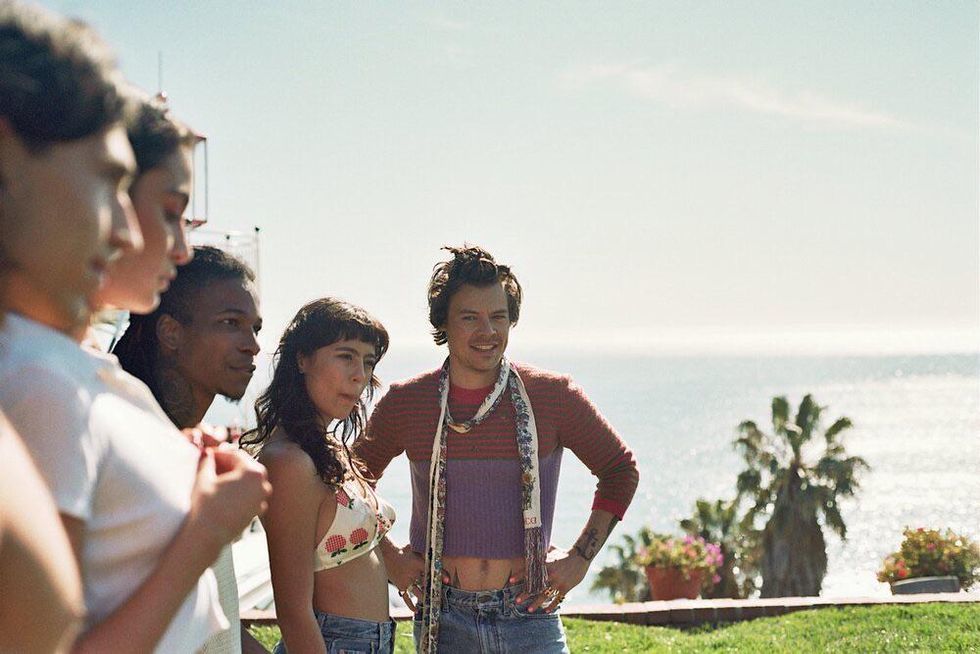 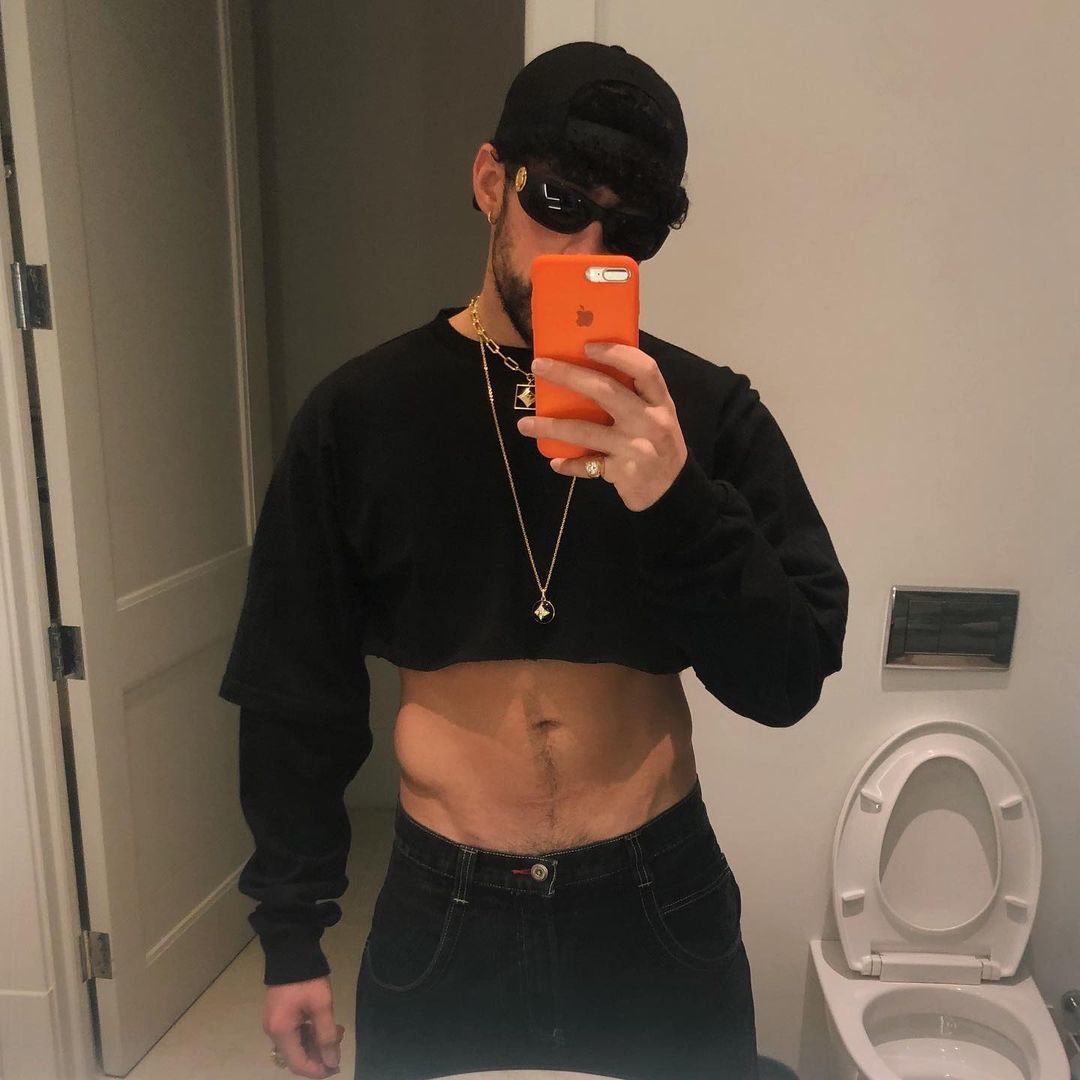 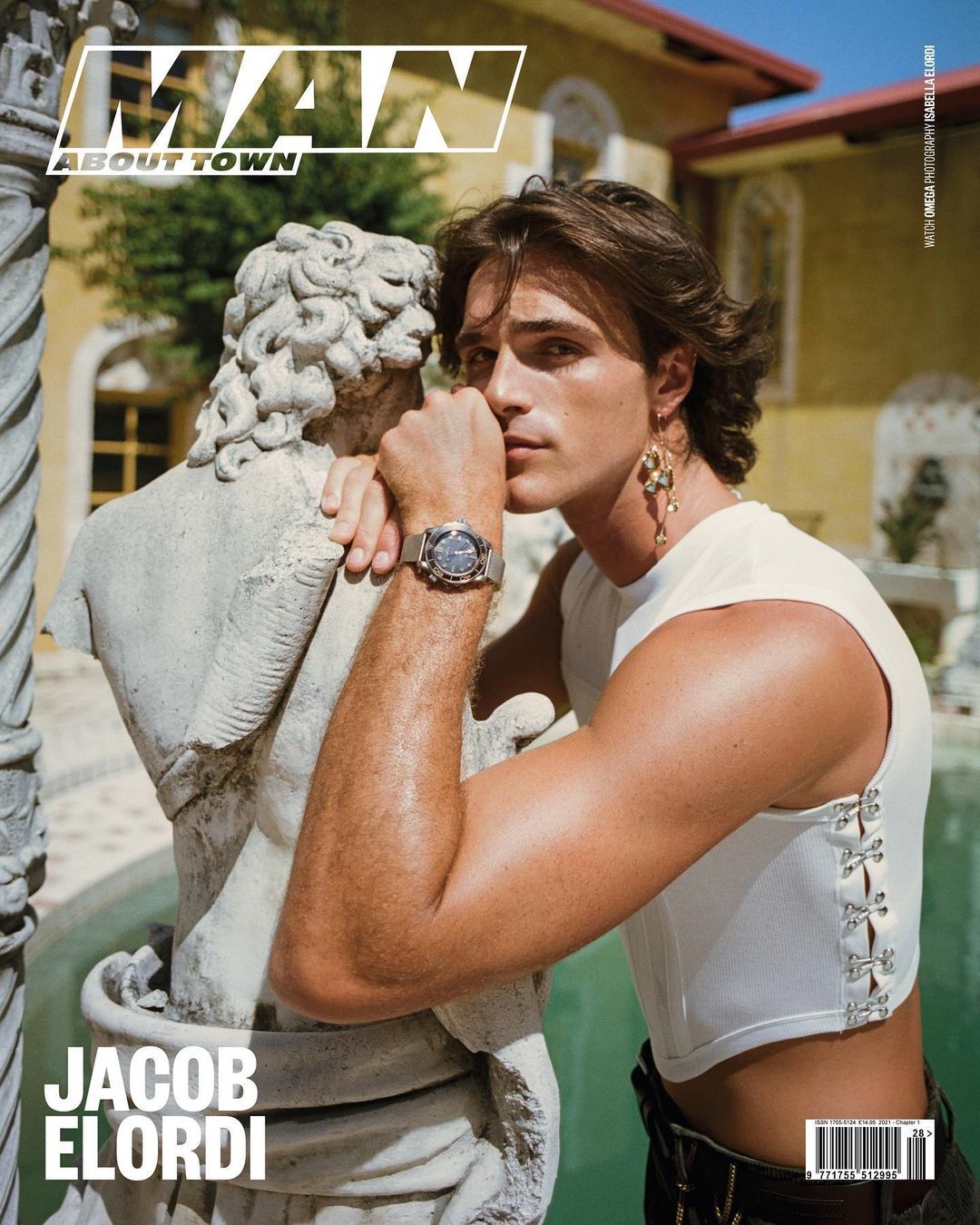 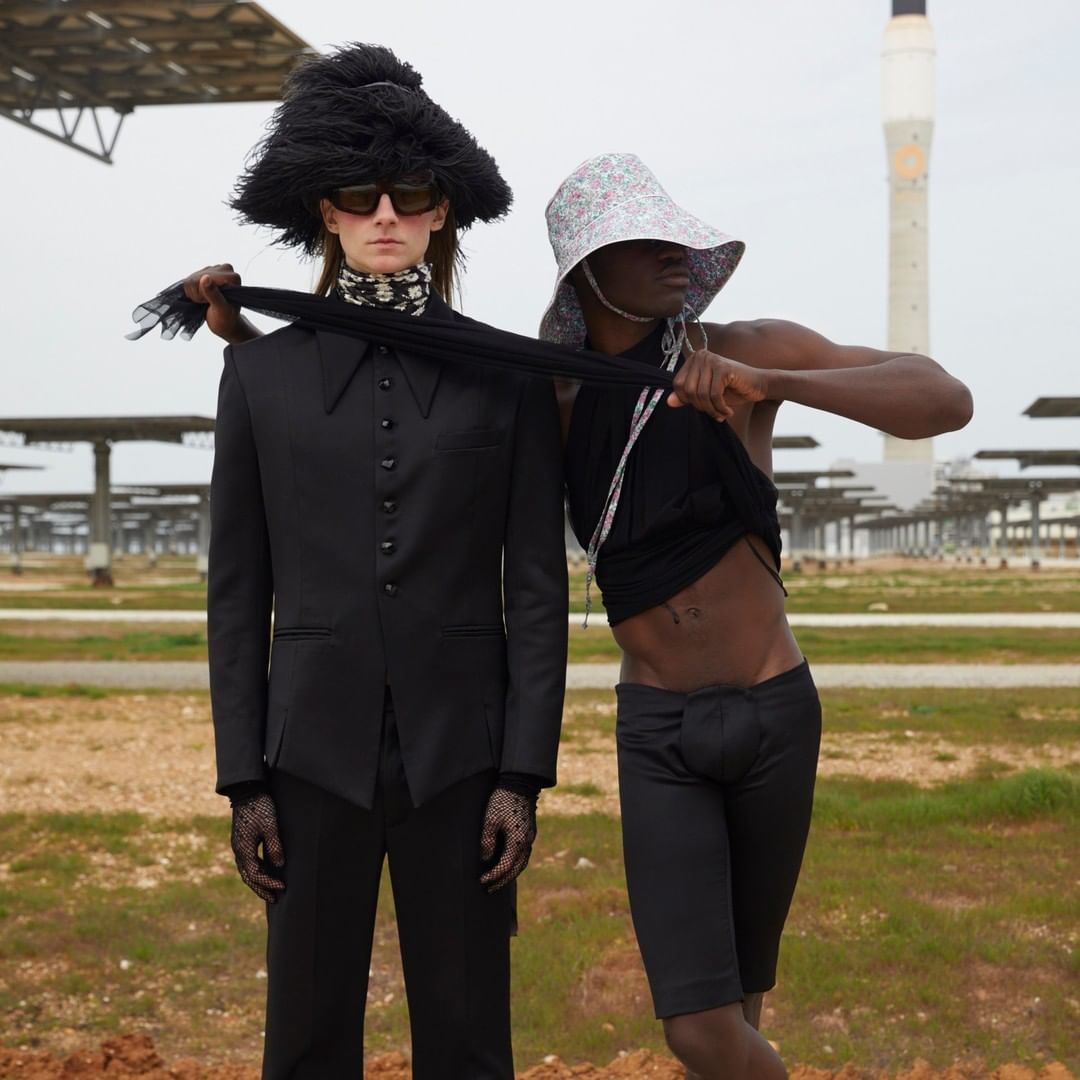 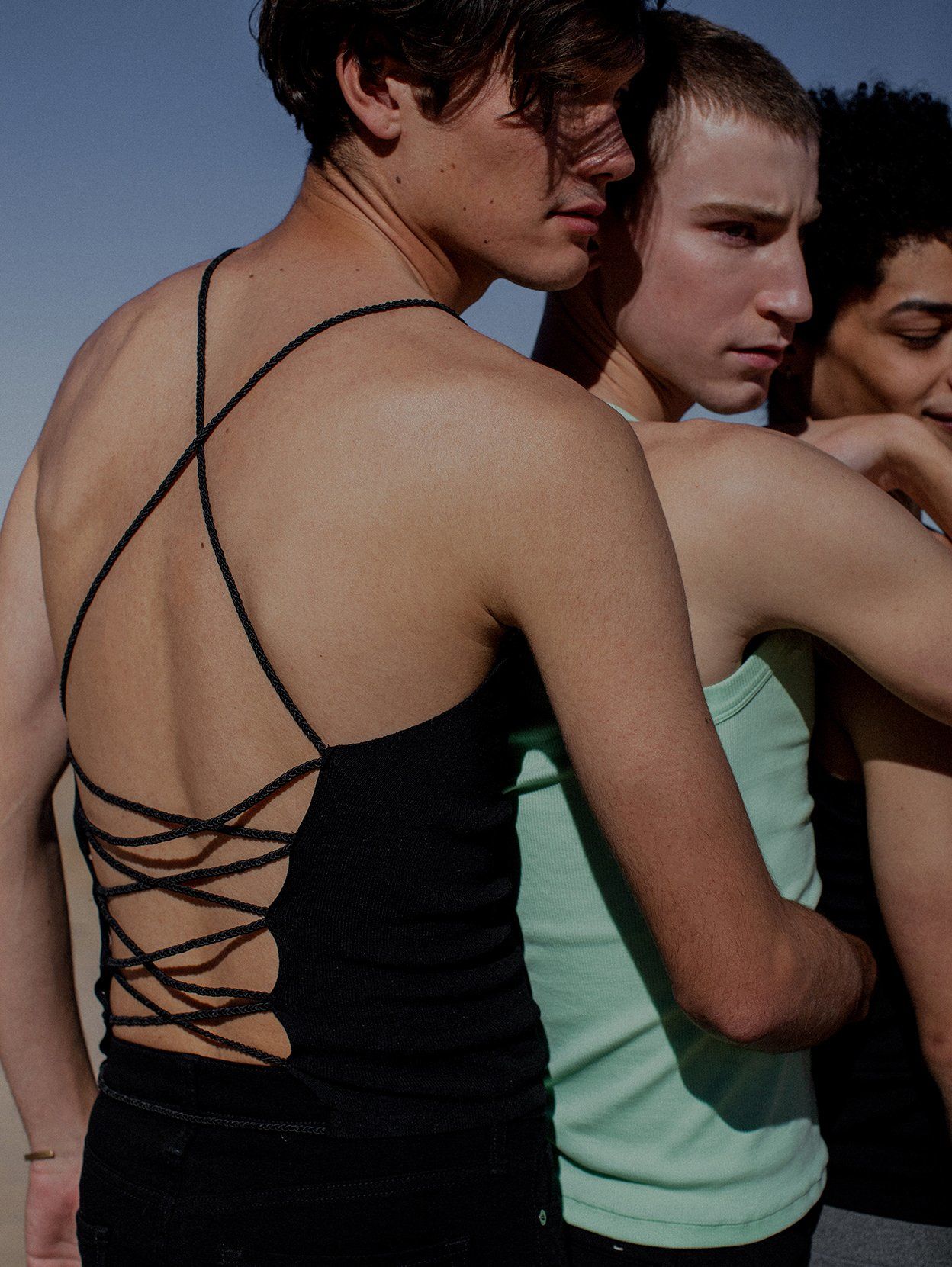