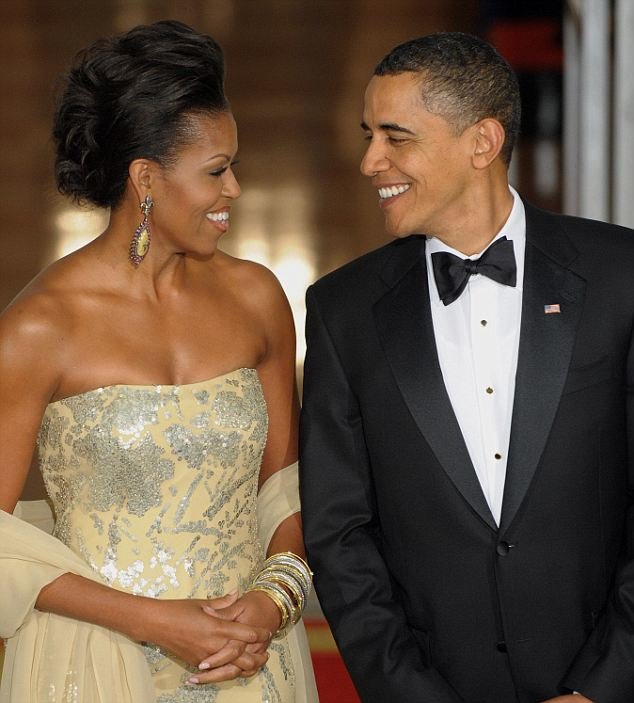 Michelle Obama and a nude scandal: Does her champagne-colour dress highlight racial bias in fashion?

Michelle Obama has once more sent the fashion world into a flurry, but this time it's not about her super-toned arms or her penchant for American brand J crew. At a recent state dinner to honour the Indian Prime Minister, the First lady stepped out in a sequin-encrusted, strapless dress in a delicate shade of peachy-pink. So far, so stylish. But it was the way the dress was subsequently described that caused the hoo-hah.

The designer, Naeem Khan explained that it was a 'sterling-silver sequin, abstract floral, nude strapless gown'.

However, when the Associated Press news agency, reporting on the event, referred to the colour as 'flesh', they were lambasted by one editor, who asked 'Whose flesh? Not hers [Michelle Obama's].'

They subsequently replaced the offending adjective with the less contentious 'champagne'.

So, is it all just a storm in a style teacup or does the episode highlight a racial bias in the fashion world?

After all, it took a while for the major beauty brands to start catering to a broad ethnic consumer base.

And the fact that you can reel off the names of black models - Naomi Campbell, Tyra Banks, Alek Wek and Jourdan Dunn - doesn' t really mean that the industry is colour-blind.

After all, how many supermodels look Chinese or Indian?

The PC brigade would undoubtedly assert that descriptions of colours as flesh, nude and skin are discriminatory, as they are usually used to refer to a pale, yellowy pinky shade, which describes a caucasian skin tone.